Amid the isolation of COVID, Michigan Alzheimer’s deaths soar

As the snow scatters, Stacy Doubrava, right, and Sarah Maynard visit their mother Mary Jane Schoendorf at the Ovid Healthcare Center, about 30 miles outside of Lansing. The ladies could not meet face to face and were forced to huddle in the snow outside the building while their mom was in a room with a telephone. (Bridge photo by Dale Young)
January 26, 2021
Robin Erb (Email)
Michigan Health Watch
Coronavirus Michigan

In the black-and-white type of a death certificate, Gene Schoendorf’s life as a mid-Michigan grocer and father of three is recorded as two data points.

One line says his death days before Christmas was from “Alzheimer’s Dementia,” which over the years stole his memories and, in the end, even his children’s names. On a second line, his death is linked to COVID-19, an infection that settled in during the last days of his life.

Schoendorf’s daughters say his death represents a third and even more complicated reality, too. In the words of Michiganders whose loved ones have been secluded in nursing homes and other care facilities during the pandemic: “Isolation kills.”

In 2020, as COVID-19 tore through Michigan, deaths from Alzheimer’s jumped 18 percent from the previous six-year average, according to a Bridge Michigan analysis of state data. Similar rises were noted nationally.

At the time of his death, Schoendorf was 94, and several years of dementia had already stripped away memories and his ability to perform basic daily tasks — shaving, showering or dressing himself.

But before the pandemic, he had been able to carry on bits of conversation. He could smile when one of his daughters walked into his room at the Ovid Healthcare Center, about 30 miles northeast of Lansing.

A World War II veteran who graduated three weeks early from high school to enlist, he beamed in his U.S. Navy ball cap, and could cheer on his MSU Spartans.

But that all changed last year, after the state issued emergency orders in March that Michigan long-term care facilities close to all but essential visitors and for essential visits, such as when a resident is close to death. The goal was to stop the spread of COVID.

Daily routines — from haircuts to shared meals or games with other residents — halted. Cherished visits with family members and loved ones, drop-ins with volunteers or clergy, even holiday parties, were put on hold.

Some residents found ways to connect virtually or at the window. Others, like Schoendorf, were simply confused by virtual visits or frustrated when they couldn’t reach out to visitors on the other side of glass windows.

Very quickly, his two adult daughters, Sarah Maynard and Stacy Doubrava, became just two more friendly but unfamiliar faces at his window. The women have come to believe that their inability to visit their dad in person, to hold his hand and talk, may have accelerated his dementia. 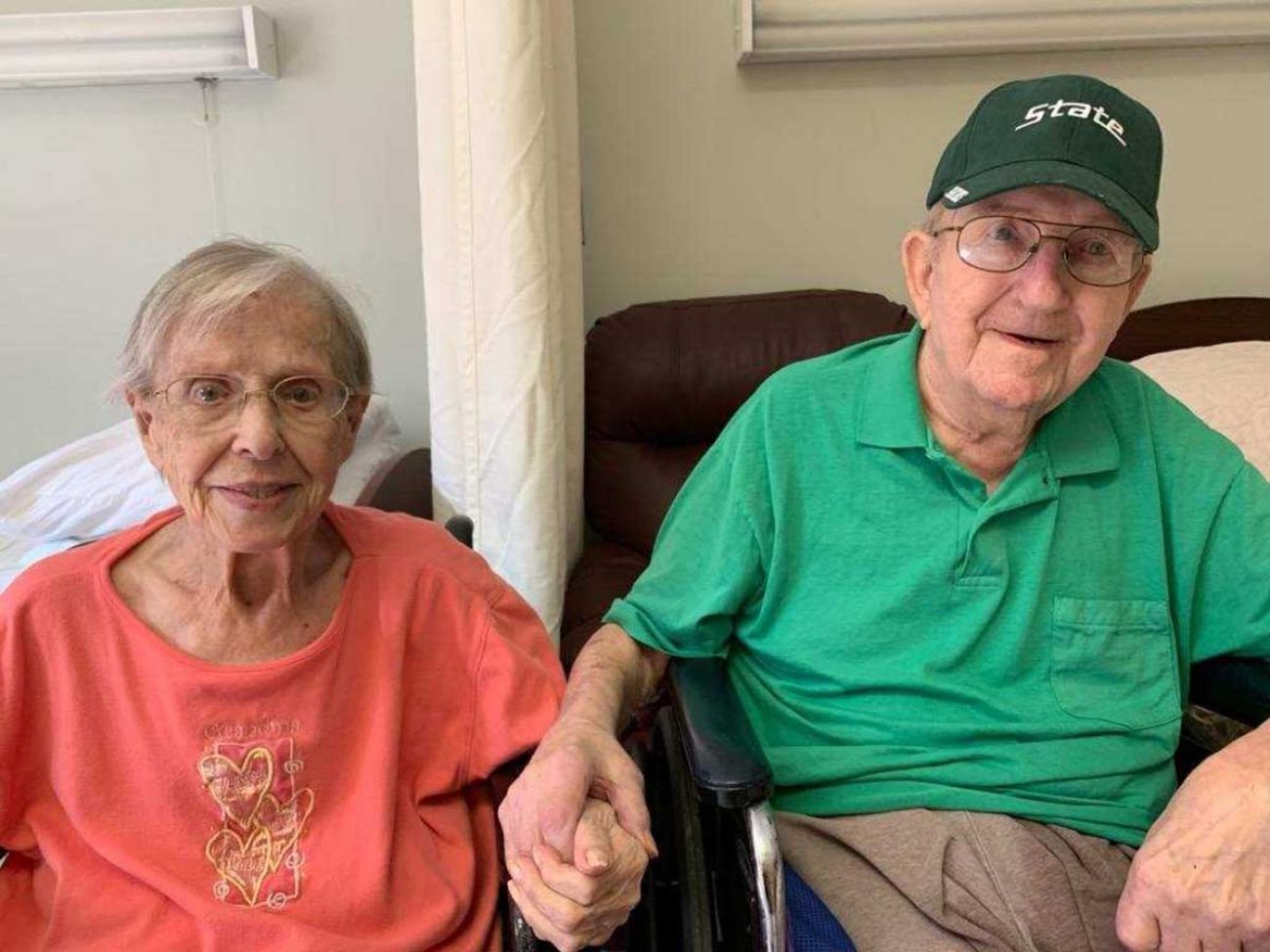 COVID is listed as a contributor to Gene Schoendorf’s death. His daughters say isolation also played a role, and they worry about their mother, Mary Jane, who is not allowed visitors in her nursing home. She, too, has been diagnosed with Alzheimer’s. (Courtesy photo)

“Once we could not get in there, we were just a friendly person,” said Maynard, a special education instructor who lives in Elsie in Clinton County.  “You know, it's that physical presence that makes a difference, and it wasn't happening.”

“When we couldn’t go in any more, I started telling staff members, ‘You are more family now,’” Doubrava said. “That was a reality thing for me.”

A growing body of research suggests a link between extended isolation and poorer outcomes for seniors, posing a health risk much like smoking, obesity and physical inactivity. State death data from 2020 would seem to lend credence to the theory.

From 2014 to 2019, Michigan recorded an average of 4,100 Alzheimer’s related deaths each year. In 2020, it recorded 4,838, an 18 percent jump over the previous years. (Similar spikes were seen in deaths from strokes, aneurysms and diabetes among older residents.)

Emotional health is tied to chemical and physical changes that directly affect overall well-being, said Sheria Robinson-Lane, a gerontologist at the University of Michigan who specializes in, among other things, caregiving for people with dementia.

“You can’t take a pill for loneliness,” Robinson-Lane said. 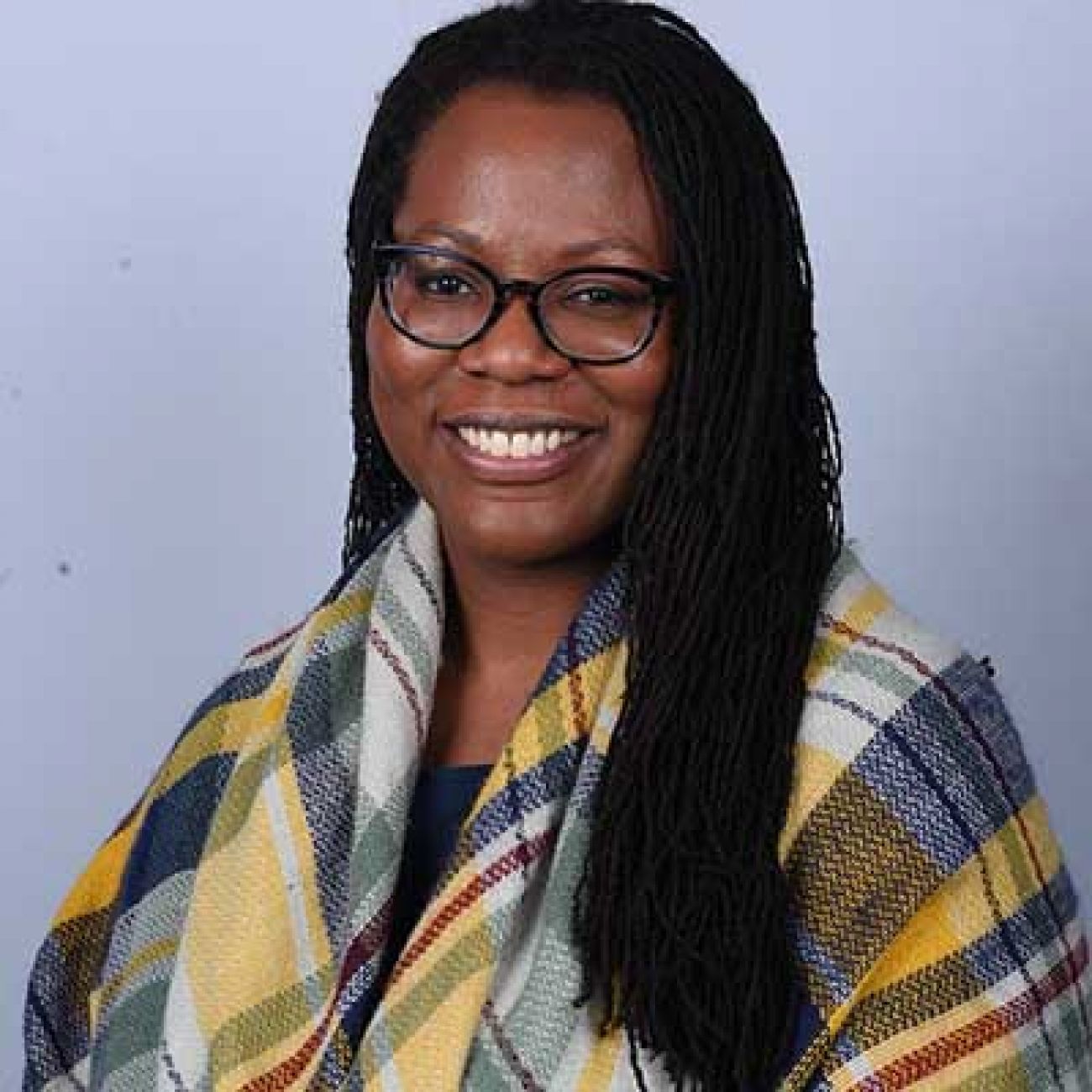 Consider the physical sensation of butterflies in your stomach when you’re nervous or attracted to someone. In the same way, other emotions — sadness or anxiety — may suppress the desire to eat or to otherwise forge forward, Robinson-Lane said.

Even in the best of circumstances, residents in long-term care, especially, often have experienced multiple losses, such as among friends, spouses and loved ones, pets, favorite pastimes, or from missing the comfort of home. This contributes to “complicated grieving,” when feelings of loss can be overwhelming and do not improve with time.

“Now you add on top of that, all of these different layers, being further socially isolated as a result of the pandemic,” Robinson-Lane said. “It absolutely does create more depression, more anxious spaces for individuals that can ultimately contribute to their death.”

Loneliness from isolation can itself be viewed as a chronic condition. Even before the pandemic, studies linked loneliness to hypertension, for example, more doctors visits and nursing home admissions, according to Maureen Mickus, a gerontologist and professor in occupational therapy at Western Michigan University.

Staff from some of the state’s 16 Area Agency on Aging offices are reporting increases in loneliness from isolation, LaLumia said: “In most places, and especially some of the rural areas, it has been described as extreme isolation.”

At Ovid Healthcare Center, Gene Schoendorf continued to decline, even as his wife, Mary Jane, 92, was moved there, too, during the pandemic after a lengthy hospitalization. Though just down the hall from each each other, the couple of more than 60 years mostly were separated by policies intended to keep residents and staff safe from COVID, the daughters said. Indeed, one of the early and most painful lessons of the pandemic was how swiftly the virus could tear through the nation’s senior care facilities.

Then in December, Gene and Mary Jane were each diagnosed with COVID-19, though neither had severe symptoms, according to their daughters.

On Dec. 18, the nursing home alerted the family that Gene Schoendorf was “actively dying,” allowing Maynard to briefly visit and hold his hands in the semi-darkness through gloves, mask, gown and face shield — the only touch she’d been allowed with him since March.

He slept, only to die, without family, hours later, the daughters said.

That afternoon, the daughters delivered the news to their mother.

They had called ahead so that staff could support her in her grief.

“She broke down. She sobbed ‘What am I gonna do?’” Maynard said.

And as she has said often this past year, their mom repeated: “I just want to die.”

Now that most nursing home residents in Michigan have had at least one vaccine in the two-dose regimen approved in the United States, and as COVID case numbers decline throughout the state, the two sisters say they believe the state must find a way to relax visitation bans at long-term care facilities.

“I could help them figure out what works and what doesn’t work,” said daughter Stacy Doubrava, a retired nurse.

“They’re on the inside and I’m on the outside. I’m willing to try to figure out ways to make this work. I’ll volunteer.

“I’ll do whatever to get the foot in the door.”