COVID treatment pills in Michigan. But only a few will get them, for now.

Michigan Health Watch
COVID treatment pills in Michigan. But only a few will get them, for now.

Two antiviral pills meant to help people with COVID ward off severe infection made their way to Michigan this week.

But a severely limited supply and narrow eligibility criteria mean that getting them anytime soon won’t be easy, even as Michigan is seeing record volumes of new COVID cases.

“Unfortunately, there will be people that cannot receive medication because it's just not available to them yet,” said Dr. Gregory Gafni-Pappas, president of the Michigan College of Emergency Physicians, told Bridge Michigan.

The Food and Drug administration authorized the two drugs in the waning days of 2021 — Paxlovid on Dec. 22 and molnupiravir, also known also by its brand name, Lagevrio, on Dec. 23. The Paxlovid pill — approved for people age 12 or older with mild to moderate COVID  — was particularly  welcome because early research showed its effectiveness against the new  omicron variant, which is rapidly coursing through Michigan.

Manufacturers began shipping supplies of the pills to the states through a tightly rationed federal allocation process, with the first courses arriving in Michigan over the past week.

As of Monday, the state had been allocated just 1,600 courses of Paxlovid, which manufacturer Pfizer reported is 89 percent effective against hospitalizations. It also received 7,480 courses of molnupiraver, which has a far lower, 30-percent effectiveness rate, according to the U.S. Department of Health and Human Services.

Most of the antiviral pills have been distributed to 10 Meijer pharmacies in southeast and east Michigan, regions hardest hit by the omicron-fueled COVID surge. 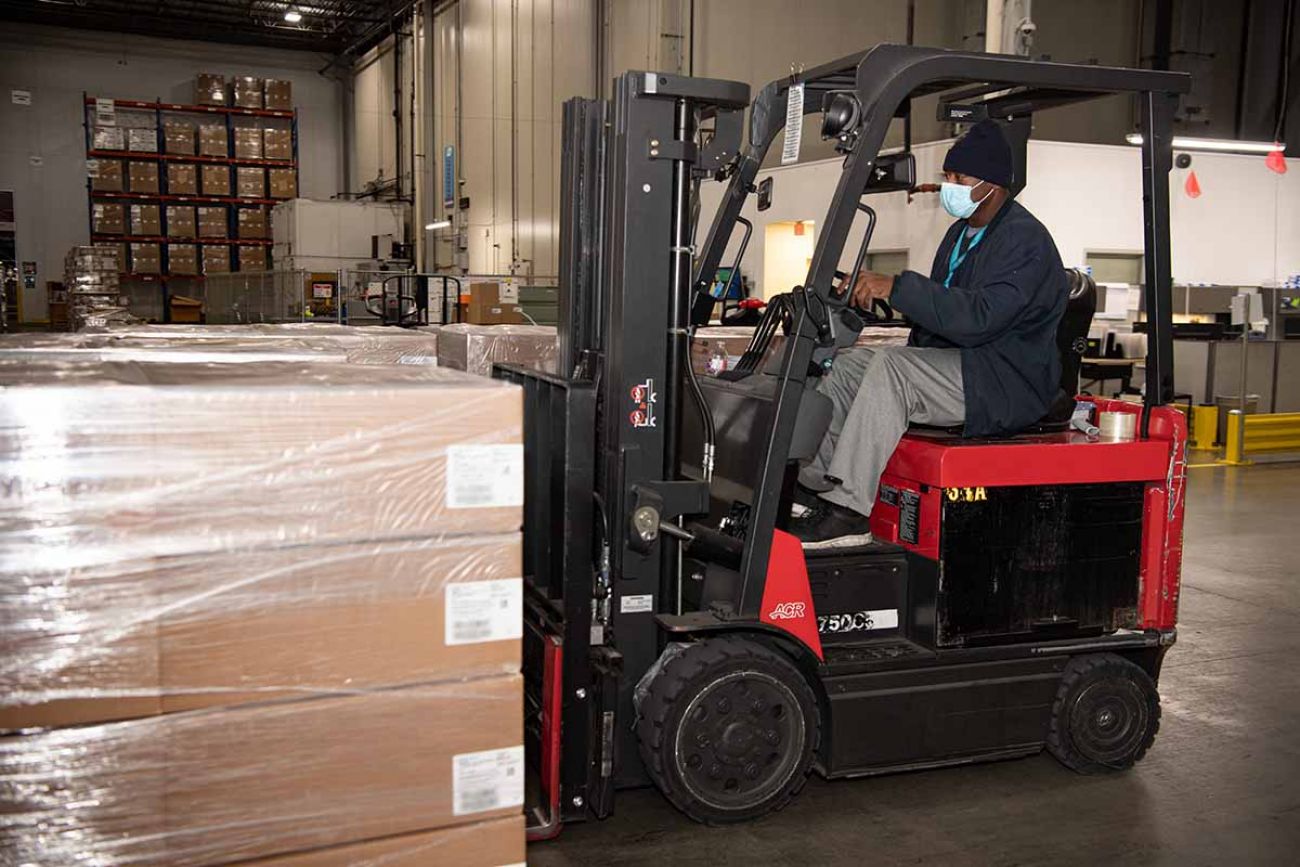 Pfizer has begun to ship Paxlovid to Michigan and other states through a federal allocation process, but supplies are limited. (Pfizer courtesy photo)

A handful of federally-qualified health centers — which serve mostly low-income and underinsured residents — will receive allocations directly from the U.S. Department of Health and Human Services, said Anne Scott, operations officer for the Michigan Primary Care Association, which represents those clinics.

The Biden administration announced on Dec. 22 — the same day that Paxlovid was authorized — that it had pre-purchased  10 million courses. But the drug is complex to make, and that meant just 250,000 courses would be available in January, according to the White House.

Even though the federal government has reportedly since doubled its order, it’s unclear how many courses are targeted for Michigan and when they will arrive. The next shipment is expected Jan. 10, according to the Michigan Department of Health and Human Services.

Both antiviral drugs are prioritized for immunocompromised patients, those 65 and older who aren’t “maximally vaccinated,” and other risk groups. The pills are most effective when given within days after an infected person first shows symptoms.

“Our goal is to prevent healthcare from collapsing,” she said. “We're trying to use those drugs in a very strategic way — to take care of the most vulnerable, the most in need, and to prevent the most number of severe cases and deaths,” she told Bridge Michigan Thursday.

The drugs also are restricted by limits set by the FDA and by how they interact with other drugs. Paxlovid is authorized for those 12 and older; molnupiraver is authorized only for people 18 and older.

With record volumes of new COVID cases in Michigan and more than 4,500 people hospitalized as of Wednesday with confirmed or suspected COVID, doctors are having difficult and sometimes lengthy conversations with sick patients who don’t meet criteria for the pills, said Gafni-Pappas, who also is associate medical director of emergency medicine at St. Joseph Mercy Chelsea and rounds at St. Joseph’s in Ann Arbor.

“I do feel bad about it,” Gaffi-Pappas said of conversations with patients about the limited supply of monoclonal antibody treatments. “But I also understand … As soon as that patient leaves who is likely going to recover from COVID, the next patient I have is an older person with a lot of comorbidities.”

Doctors must also be vigilant to ensure patients aren’t on medications that don’t interact well with antiviral pills, said Dr. Srikar Reddy, president of the Michigan Academy of Family Physicians. Molnupiravir, for instance, may cause fetal harm if used by pregnant women, according to the FDA.

Priority guidelines that include the unvaccinated — who are at greater risk to become hospitalized or die from COVID — have also met backlash from some health leaders. Dr. Matthew K. Wynia, director of the Center for Bioethics and Humanities at the University of Colorado, told the New York Times that giving unvaccinated patients first crack at antiviral pills feels “like you are rewarding intransigence.”

Still, the antiviral pills are another tool to curbing the steep surge now sweeping Michigan and the globe.

“Things are changing fast,” Reddy said of the pandemic and the skyrocketing case rates in Michigan. “Something is better than nothing. This is an added benefit.”