This flu season looks deadly. Yet much of Michigan won’t get its shot.

Michigan Health Watch
This flu season looks deadly. Yet much of Michigan won’t get its shot.

GRAND RAPIDS—As she waited for a flu shot on Thursday at a Grand Rapids public health clinic, Ellen Stuart recalled when she first moved to the city more than 40 years ago.

“I came down with the flu and was sick for two weeks,” she recalled. “I was flat on my back. Next year, I got the flu again.”

So she decided to get a flu shot the following year ‒ as she’s done every year since.

But amid indications of what could be a particularly deadly flu season, which unofficially began Oct. 1, recent history says wide swaths of Michigan may not be as prepared for what’s to come. That could pose challenges in a state with flu vaccination rates below the national average.

In the Upper Peninsula’s Menominee County, just 14.3 percent of adults got the flu shot last flu season – last among the state’s 83 counties. Among children 6 months to 18 years old, it was nearly as bad, as only 15 percent got flu shots, second worst among counties.

And low rates are not confined to rural Michigan.

In Detroit, according to the Michigan Department of Health and Human Services, just 13 percent of adults received flu shots last season – worse among adults of any county. Among children 6 months to age 18 in Detroit, 18 percent got flu shots. That ranked below all but three counties.

“This is an extremely important issue,” said Bob Swanson, who directs the MDHHS Division of Immunization. “Influenza is just like any preventable disease. The way you can stop it is to get herd immunity.”

The stakes are real – according to federal estimates by the U.S. Centers for Disease Control and Prevention, upward of 1,300 people may have died of the flu in Michigan in the 2018-19 flu season, with more than 1,700 estimated deaths from flu in each of the two flu seasons before that year. According to the CDC, 70 percent to 90 percent of flu deaths occur among those 65 and older.

In the past decade, according to MDHHS, Michigan also has recorded 35 deaths of children under age 18. 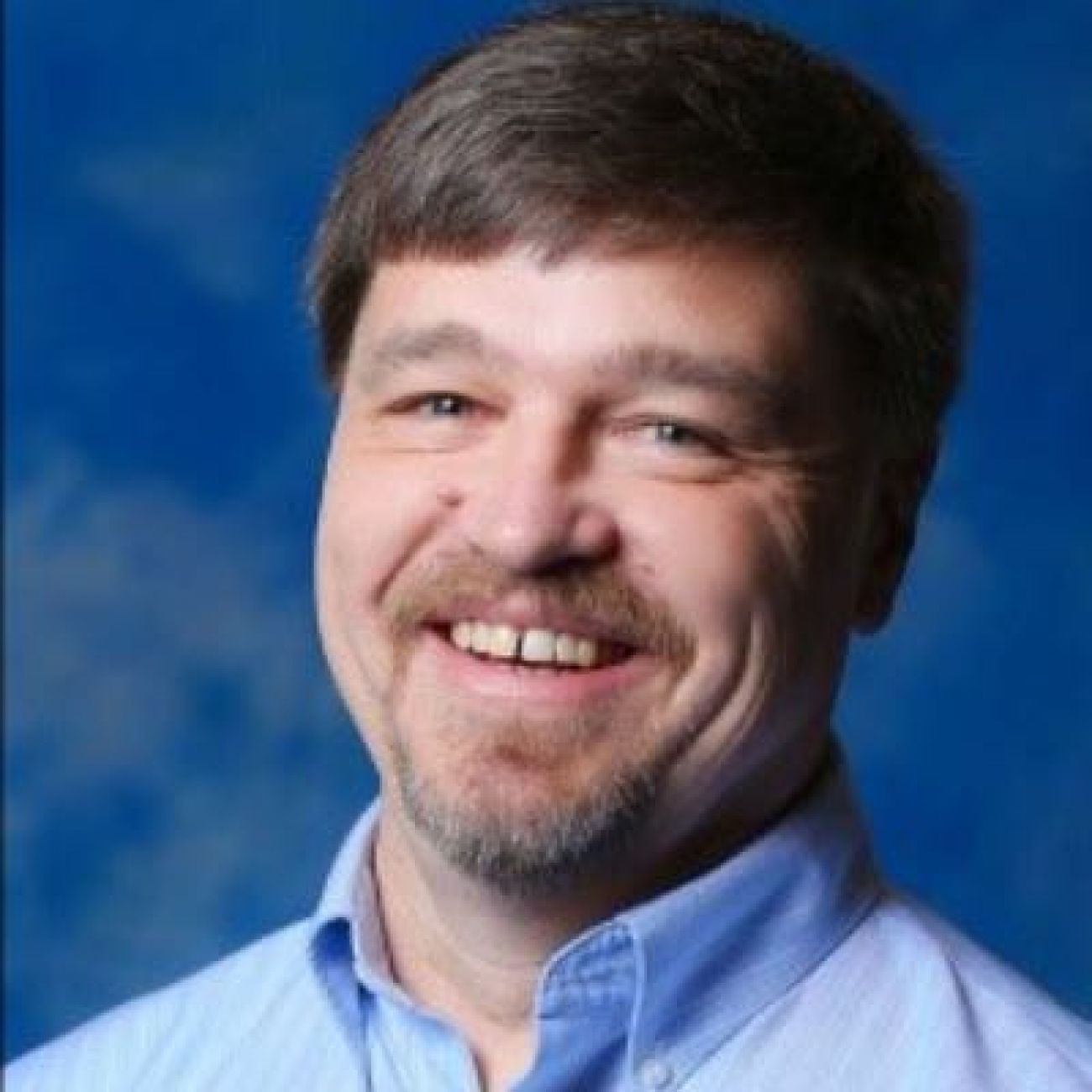 Death estimates are based on a mathematical model that weighs reported hospitalizations for flu and an analysis of death certificates. The CDC estimates that as many as 61,200 died nationwide from flu in the 2018-19 flu season and 79,000 the previous season – the deadliest in four decades.

Overall, MDHHS found that just 30 percent of Michigan adults 18 and over got flu shots last season.

That’s far below the federal estimate for Michigan, however.

The CDC estimates 46 percent of Michigan residents 6 months and older got flu shots for the 2018-19 flu season, below the U.S. average of 49.2 percent.

Michigan officials acknowledge its official count understates immunization because some providers fail to submit vaccination reports to the state.

There is evidence to suggest this U.S. flu season will be challenging.

Australia’s 2019 flu season began earlier than usual, as the number of deaths approached those in 2017. This year’s season was dominated by the H3N2 strain, which causes more hospitalizations and deaths than other strains.

The U.S. flu season got off to an early and sobering start, as California health officials announced in September that a 4-year-old child died after testing positive for the flu.

And while vaccination does not guarantee protection from the flu, experts say a flu shot cuts down the chances of serious illness or death. CDC estimates that flu vaccines reduce the risk of flu by 40 percent to 60 percent when vaccines are well-matched to circulating viruses.

To be sure, predicting which viruses to include in each year’s vaccine can be a crapshoot. The CDC found that U.S. flu vaccine’s effectiveness over a decade ranged from a low of 19 percent in the 2014-15 season to a high of 60 percent in 2011-12.

Still, a report from the CDC cites a 2017 study that found flu shots “significantly reduce” deaths in children from the flu. Another study found that flu shots for those 65 and older reduced hospitalization for flu or pneumonia by 27 percent and death by 48 percent.

The CDC recommends that almost everyone age 6 months and over get an annual flu shot.

Mark Hornbeck, spokesman for AARP Michigan, said the group continues to pound the message of the need for seniors – especially – to get flu shots.

“It’s hard for me to imagine that people don’t understand that flu shots are important. But it never hurts to reinforce that message,” Hornbeck said.

But judging by surveys of adults who don’t get a flu shot, there is still considerable skepticism about how well it works – or even whether it’s safe.

A national survey of adults during the 2009-10 flu season by the Rand Corp. found that 28 percent of those who did not get a shot reported it was because, “I don’t need it.” Another 16 percent did not “get around to it,” while 14 percent said they didn’t believe in flu shots and 14 percent feared side effects.

“It’s a matter of how far people can travel. There are a lot of barriers to living in rural areas. Access is always a problem,” VanHowe said.

And there’s evidence that doubts and mistrust about vaccines run deeper among black and low-income adults, which might help explain the notably low vaccination in Detroit, in which 38 percent live in poverty.

A Tennessee survey of 4,000 residents found that African Americans, rural residents and lower-income residents were “significantly less likely” to be vaccinated for the flu. But it found that gap was less a function of access to the vaccine than a sense that a shot was not necessary or that it would make them ill. Just 8 percent reported asking for a vaccine and not receiving it.

Three-fourths of those surveyed had risk factors identified by the CDC as reasons to get a shot. But 41 percent of those declined to get one.

If studies elsewhere are an indication, minorities are also more likely to be hospitalized and die from the flu. 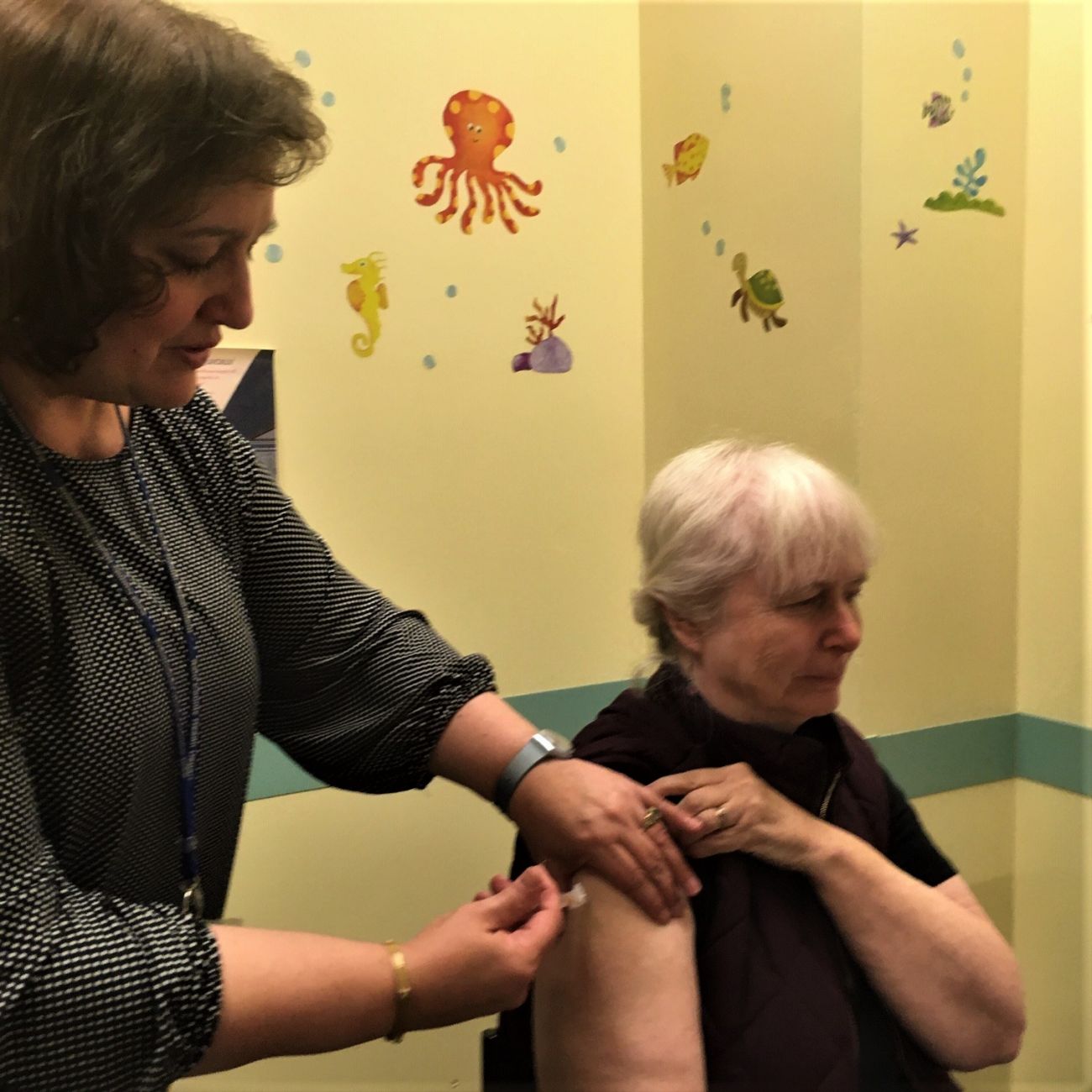 In the meantime, MDHHS promotes immunization on several fronts, including a partnership with IVaccinate, which pushes out social media posts, information on the website and outreach to the media.

It hosts an annual flu webinar with Michigan State University-Extension that this September drew about 1,200 health care providers including physicians, nurses, and pharmacists, focused on vaccine recommendations and strategies to improve flu vaccination rates.

MDHHS also promotes an annual college and university flu challenge, a competition among Michigan schools aimed at driving up vaccinations among students – an age group that typically has the lowest overall immunization rate.

Despite those measures, it could be that persistent warnings about the alleged dangers of vaccines by anti-vaccine groups are holding down Michigan’s vaccination rate as well.

In the video, London cautioned: “As the anti-vaccine movement spreads, so has our vulnerability to infectious diseases that used to be under control.”

He warned in the video of the spread of measles, as more than 40 cases of measles in Michigan have been confirmed this year by MDHHS and more than 1,200 cases nationwide. According to CDC, nearly 90 percent of those infected were unvaccinated or had unknown vaccination status. Measles was thought to be all but eradicated in the U.S. by the year 2000.

The video was watched more than 4,000 times, an unusually high number – with more than 100 viewers weighing in.

Another added: “I'm just curious, if this product is so great why does it have to be shoved down everybody's throats?”

“We call them the vaccine hesitant. There’s a certain segment you are never going to reach,” said Steve Kelso, spokesman for the Kent County Health Department.

That might include members of Michigan for Vaccine Choice, a Troy-based nonprofit group that opposes mandatory vaccination and warns of serious injury and death from vaccines.

“Flu vaccine is pushed on vulnerable populations, exposing them to a litany of chemicals that can, individually, cause injury,” Connie Johnson, the group’s media director, told Bridge in a statement.

“In fact, there are studies that show a person who gets flu vaccine two or more consecutive years is more likely to become ill. With the flu.”

Despite that assertion, a 2018 study of hospitalized flu patients in Spain published in the Canadian Medical Association Journal concluded: “Repeated vaccination for influenza was highly effective in preventing severe and fatal infection caused by influenza in older adults.”

The CDC notes that hundreds of millions of Americans have received flu vaccines over the past 50 years, adding that “there has been extensive research supporting the safety of flu vaccines.”

That sounds about right to Jim DuRussel, a Grand Rapids resident who recently stopped at a suburban Walgreen’s for his annual shot. DuRussel said he’s a believer in the science behind flu shots.

“I’ve been getting flu shots for probably the last 35 years,” said the 77-year-old Grand Rapids resident.

“Obviously I want to prevent coming down with the flu. I think (the shot) probably does work. I never had the flu.”

Mike Wilkinson contributed to this article. 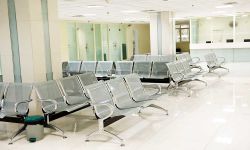 Michigan redistricting panel saves metro Detroit for last. Is that a mistake? 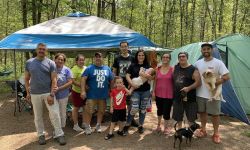