The appeals court's unanimous decision means the state’s emergency order remains unenforceable, for now, as litigation over its validity proceeds. Whether the state will press ahead in the courts to enforce the ban is unclear. The Michigan Department of Health and Human Services deferred questions from Bridge Magazine to the Michigan Attorney General’s office.

The Attorney General’s office did not immediately respond to requests for comment Thursday.

In a harshly worded, 13-page concurring opinion attached to the ruling, Judge Mark Boonstra called Gov. Gretchen Whitmer’s order “government overreach” and found a way to lodge criticism of the governor’s response to the coronavirus outbreak, which was not a part of the vaping litigation.

Boonstra, appointed by Republican Gov. Rick Snyder, said he was writing separately “because sometimes we as Americans need a wake-up call.”

Boonstra tied the vaping ban to the Democrat governor’s executive orders during this year’s COVID-19 pandemic, writing “you might ask, what does COVID have to do with vaping? Well, maybe nothing. Our Governor has herself linked the two, however.”

“Liberty” is similarly threatened by a pandemic lockdown and the vaping products ban, Boonstra wrote: “As the adage goes, ‘give them an inch and they’ll take a mile.’ Amid the COVID-19 pandemic, that adage has new meaning. It even applies to vaping.”

In September — as the U.S. Centers for Disease Control and Prevention reported a rash of vaping-related illnesses — Whitmer proposed banning flavoring in e-cigarettes and other vaping devices in the state. (Public health officials ultimately linked those illnesses, including some deadly cases, to a Vitamin E acetate additive.)

Whitmer’s public health emergency order made Michigan the first state in the nation to ban flavored nicotine vaping products. Other states in the following weeks did the same.

At his Upper Peninsula vape shop in Houghton, Marc Slis, a plaintiff in the lawsuit, said Thursday he was relieved by the ruling. 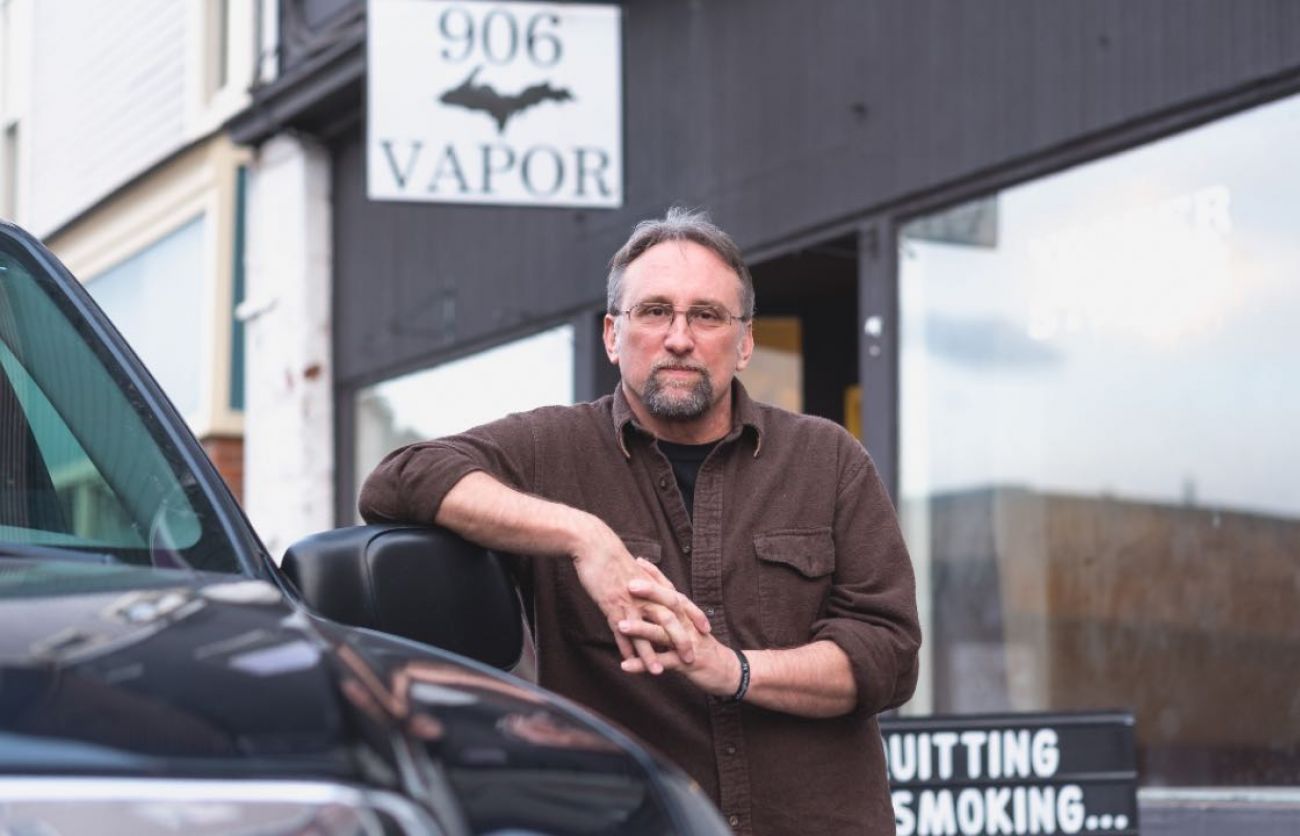 The owner of 906 Vapor became the face of businesses who pushed back against the September public health order. He and others argued that they would lose their shops as consumers turned to online sales. Further, the ban — he argued — backfired as a public health effort because it would drive adult vaping consumers back to combustible tobacco, such as cigarettes.

Slis had resumed selling his products after Court of Claims Judge Cynthia Diane Stephens granted a preliminary injunction in November against the state ban.

While Whitmer’s order may never take effect, it appears to have contributed to extraordinary restrictions on the vaping industry.

In Houghton, Slis has been selling products curbside only because of the COVID-19 pandemic. On Thursday, he was erecting polyacrylic sneeze shields to reopen for in-store foot traffic this holiday weekend.

“I’m extremely tired from this past 9 months,” he said. “This issue and this ruling was never far from my mind. It was my livelihood and the lives of my customers.”