Michigan infant, whose death was tied to COVID, had serious health troubles

A 2-month-old boy — who Michigan’s top health official said this week had died from COVID-19 — had serious health conditions beyond the virus.

The child was born with gastroschisis, a birth defect in which a baby’s intestines develop outside the body. The condition was listed as the cause of his death Sunday, according to the Milwaukee County Medical examiner’s office, with the coronavirus as one of two complicating factors.

The child died at Children’s Hospital of Wisconsin, but had been home recovering with his parents at their home in Gladstone in Michigan’s Upper Peninsula, according to both his death report and a gofundme.com page set up to raise funds for a gravestone and funeral expenses for the boy.

The medical examiner's report, obtained by Bridge Michigan, listed two complications contributing to the infant’s death: necrotizing enterocolitis, in which bacteria causes inflammation and infection in the bowels, and COVID-19.

While gastroschisis is listed as the cause of death, the report said in the first line, "This 2-month-old infant died from COVID-19. He had GI symptoms of the disease, which exacerbated tenuous congenital defects."

The baby’s death was made public on Wednesday when Dr. Joneigh Khaldun, the state’s chief medical executive, cited it at a media event. Without mentioning the boy or his family by name, she said that it highlighted how the coronavirus can be dangerous to people of all ages, even children.

"Children are not spared from this disease, either," she said. "I was so saddened to hear this week of a 2-month old baby in Michigan who died because of COVID-19, and my condolences go out to [his] parents and family."

Studies, she said, show that children are less likely to get “severely ill” from the virus, but “they still can.”

Bridge Michigan could not reach the child’s parents and is not naming the infant. (A reporter with the Detroit Free Press reached the mother Thursday, but she declined to comment.)

Bob Wheaton, a spokesperson for the Michigan Department of Health and Human Services, said the state follows national standards. The death must be natural, the virus must be confirmed through a COVID-19 test, and the death must be within 30 days of the onset of COVID-19 or — if longer than 30 days — the “certifying physician identifies COVID-19 as a contributing factor to death,” Wheaton wrote in an email.

Statewide since the pandemic began, “there are fewer than five deaths” from COVID-19 among children ages birth to 19, Wheaton said.

According to the medical examiner's report on the two month old, doctors had already repaired the baby’s abdominal complications after his birth. After surgery, he was offered “exceptional, incredible care” at C.S. Mott Children’s Hospital in Ann Arbor, according to his obituary.

The photo on the family’s gofundme page shows a smiling little boy with spiked hair, swaddled in a blanket decorated with colorful, spotted dinosaurs.

He “was full of smiles and snuggles for his 74 days of life, bringing joy and happiness to his family and every doctor, nurse, and person who met him,” according to his obituary.

The mother wrote on the gofundme site that on Sept. 7, as the infant’s family worked on some home improvements and were grilling outdoors, the baby began throwing up and developed diarrhea.

The couple wanted specialists, and decided to return to Mott, but “bad weather moving throughout the midwest didn't allow for the helicopter to safely land,” the mom wrote.

So on Sept. 8, the family made its way to Children’s Hospital of Wisconsin in Milwaukee.

The next few days had ups and downs. Doctors believed the child would recover, telling his parents at one point they would probably return home the next day.

But “while I was cuddling and comforting our little man, I noticed his skin color taking a turn for the worse and his lips and mouth were turning blue even though he was still breathing,” the mother wrote.

With a lab tech ready to draw blood, his mother wanted to comfort him against the pain of the needle, she wrote.

“As soon as I met his eyes, [her son[ threw up and stopped breathing…,” she wrote.

Doctors tried to revive him and the child teetered between life and death for hours, his mother wrote.

“When it was all said and done and Jesus took [the child] to his Heavenly home, we held our lifeless little boy and sobbed over him and kissed him and said our goodbyes,” she said.

A funeral is planned for Tuesday.

Kristen Jordan Shamus of the Detroit Free Press contributed to this report. 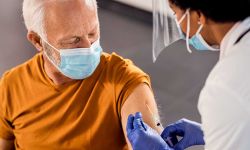 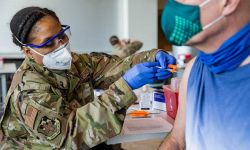