Once a state hotspot, Detroit has one of the lowest rates of coronavirus in Michigan

Michigan Health Watch
Once a state hotspot, Detroit has one of the lowest rates of coronavirus in Michigan

Mona Ross-Gardner and her husband, John Gardner, haven’t served customers indoors since March. They’re still weary of coronavirus and established a new carry-out system for their brick-and-mortar restaurant to stay open. The owners of Brush Street Bar and Grill in Detroit say even though business is tough, safety is the priority.

Over 10,000 Detroiters had confirmed cases of coronavirus and more than 1,300 died as the city’s hospitals were overwhelmed by the volume of patients in March and April. Now, the city averages four new cases a day for every 100,000 people, about half the state’s current rate.

Safety precautions are being taken seriously. Masks are ubiquitous. Social distancing and frequent hand-washing are the norm. Many churches offer only online services and funerals have been delayed or downsized. Some restaurants are closed or have very limited hours. These measures, paired with widespread testing, may be contributing to Detroit’s success in combating coronavirus.

“I think that people are adhering to the guidelines to keep them safe and I think it’s great,” said Ross-Gardner, who took over Brush Street Bar and Grill in 2019. “I think that’s why the numbers are going down.” 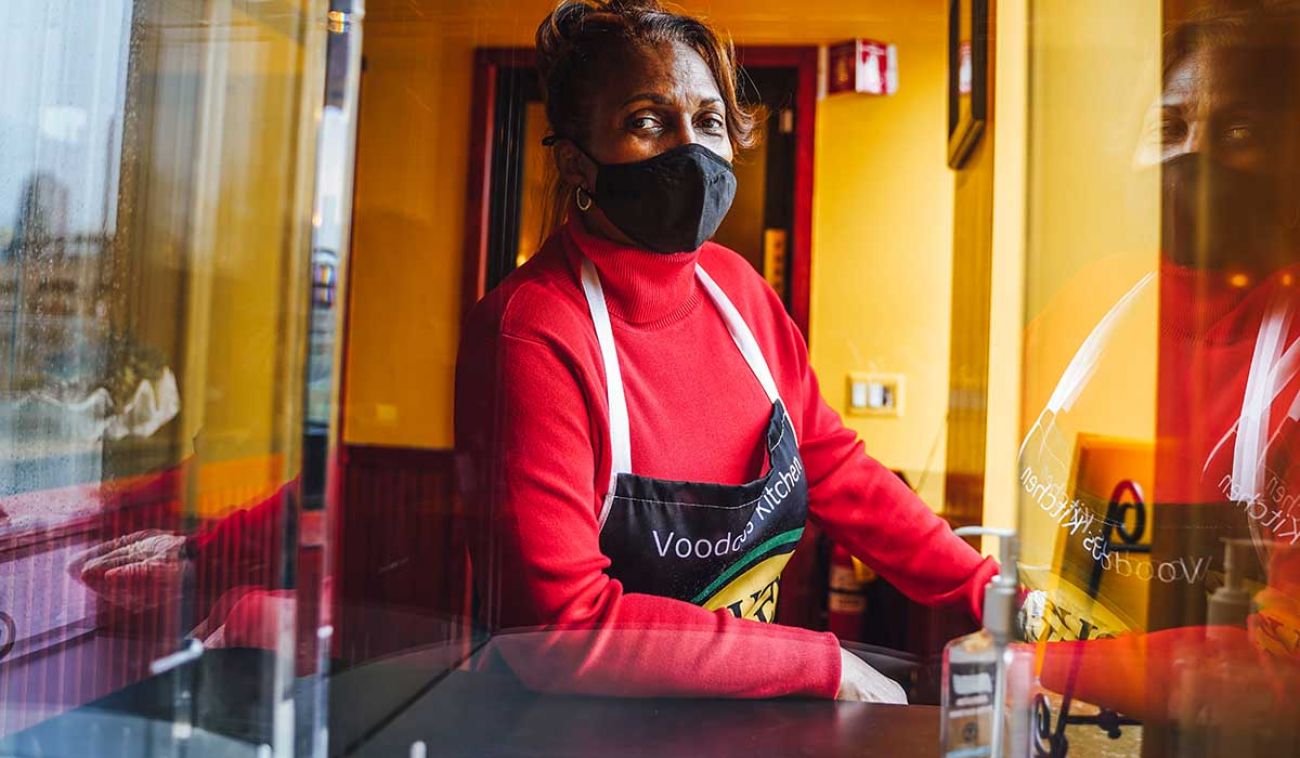 Detroit suffered significant loss during the onset of the pandemic: 214 died in March, 1,063 in April, and another 248 in May. The deaths occurred throughout the city, across demographics and socioeconomic status. In April alone, an average of over 30 Detroiters died every day.

Detroit Police Chief James Craig caught the virus and several hundred officers within the department either tested positive or were required to quarantine by mid-April. Other prominent Detroiters, like community leader Marlowe Stoudamire, the sister of State Rep. Sherry Gay Dagnogo, popular techno artist Mike Hukaby, funeral director O’Neil Swanson, retired DDOT Union President Fred Westbrook Jr., among many others, died from coronavirus. The story of Jason Hargrove, a Detroit bus driver went nationwide after he went on social media upset that a passenger coughed on him. He later died.The city’s coronavirus death toll surpassed 1,300 in May.

Since then, deaths have plummeted as case rates fell and hospitals had a better ability to help patients.

For perspective of how good the numbers are now, since Sept. 1 five counties in the western Upper Peninsula (population: 133,000) have had 1,269 cases and 13 deaths. Meanwhile Detroit, with five times the residents, has had 789 cases and 21 deaths.

The city pushed an aggressive testing and communication campaign early to Detroiters that encouraged social distancing, proper hand-washing and the use of face coverings. Denise Fair, Chief Public Health Officer for the city, said it was important to take an equitable approach to their outreach. That included public service announcements through local media, social media broadcasts, press conferences and use of local billboards. 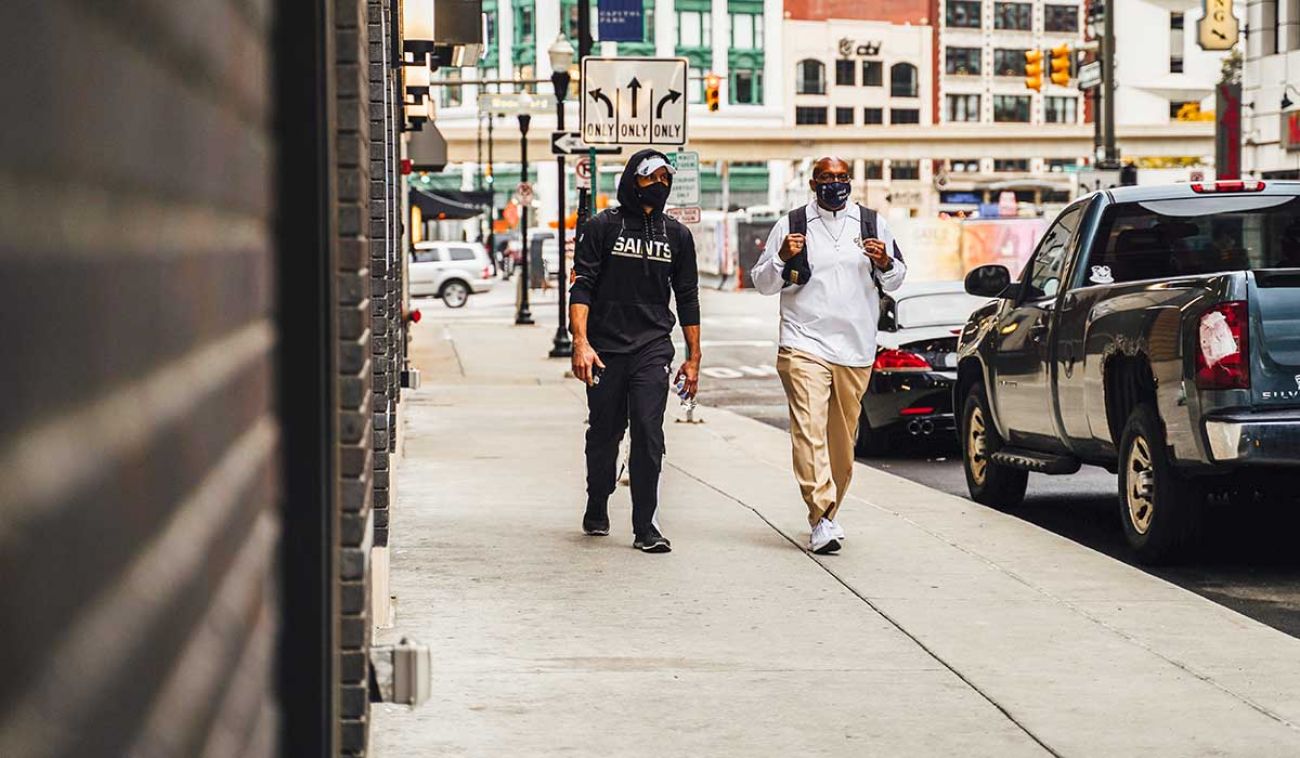 Detroit was one of the first cities in the nation to use a 15-minute rapid COVID-19 test and prioritized its availability to first-responders.

The city opened the State Fairgrounds for free drive-thru testing and created a referral site. Fair said the city offered PPE to some small businesses, cab rides to residents who didn’t have reliable transportation to get tested and worked with community groups to ensure residents were aware of the dangers associated with coronavirus. Fair said these tactics, among others, have contributed to Detroit’s low rate of positive tests and deaths.

“I’m really proud but we can’t get too comfortable,” Fair said. “COVID-19 is still really real. It hasn’t gone anywhere. We need to protect ourselves and the people around us.”

While overall positive test and death rates have decreased significantly, Fair said there has been an uptick in positive cases for young adults in Detroit.

“We’re seeing a lot of schools with safety precautions in place but we’re continuing to monitor,” Fair said.

Ross-Gardner said her grandson returned to school a few weeks ago and has already been sent home because another student was exposed to coronavirus. His family had to quarantine for 14 days. Ross-Gardner, who calls herself “germaphobic,” said she isn’t taking any chances.

“It’s not the time to play games, not time to jeopardize lives,” she said. “It’ll cost us some pennies, but it’ll save lives.”

The restaurant owners applied for an outdoor patio license, covered the bar in plexiglass,  installed a plexiglass turntable for carry-out, began using disposable items and will require the use of face masks and temperature checks once customers are allowed to eat indoors. Staff are required to have a negative coronavirus test to work. Ross-Gardner said the changes cost upward of $5,000.

There’s been a “huge difference” in revenue.

“One thing is for sure, we’re not making much money,” Ross-Gardner said. 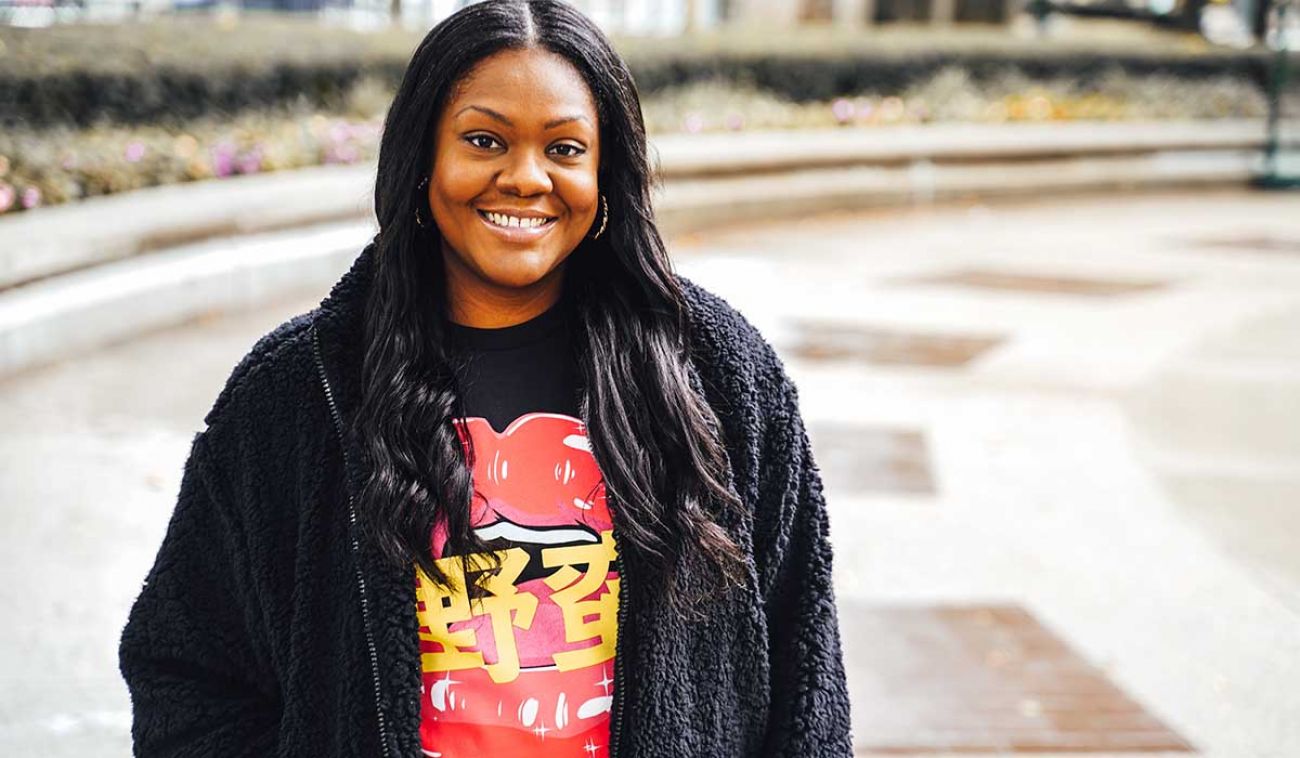 While Ross-Gardner said she would love to see her restaurant at full capacity, she said people need to be cautious of where they go and regard their own safety.

“I think the governor has done a tremendous job in making sure that she didn’t back down on what she put in place,” Ross-Gardner said. “I respect her for that because it has saved lives.”

On Friday, the Michigan Supreme Court ruled that Gov. Gretchen Whitmer lacked the power to issue mandates such as mask wearing.

During Governor Gretchen Whitmer’s stay-at-home order Brush Street lost staff who were able to collect unemployment or who were too afraid to come to work. Ross-Gardner said she delivered a paycheck to an employee who was afraid to ride the city bus to work to collect the payment himself.

“This was at the beginning [of the pandemic] because they didn’t provide anyone personal protection equipment,” she said. “He had a Christmas scarf around his face and neck, some glasses to cover himself and paper bags on his hands.”

Miranda Morrow-Bartell said neighbors in the University District became more neighborly; walks became organized as the community came together as people ventured outside.

“We were all out walking and walking in groups,” Morrow-Bartell said. “It has bonded the community.”

The real estate agent, who also owns a clothing store on Livernois, said those bonds, and the steps taken to remain safe, were forged in “the pain of seeing all of the deaths.”

Morrow-Bartell was one of the first to contract the coronavirus, coming down with it on March 14 when there were only a few dozen cases in the state. She said her sense of taste is diminished but she’s doing well.

“Everyone knows someone [who died],” said Linda Smith, executive director of U-Snap-Bac, a nonprofit that works on stabilizing east side neighborhoods.

That pain has led thousands to turn inward, to shrink their lives — fewer friends, fewer family gatherings, perhaps online church services — as they have taken steps to avoid, so far, a second wave.

Aprili Miller, a 37-year-old native Detroiter, said COVID-related deaths in Detroit have had about one-degree of separation.

“Since we got hit so hard early on we saw a lot of devastation and I think we all tried to do our part to stay safe,” Miller said. “When the state implemented restrictions, that forced people to stay safe and maybe break a habit of going out and staying in more.”

The city held a memorial on Belle Isle in August that acknowledged over 900 Detroiters who had died from COVID-19 since March. Family and friends of the deceased were asked to submit photos that were posted around the island.

Ariel Wilkerson, a 30-year-old native Detroiter, said the memorial was a reminder of how serious the pandemic has been.

“After the display on Belle Isle and seeing the number of residents that have died I think it really hit home for people,” Wilkerson said. “Seeing a family member or family friend that was affected, that you could go out there and see that, it really settled in for people to take it seriously.” 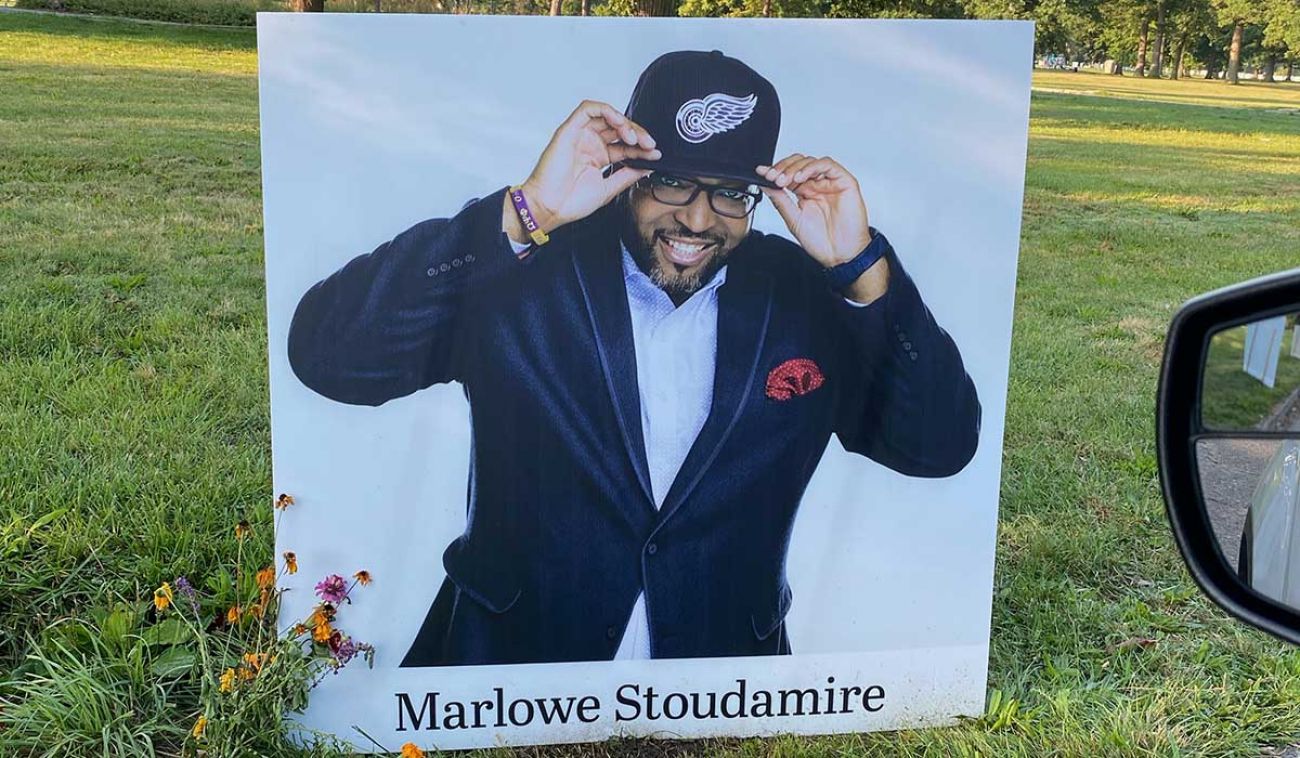 Wilkerson said she’s known a few people who have died from coronavirus. An avid concert-goer, she’s found alternative ways to have fun this year while avoiding crowds. That mostly includes Zoom calls with friends. Wilkerson said she lives with family and is concerned for their health. She said her grandmother even suggested they have Thanksgiving over Zoom to keep everyone safe.

“I’m limiting my trips to the grocery store and stocking up as much as possible,” Wilkerson said.

Downtown Detroit, with so many office workers now working from home, has seen numerous businesses close.

Miller, who lives downtown, said she carries hand-sanitizer and wears a mask everywhere — even when working out along the riverfront. Her social life has dwindled as she rarely leaves her apartment building. When she does socialize, she says it’s always in small groups and usually within a friend’s home.

“My friends are doing the same thing,” Miller said. “We’re all kind of like-minded and we’re all trying to stay safe.”

Smith said she recently gathered with 14 of her girlfriends. Each had been tested before they got together. It was a rare treat, she said, as they traded stories and played card games over a margarita or two — “that’s always a good time,” said Smith.

Everyone in the group, she said, had known someone who had died, and knew that their continued health was built upon safe steps they learned through tears.

For one night though, the tears were gone.

“Our members who have come in are coming in with questions asking ‘’What can I do as a member’,” Wilkerson said. “They say ‘I want to get my workout in but I also want to stay safe’.”

Wilkerson said she returned to work two days before the YMCA reopened and was strict about her own quarantine this summer. She said she encourages others to continue limiting their interactions with others, wear a mask and wash hands frequently.

The city’s chief public health officer said Detroit is also preparing to address a potential second wave with the same tactics used to address the first round of coronavirus and encouraging Detroiters to get a flu shot.

Changes to daily life and business practices have been difficult — but Detroiters say it’s worth it to protect lives.