Redesigned COVID boosters arrive in Michigan. Here’s what you need to know

Hundreds of thousands of newly designed COVID boosters bound for Michigan could significantly tamp down a fall infection surge, according to data modeling.

But even with new booster shots revamped to stop the latest variants, there is still plenty of uncertainty: Will people take the boosters? And even if lots of Michiganders roll up their sleeves, could the coronavirus evolve enough to duck even the newly redesigned boosters?

“We really don’t know what the properties of a new variant will be. There's a lot of wiggle room in what could happen,” said Marisa Eisenberg, an epidemiologist at the University of Michigan who works on the COVID-19 modeling that the state uses. “A lot hinges on whether or not the booster matches” any new variants.

According to those forecasters in July, Michigan would have experienced 41,817 deaths since the beginning of the pandemic by the end of 2022 as long as an early booster matches variants. (Michigan already has 31,121 deaths, as of Tuesday.)

As it became clear that a new booster would arrive early in September, forecasters lowered that estimate to 40,167 deaths by Dec. 31, or more than 1,600 fewer deaths, assuming the new vaccine protects against any newer variants.

Even with the challenges of battling an ever-evolving virus, Eisenberg and others who spoke to Bridge Michigan Tuesday were clear: It’s better to get the new booster than skip it.

“It's still better to go ahead and get the booster because you're building your immunity to a wider range of COVID variants than what you had before … and that will build the rest of your immunity,” she said. “It’s worth doing.”

What’s different in these boosters?

The two new boosters are the first redesigned COVID vaccine  — one by drugmakers Pfizer and BioNTech, and the other by Moderna. The effectiveness of the original vaccine had waned over time; the two new shots are tailored to target BA.4 and BA.5, the subvariant now responsible for nearly all U.S. COVID infections.

The vaccines were fast-tracked and given the sign-off both by the U.S. Food and Drug Administration and the Centers for Disease Control and Prevention last week before they were fully tested on humans. That  prompted concern among some scientists, but CDC officials said waiting could make the new vaccine “outdated.”

When can I get jabbed?

Michigan is set to receive up to 189,900 Pfizer doses and 73,100 Moderna doses, and the state can order more later. The state received the first 1,200 doses Tuesday and another 21,000 doses had been shipped, according to Chelsea Wuth, spokesperson for the Michigan Department of Health and Human Services. That means doses should be available around the state in the coming days.

Should I get a new booster shot now?

That depends. First, it’s a question of eligibility.

Those individuals are eligible for a newly formulated booster two months or or more after they receive the initial vaccines or “the most recent booster dose,” according to the FDA announcement Wednesday.

There’s also a question of timing. Individuals are eligible for the booster if their latest COVID vaccine shot was at least two months ago.

For some Michiganders, including those 50 and older, that could mean this is their fifth COVID jab.

As they arrive, boosters can be found by visiting www.vaccines.gov.

Just how many boosters do I need?

Doctors have said they believe the COVID vaccine one day will be combined with the annual flu vaccine.

Part of the complications now is that, unlike flu and its predictable seasonality, COVID has ebbed and flowed unexpectedly at times, said Dr. Rosemary Olivero, a pediatric infectious disease expert at Helen DeVos Children’s Hospital in Grand Rapids, part of Spectrum Health. 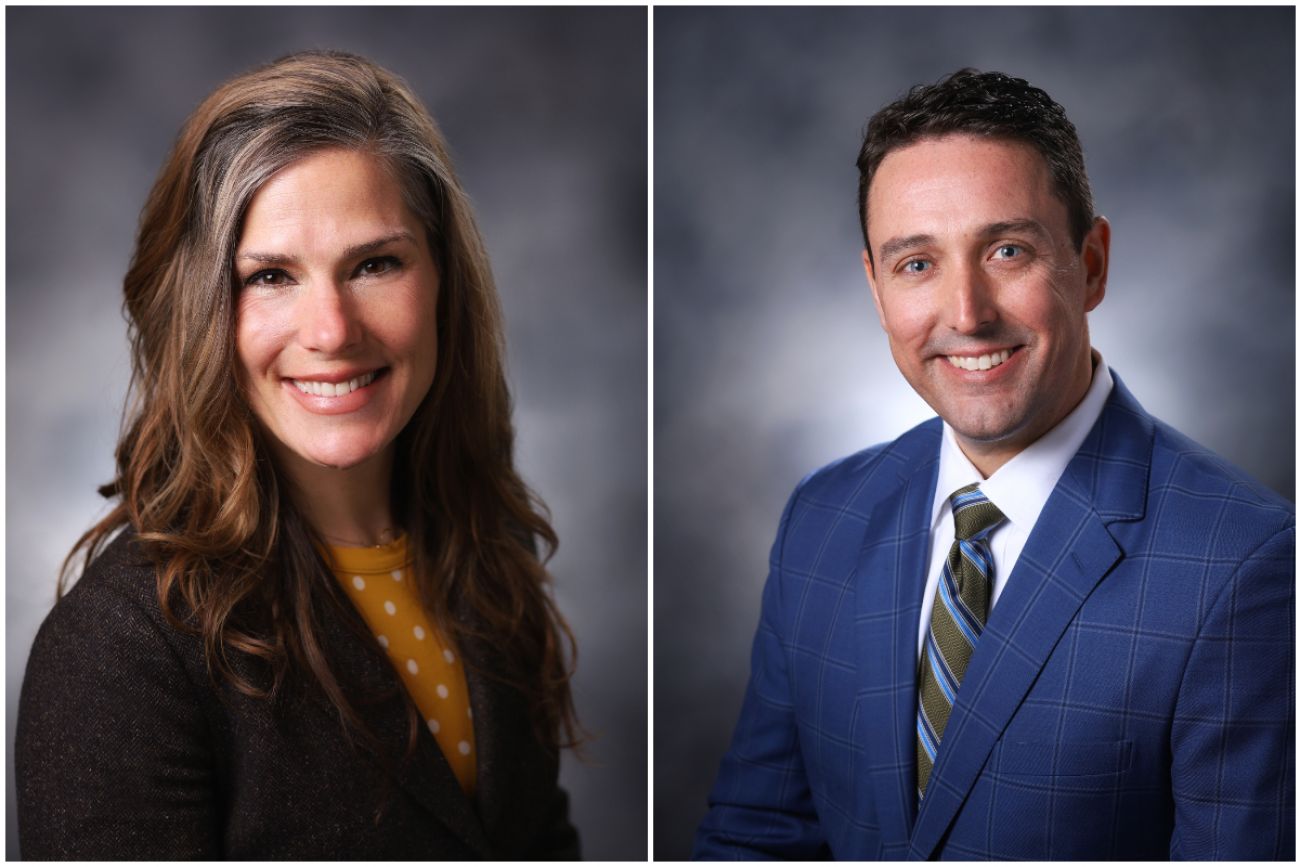 The newest COVID boosters may not offer guarantees against the next variant, but it’s better to get them than not, say Dr. Rosemary Olivero and Dr. Russ Lampen, infectious disease experts with Grand Rapids-based Spectrum Health. (Courtesy photo)

“We're not quite there, nor do we know exactly what the right time to strike is,” she said, referring to the more predictable flu season.

For now, anyone eligible should consider getting the booster, she and Dr. Russ Lampen, an adult infectious disease expert with Spectrum, told reporters Tuesday on a call discussing the boosters.

That’s especially true for anyone who is immunocompromised, or age 60 or older, Lampen said.

In addition to the unpredictability of the virus, “we don't know exactly when you reach peak immunity from a vaccination either,” Lampen said. “So I would say when (the booster) becomes available and you can get it, get it.”

Can the vaccine keep up with the changing virus?

“We don’t have a great answer for that,” Lampen said.

But there is good news, he added. Despite “some pretty significant mutations,” even the first booster, he said, continues to reduce the most serious outcomes of infections — severe illness, hopitaliations and death.

That suggests “very durable protection” as the virus evolves. Moreover, the mRNA vaccines can be modified quickly, he said.