State 'may not have' needed supplies if coronavirus spreads in Michigan

DIMONDALE—Michigan health officials acknowledged Friday that the state has a limited supply of specialized masks and other equipment that will be needed should the deadly coronavirus spread to Michigan.

“As of today, we have the supplies we need if we did have some cases but ... this is something we have to closely monitor,” Dr. Joneigh Khaldun, the state’s chief medical executive and chief deputy director for health at the Michigan Department of Health and Human Services, said at a morning news conference.

“If [coronavirus] really spreads significantly, we may not have the supplies that we would need, and it's something we're thinking about right now,” she told Bridge Magazine following the news event.

She said the state health department is in contact with health providers to offer guidance about what supplies they might need.

“We’ll take it day by day, hour by hour, quite frankly,” she told Bridge Magazine.

Coronavirus has now killed more than 2,800 people worldwide and sickened more than 82,000, according to the daily update report Thursday by the World Health Organization.

It has not been detected in Michigan, but as Bridge Magazine reported last week, the U.S. Centers for Disease Control has notified the state that more than 350 people are to be self-isolated and be in contact with local health departments after having visited other countries with the virus.

Lynn Sutfin, spokeswoman for the state health department, told Bridge after the news conference that in addition to specialized masks to fight the spread of coronavirus, the state also has limited supplies of protective gloves and gowns in the event of a public health emergency involving the virus.

Sutfin said the state does not keep track of hospital supply levels; that is left to individual facilities. Of particular concern in many states is a potential shortage of N95 face masks, so-called because they filter out 95 percent of airborne particles.

Sutfin said that “at this point, there's not a recommendation for masks for the public," but she also noted that the state and local health departments currently have “small caches” of the masks as backup.

"We are all trying to get extra," Sutfin said. "The demand is high right now, but we're not in a shortage situation at this time." 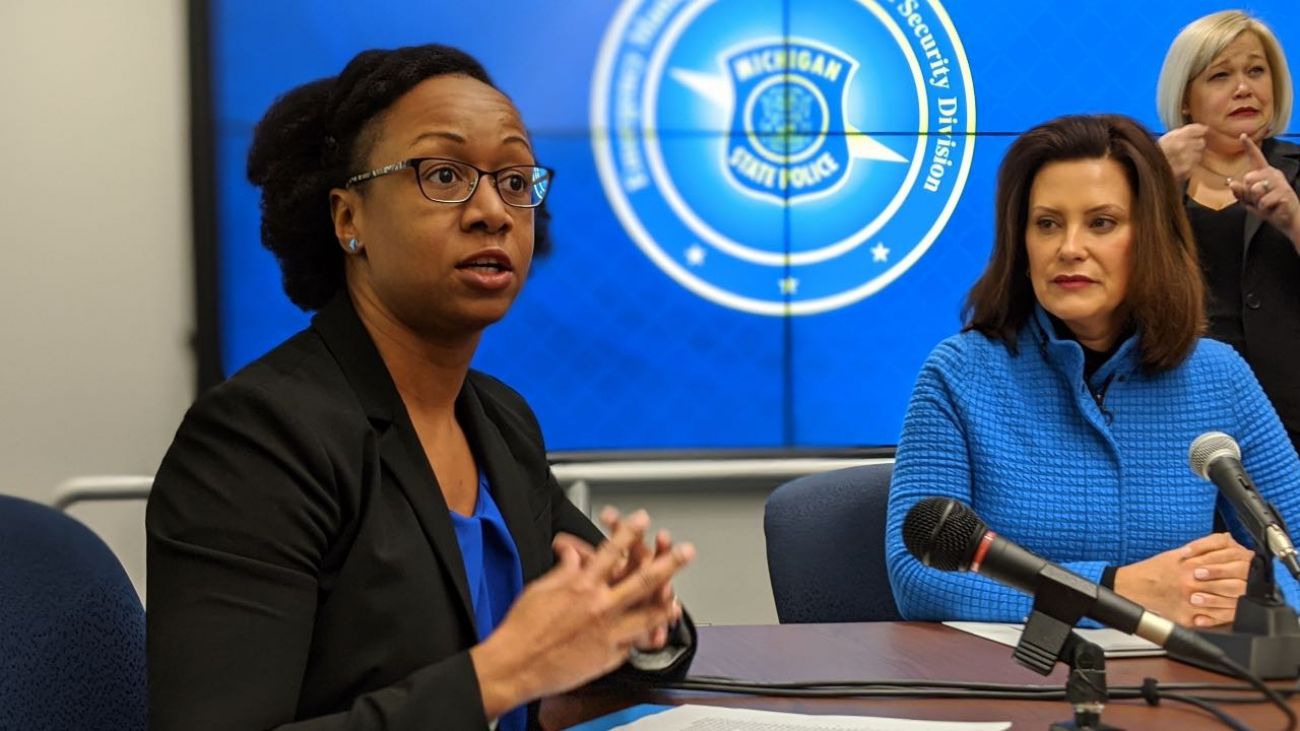 Khaldun told Bridge there are no plans currently in place to close schools or other systems, but she said the department is working closely with attorneys in case the need arises.

The state is also working with hospitals and even the U.S. Department of Defense to ensure there are beds available for anyone who comes down with the virus. Bridge reported this week that one Detroit hospital has five rooms set aside exclusively for patients.

Maj. Gen. Paul Rodgers, director of the state Department of Military Veterans Affairs, said at the news conference that the state is working with the U.S. defense department to set aside 20 beds for people who are infected and may need quarantined at Fort Custer Training Center in Augusta, near Battle Creek.

Elsewhere in the country, more than four dozen cases have been detected, including one in California involving a woman with no known travel history that would have put her at risk for coronavirus. As case counts climb, hope dims that the disease that was first detected in December in Wuhan, China, will be contained anytime soon.

Whitmer, meanwhile, called on Michiganders to do their part – beginning with being disciplined about hand-washing, one of several personal hygiene protocols that the Centers for Disease Control and Prevention and others are pressing everyone to follow.

The state’s emergency center, located at Michigan State Police headquarters, convenes representatives of federal, state and local agencies to coordinate the response to any disaster, emergency or terrorist event. It is part of MSP’s Emergency Management and Homeland Security Division.

It was previously activated in response to the state’s outbreak of Hepatitis A, MSP spokesman Dale George said after a morning news conference. Whitmer said she was activating the center “out of an abundance of caution.”

In Michigan, hospitals and health providers, school districts, universities and senior centers have been making plans in case the spread becomes a pandemic, but health experts have repeatedly stressed that personal hygiene as a first line of defense.

With Khaldun at her side, Whitmer also encouraged Michiganders to “replace handshakes with elbow bumps or fist bumps.”

The state health department will launch a hand-washing campaign next week on radio and social media, Khaldun added.

Earlier this week, Michigan was handed the ability to test for coronavirus rather than send specimens out to CDC labs. Testing in-state will allow results within four hours rather than several days, according to the CDC. In a letter Wednesday, the CDC gave the go-ahead to use kits that had been shipped to state health departments earlier this month but had been found to offer inconclusive results.

Previously, only people with symptoms of coronavirus and who had traveled to China recently or been in close contact with somebody with coronavirus were to be tested, but the CDC Thursday appeared to give local departments more flexibility in who they would test. 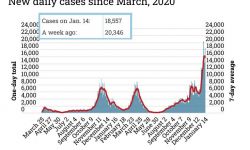