For weary Michigan seniors, a retirement in name only

Michigan Health Watch
For weary Michigan seniors, a retirement in name only

At age 62, Linda Braden felt like someone had wrenched her life from her — her home, her career as an accountant, and her circle of friends.

Forced to retire years before she’d planned, Braden returned to the home where she was raised in Waterford to care for her aging parents — her father, a former repairman for office machines, and her mom, who worked as a phlebotomist and later at a temp agency. Both lived into their 90s.

“I didn’t want to disrupt my life, but I didn’t feel like I had a choice,” said Braden. She spent five years cooking, cleaning and laundering for her parents, juggling their medical appointments and, at times, struggling to help them to their feet after falls.

“My mother would tell people ‘We don’t know what we’d do without her,’ so I know they appreciated it,” said Braden, now 72.

“But it was hard. It could get lonely.”

When it comes to caring for loved ones, Michigan seniors carry a heavy load.

A recent survey of residents aged 60 and older found nearly 3 in 10 provided “unpaid care to an adult relative or friend” with a physical ailment or illness. That’s more than triple the estimate of aging caregivers since a similar survey in 1987 — 161,000 then compared to 685,000 in 2019.

With nearly 400 Michiganders turning 60 each day, aging caregivers are but one barometer of how the state’s graying population is altering lives and presenting challenges for state policymakers. Drawing from numbers from the AARP Public Policy Institute, the authors of the Michigan report value unpaid care by seniors in the state at $8 billion a year.

“So we’re going to be around for a while.”

Retirement without kicking back

For the fortunate, retirement brings a special kind of peace for a job well done, with days no longer dictated by time clocks and deadlines or school schedules. But for many in Michigan, there is the betrayal of aging bodies, the loss of their spouse or close friends, a limited income and greater social isolation.

And, as Braden learned, more responsibility for loved ones rather than less.

Possible reasons for the increase include military deployments and  interventions by the state because of allegations of abuse or neglect, said Alicia Guevara Warren, director of the state’s Kinship Care Resource Center at Michigan State University.

These new responsibilities can overwhelm seniors, as they negotiate legal and other obstacles that come with taking care of a parent or a grandchild.

“Grandma and Grandpa may get the kids in the middle of the night and it’s:  “What do we do now?’” Warren said.

The seniors survey, the first of its kind in over a generation, was commissioned for the state’s Area Agencies on Aging, a collection of 16 federally-funded agencies that coordinate services for seniors. It examined the concerns people 60 and over face as they try to stay independent, connected and active in a state graying faster than the rest of the U.S.

As Bridge has reported, 21 Michigan counties now have a median age of 50 years old or older, the most of any state. Michigan’s median age of 39.8 is the nation’s 12th oldest. As recently as 1990, the state’s median age was younger than that of the nation. Meanwhile, the number of new births is at its lowest level since 1941, with deaths in the state expected to overtake births by 2030.

“They’re important questions — not just for the seniors, but for entire communities,” Jankowski said.

Jim McGuire, director of research, policy development and advocacy at the Area Agency on Aging 1-B in Southfield, knows how draining caregiving can be for seniors pressed into caregiving duty.

In addition to the emotional and physical toll, there are complicated legal and medical decisions to navigate. Research shows caregivers of any age face higher rates of depression, anxiety and stress.

In some ways, the shift is expected in a rapidly graying state: “As we age, caregiving follows,” he said. 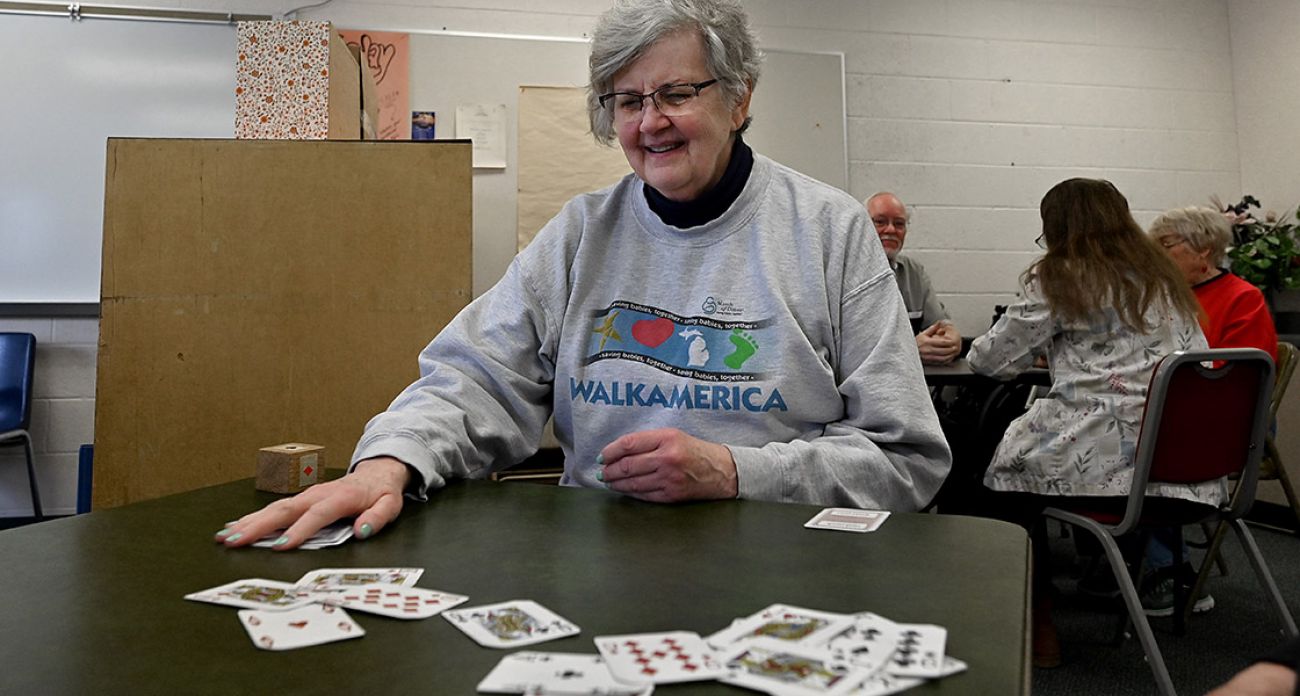 In caring for her parents, Braden said she had to call 911 for help lifting her parents after falls. She recalls searching through her parents’ health plan to find a podiatrist willing to come to their home. Family members sometimes pitched in.

Braden said she found a support group at the Waterford Senior Center, where she still occasionally meets friends for games of euchre.

“Every situation is different,” she said. “But there are surprising similarities, too — the social isolation, the question of how to tell your parents they should no longer drive.”

There’s another dramatic caregiving shift at play in Michigan: an increase in grandparents raising grandchildren, the Area Agency’s McGuire noted.

The new seniors survey underscores other concerns and policy decisions for an aging state: 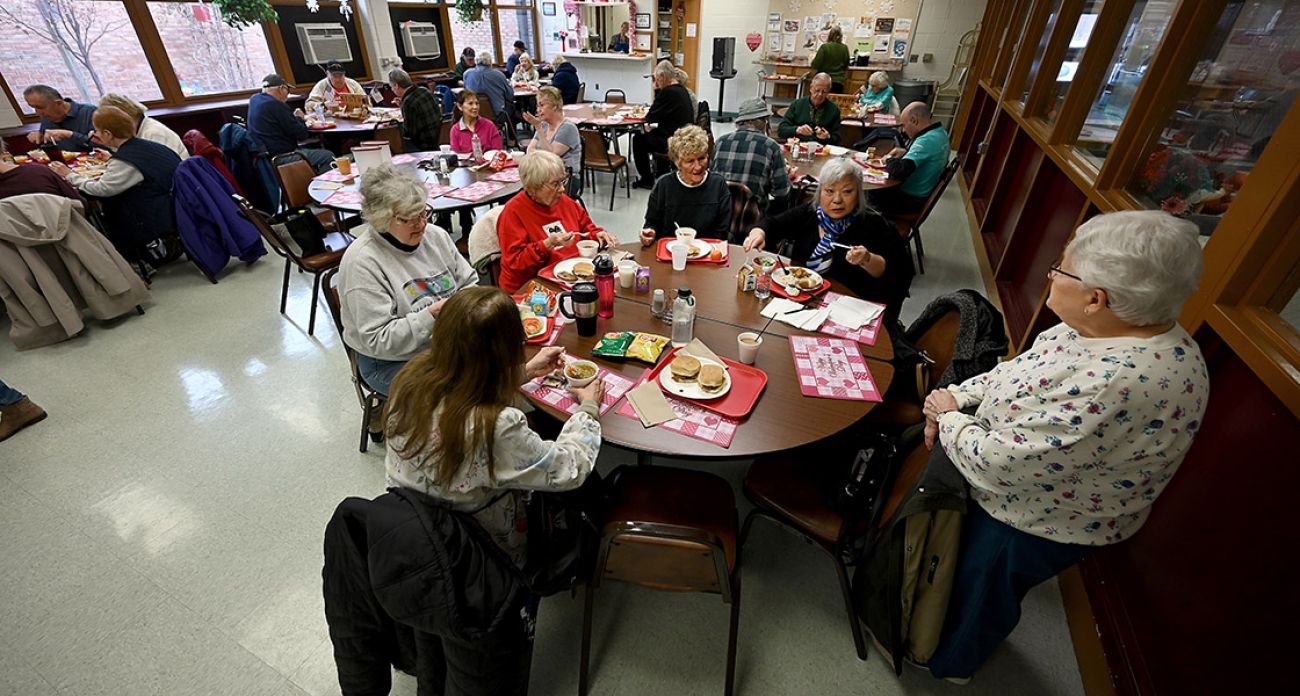 There were some bright spots in the report, too. For example, nearly 7 in 10 older Michiganders rated their emotional and mental health is “excellent” or “very good.” Nearly 2 in 3 reported no health concerns at all.

He noted, for instance, that transportation needs appeared to be less acute state-wide than in 1987. But not for everyone. Mead noted that he used to drive more than 300 miles round trip from his home in Escanaba to pick up his parents in Grand Marais to take them to a clinic in Newberry.

He said his situation is hardly unique and that many seniors have no one at all to turn to. Even for those that do, “maybe the friend’s car is old, or it can’t accomodate a wheelchair.” 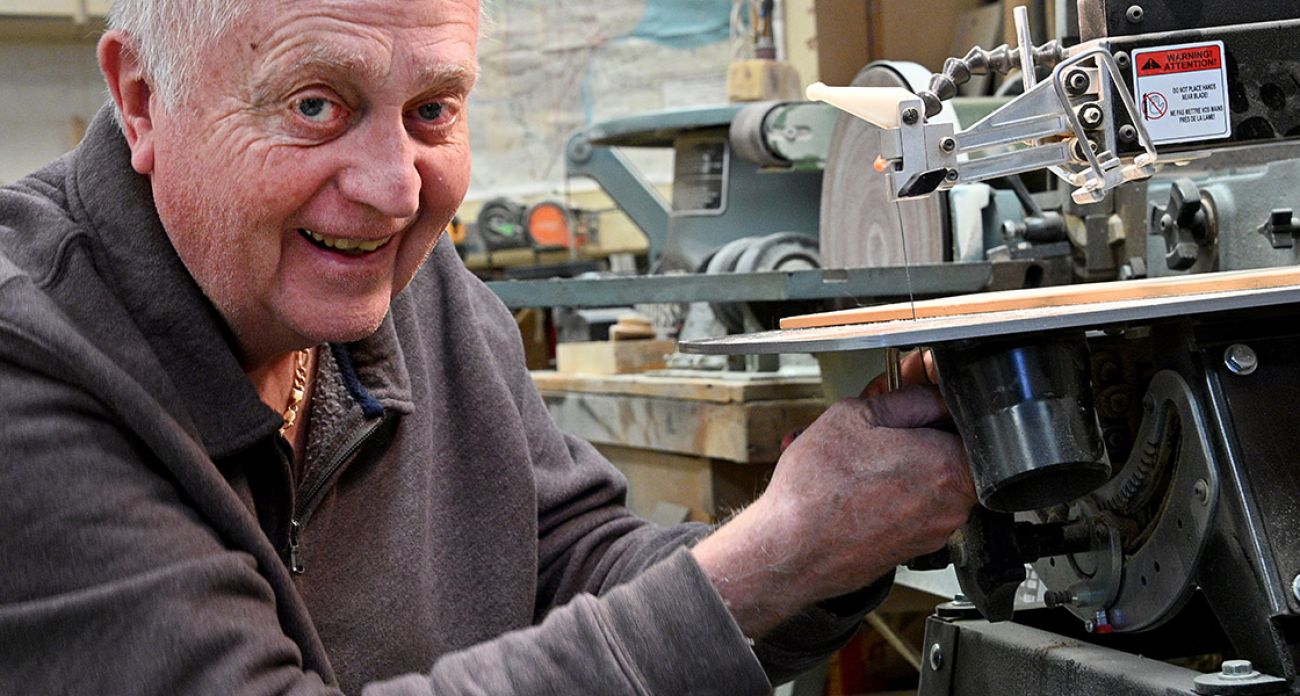 The state ignores the needs of its seniors at its own peril, said 72-year-old McClure, of the Oakland County Senior Advisory Council.

“Everybody assumes that they’re invincible,” he said, “until one day they’re not.”