Like many Democratic candidates for Michigan governor, frontrunner Gretchen Whitmer has made college affordability a centerpiece of her campaign.

In a tweet in late January, Whitmer wrote, “Our state used to pay 75% of your college costs, today it’s about 25%.” She called for higher education and skilled trades training to be made more affordable for Michigan families.

Depending on interpretation, “college costs” could refer to the amount of state taxpayer money spent by colleges and universities, or to the amount of money individual students (and their families) pay to go to college.

Each of Michigan’s 15 public universities draw from their own “general fund,” which is used for instruction and related activities, according to the state’s House Fiscal Agency. That doesn’t include any “auxiliary” costs or revenue, such as dormitories, hospitals or research grants. 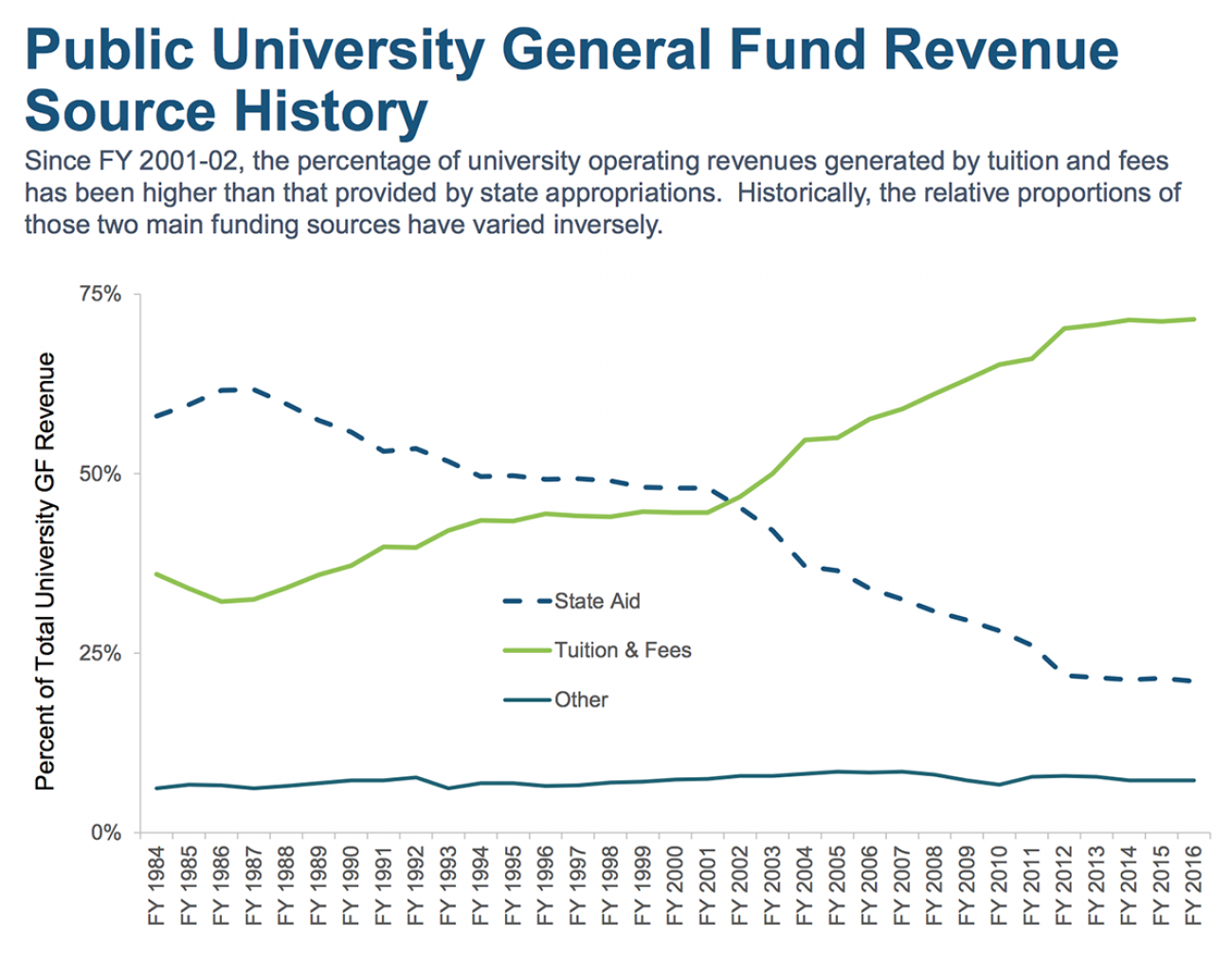 According to data from the state’s House Fiscal Agency, since 1977 the state has paid at most 65.6 percent of the general fund revenue for Michigan’s public universities. That was in 1979.

That percentage has dropped over time. According to the most recently available data, from fiscal year 2017, state appropriations make up 20.9 percent of public colleges’ and universities’ general fund.

Also, state scholarship funding has been cut in half in the last 10 years, according to data from the Michigan Department of the Treasury.

In 1975, the maximum Pell grant was large enough to cover tuition at public colleges, while now it is worth less than half of Michigan’s public university tuition costs, as MLive reported in September.

After receiving Truth Squad’s inquiry, Ellison passed on  similar statistics — a high point of the state covering around 70 percent of higher education funding, with around 30 percent paid for by students through tuition.

“If we had to do it again we’d have been clearer that we were talking broadly about college nationwide and that we meant covering total cost, rather than tuition specifically,” Ellison told Truth Squad.

“I don’t think (the data) paints a dissimilar picture than what she was referencing,” Ellison told Bridge, adding in an email: “This cost burden is a barrier for too many people, and that’s why as Governor, Gretchen Whitmer will make education, including our public universities, a top budget priority.”

Michigan used to shoulder a significantly larger burden of the cost of the state’s public colleges and universities. Research indicates a link between a reduction in state funding and an increase in tuition: One national study estimated that every $1,000 per student funding cut leads to typical student to pay $257 more in tuition and fees each year.