In Legionnaires’ story, an example of Bridge Magazine’s mark

Heartwarming, humbling and hard to believe.

Yet at its annual convention on January 26, the Michigan Press Association judged Bridge Magazine to be “Michigan’s Newspaper of the Year” -- for the second year in a row.

For us at The Center for Michigan, the nonpartisan, nonprofit outfit which publishes Bridge, this is a big deal. For two straight years we have been judged the top of our trade by our journalistic peers. And it helps explain why Bridge, which began a mere five years ago, is now attracting more than one million readers every year.

An example is provided by the work of Bridge reporter Chastity Pratt Dawsey. Last month, her story revealed that the death toll from “pneumonia” nearly doubled in Genesee County at the height of the lead-poisoning crisis – that is, during the 18 months in 2014-15 when the city had been switched to water from the corrosive Flint River.

The illness was called pneumonia by the Michigan Health and Human Services Department, though today, medical experts suspect some of these were actually cases of Legionnaires’ disease, a more virulent form of pneumonia,  that went undiagnosed by hospital and local health authorities.

“The spike coincided with an outbreak of Legionnaires’ disease, a more deadly form of pneumonia that often goes undiagnosed and requires different medical treatment than more common forms of pneumonia,” Pratt Dawsey wrote.

Moreover, local health officials appear to be clamming up about what’s really going on. “Medical experts told Bridge it’s likely some portion of the deaths attributed to pneumonia were actually undiagnosed cases of Legionnaires’. There is no way to know how many, however, because neither McLaren, a major hospital in Flint, nor county or state health officials ordered routine testing of pneumonia patients for Legionnaires’, even well after becoming aware of a Legionnaires’ outbreak in 2014.”

In a note to me, Pratt Dawsey wrote: “The thing about my story is this: The state is not saying a word about all these people dying of pneumonia. What made health officials start recommending – in 2016 after 177 people died – that pneumonia patients be tested for Legionnaires’? What did the state know and when did they know it?

"State and county officials have not responded.” 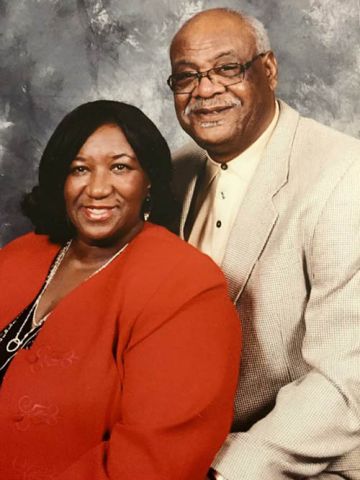 Bertie Marble’s death certificate points to pneumonia. But an attorney for her family, and her own medical records, raise questions about whether she was an uncounted victim of Legionnaires’ disease. Experts say toll may be far larger.

Pneumonia was blamed for 177 deaths over two years. Experts say Legionnaires’ was likely the culprit in some of the deaths, but patients were never tested. The county is now requiring such testing. 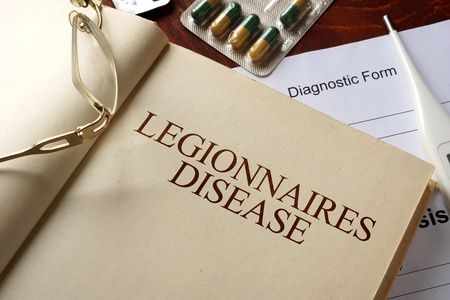 Bertie Marble’s 2015 death coincided with a trio of emergencies in Genesee County: the Flint water crisis, an increase in pneumonia and flu deaths, and a deadly Legionnaires’ outbreak

To do their jobs right, reporters need to be both skeptical and imaginative.  Pratt Dawsey is both. And she’s still trying to get state and local officials to come clean about what’s going on.

“Bridge has learned,” she wrote last month, “it was only this past October – four months after Bridge reported on the lack of routine testing – that Genesee County Health officials quietly noted that ‘all pneumonia patients’ in health facilities were being tested for Legionnaires."

She quotes Lawrence Reynolds, a member of Gov. Rick Snyder’s Flint Water Advisory Taskforce (which was widely praised for tough-minded reports) as saying the sharp increase in pneumonia deaths in 2014 and 2015 along with the state’s slow reaction to Legionnaires’ deaths “reveal a shocking failure of leadership.

“The spike in Legionnaires’ deaths deserved earlier, complete investigation. Why that did not happen in both is confusing to clinicians in Flint and the community,” said Reynolds, a pediatrician and former president and CEO of Mott Children’s Health Center in Flint.

Reynolds’ conclusion forms the core of Pratt Dawsey’s reporting: “I think this is so wrong, what’s happened,” Reynolds told her. “The level of dysfunction. Not only is this a public health crisis but a transparency-in-government crisis.

"This is what happens when you try to run a government like a business.”

(Editor’s note: Reynolds was referring to Michigan’s Emergency Manager law, which the legislature enacted after an earlier one was repealed by the voters in 2012 and which is receiving a good share of the blame for the incompetence surrounding the Flint water saga.)

Pratt Dawsey has devoted weeks of reporting time to the Flint water quality debacle, certainly one of the most embarrassing stories to break in Michigan in years.

Recognizing how important a detailed timeline was to the understanding of the Flint story, Bridge last summer reviewed more than 30,000 pages of emails released by Gov. Snyder’s office.

Published as a book, “Poison On Tap,” the book relates how state and local government failed Flint and the local heroes who fought back. The work is now regarded as a basic source of detailed information underlying any discussion of the Flint water crisis.

The Flint story isn’t just about Flint.  It’s a cautionary tale about far too much of America that deserves to be told over and over again.

One of the central political and policy debates of our times has been over the proper size and scope of government.

Those of us who live and work close to Flint know better. We don’t need more government or less government. We need – desperately – capable and effective government.

Those who read Bridge -- and the work of capable reporters and lyrical writers like Chastity Pratt Dawsey -- will realize just why.

Another story of the State's thievery of working peoples money. If the State had been stealing corporate money we all know it would have been stopped quickly. It may be too political for this site, but it is quite ironic to me that a majority of the working class in Michigan voted these uncaring and unresponsive politicians into office. Just desserts??

I am so appreciative of Bridge Magazine and the fine reporters who do a great job reporting the facts.

What will it take to get state government to be honest and transparent. None of us like to admit to mistakes that are made. State government is large and needs checks and balances. Looking at the outcomes of this administration, demands we have transparency and yet Michigan still is dead last as a state in this area. Our representatives do not represent our interests but their own. This is not democracy.