The American Dream is fading everywhere, but almost nowhere faster than Michigan

Quality of Life
The American Dream is fading everywhere, but almost nowhere faster than Michigan 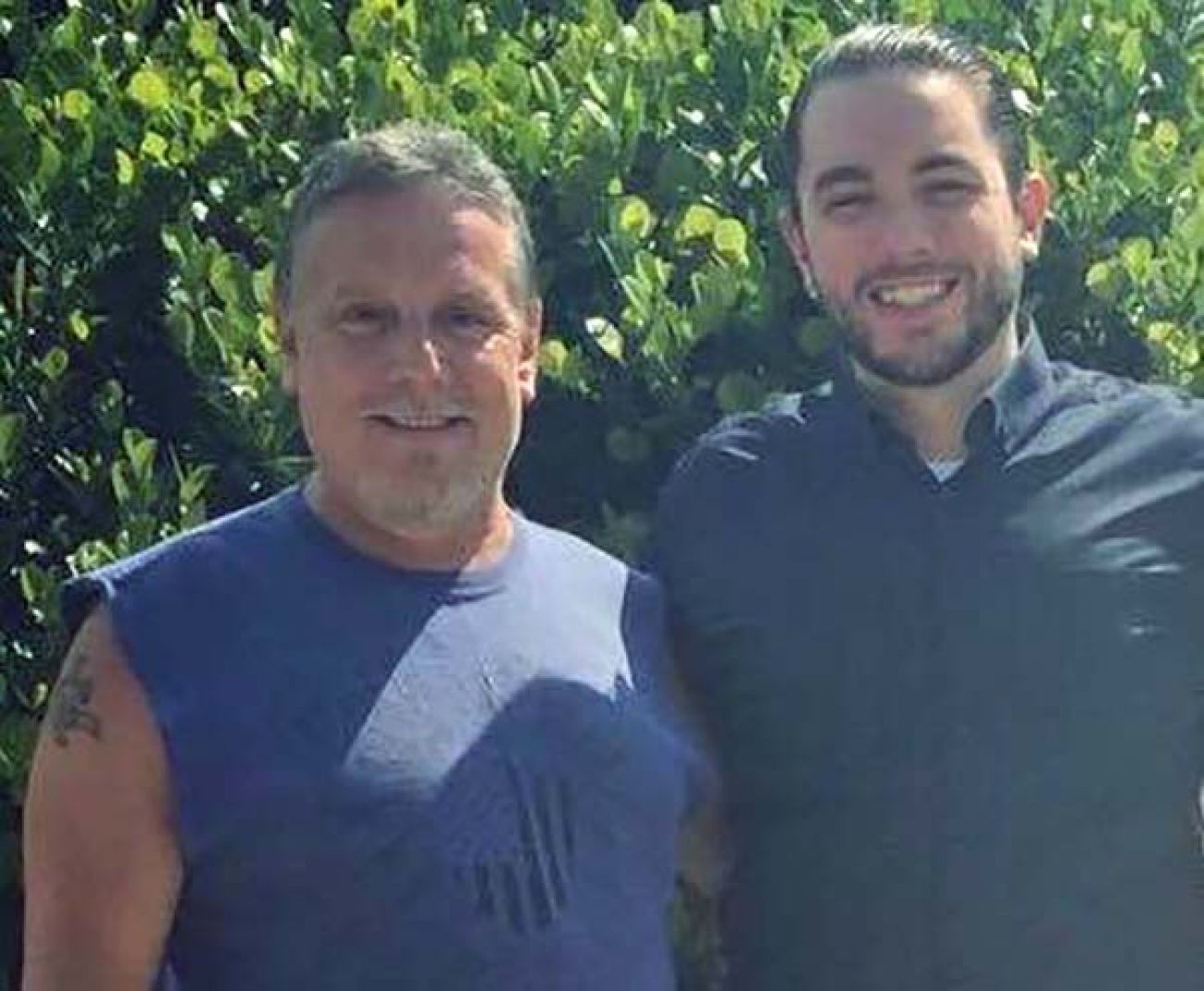 In 1977, Bryan Kaminski walked out of high school and into an Ypsilanti factory. By 19, the General Motors employee, making what amounted to $26 an hour in today’s dollars, had enough money to buy a house.

In 2012, son Kyle Kaminski walked out of high school and onto the campus of Central Michigan University. Five years later, armed with a bachelor’s degree, he earns $16 an hour as a reporter, the equivalent of 60 percent of what his father made straight out of high school. He rents a small Traverse City apartment he can only afford because his girlfriend splits the rent. He drives a 12-year-old car with 185,000 miles on it that he doesn’t know how he’ll ever be able to afford to replace.

RELATED: In Bay City, Trump supporters march for jobs they are sure will come

SLIDESHOW: Feel like you’re not earning as much as you parents? You’re probably right.

Bryan Kaminski does repairs on his son’s 2005 Ford Focus, recently replacing wheel bearings, to keep the car limping along.

“How these kids are doing it these days, I don’t know,” Bryan said.

The American Dream is just a dream for more and more Michigan residents. Today, your chances of out-earning your parents are less than 50-50. And while upward mobility has declined across the nation, Michigan residents have some of the worst odds of climbing the economic ladder in the country.s

It wasn’t always that way. In 1970, about 93 percent of Michigan’s 30-year-olds were earning more than their parents did at the same age (when adjusted for inflation), according to a recent Stanford University study. By 2010, just 46 percent in Michigan were out-earning their parents.

The findings capture the frustrating dichotomy of modern economics. Unemployment is low and the stock market is high. But the standard economic indicators cited by politicians and business leaders belie the checkbook realities for many families, where workers bring home paychecks that provide a lower standard of living than that of their parents.

The implications of a fading American Dream are far-reaching, from huge swaths of working-age adults not even looking for work, to anger expressed at the polls for lives that don’t measure up to the dream we’ve been sold.

“This is a core aspect of American identity, providing a better lifestyle for your children,” said Robert Manduca, a Harvard graduate student and researcher who co-authored the Stanford report. “It’s what draws immigrants to this country and what we all expect. When it fails to happen, it makes people feel the country hasn’t lived up its promise.”

The study, which analyzed decades of data from the Census and tax returns, found young people entering the workforce in recent years are less likely to out-earn their parents compared with children born in the two generations before them.

The ability of children to climb higher on the economic ladder “is one of the things we think about (which sets) America apart,” Manduca said. “We had the sense that this core piece of the American Dream isn’t as solid as we’d like to believe. But it wasn’t until we ran the analysis that we realized the magnitude” of the decline.

Michigan was a top American Dream state in 1970, ranked 13th among the 50 states with 93 percent out-earning their parents. By 2010, Michigan had plummeted to 48th in the nation, ahead of only Alaska and Nevada, with only 46 percent faring better than their parents.

Economy up, but workers? Not so much

Most of the decline in upward mobility across America, according to the Stanford researchers, can be blamed on growing income disparity between those at the top of the economic pile and those in the middle. “The economy is growing slower, and almost all the growth has accrued to the top (earners),” Manduca said. “Wages for the bottom 50 percent haven’t gone up in 40 years (adjusted for inflation).”

The widening gap between the haves and have-nots is exemplified in Michigan, with its history of a large, prosperous blue-collar middle class, said Michigan State University economist Charles Ballard. “My friend’s father came here from Poland in the 1940s, penniless,” Ballard said. “For 30 years, he attached the left rear door handle on cars, and he went from nothing to the middle class.

“We rode the manufacturing wave so successfully in the 20th Century,” Ballard said “It made perfect rational sense to not go to college. You weren’t dumb to not go to college when you could walk across the street to the Fisher Body plant and make upper middle class wages.”

Today, a high school diploma is a more difficult ticket to the middle class. While the unemployment rate in Michigan is lower than it has been in more than a decade (the preliminary figure for April is 4.7 percent), a lot of those jobs aren’t paying what they used to. For example, new General Motors workers make significantly less (about $16 an hour) than what Bryan Kaminski earned ($26 an hour in today’s dollars) straight out of high school in 1977.

The median hourly wage in Michigan is lower today ($17.32) than it was 10 years ago ($18.67). That 7 percent decline ranks Michigan dead last among states, with Michigan being one of only eight states where residents have lost ground since 2007.

And that’s only the adults who are working.

Michigan also ranks 40th in the nation in the share of adults in the workforce, another data point hidden by that upbeat unemployment rate, which only measures those actively looking for jobs, said Lou Glazer, president of Michigan Future, an Ann Arbor-based nonprofit working to improve the state’s economy.

“Our former avenue to the middle class has been cut off now,” Ballard said. “And we in Michigan have been a day late and a dollar short in adjusting to these changes.”

Study co-author Manduca said there was no clear lesson to be drawn between states with higher rates of upward economic mobility and those with less. The states where residents have the best odds of earning more than their parents are South Dakota (62 percent chance), North Dakota (59 percent) and Montana (59 percent). The bottom states are Michigan (46 percent) Nevada (40 percent), and Alaska (38 percent).

Instead, Manduca said, the study’s findings suggest we may be focusing on the wrong economic indicators.

Politicians and business leaders focus on increasing jobs, Manduca said. But to make the American Dream a reality for more people, leaders may need to focus instead on wages.

“In general, we need much higher wages across a wider income distribution,” Manduca said. “One thing we’ve overlooked as a country is that economic growth by itself doesn’t have an uplifting effect on the country as a whole if it doesn’t include rising wages.”

Michigan Future’s Glazer agrees. “That’s what our new report tries to address – a rising tide does not lift all boats,” Glazer said.

Another, less radical idea suggested by Glazer: implement policies that increase the number of Michigan residents with college degrees. Those with bachelor’s degree have lower unemployment rates and earn, on average, $1 million more over the course of their careers than those with a high school diploma.

Michigan is below the national average in the percent of adults with a bachelor’s degree or higher.

“To me, the most important recommendation in our report is explicitly making the goal rising income for all Michiganders, instead of a growing the economy and lots of folks still not doing well,” Glazer said.

One of those folks is Kyle Kaminski. He said he loves his job as a reporter for the Traverse City Record-Eagle,  but the college grad can’t avoid comparing himself to his  father. He admits being “kind of jealous” of his father’s higher rung on the economic ladder, despite his father only having a high school diploma.

Bryan Kaminski said he realizes how much easier it was for him, coming of age in the 1970s, than for his son today.

“I worry about it,” Bryan Kaminski said. “I’m not sure what Michigan has to offer now.”