In Bay City, Trump supporters march for jobs they are sure will come

Quality of Life
In Bay City, Trump supporters march for jobs they are sure will come

BAY CITY – The march started at Panda Express in Bay City on a blustery March day and headed toward the 7-Eleven.

RELATED: The American Dream is fading everywhere, but almost nowhere faster than Michigan

SLIDESHOW: Feel like you’re not earning as much as you parents? You’re probably right.

From the window of her 1880’s lumber baron’s home, Karen Tighe can watch a different march. Each day she sees Bay City residents trudge east along Center Avenue, from apartments near downtown to a strip of fast food restaurants.

“They walk by in the morning with their Taco Bell shirts slung over their shoulders,” Tighe said, “and come back at night with a couple little bags of groceries.” 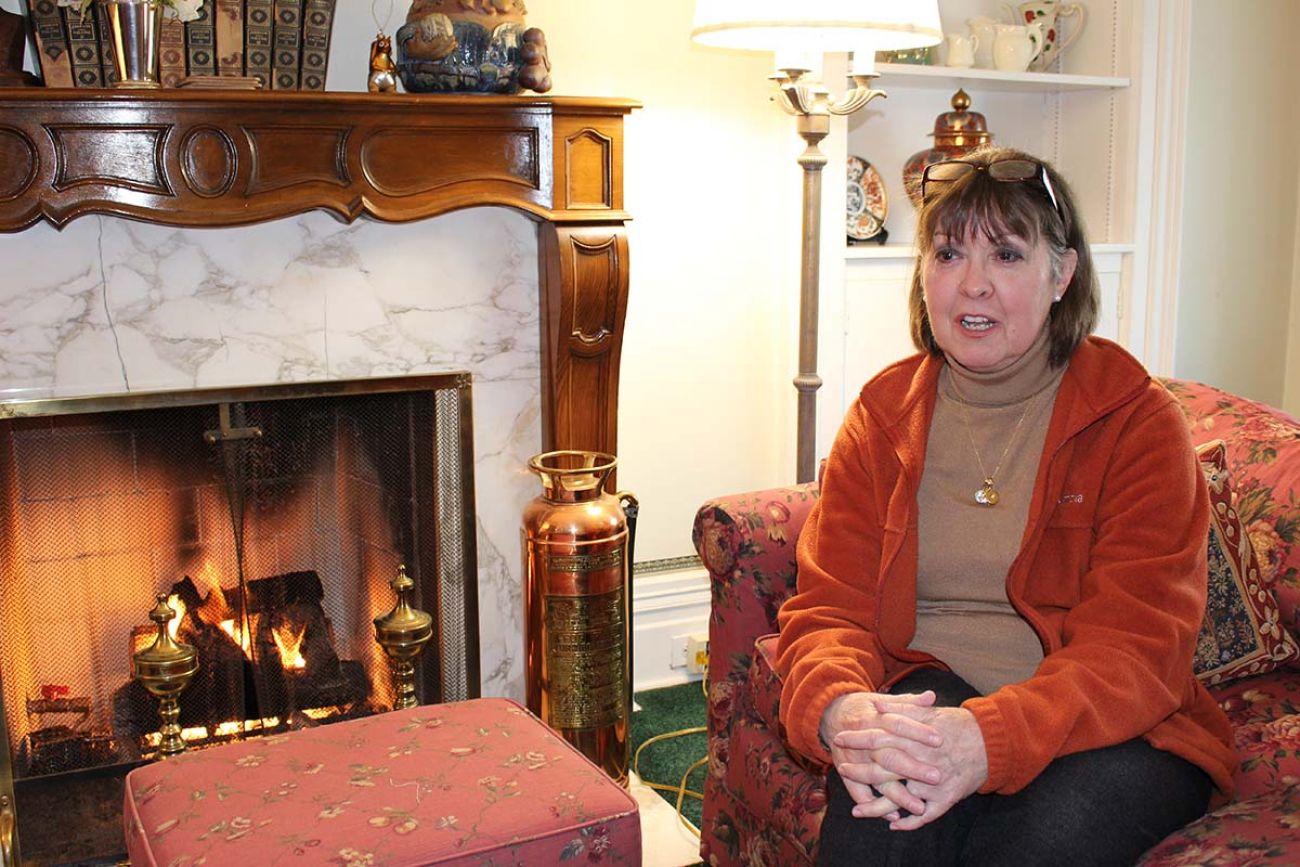 Though separated by more than a mile, the marches are tied together by a long parade of bad news. The automotive plant on the outskirts of town that once employed several thousand workers now provides paychecks to fewer than 400. The workforce in Bay County, where Bay City is located, shrank by more than 2 percent between 2012-15, the worst of Michigan’s 14 designated economic regions. The unemployment rate is higher than the state average, there are more people on disability than the state average, and those who do work earn below the state average.

The odds of making more money than your parents are growing longer across the U.S., according to a Stanford University study. Almost nowhere are those odds longer than in Michigan, where just 46 percent of 30-year-olds make more money than their parents when they were the same age. 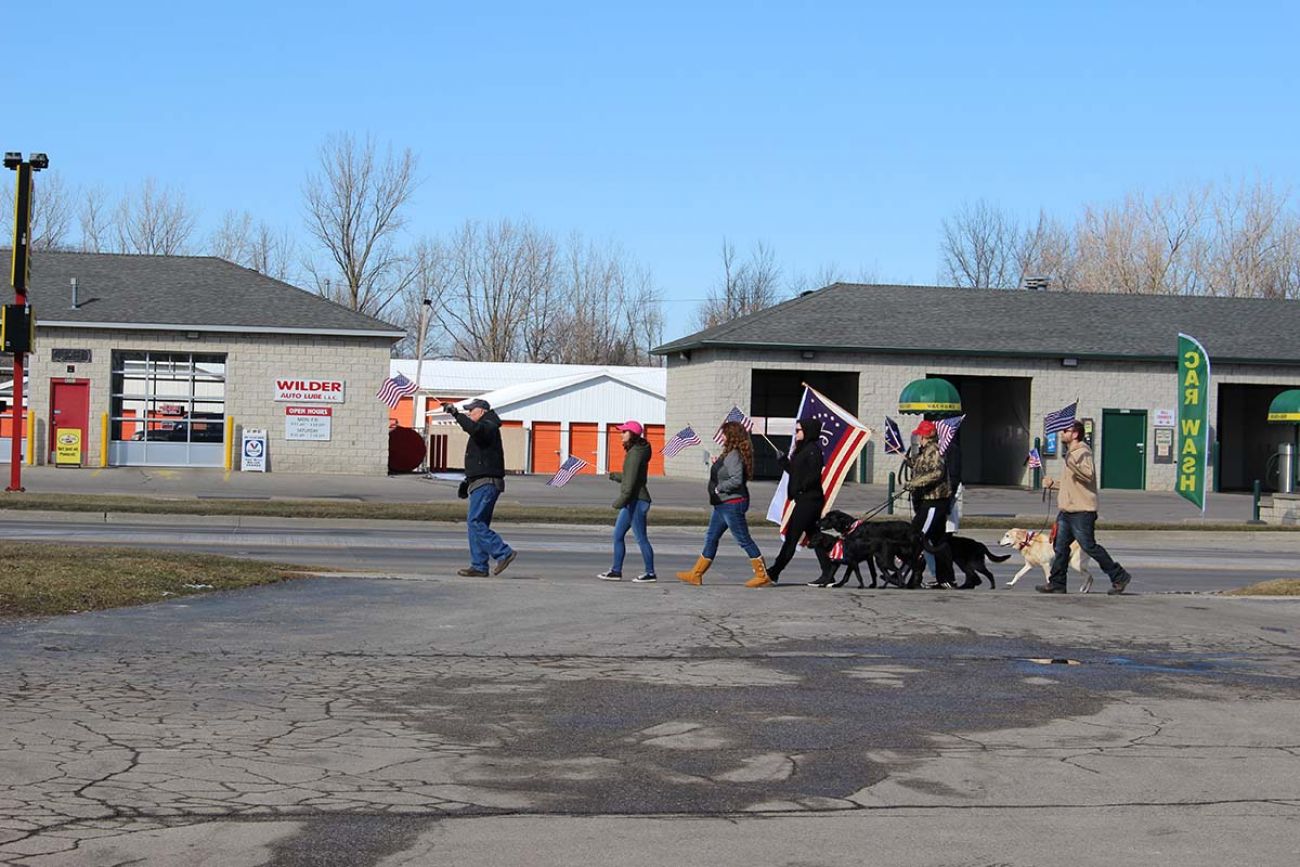 And in Michigan, almost nowhere has the American Dream faded faster than in Bay City.

“There have been multiple manufacturing companies that are gone and I don’t see them coming back,” said Deanna Prieur, who organized Bay City’s “March 4 Trump” rally, one of a series of rallies to show support for President Trump held around the country on March 4. “We have industries shrinking down to nothing. We have people losing their homes left and right. The younger kids, they can’t raise a family on minimum wage. They’re not going to have a pension.”

Last November, a city and county that voted twice for Democrat Barack Obama flipped to Donald Trump in the 2016 presidential election. It was a vote for an outsider by people who increasingly feel like outsiders themselves.

“When you’ve got the workers doing this physical hard labor and they lose their job,” Prieur said, “they’re going to think differently.”

Tighe is a retired judge who lives in a large old home on a street of large old homes she calls “money pits.”  Sitting beside a fire in an ornate fireplace, she admits she lives in a bubble, a bubble that has been hardened by the economic angst in the community.

“The whole manufacturing industry has been gutted,” Tighe said. “Retail has gone south. One mall closed (its only customers now are Bay County’s low-income residents visiting the local office of the state Department of Human Services). The Bay City Mall is still open, but Sears left, Target left, and Kmart is hanging on by a thread. There just aren’t a lot of jobs for people.”

Economic problems have fueled anger, Tighe said. That anger is easier to understand here, where families who used to make good money at the General Motors Powertrain plant now are making minimum wage, than it is for those living in the comparatively wealthy Democrat bubbles of Ann Arbor or Kalamazoo.

“It’s easy to stereotype. So many people think people living in poverty are doing it by choice,” Tighe said. “You just don’t understand the battles people face just to get by. They can’t make it on 7 bucks an hour.”

Still, Tighe has difficulty breaking out of her own bubble. “Who do I know who would admit voting for Trump? I can’t think of anyone,” she said. “I’m in my little silo around people who think like me.”

One of those people is good friend Mary Ellyn Cain. “Sometime before the election, we were all laughing about Trump,” Cain said. “I realize now that laughing about it was blinding us to what was going on.

“I actually tried to get out of my silo and see Trump like others see him,” Cain said, “and I couldn’t. I just couldn’t.”

At the Trump rally, Prieur gave a short speech. “We are here to support our president and stop the hatred across our country,” she said.

“Hillary for prison!” someone shouted to cheers. “Drain the swamp!”

“We need to stop the hatred,” Prieur continued. “Trump people are not like that.”

“Just the fake news!” someone shouted. Everyone nodded and laughed.

Bay County Commissioner Vaughn Begick stood at the back of the crowd holding a small American flag someone had handed him. Begick is the lone Republican on the county’s seven-member Board of County Commissioners. “Local politics are different,” he said. “The calls we get are about ‘My ditch is flooding,’ or ‘There’s a skunk in my yard.’

Begick said he attends a conservative church, where he hears talk of boycotting the new Disney movie “Beauty and the Beast” because there is a “same sex couple” in it.

“I used to watch CNN, and so much of it was so negative about Trump,” Begick said. “It really turned me off, so now I’m more watching Fox and listening to Rush Limbaugh on the radio.”

He doesn’t know if the people at the rally are socially conservative like him, or people just desperate for something to shake up a system that seems to be leaving them in the dust. “This used to be a big union town, but a lot of those jobs are gone,” he said. “Trump said he was bringing jobs back, and that was appealing.”

In February, General Motors announced a $20 million investment in the Bay City plant that makes camshafts and other engine components. Beneath the upbeat headline was the disclosure that the investment would bring no new jobs to the plant. A $118 million investment announced just a year earlier provided just 29 new jobs.

“For people cobbling together jobs at the cleaners and at McDonalds, all that talk about Mexico and bringing back jobs (by Trump in the presidential campaign) resonated here,” Tighe said. “They don’t tie (fewer factory jobs) to automation. You don’t look at the reasons why, you just know the jobs aren’t here. These aren’t intellectual reactions, they’re emotional reactions.”

That distinction doesn’t matter when you don’t have money to feed or clothe your baby. Social issues, the Supreme Court, Russia, those are things people worry about who don’t have to worry about necessities.

“A lot of things I read online, they’re trying to discredit our president,” Prieur said. “I cannot put myself in their shoes. I don’t understand what they are thinking and how they are reacting. As far as I’m concerned, they’re not for the people; they’re for themselves."

Every time a good paying job is replaced by automation, every step a formerly middle class mom takes walking to work at Taco Bell, the bubbles harden.

“The people of Bay County, they are listening to what he (Trump) says,” Prieur said, “and we will get our jobs back.”

Part of the series: Michigan Divided