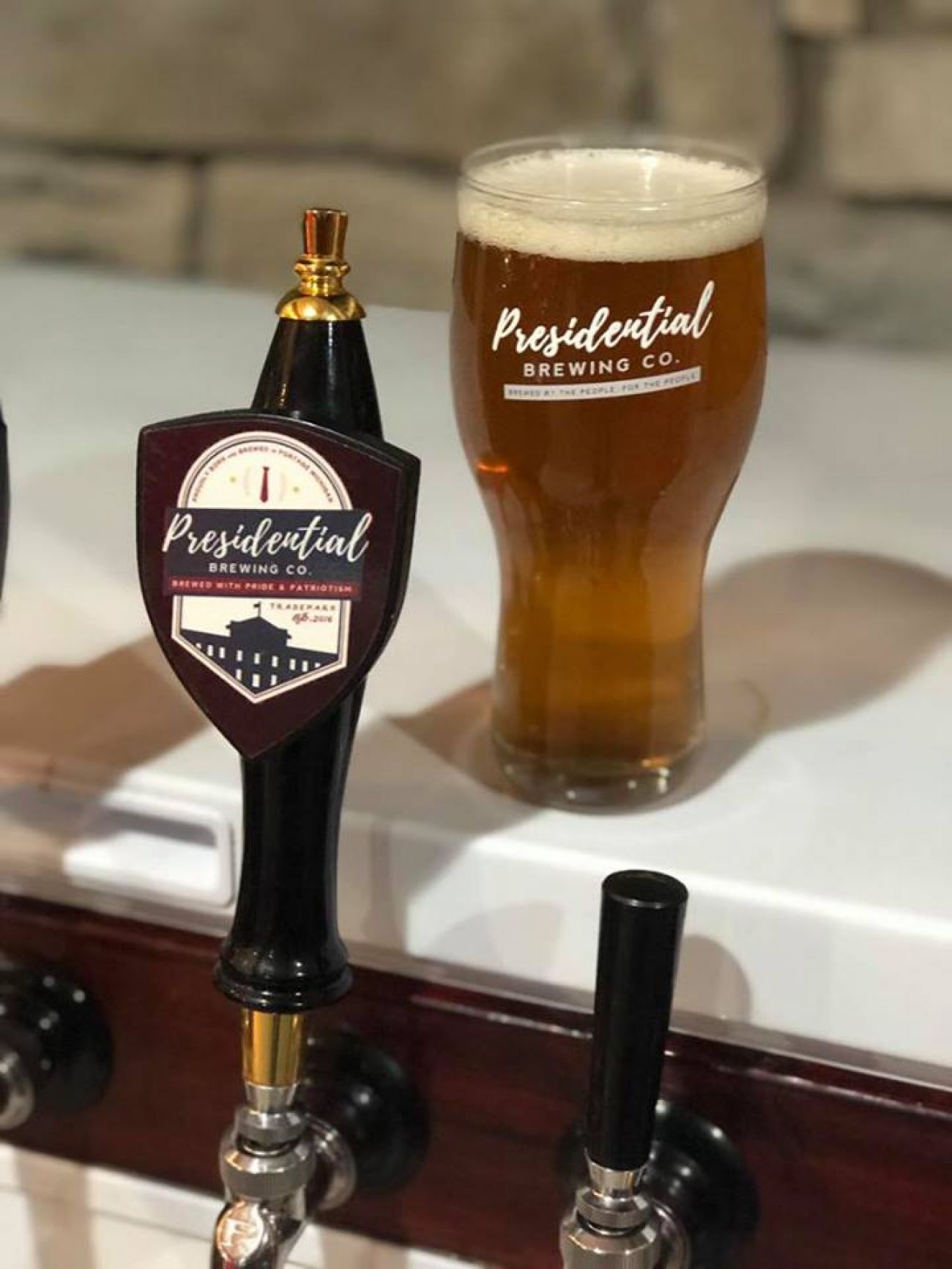 Airport delays and littered parks are the inevitable result of a nearly month long federal government shutdown. Michiganders will muddle through.

But when the standoff in Washington threatens the very existence of summer ale in the town known as Beer City, well, now we’ve got ourselves a situation.

Those are the real-life consequences playing out in the situation room of the Founders Brewing Company in Grand Rapids.

“We had a meeting two days ago about our contingency plan. If we do not see the federal government open by February fourth for our label that's coming out this summer, we are going to miss that opportunity,” Founders’ CEO and co-Founder Mike Stevens told Bridge.

From beer crazed Grand Rapids down through the Kalamazoo and Battle Creek areas ‒ hallowed geography toasted as the Ale Trail ‒ breweries, and those who hope to open them, are stewing through bureaucratic delays prompted by the government shutdown. Expansions are on hold. Labels aren’t being approved. And businesses aren’t opening.

All because an obscure outpost of the U.S. Treasury, the Alcohol and Tobacco Tax and Trade Bureau (or TTB), has been shuttered by the shutdown. TTB is the federal office that approves brewery licenses and labels for craft beers.

For celebrated, established companies like Founders delays are a headache. For smaller businesses, including start-ups, their very existence may be imperiled.

Consider the Lohses of Portage.

Jake Lohse parlayed a quality homebrew set into a tasty oat beer that, inspired by the president at the time, he called Oatbama Stout. That begat an entire line of presidential brews: Mount Crushmore, William Howard Draft, Jimmy's Peanut Farm, and Rutherford B. Haze, to name a few.

Jake and his wife Kayleigh Lohse began renovating space in Portage to open a presidential-themed bar. They hired lawyers to file an application for a brewery license. They spent 18 months hiring staff and hyping the business.

The opening of the Presidential Brewing Company was set for February 18 - Presidents Day.

Now, Jake Lohse says, “our opening day is in jeopardy.” Lohse’s is one in a pile of applications sitting on an empty TTB desk, waiting for federal approval.

West Michigan is the epicenter of the state’s booming beer industry. Michigan’s 330 craft breweries alone are estimated by the Brewer’s Association to contribute more than $2 billion annually to Michigan’s economy. The Ale Trail boasts more than 80 breweries, nearly 25 percent of the state’s total. 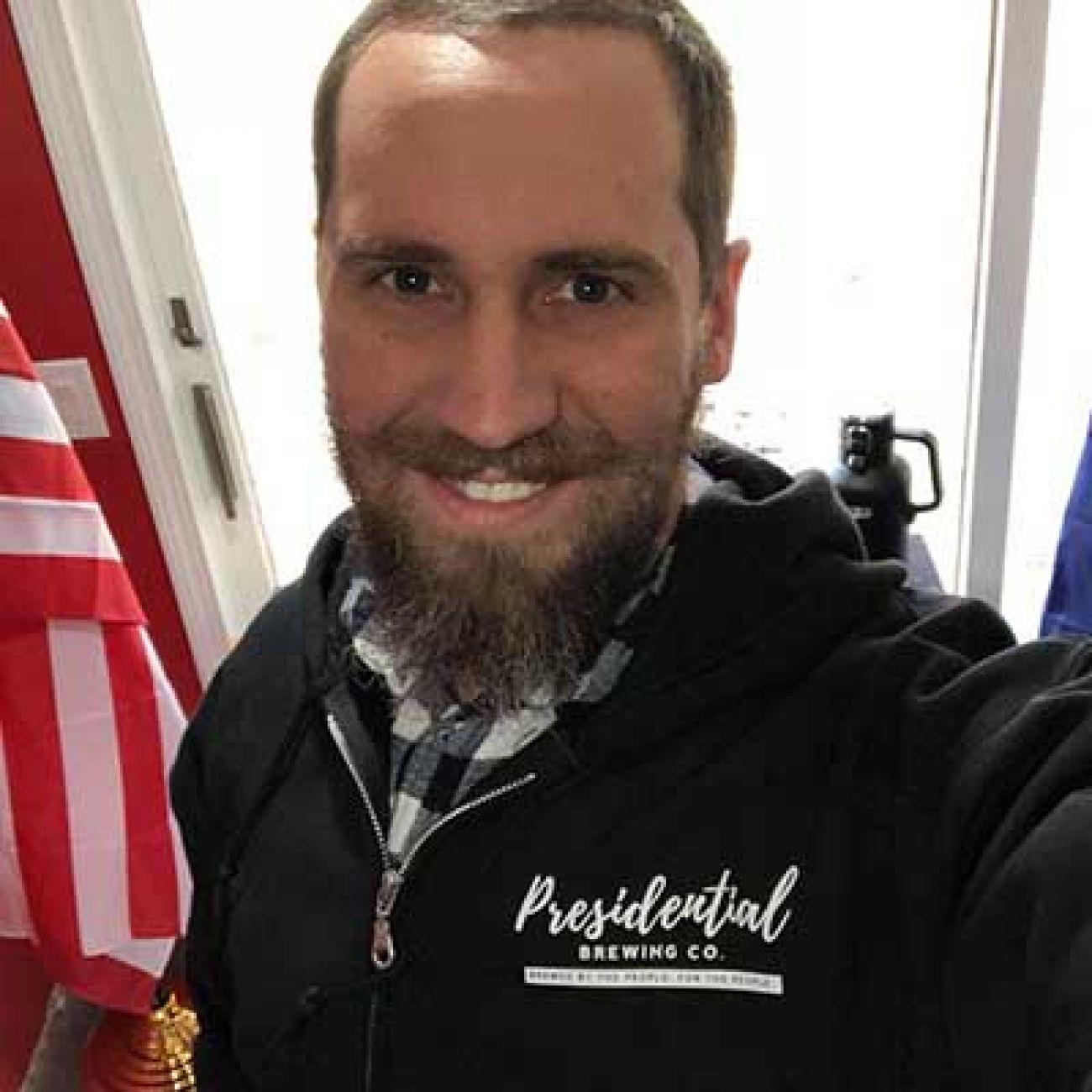 “The other piece of the equation is that I have had a day job for seven years at Stryker (the medical technology company) that I will be leaving to run the brewery,” Lohse said.

His last day is set for February 15th, three days before Presidents Day.

“I will be without income...I am pretty heavily dependent on this thing to come through.” Kayleigh Lohse, his wife and Vice President of Presidential Brewing Co., will still have her part-time job.

Without a license, the couple has no way to sell its patriotic brews and recoup its investment. “We are going to start up our Mug Club program which is an opportunity to earn some revenue,” Lohse said, though they “were planning to use that revenue for other things, not to subsidize a government shutdown.

Even if the government opens up again tomorrow, the Presidential Brewing crew has no idea how long before its application is finalized.

“We’re going to be opening a place in Battle Creek and right now we can’t even apply for the production licensing at the federal level,” New Holland Director of Administrative Operations Sheila Cunningham told Bridge.

New Holland’s Battle Creek expansion was announced in 2018 when it won a $200,000 grant from Battle Creek Unlimited to assist in opening a new brewery downtown. It was expected to provide about 50 jobs. 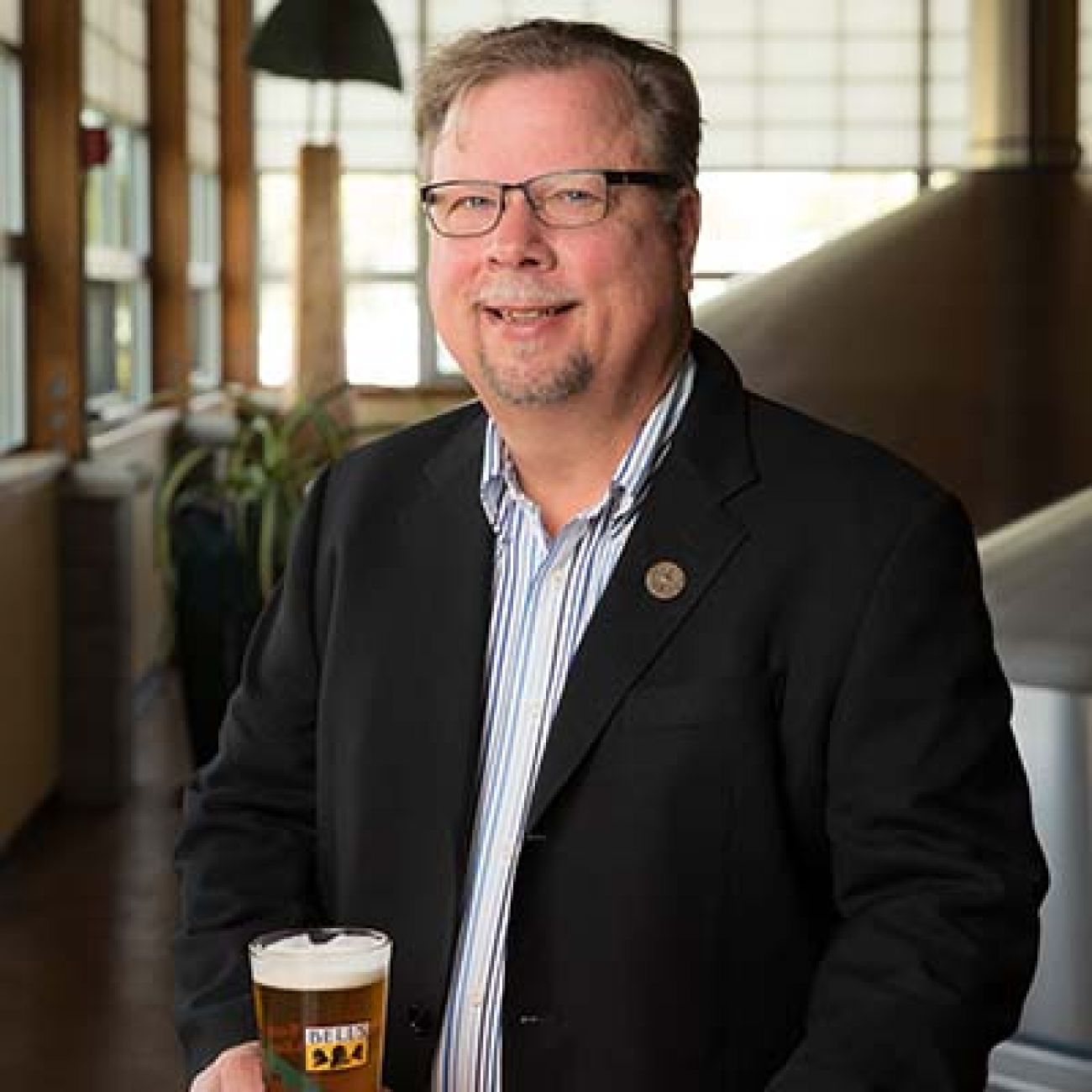 “We are several months out from opening there but in a non-shut down or backlog situation it can take months” to get through TTB. “So, even if the government opens up tomorrow it’ll be a huge delay,” Cunningham said.

The state’s major brewers don’t feel their existence is threatened, but consumers may see fewer seasonal brews this summer.

Founders along with Bell’s Brewery in Kalamazoo produce about half of the beer generated in Michigan. Both companies say they are unsure if spring or summer brews will hit the shelf this year.

For Stevens of Founders, that could mean ditching a planned (not yet approved) summer brew for another “beer that already has label approval so we don’t have to rely on the federal government to run our business.”

Such reshuffling would have downstream effects. “We’re a brewery now that sells beer to the Meijers and the Spartans and the Targets… [those stores] also have schedules and commitments and we have commitments to them and we sell this to them six month in advance.” If Founders can’t put out its summer brew, the large retailers will have to scramble to fill the shelf.

Larry Bell, owner of Bell’s Brewery, said the company “may need to rearrange some things” for the release of it’s upcoming brews. A planned release in May could be pushed to August, he said. “The window is closing... It may not be closed but it’s something we’re keeping an eye on.”

Still, Bell acknowledged, the delays constitute merely a “hiccup in our business plan...We are in really good shape.”

“If I can’t get something through [at Founders] I don’t shut down the company to get that through,” Stevens said, adding that negotiations in Washington “need to be a bipartisan effort…. Playing with folks’ livelihood is not the right way to come to a resolution on conflict.” 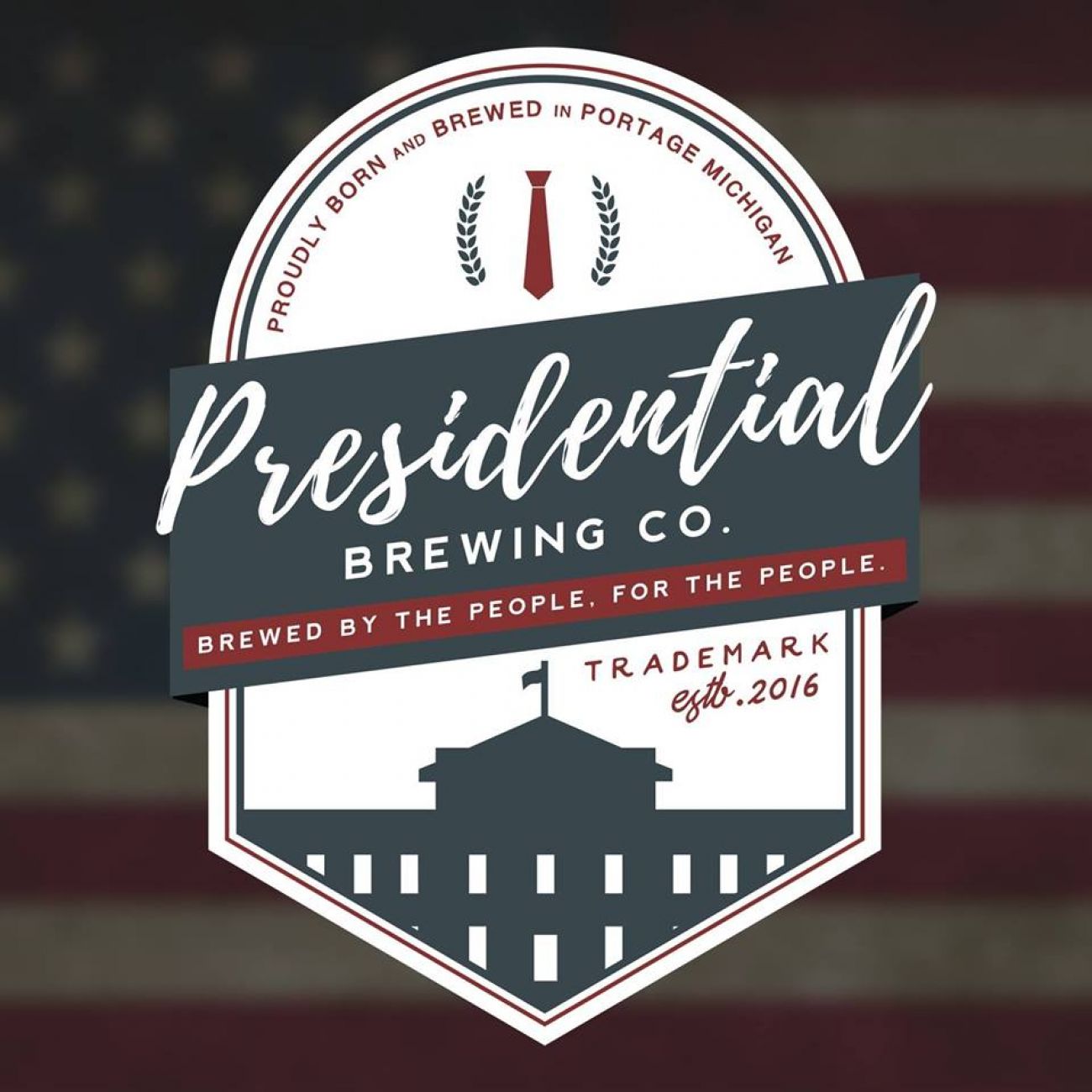 Grand Rapids boasts 43 breweries in a tight vicinity. Named ‘Beer City USA’ and winning national acclaim for its breweries several years back, the city has poured considerable resources into broadcasting the title with beer-centric tourism campaigns. It appears to be working, as a 2015 study by Grand Valley State University’s business school found that craft beer tourism alone added $12 million to Kent County’s economy and 171 jobs.

Amid Washington gridlock, many of the city’s local watering holes say they are going about business as usual. Unlike multi-state distributors such as Bell’s and Founders, beer brewed in Michigan to be sold only in Michigan only needs to be approved by the state. Local pubs Brewery Vivant, B.O.B.’s Brewery, and Grand Rapids Brewing Company all told Bridge they are unaffected since they only sell on site or their distribution is limited to in-state locations.

Chas Thompson, Beer Engineer at Schmohz in Grand Rapids, suggests the entire “stink” about the delayed labeling is a overreaction. “The effect it has on brewers is negligible,” he said. The label approval is “a six-month long process so a few weeks? Eh.”

Back in Portage, Jake Lohse is less chipper. “I am optimistic...but the longer it goes on the harder it gets.” And he admits to being “bummed that we might miss Presidents Day.”

“We’ve put a lot of heart in this and at this point we are so ready to be open,” he said. “Every day we are delayed it feels much longer than a day.”