The glut of travelers who pile into cars and clog Michigan’s highways every summer one day may be able to ditch the car keys for a train ticket Up North.

Freight trains now rule the tracks that connect the most populated southern part of the state to the Traverse City area. But discussions have been underway for years to change that, and organizers say they may finally be nearing a breakthrough.

Train advocates in northern Michigan are lobbying to establish passenger service from Ann Arbor to Traverse City ‒ and points in between ‒ by summer 2019 for special events. The excursion trains would be a test case to build support for running daily routes.

And if the early findings from an ongoing feasibility study are on point, the train line could be a hit with a lot of people and places. But organizers admit that a permanent route could be years away. 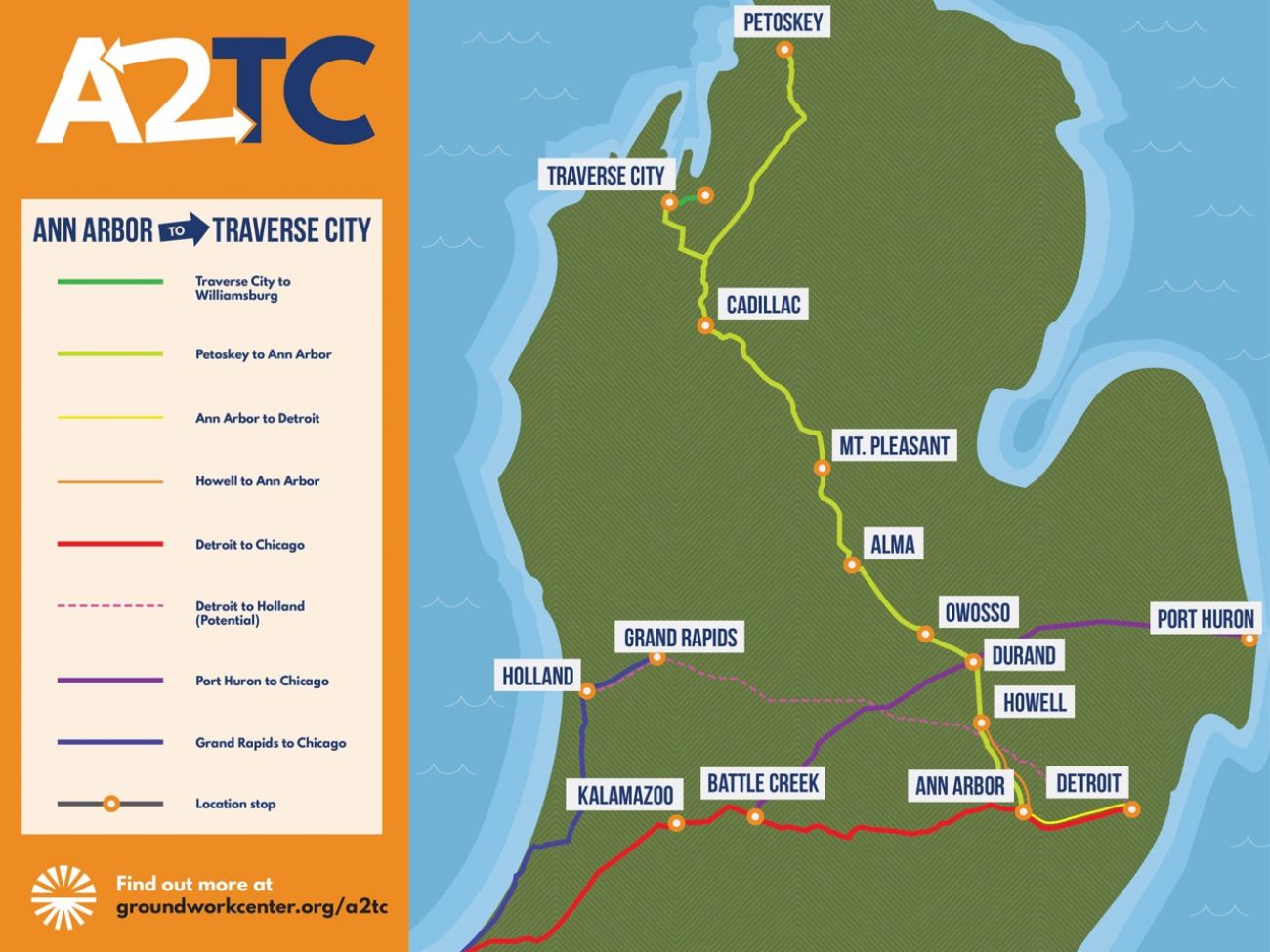 “It could provide options for baby boomers moving up to the region and for college students at Baker, Alma, CMU, U of M,” Jim Bruckbauer, deputy director of the Groundwork Center for Resilient Communities, an environment advocacy group in Traverse City that is spearheading the study.

“We see the potential for what this can do for the downtowns between Traverse City and Ann Arbor - Owosso, Clare, Cadillac,” Bruckbauer said.

The Groundwork group raised $100,000 to do the study from a federal grant and matching funds from the Michigan Department of Transportation to groups including the National Association of Realtors, Rotary Charities of Traverse City and municipalities along the route. The study should be completed this summer, Bruckbauer said.

Preliminary results of the ongoing feasibility study suggest a passenger train, called A2TC, connecting the two cities would attract widespread ridership. Projections that show tourism in Traverse City and surrounding areas is expected to double from 6 million visitors a year to 13 million by 2045, said Alex Metcalf, president of Transportation Economics and Management Systems, the Maryland-based consultant working on the study.

“It’s remarkable that the region is getting 6 million visitors, that knocked me over,” Metcalf said.

(Other studies have pegged tourism at closer to 3.3 million in Traverse City, but Metcalf said his research included other areas in northern Michigan.

Metcalf is still crunching numbers and expects firm estimates by July on costs to improve tracks, the number of riders necessary for the project to be viable and economic impact. Typically, projects such as this involve public-private partnerships and federal and state funding, he said.

“So far, we think there could well be a lot of potential here, but only if there are good financials,” he said.

Plenty of skepticism remains about the project, however. So far, consultants have yet to release cost estimates, but any plan would require state and federal investments as well as money from communities to build train stations.

Costs could add up to $500 million over a couple decades for infrastructure improvements and operations, said Marty Colburn, city manager of Traverse City.

He called the A2TC a great idea, but warned that a lot of study remains to be done.

“This is coming, new technologies are coming. Exactly when depends on research and development,” he said. “We (in Traverse City) are the end terminus for a lot of people coming up north. Can we accommodate it, yes. But at what cost and how fast?”

The train could be a tourism magnet and a service for the colleges that sit along the estimated 250-mile route including the University of Michigan, Alma College and Central Michigan with about 90,000 students, the early study findings suggest.

The Groundwork study also will look at whether the train route could be an economic boost for cities along the route such as Howell, Durand, Owosso, Alma, Mt. Pleasant, Cadillac. And it will look at the feasibility of linking to Petoskey to the northeast of Traverse City.

The study is modeling costs on running trains at 60 mph, 90 mph and 110 mph, as well as running trains to areas like Boyne Highlands ski resort and other areas including Mancelona.

The state owns the rails between Ann Arbor and Traverse City, but private companies such as Great Lakes Central Railroad lease the railroad tracks and move freight trains along the route.

For now, the state has been on the periphery of discussions about the A2TC train and is waiting to see the outcome of the study, said Tim Hoeffner, director of the Office of Rail at the Michigan Department of Transportation.

“There needs to be a much bigger dive into the numbers,” he said. “But it is intriguing to see the amount of support for it.”

While organizers wants to see excursion trains running in time to take tourists to the cherry festival and film festival in Traverse City, or to the wine country next summer, that only leaves about a year to find an operator and get the trains moving.

John Langdon, a spokesman for the Michigan Association of Railroad Passengers, said the group would like to see several trains a day run from Ann Arbor to Traverse City and Petoskey.

Traverse City tourism, the popularity of winter and summer sports at places such as Boyne Falls as well as casinos along the route justify the investment, he said.

“I feel positive this will happen, the only drawback is when?”