As deadline nears: How to choose the college that’s right for you

Get involved and you’ll probably be happy at whatever college you choose, says U-M Senior Nikole Koszarycz (Courtesy photo)

May 1 seemed far away when those exciting acceptance emails and thick financial aid offers started arriving months ago. But now the time (May 1 is the deadline for when most schools allow applicants to accept admissions offers) for saying “yes” to one college and “thanks, but no thanks,” to the others is bearing down on you like a 300-pound linebacker.

Bridge spoke to experts and college students, and dove into our reporting on college comparisons, to offer tips for late-deciders on how to choose a college that’s right for you.

CHECK THE BILL ‒ AND GO BEYOND STICKER PRICE

You’ll likely be paying college loans for years, so it’s worth comparing financial aid offers from schools. Those offers may surprise you, said Brandy Johnson, executive director of the Michigan College Access Network, which advocates for increasing the number of Michigan students getting two- or four-year college degrees or certificates.

For example, the sticker price at the University of Michigan at Ann Arbor is among the highest of the state’s public universities, but it’s the cheapest public university for low-income students once financial aid is factored in.

This chart shows the average net cost of attendance – the true cost of tuition, housing and fees minus grants and scholarships – for Michigan’s universities

*Average cost for students with incomes below $30,000.

This website allows you to check the real cost of attendance at colleges across the country, broken down by family income. A caution: the data is a few years’ old, but it still can serve as a great comparison between universities.

WHERE ARE YOU MOST LIKELY TO GET A DIPLOMA?

That bargain-basement tuition at one school may sound good, but you won’t save money if it takes you longer to graduate, or your chances of earning a degree are lower.

“Look at outcomes of students who attend the college, particularly for your income group,” Johnson said. “How well do those institutions do with low-income students or students of color? What are their graduation rates, their time to graduation and average indebtedness.”

LISTEN TO YOUR GUT

You can immerse yourself in a sea of data, but the fact is you’re choosing a home for four (or more) years. 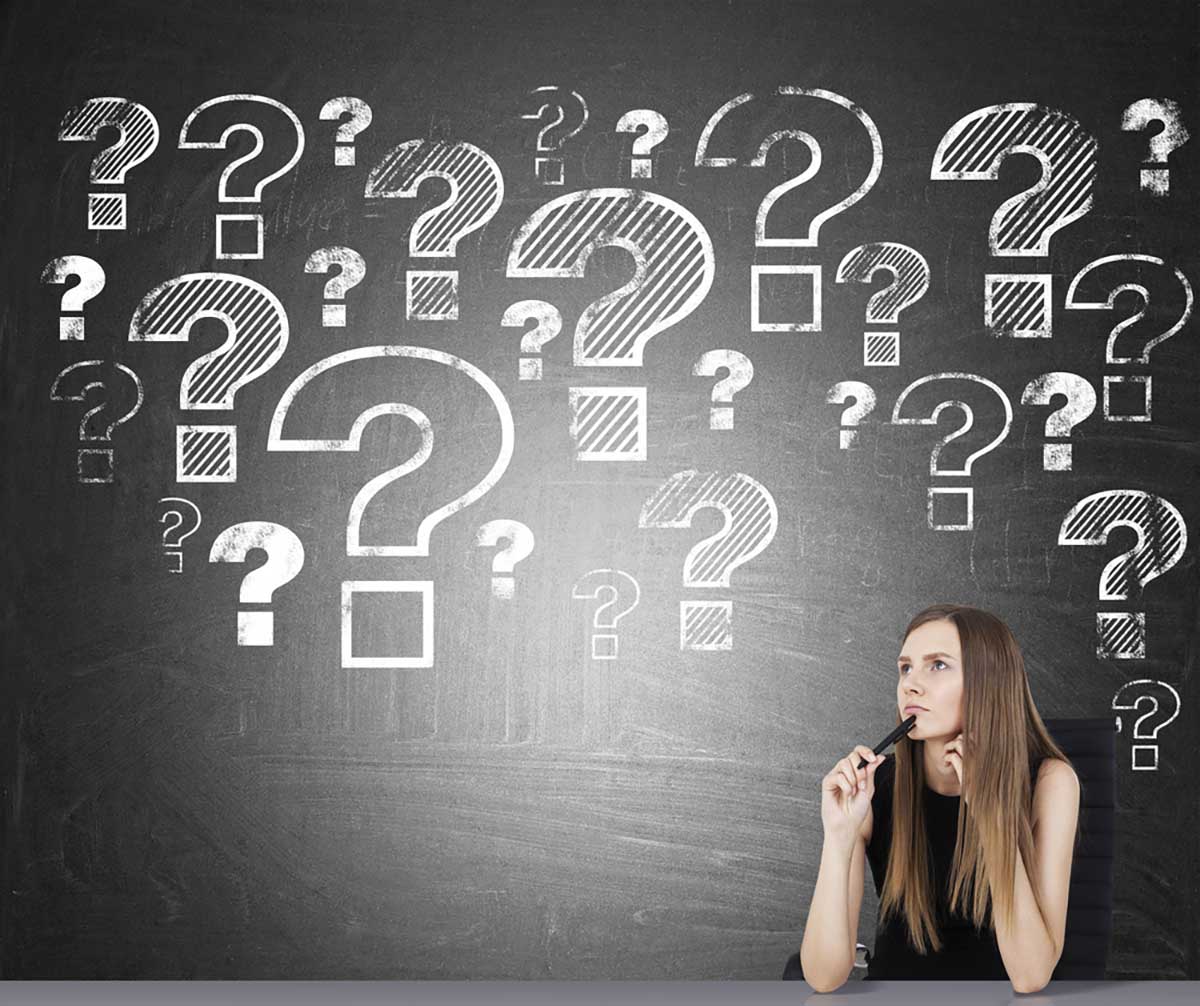 Many high school seniors are facing their first college test this month – choosing which university to attend from among schools that offered them admission.

Patrick O’Connor, associate dean of college counseling at Cranbrook Schools in Bloomfield Hills and past president of the National Association for College Admission Counseling, tells students to find the “social center” of a campus – maybe the union, maybe the campus square – and people-watch. Do the students seem like people you’d want to hang out with?

THINK ABOUT MAJORS, NOT FOOTBALL TEAMS

Do you think you know your major? If so, look at how strong that specific program is at the schools you’re choosing between, said Madeline Riley of Parros College Planning in Ann Arbor, which offers its own tipsheet for choosing a school.

“We suggest considering strongly not only the college's ranking but the actual program rankings,” Riley said. “A student's major matters tremendously and being at a school with a great degree program for a student's intended major can often (help) finding research opportunities (and) internships.”

BANG FOR YOUR BUCK

Are you paying for a Cadillac and getting a Yugo? You should look at the earnings of students 10 years after enrollment at different universities. The results may surprise you.

REMEMBER, YOU CAN ALWAYS TRANSFER

Don’t be paralyzed by the belief that a decision you make now locks you into a school for the next four years or more. More than one-third of college students transfer from one higher ed institution to another during their college career.

"I've transferred twice and attended three universities in three semesters,” said Colin Beresford, who’s attended Central Michigan University, Oakland University and is now at the University of Michigan at Ann Arbor. “If you don't end up enjoying the school you decided to attend, transferring is an option.”

MOST STUDENTS ARE HAPPY NO MATTER WHERE THEY CHOOSE

“From starting salaries to happiness indicators, a vast amount of a student’s well-being rests on what they do in college and not the name of the institution,” said Cranbrook’s O’Connor. “As you get older, education is more about what you do, rather than what others do to you.”

Just ask Nikole Koszarycz, a senior at the University of Michigan at Ann Arbor. Her advice for high school seniors: You’ll be fine no matter what school you pick.

“Choosing the right college is definitely a daunting task, but I think that sometimes we put too much emphasis on picking the ‘perfect’ school,” Koszarycz said. “If you get involved and join organizations on campus that you’re interested in, you’re going to have a great four years surrounded by like-minded people.”

Well done! A nice, well-reasoned, appropriately-sourced and reassuring article on a subject that makes too many kids and parents crazy.

Isn't Schoolcraft a community college? Also, why is Albion not included in any of the lists?

Schoolcraft College is a community college. Not sure why it's in the list - but its listed low cost is directly related to the fact that it's not in the same category as the state and private 4-year colleges that follow.

About College? Someone needs a grammar course. See quote under first photo.

Oops. Thanks for the heads-up, Jim. Fixed it.

It's probably too late for this year's applicants, but one way to size a school up is to attend an admitted students day or weekend if the school offers them. You will have a chance to meet other students like yourself who have been admitted, sit in on classes, tour the department or college (if it's a big university) where you intend to major, eat in the school's cafeteria, and even sleep in a residential hall if the school permits. My daughter found these admitted student days very helpful in narrowing her decision to one school from several colleges she was looking at.

Another thing to consider beyond financial aid and return on investment that impacts cost is whether you will receive college credit for AP classes taken in high school or dual enrolled college courses. A note of caution about dual enrollment. Many colleges will not give students credit for a college course taken in high school if the course was needed to graduate from high school. But they will award credit for AP courses if you take the AP test and get what the school considers a passing grade. You can cut the number of credit hours you will need to graduate from college using advance placement credits with the added bonus of cutting your final cost. Most colleges have on their web site a table that will show what AP courses they give credit for and what score you need to have on an AP test to get the credit. If cost is an issue, it pays to compare college AP policies to see which one offers the most credit for your success in high school.

Author of Finding Your Path to Yes: A Guide for Parents Helping a Child Get into College (soon to be published on Amazon)

Another consideration is starting at a college such as Oakland Community College. Community colleges offer high transfer rates, small class sizes and affordability.

But be careful. My son attends OCC and is transferring to OU. Many classes he was told would transfer are not going to. He is fairly upset about that, since he thought the information (from OCC's counselors) was reliable, and he now has to retake classes.

It is a good practice to start from the results you want and work back up the process.

A little hint ... it doesn't matter nearly as much what college you go to as does the major you choose. Too many kids make it half way through their junior year and still can't figure it out so end up with 6 years of college, a bunch of debt and a BS degree. Junior/comm college and part time summer jobs are a good place to figure it out on the cheap as mentioned you can always transfer and 25 and 26 is still young so don't sweat it! This article kind of puts the emphasis in the wrong place.

First generation college students and their families have support in their schools to find the right match and fit. Guidance counselors and full-time college advisers support students as they explore their post-secondary options. They meet one on one to help a student put together a plan, research their options, complete applications, organize college visits, and complete financial aid. While seniors are making their decisions this May, juniors can get a jump start by asking for help and doing their research and visits this summer. Reach out to your local college access network for more information.