Eastern Michigan University is asking a Washtenaw County Circuit Court judge to order faculty back to work after the faculty union voted to strike Tuesday evening.

EMU filed the lawsuit on Wednesday. The EMU chapter of the American Association of University Professors (EMU-AAUP) contends the university is dragging its feet on negotiations, while the university said the strike disrupts students’ education.

The university announced its filing around 2:45 p.m. Wednesday.

#EMU files for an injunction for a judge to order striking faculty back to work.

In a statement, ​the union said it would file a “forceful response.”

“Our strike against the EMU administration’s repeated, illegal, unfair labor practices will be settled at the bargaining table, not in a courtroom,” said union President Mohamed El-Sayed, a professor of engineering at EMU. “Instead of filing lawsuits, which have no merit. EMU administrators should focus their efforts on good-faith bargaining so we can reach a fair agreement which supports our students.”

On Wednesday morning, about 40 union members marched in a picket line in front of Welch Hall, across from the Ypsilanti Water Tower, while about a dozen people stood by in support of the initiative. The union has 517 members. One key point of contention is how much employees should pay for health care. 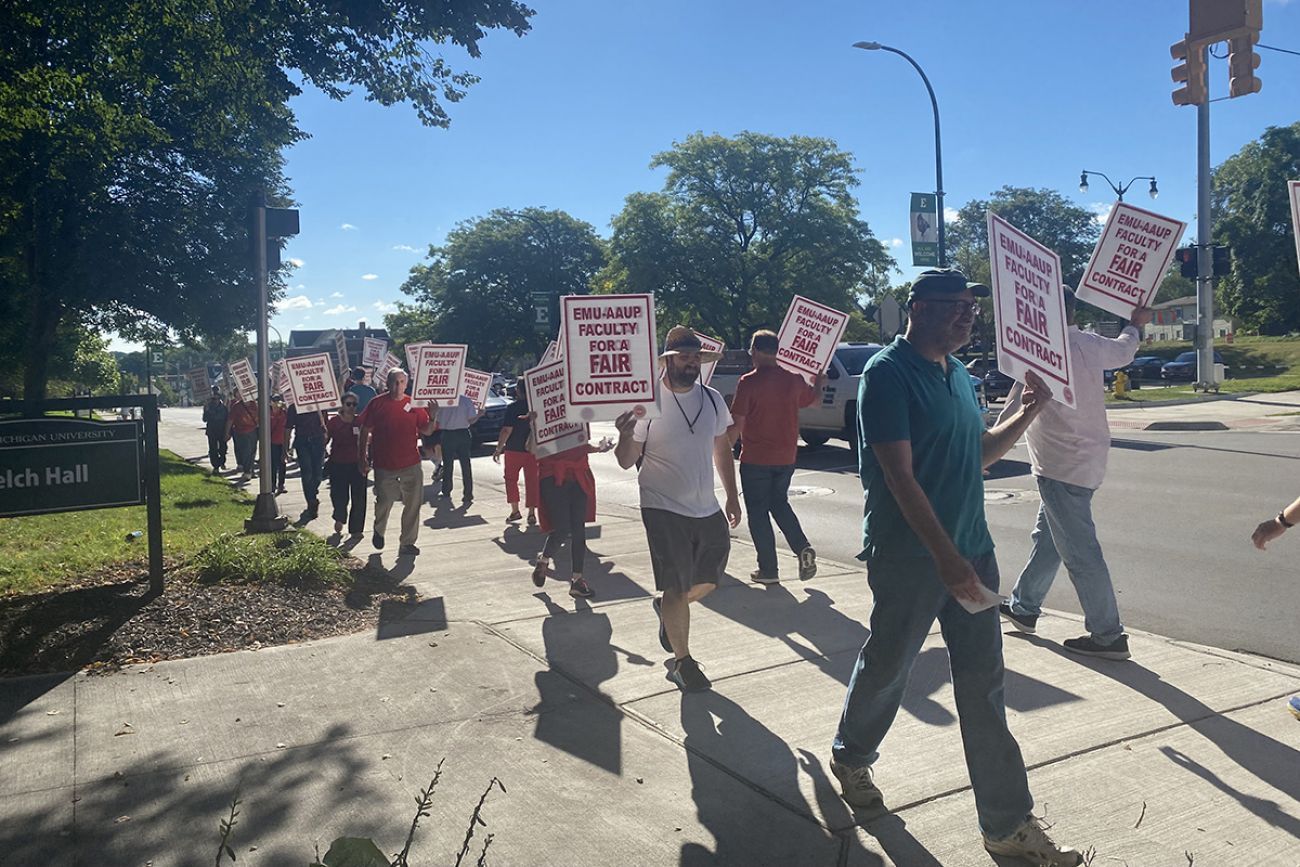 The university’s court filing claims the strike is illegal and harmful to students.

“This strike is causing and will cause EMU permanent and irreparable injuries for which there is no adequate remedy at law,” the complaint states. It also alleges other adverse effects, including:

In response, El-Sayed said, “Filing an unsupported lawsuit that attempts to force our members back to work against their will does not move us forward one inch.”

He said the union negotiating team is meeting with university officials and is “available today and every day to find common ground, settle this dispute and move our University forward.”