ANN ARBOR – Keg beer may be part of the solution to decreasing high-risk binge drinking on college campuses.

You read that right.

Campus leaders and police say a 2010 law curtailing keg beer at college parties had the unintended consequence of increasing dangerous drinking, because students began filling their Solo cups with hard alcohol. An effort is underway, led by politicians, retailers and at least one university president, to roll back a law that even its sponsor now says is ineffective.

September is the most dangerous month for college drinking, with a new crop of freshmen arriving on Michigan campuses who by and large don’t know their drinking limits, and students “pre-gaming” before college football.

Bridge chronicled one game day on Michigan campuses in 2015. At least 91 were arrested for under-age drinking on four campuses, and 22 were hospitalized for alcohol-related problems in Ann Arbor alone.

In October 2014, more than 200 people flooded into one Lansing emergency room during the Michigan-Michigan State football game, a level of alcohol poisoning that one ER doctor called a “mass casualty event.”

University of Michigan President Mark Schlissel told Bridge last week that high-risk drinking is “one thing that keeps me up at night. I’d say our progress has been slow. It’s been a struggle.”

The frequency of high-risk drinking has remained stubbornly high, with between 41 percent and 46 percent of University of Michigan undergraduate students reporting at least one experience of high-risk drinking in the past two weeks (defined by as four or more drinks for a female student or five or more drinks for a male student).  That’s significantly higher than the 32 percent national average, according to survey results from the National College Health Assessment. 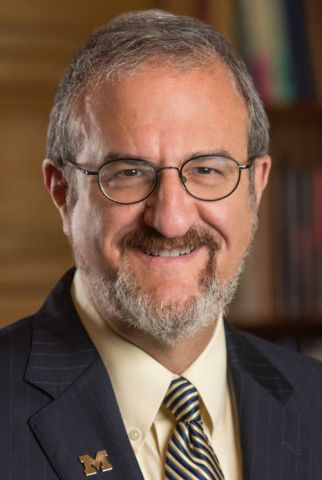 A 2011 state law, required those renting kegs of beer to leave their name and contact information, allowing police to more easily charge the hosts of campus keg parties that served beer to underage drinkers.

RELATED: How one Nebraska school cut dangerous drinking by a third

Keg sales plummeted, but drinking didn’t. Students switched from 10-proof beer to 80-proof vodka, which students could buy by the case without the same identification required for beer. 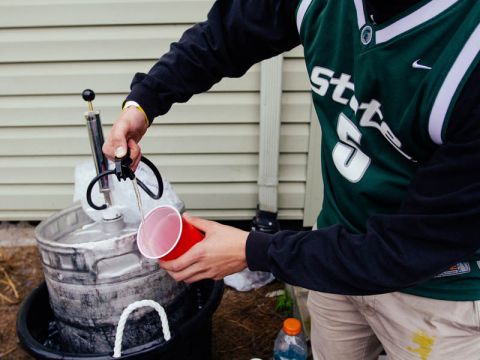 Sen. Geoff Hansen, R-Hart, is the sponsor of a bill to repeal the keg tag law. The bill passed the Senate 38-0 in May, and is awaiting consideration in the House. Hansen said he’s unaware of any opposition to the bill.

The keg tag law’s original sponsor is Mark Meadows, who was a state representative for East Lansing, home of Michigan State University, which has occasionally appeared on lists of top party schools over the years.  Meadows, now mayor of East Lansing, said in 2015 that the law didn’t appear to have had the positive impact he’d sought.

“It’s a failed experiment,” Hansen said. “It (the repeal) was brought to me by law enforcement, saying, (the keg tag law) doesn’t work. It’s one of those things that looks good on paper but was a dismal failure.”