More Michigan early elementary students are likely returning to school behind in reading than in past years.

The analysis tallied 3,661 third-graders (4.8 percent of the state’s test-taking third-grade students) who scored low enough on the state’s standardized test, the M-STEP, to be considered at least one grade behind in reading. Those students were flagged for possible retention under Michigan’s “read-or-flunk” law, which went into effect in the 2020-21 school year.

Not many of those 3,661 third-graders flagged for retention will likely be held back this year. There are exemptions under the law, and school leaders and parents have leeway in deciding whether a student should flunk because of low reading scores.

Some Michigan school districts have said they don’t plan to hold back any third-graders because of low reading test scores, offering reasons ranging from the pandemic to believing that making students repeat a grade does more harm than good.

Whether or not there is an increase in students retained in grade this year, the scores on which those recommendations are based make it clear that more children struggled to master reading during a school year that saw many students lurch between sometimes ineffective online learning and socially-distanced classrooms, said EPIC Director Katharine Strunk.

“We really need to be paying attention to early literacy coming out of the pandemic,” Strunk said. “It’s clear that a good proportion of third graders … are struggling.”

The MSU report, based on student-level data from the Michigan Department of Education, found that 4.8 percent of third-graders who took the M-STEP were at least one grade behind in reading. In the 2018-19 school year, 4.1 percent were that far behind.

The actual increase in struggling readers is likely larger, Strunk said, because a lot of students in districts that typically struggle on the M-STEP did not take the test this year, after the federal Department of Education made the test optional this past year citing the pandemic. In one of those typically low-performing districts, Detroit Public Schools Community District, only 9 percent of students took the test.

“The students who are most likely to struggle on the test were the least likely to take the test,” Strunk said.

Experts view third-grade reading skills as a critical milestone for future academic success and key to improving Michigan’s schools, which rank in the middle of the pack among the states in academic achievement.

Michigan ranks 34th in the percent of adults with a bachelor’s degree or higher.

In 2016, the Michigan Legislature passed the law that recommends students who are more than a grade level behind in reading by the end of third grade be retained. At least 15 states have similar laws.

Since the Read By Grade Three law was passed in 2016, the state has invested at least $80 million to try to boost early literacy, and schools now are flush with cash from federal COVID relief funds meant to bolster classroom efforts to help students recover academically from the pandemic.

Some school districts beefed up summer school offerings, and others hope to increase the number of teacher aides in early grades to provide more one-on-one teaching for struggling students.

MSU’s Strunk argued that a pandemic school year is the wrong time to be flunking students because of poor reading skills. Instead, schools should double-down on early literacy efforts, she said.

“Students are coming out of this year with learning difficulties and also emotional challenges, and given what we know about the effect of retention, it may not be that retention is the best option,” Strunk said.

Among the MSU report’s other findings: 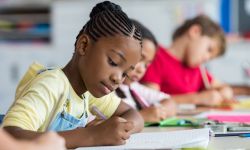 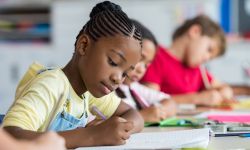 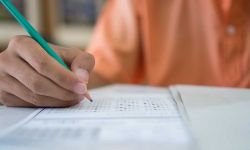 What Michigan parents must know about upcoming school standardized tests