Nearly a third of Michigan educators mull quitting because of coronavirus

About 7 percent of Michigan educators are leaving the profession because of concerns over coronavirus and another 24 percent are considering walking out the door, according to a survey of more than 15,000 Michigan K-12 educators released Thursday.

The survey, conducted May 15-22 by the Michigan Education Association, the state’s largest teacher union, revealed broad concern about reopening Michigan’s schools in September.

If schools do open, educators support checking the temperatures of staff and students entering school buildings, and wearing masks.

There are about 100,000 public school teachers in the state. About eight in 10 of survey respondents are K-12 teachers, with the remainder being education support staff. About 3 percent of respondents were college faculty.

The departure of thousands of teachers who quit because of health concerns related to COVID-19 or retire earlier than they intended would hobble Michigan schools, many of which already struggle with teacher shortages that force them to turn to uncertified long-term substitute teachers to lead classrooms.

The survey found 1.2 percent of educators were retiring this year as planned -- a figure MEA communications director Doug Pratt said is typical.

“If even a fraction of those who are considering leaving follow through, that’s thousands of teachers,” Pratt said. That will exacerbate the problem ]of teacher shortage in some districts.]”

The survey findings are similar to a national survey that found one in five teachers were considering quitting as a result of the pandemic.

Michigan’s public and private K-12 schools have been shuttered since mid-March under an executive order from Gov. Gretchen Whitmer as the state tried to stem the spread of the potentially deadly virus. Education has continued for homebound students, primarily through online lessons or printed packets of lessons.

Whitmer created an advisory council consisting of teachers, administrators, students, parents and health officials to map out a plan for K-12 education until a vaccine is developed. The results of the survey will be shared with the advisory council, MEA’s Herbart said.

There is no date set for the release of those recommendations.

Schools are under pressure to find ways to bring students back to classrooms in the fall, so parents can return to work.

In the survey, more than eight in 10 educators said they worry about the health risks to their families if they return to in-person teaching in the fall. Nine in 10 fear for the health of fellow teachers, administrators and support staff. Eighty-six percent had the same health fears about their students who are in an age group that generally is less impacted by COVID-19.

Only 26 percent of educators felt school could return by September to in-person learning “that is close to the same as prior to the closures in March.

Nearly a third, 30 percent, said learning won’t return to normal until a vaccine is developed.

“Our members anticipate dealing with a new normal for a long time going forward,” Pratt said.

Among the other survey findings: 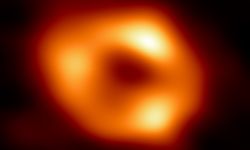