An Up North charter is 44 percent subs. You can’t tell difference, supt. says

ST. HELEN – Angela Cichowski is a former repossession officer for a Northern Michigan credit union. Cichowski earned a bachelor’s degree at 37 in hopes of getting a promotion at the credit union. When the promotion didn’t come through, she started looking for jobs.

She applied at a county road commission, and to Charlton Heston Academy charter school in rural Roscommon County, where she thought she’d be qualified to work in payroll or as an office manager.

Instead, they asked if she’d like to become a teacher.

Today, Cichowski is a certified teacher, earning her certification through an alternative, one-year program she attended while teaching full time at the school. “I taught seventh- and eighth-grade math,” she said, smiling broadly. “I fell in love.” 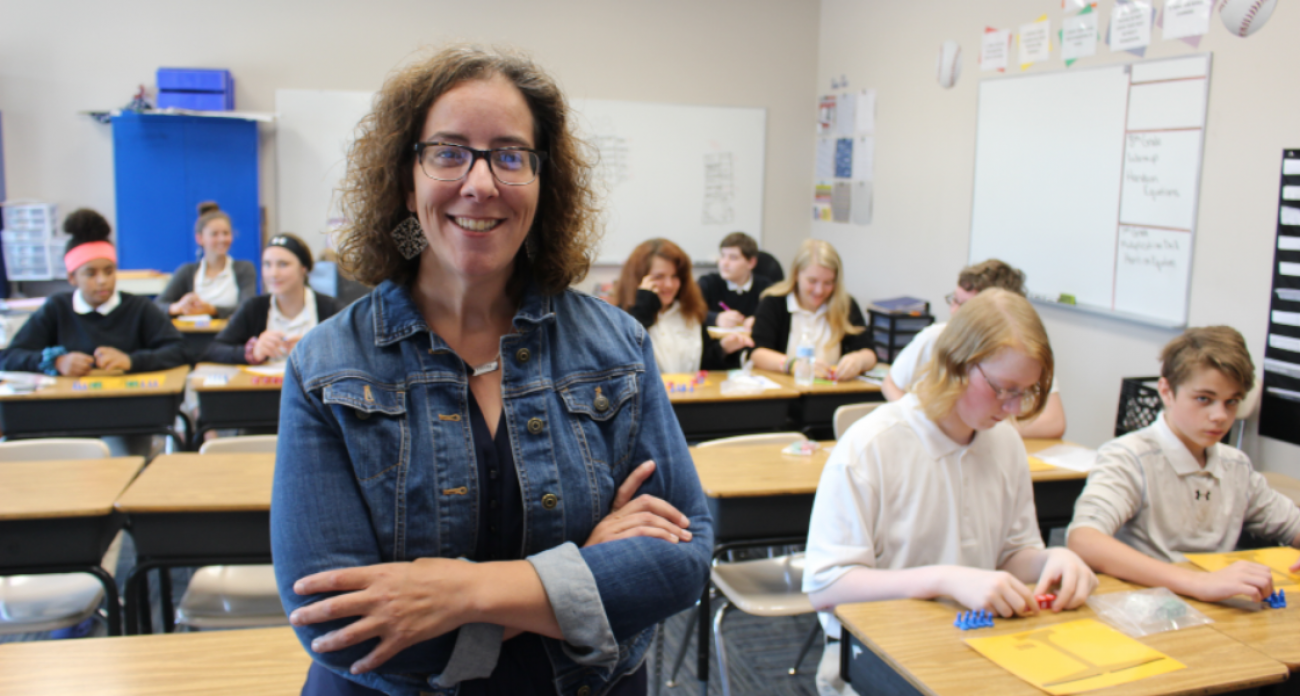 A rising number of Michigan public schools are staffing classrooms with long-term substitutes with as little as 60 college credits and no formal education training. Bridge examines the implications of this practice for the state’s already-struggling schools.

Charlton Heston Academy, named for the movie star and famous native son of tiny St. Helen, where more than two out of five teachers last year were long-term substitutes, is emblematic of the challenges faced by Michigan schools struggling to find certified teachers, and the open question as to whether putting untrained teachers into classrooms is the proper solution.

A Bridge analysis of state data obtained through the Freedom of Information Act found a stunning tenfold increase in the use of long-term substitutes in Michigan classrooms since 2014.

Long-term substitutes are not certified to teach in their assigned classrooms, and generally do not have traditional education training. They aren’t required to have a bachelor’s or even an associate’s degree ‒ just 60 total college credits. And the students who need the best teachers ‒ those who are struggling academically or have other academic-risk factors such as poverty ‒ are the most likely to have untrained teachers leading their classrooms.

By state M-STEP test scores, Charlton Heston has the lowest student achievement in the Crawford Oscoda Ogemaw Roscommon Intermediate School District (COOR), and has by far the highest share of long-term subs among teachers.

That doesn’t necessarily mean untrained classroom teachers lead to poor test results. The charter also has the highest proportion of low-income students in the ISD, and test scores are typically correlated with poverty.

Superintendent David Patterson said long-term subs are doing as good of a job as certified teachers at his school, though he’s quick to say he would prefer to hire teachers who are certified by the state. In a central office adorned with posters and movie stills of the school’s namesake, Patterson said people shouldn’t judge him and his school for the use of untrained teachers in classrooms until they’ve walked in his shoes.

In recent years, it’s been easier for Charlton Heston to find students than teachers.

This charter school has grown from 399 students in kindergarten through 12th grade in 2014-15, to 685 last school year. The school keeps building additions to accommodate more K-12 students (the school estimates an enrollment of 800 for September) as well as children in a nursery and preschool program that are as young as 6 weeks.

The school just purchased adjacent property to build athletic fields, a vocation-tech building and a dual-enrollment building. It sends buses across parts of four counties to pick up students each morning.

As the school has expanded, it has relied more and more heavily on uncertified teachers to fill those extra classrooms. In 2016-17, long-term substitutes made up 11 percent of the teaching staff, according to state data analyzed by Bridge Magazine. In 2017-18, it was 24 percent; in 2018-19, a whopping 44 percent.

The origins of that long-term sub growth date to the opening of the charter in 2012, Patterson said, when he went on a hiring frenzy, interviewing 53 certified teachers in two days.

“We went to hire very, you know, credentialed folks who had experience,” Patterson said. “But the one thing that we missed is we weren't truly looking for folks who wanted to teach here in rural Michigan, with rural poverty and understanding the dynamics of what goes on here.

With the school growing every year and fewer and fewer certified teachers interested in working there, Charlton Heston turned to long-term substitutes.

“We recruit all over the state,” Patterson said. “We’re looking for certified teachers, first and foremost. People tell me that the colleges of education are pushing out enough [education] graduates, but I don't see that.”

Enrollment in teacher prep programs at Michigan universities dropped 66 percent over seven years, between 2009 and 2016. While overall, there are enough teachers graduating from Michigan’s university-based teaching programs to replace teachers who retire and quit, they are not evenly distributed geographically or by teaching specialty, according to a report by the Citizens Research Council. 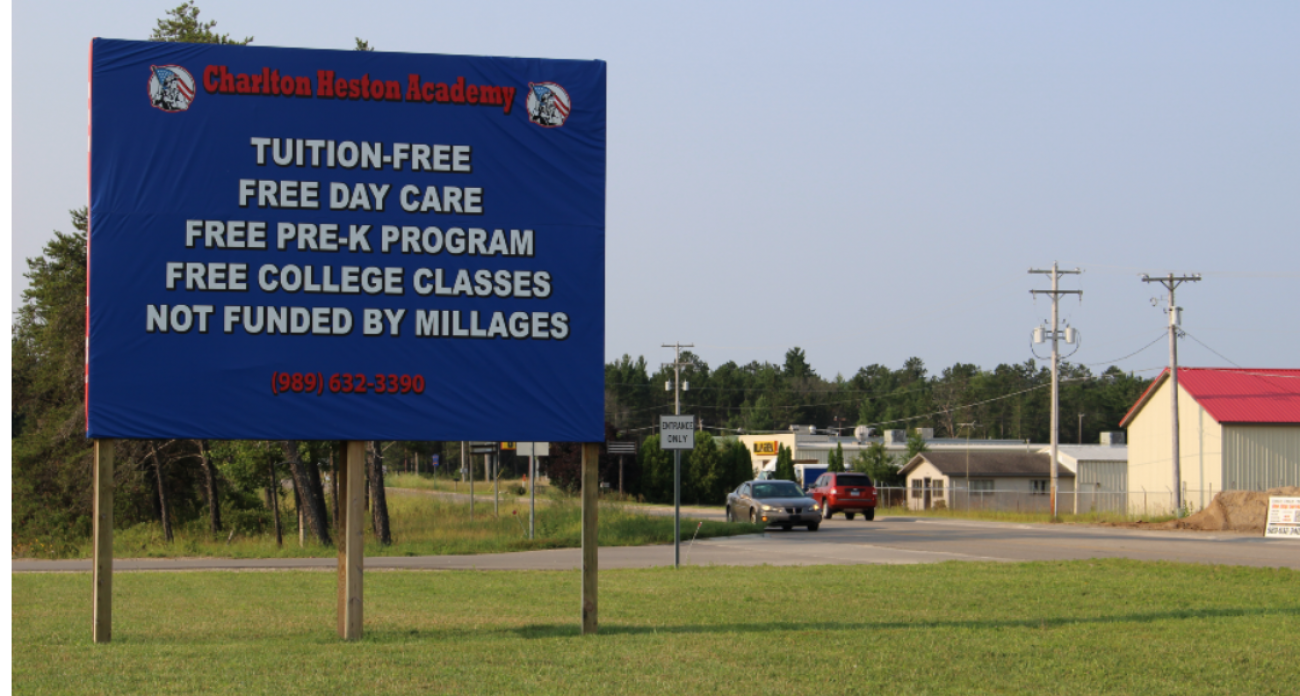 Other schools in this rural part of Michigan, though, don’t appear to have the same problem finding certified teachers. In 2018-19, the Charlton Heston charter employed more full-time substitute teachers than the COOR intermediate school district’s six traditional school districts combined, according to state data. The next highest proportion of long-term subs to certified teachers was less than one-seventh that of Charlton Heston (West Branch Rose City Schools, at 6 percent).

The school tries to only hire long-term subs who want to become certified teachers, Patterson said. In their first year at Charlton Heston, long-term subs work under the tutelage of a veteran teacher. In their second year, they take over a class of their own and enroll in an accelerated certification program at Saginaw Valley State University. The subs teach at the charter school during the week, and take classes on the weekend. By the end of the year, they can take tests to get a Michigan teaching certification.

The school pays for the program at SVSU, in exchange for a promise that the newly minted teachers stay at Charlton Heston for three years after gaining certification.

“You can’t tell the difference” between long-term substitutes and certified teachers at the school, Patterson said.

Kathleen Van Fossan, 30, will become a long-term substitute in September, teaching first grade at Charlton Heston. She has an associate’s degree in early childhood education from Oakland Community College and a bachelor’s degree in English from Alma College.

While that may sound like a good foundation to be a teacher, it doesn’t meet the requirements for certification. A traditional teacher certification in Michigan requires a bachelor’s degree in a teachable subject, completion of a teacher preparation program, student teaching experience and passing scores on teacher certification tests that measure general and subject knowledge. 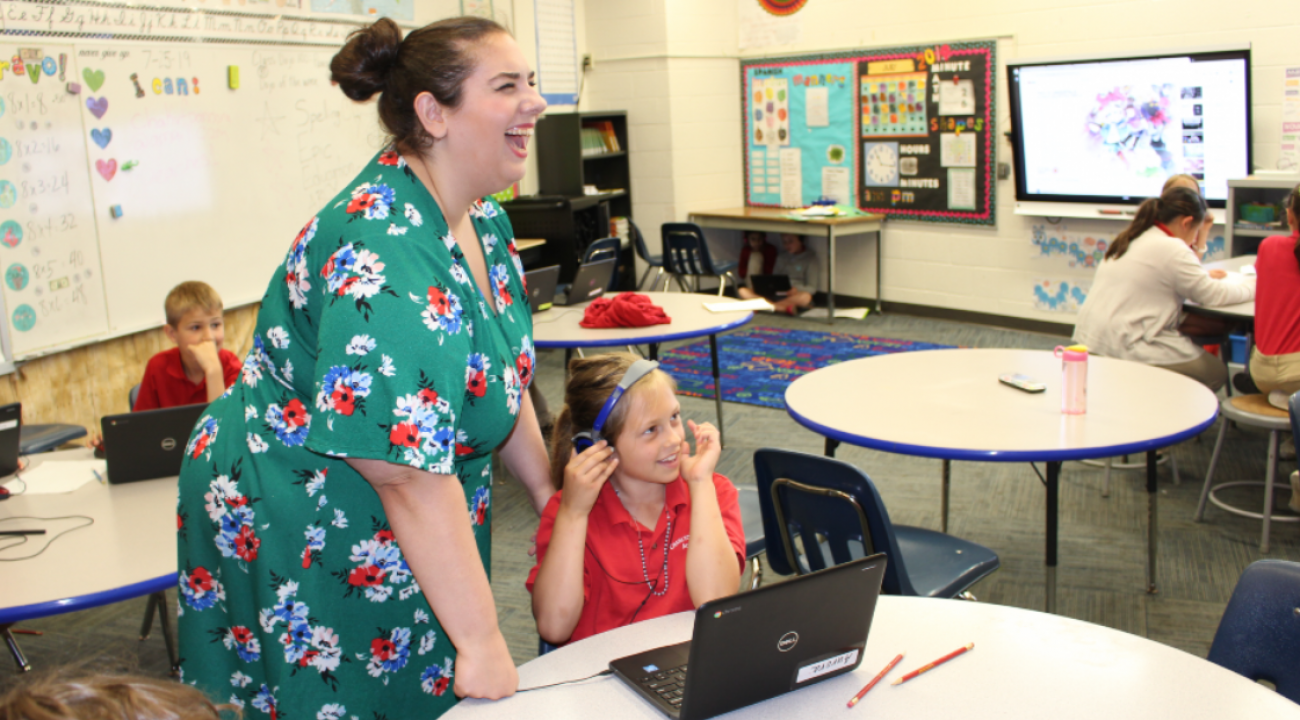 Working as a paraprofessional among preschoolers at the charter, “I just fell in love with working with students,” Van Fossan said. “I felt like I was really impacting lives.”

What makes her feel she can teach first-graders without a teaching degree?

“I’m passionate,” Van Fossan said. “I also have years of experience [working with preschoolers], so it’s not like I’m fresh blood.”

What long-term subs lack in academic education background, they make up for in life experience, argues long-term sub-turned-certified teacher Cichowski.

“If I would have went to school and came out at 24 to start teaching, I wouldn't have made it,” Cichowski said. “You have to have life experience, you have to have backbone.”

Cichowski is not a fan of a teacher certification test that, to her, has “absolutely nothing” to do with what life is like in a classroom. “It (the test to become a certified teacher) doesn't say that you're going to be dealing with emotions. It's just, ‘Do I know how to add or multiply or do algebra in order to teach it to the kids?’ That's the smallest part of my job. The absolute smallest.

“I would say that [long-term subs and certified teachers] are absolutely equivalent,” Cichowski said. “There’s a lot of misguided judgement from people because I didn’t go to school for teaching. I think they think we don’t deserve it. But I don’t think one’s better than the other.”

Elizabeth Birr Moje, dean of the University of Michigan School of Education, disagrees, as do studies that show students learn more in classes led by certified teachers.

“The increase in long-term substitutes should concern all of us,” Moje said, “because it means that our children and youth are not accessing full opportunity to learn.”

Back in the main office, superintendent Patterson said there likely will be fewer long-term substitutes at Charlton Heston in the 2019-20 school year. Many of the long-term subs from last year earned accelerated certifications so are no longer substitutes, and more than 90 percent of last year’s teachers signed up to return to the charter.

“I don’t think long-term sub usage is the issue,” Patterson said. “The issue is a teacher shortage. I’m not one to go in panic mode, but I think the panic button should have been hit a while ago on the shortage.”