Even before the coronavirus struck last year, Michigan faced headwinds in bringing better-paying jobs to the state.

The industry promising the most new jobs in the years ahead in Michigan will be fast food: about 24,000 of them are expected every year through 2028. And few fields pay less.

About 1-in-4 Michigan households fit loosely within one definition of what can be called the working poor; that is, those who make too much money to qualify for government assistance but not enough to pay the daily expenses of living in their region.

That’s one of the findings of the biennial ALICE report — an acronym for Asset Limited, Income Constrained, Employed — released Tuesday by the Michigan Association of United Ways.

The report uses available data to illustrate the gulf between an employee working a lower-wage job and someone who actually earns enough to support themselves or a household in their area.

“There’s a struggle of making really difficult decisions, every day, every week, every month on what they’ll be able to pay for,” said Michelle Van Dyke, president & CEO of the Heart of West Michigan United Way in Kent County, of people supporting themselves or families with low-wage work. 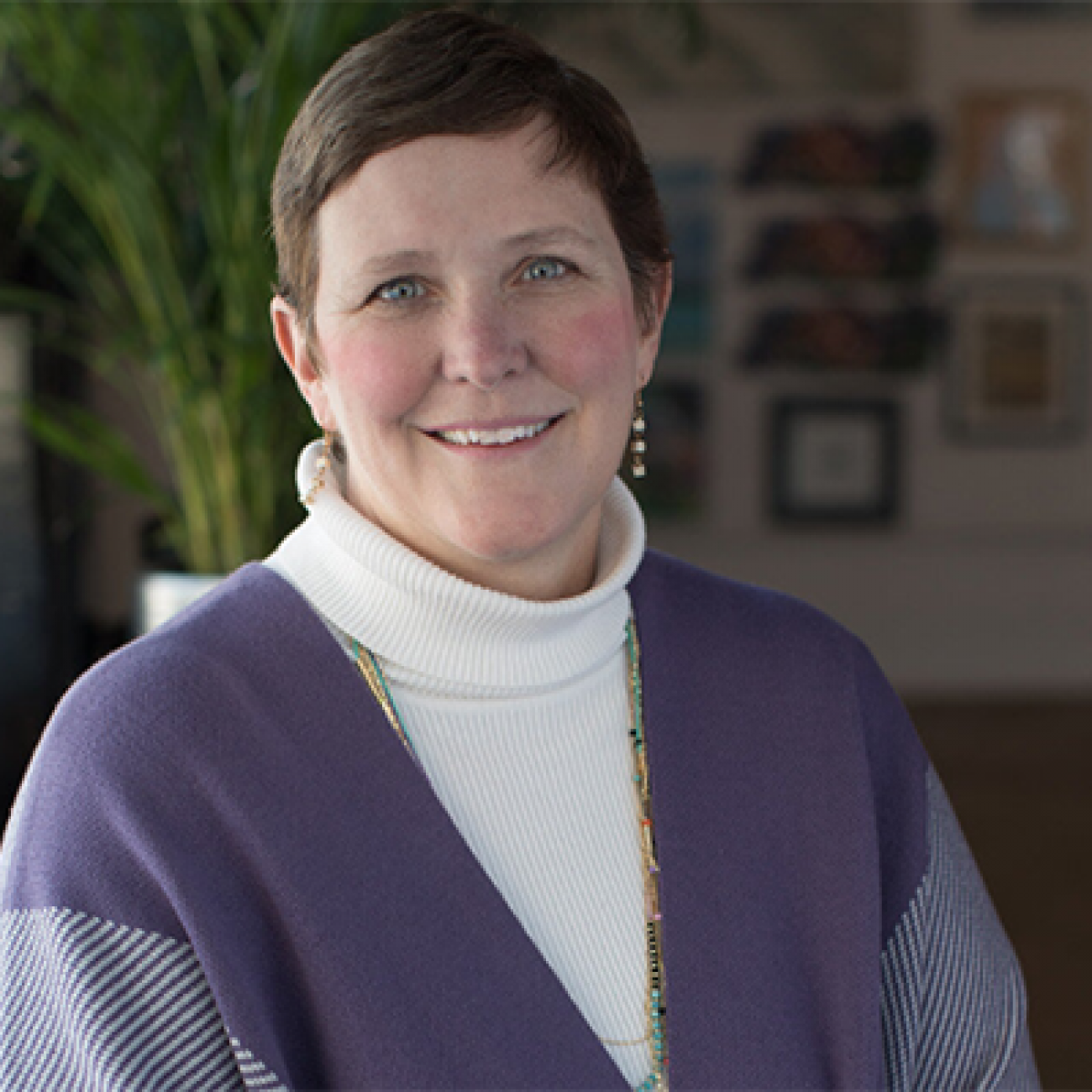 Many of those workers, Van Dyke said, are “making just a little too much money to qualify for (government) assistance and not enough for their basic needs.”

The report offers an economic snapshot of all of Michigan’s 83 counties, estimating the minimum amount needed for housing, food, utilities, transportation and other household expenses in each area for singles, seniors and families with children.

“They’re the households where hard-working Michiganders still have to make tough choices about basic necessities,” said Mike Larson, president and CEO of the Michigan Association of United Ways, as he introduced the report, which was based on 2019 data, before COVID-19 exacerbated economic strains in much of the state.

According to the report, ALICE comprises households that earn more than the Federal Poverty Level but less than the basic cost of living for the state.

The report found that of Michigan’s nearly 4 million households, about 1 million  — or 25 percent — fit the ALICE label. They joined another 500,000 households that earned below the federal poverty line.

Combined, that would leave 38 percent of all of the state’s households under the ALICE level, with some groups suffering even more heavily:

Some worry that the number of workers falling below the ALICE threshold has increased since the pandemic struck Michigan in March of last year. State unemployment has since climbed and many hourly workers lost jobs or the number of hours they could work. Many others have had to deal with childcare issues or health pressures. Data from the University of Michigan shows that low-wage workers may not regain economic ground lost in 2020 until the end of 2022 or longer.

The pandemic has “exacerbated the needs,” Van Dyke said. “I think the story is much bleaker than even these reports will show.”

By comparison, the federal government sets the poverty level far lower: at a single adult earning up to $12,490, or a family of four living on up to $25,750.

A look at Michigan’s career outlook for the next seven years shows that job openings for lower skilled workers should reach at least 73,000 per year. That number is nearly double the 38,000 new jobs per year the state expects to be created for people with a bachelor’s degree or higher, according to estimates published by the state’s Department of Technology, Management and Budget.

Home health aide positions are estimated to grow by about 4,000 jobs per year, according to the state. Manufacturers will need an additional 2,550 production workers each year. Stockers and freight workers, like those in online delivery warehouses, will see 10,000 new positions a year.

None of those jobs are expected to pay more than ALICE levels.

“This is the economic challenge of our times,”  economist Lou Glazer, president and co-founder of prosperity think tank Michigan Future Inc., told Bridge Michigan. “How you have an economy that when it grows it benefits all.

“What we have been doing for decades has not worked.”

The most recent ALICE report notes that in 2019, Michigan’s 4 percent unemployment rate was a near-record-low. However, that number obscured troubling employment trends for lower-wage workers.

They included “growth in the number of low-wage jobs, minimal increases in wages, and more fluctuations in job hours, schedules, and benefits that make it harder to budget and plan,” it said.

While many economists and policymakers focus on overall employment, it’s important to consider other factors, Glazer said. The ALICE report attempts to illuminate experiences for Michigan workers and how the types of available jobs have implications for its residents.

“We need to create a household income base measure that’s at least as important as an employment measure,” Glazer said.

The goal for economic developers as they seek to produce new jobs should be income-based, at wage levels above the ALICE threshold.

Larson, the United Ways CEO, agreed, with the pandemic underscoring its importance. Over the past year, jobs like home health care aides and grocery workers were clearly essential, he said, yet few Michigan residents recognized until the crisis how little those important jobs paid.

“Many of the same helpers are in desperate need of our help,” he said.

The report found that the ALICE-calculated cost of living in Michigan is highest in Leelanau, Oakland, and Washtenaw counties at more than $80,000 a year for a family of four, while that level was far lower in Hillsdale, Mackinac and Ogemaw counties, or about $55,000 a year for the same size household.

It also noted variation within counties. In Wayne County, for instance, the percentage of households with income below the ALICE threshold in Detroit was 69 percent, 76 percent in River Rouge and 80 percent in Highland Park. In contrast, it was far lower at 46 percent in Dearborn and 32 percent in Allen Park.

In 2019, Gov. Gretchen Whitmer created a Poverty Task Force to address many of these issues, and the group came back in February with 35 recommendations to help low-income residents. She has proposed $1 million for next year’s budget to fund research into the next steps for the state as it seeks to improve policies.

The timing is important, she said, given the impact the pandemic has had on low-wage workers.

“While we haven’t seen the numbers for 2020 yet, we know they’re not going to be good,” Whitmer said during an online roll-out of the ALICE report on Tuesday.

Other policies he favors include raising the subsidy cap for tax credits for child care, the cost of which, he said, “is typically higher than rent … giving  families a disincentive to work.”

Job training and education efforts need to continue, too, Larson said, to expand opportunities for people to earn higher-wage jobs that require training and college.

What policymakers often don’t understand about earnings is that most jobs in Michigan — and across the country — pay below the ALICE threshold for families of three or more people, said Don Grimes, a University of Michigan economist, in an email to Bridge.

“Almost all people who have not completed high school or who have a high school degree but no additional formal education are going to earn less than $40,000 a year,” Grimes said. “The only people who tend to earn $60,000 or more a year tend to be people with at least a bachelor's degree or who have less education, but have been promoted.”

A list of Michigan’s Hot 50 jobs,  the state’s look at high-wage and in-demand work, includes just 12 that don’t require a bachelor’s degree or higher. Of those, two require an associate’s degree while three require apprenticeships and two more require post-secondary certification. The remaining jobs are computer use support specialist, industrial machinery mechanic, insurance sales, management analyst and construction equipment operators. None are estimated to offer starting wages over $22 per hour.

“Anything we can do to get open access to training … would have an impact, not only on ALICE, but also for businesses who are looking for employees,” Larson said.

Businesses also can play a role by considering their employees' needs, Larson said. Some are addressing childcare and transportation issues, which also helps them maintain trained staff.

There is a conundrum, Van Dyke said, as employers look at concerns arising from low wages, since raising them means “the money has to come from somewhere.”

She urges workers around the state who are grappling with ALICE issues to consider calling 211 to reach a local United Way. Immediate assistance is available, but so is longer-term help to discover what jobs require training or education.

“There are many employers who pay more than $20 per hour,” Van Dyke said, “it’s just helping people find them and making sure they have the right training.”