This story was originally published by Chalkbeat. Sign up for their newsletters at ckbe.at/newsletters,

Communities across the nation are grappling with the fallout from the school shooting at Oxford High School that left four students dead and injured more.

“There are no unwounded students and staff today,” Oakland County Executive Dave Coulter said earlier this week. “Everyone … has been impacted by this tragedy.”

The ripple effects are already apparent. School leaders rushed this week to urge parents to be vigilant about reporting threats. Mental health experts warned that students far beyond Oxford may be traumatized by the shooting. And some school districts across Michigan shut down Thursday because of copycat threats.

Chalkbeat put together the list of resources below for parents and students to help them understand where to go for help dealing with trauma, what to do if they hear about a threat, and what warning signs to look for in troubled youth.

Children and teenagers often turn to parents, relatives and teachers for comfort and guidance after a school shooting or mass violence. Survivors, friends and loved ones, as well as surrounding community members can be at risk of emotional distress following a tragedy, displaying a variety of reactions.

Organizations such as the National Child Traumatic Stress Network and the Substance Abuse and Mental Health Services Administration provides guidelines and tips for caregivers looking to help their child or student in the aftermath of a school shooting.

Some common reactions and warning signs to look for include:

The Michigan Department of Health and Human Services is providing a list of resources and actionable steps for those affected by the Oxford school shooting.

What can parents do to learn more about their schools’ safety plans?

Michigan law requires school districts to develop an emergency plan for school attacks and threats of school violence, among other risks. The plans must be reviewed by a local law enforcement agency. While the plans aren’t posted online or submitted to the state, parents can ask district leaders for details of the plan, or even for a copy to review.

And parents can always contact leaders of their students’ school for information about safety drills and procedures.

Warning signs exhibited by troubled students to watch for

As research surrounding U.S. school shootings continues to emerge, some preliminary analysis has begun to identify common signs exhibited by troubled students who carry out acts of violence. School shooters usually show signs of distress prior to the incident, and were often suicidal, according to two criminologists who built a database of mass shootings in the U.S.

Notable patterns can include:

Additional signs can involve “unusual or violent communications, expressed anger or intent to cause harm, and substance abuse,” according to Ready.gov.

A recent report from the U.S. Department of Homeland Security, outlines how school districts can avert targeted school violence and identify students in distress or exhibiting concerning behavior. A majority of plotters of school based attacks, the report states, experienced compounding family, social and academic stressors that can result in a range of responses from depression to hyperactivity.

What can parents do if their children show warning signs of violent behavior?

Parents may feel isolated or embarrassed at the prospect of sharing concerns about their children’s possible violent behavior. But there are many steps they can take to find help and support.

First, parents can lock up guns or other weapons.

Many specialists can help parents address warning signs of violence, which include intense anger, frequent loss of temper, and a history of being bullied. Guidance counselors, teachers, school psychologists, or school resource officers are trained to support families. Family members, friends, coaches, or clergy may also be able to help.

Mental health support groups available through the National Alliance on Mental Illness can help parents and children find resources and work through challenges.

If you suspect imminent danger, call 911.

Hear about a threat? Here’s what to do

What do you do if you’re a student, parent, or staff member and you hear about a threat? Law enforcement experts say it’s simple: Say something.

Michigan law makes it easy to report threats of school violence and other suspect behavior. The state has a program, called OK2SAY, that allows anyone to report a threat anonymously. Since 2014, nearly 2,900 tips have been received, 1,133 of them tips about threats.

It’s possible that the threat isn’t credible, but Oakland County Sheriff Michael Bouchard said he’d rather his deputies check them out rather than have to deal with one that ends up being credible but wasn’t reported.

Bouchard said tips can also be relayed to your local police department.

In the case of the Oxford shooting, there are rumors that students saw threats from the suspect. One parent said her son refused to attend school the day of the shooting. 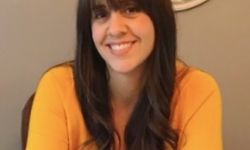 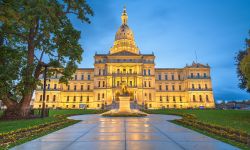 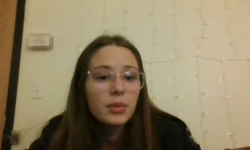