Talent & Education
U-M asks, ‘Where are the poor kids?’

The public universities with the most low-income students aren’t the schools that are the cheapest for poor students to attend.

ANN ARBOR - There are a lot of numbers University of Michigan President Mark Schlissel can be proud of. The school consistently ranks in the top 25 in the world. It sweeps up the second-most research dollars in the nation ‒ about $1.4 billion a year. The school runs the sixth-ranked health system in the nation, is the third-largest employer in the state, and has 100 graduate programs ranked in the top 10 nationally.

But there’s one number the 59-year-old says keeps him up at night:

The percentage of low-income students enrolled at the Ann Arbor campus.

MORE COVERAGE: Text messages and rap videos. How the state is telling poor students they too can afford college. 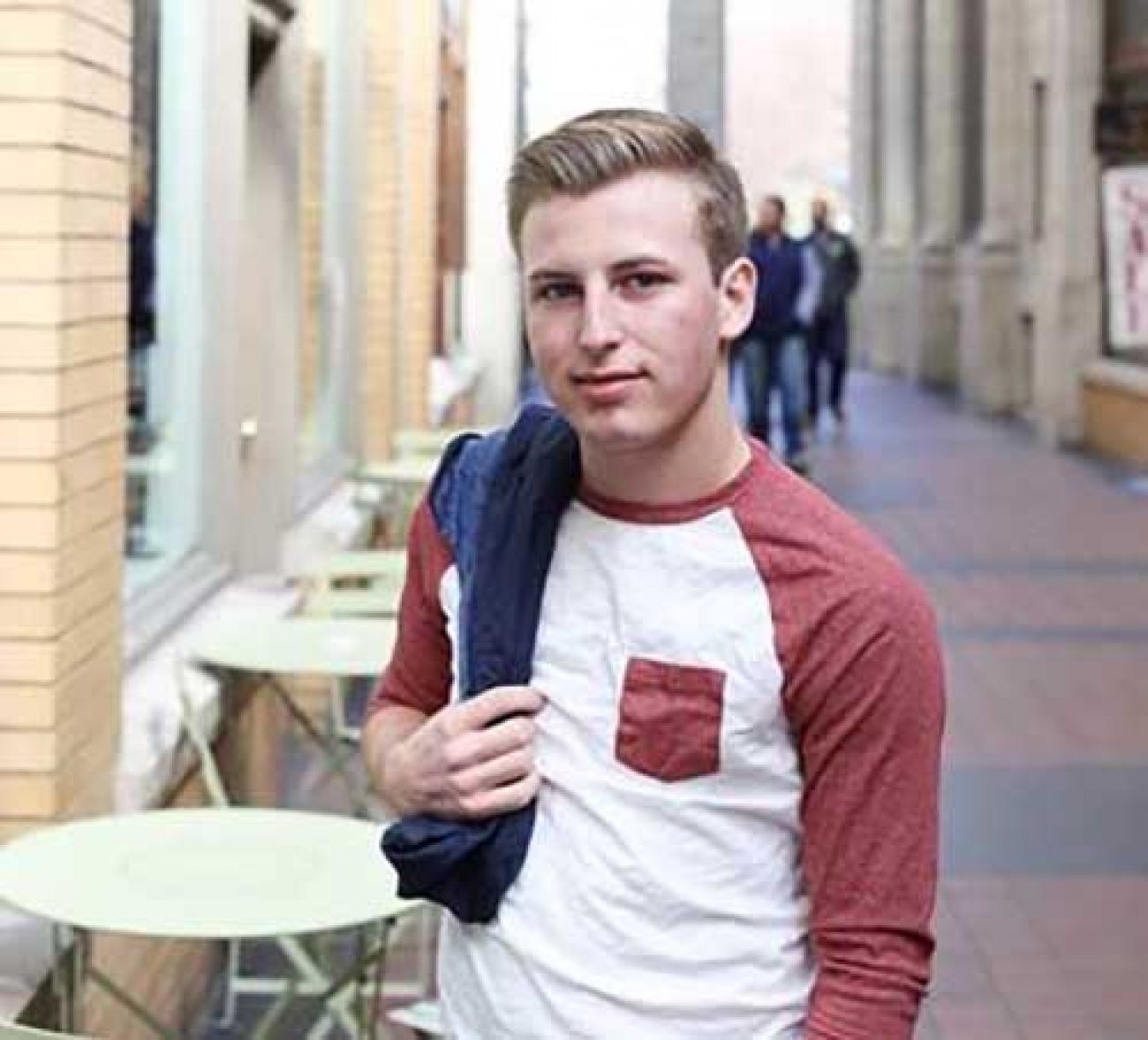 Those figures have remained stubbornly steady over years, despite U-M aggressively increasing aid for low-income students.

On the one hand, U-M is different from other state schools. It’s admissions are among the most selective in the nation. Since low-income students, for a variety of reasons, tend to have lower test scores than their more affluent peers, they are less likely to meet U-M’s entrance standards. Still, other highly selective public universities around the nation have found ways to enroll a higher percentage of low-income students (At the University of California-Berkeley, 31 percent of students are low-income, roughly twice U-M’s rate).

U-M’s unsuccessful efforts to enroll more poor students does illustrate a larger issue faced by the state: the struggle to get more low-income students from high school graduation ceremonies to college campuses.

Despite statewide efforts both inside and outside state government, the college enrollment gap between poor and non-poor students hasn’t budged – a fact that has economic implications for Michigan.

Michigan has a lower percentage of adults with a bachelor’s degree or higher (27 percent) than the national average (30 percent). That’s critical because the average adult with a bachelor’s degree earns more than $800,000 more in their lifetimes than the average high school graduate. Increasing the percentage of Michigan adults with degrees increases money spent in the state economy and taxes collected for roads and schools.

Roughly 70 percent of children from middle- and upper-income Michigan families attend college. For the state to catch up with other states, it needs to get more low-income students onto college campuses. Currently, only half of low-income students enroll in college within six months of graduating high school.

Despite efforts to ease college access to low-income Michigan students, the rate of college enrollment for poor residents hasn’t budged in recent years, and the enrollment gap between poor and non-poor students hasn’t narrowed either.

U-M’s latest effort to get more poor students onto a campus, where the median student family income is north of $150,000, is a step forward in marketing, if not money.

The “Go Blue Guarantee,” announced this summer to great fanfare, offers free tuition for four years for Michigan students from families with household incomes under $65,000. That’s slightly above the median household income in the state, so half of Michigan families can send their kids to U-M tuition-free, if they gain admission.

“The part I like the best is being able to tell a junior high school student and their parents, ‘Work hard, take your studies seriously, and if you get into Michigan, Mom and Dad can afford it, because they’re not going to have to pay,” Schlissel said. “(We can) say that to half the students in the state, and to say to everybody else that we have very generous formulas that match the capacity of your family with the cost of education.”

The power of ‘free’

High-achieving low-income students don’t apply to highly selective colleges at the same rate as their equally accomplished, wealthier classmates, according to the National Bureau of Economic Research. They are often unaware how affordable many “expensive” colleges can be to poor students; selective institutions often have larger endowments that can provide more financial aid.

The Go Blue policy, which begins in January 2018, is meant to increase that awareness.

The net cost of attending U-M, which includes tuition, room and board and books, already was under $4,000 a year for students from families earning $30,000 a year or less. That will remain virtually the same under the new policy.

Instead of more money, Go Blue banks on a different description of the school’s already generous financial aid, emphasizing the word “free.”

“It puzzled me. We were quite confident that we weren’t getting applications from as many talented lower income students as we know exist in Michigan. Why is that? Why wouldn’t someone apply? We have this nice website and a financial aid calculator, and the messaging that says we give generous need-based aid.

“So we did an experiment. And the experiment we did is called the HAIL scholarship program and it’s still underway. The basic idea is to take the lower-income graduating high school students and divide them up into two groups. One group gets a letter saying ‘You’re a great student, please apply to the University of Michigan and we offer generous financial aid.’ The other group gets a letter saying ‘Your school and principal have identified you as an outstanding scholar. If you apply and get accepted to Michigan we’ll guarantee you a free four year tuition scholarship plus whatever other aid you qualify for.’

“That latter group, the application rate is 2 ½ times the former group. Two and a half times! These are changes you don’t see in the real world, right? So we went from 20-something percent of students applying with just a letter saying ‘You’re a great student, we give generous financial aid,’ to 68 or 70 percent of students applying when we say ‘If you get in, free tuition.’”

Devin Raymond was one of the lucky high school seniors to get the version of the letter that emphasized the word “free.”

“My mom texted me when I was at cross-country practice. I told her she had to be wrong,” Raymond recalls. “I went home and Googled it. It was surreal.”

Raymond was a great student, with a 3.9 GPA and leadership positions at tiny Mason High School in Monroe County near Toledo. But over five years, no one had gone to U-M from his school district, where 47 percent of students are economically disadvantaged. And coming from a family of modest means, he didn’t think he could afford tuition there, so he wasn’t planning on applying.

The letter made him decide to take a shot, and he was admitted. He’s now a sophomore in communications. “I didn’t have to take out any loans last year and only a small loan this year,” Raymond said.

Raymond received the same amount of aid he would have received with or without the “free” letter, but he said he wouldn’t have applied without seeing that word.

“Despite how expensive they (U-M) are on paper, they have so much money, they can make it less expensive for those who need it,” Raymond said.

Among Michigan’s graduating high school seniors, there was a 21-point college enrollment gap between poor and non-poor families in 2011; five years later, the gap was 22 points.

Sarah Anthony, deputy director of the Michigan College Access Network, an organization that works to improve college access in the state, said she’s convinced financial aid is only part of the problem.

“One of the issues we’ve noticed with both Promise zones (such as the Kalamazoo Promise, guaranteeing college tuition to most graduating seniors) and free tuition programs is that we get so focused on the cost of a college education, we miss the other challenges,” Anthony said.

“There are a lot of rural and urban students who don’t know the first thing about how to succeed in college. They’ll go on a field trip to the University of Michigan, and it’s like visiting a museum. They don’t picture themselves being part of it. There are too many communities where the assumption is that ‘I’m not college material.’”

Without trying to build a college-going culture in the state, all the financial aid in the world won’t make a difference, Anthony said. “We need to de-mystify college … for families who think sending their children away to college might as well be sending them to Mars.”

U-M’s Schlissel disagrees. He’is convinced that if he can get low-income students onto his campus, he can keep them there. The school has a 97 percent retention rate between freshmen and sophomore years and, within two years, students from low-income backgrounds and higher-income backgrounds are “indistinguishable” in classroom success.

In recent years, U-M has actively sought academically high-achieving students in poor and rural parts of the state rather than sitting back and hoping they apply. U-M reps travel across Michigan hosting college information sessions.

“We know there are talented students in all parts of our society,” Schlissel said. “The extent to which we can tap into the breadth of experiences and diversity of our state, we make our education better. Students learn from each other. And we want students of all different types of backgrounds to be sitting around a table like this, with a great professor, exploring hard questions and disagreeing with each other.

“We know the talent’s out there,” Schlissel said. “We just have to find them.”