MACKINAC ISLAND – Detroit is raising $3 million and plans to hire hundreds of workers to encourage city residents to fill out the 2020 census and boost the city’s participation following a paltry turnout in 2010.

Mayor Mike Duggan and other officials on Thursday briefed attendees of the Detroit Regional Chamber’s Mackinac Policy Conference on efforts to ensure the city is accurately counted, as well as hurdles such as the possibility of a question on citizenship on the census and fears the U.S. Census Bureau may not be fully prepared for the decennial count.

“We are going to put people on the ground to make sure all our people get counted,” Duggan said. “We are getting organized early to give it a shot…. This is going to be one of our great mobilization efforts.”

In 2010, as the city slid toward bankruptcy, Detroit’s census participation rate was 64 percent, the lowest among major cities nationally.

Duggan called the turnout a “disaster” that continues to hurt the city, since each person counted in the census represents $1,800 per year in federal funding for 16 federal programs from Medicare and Medicaid to Head Start and SNAP: housing assistance.

Partnering with 100 community groups, Detroit plans to hire workers to canvass neighborhoods and encourage residents to fill out the census, which in 2020 will be the first to rely heavily on online responses.

The city hopes to raise money for the effort from philanthropies and corporations. Workers with laptops will staff some 150 recreation centers, library branches and other agencies to encourage residents to participate, Duggan said.

The first in a series of four reminders will be mailed from the U.S. Census Bureau on March 12. Census workers will begin door knocking May 1 if residents don’t respond. The deadline is mid-July 2020.

City workers can’t legally accompany counterparts with the census as they knock on doors. Instead, city workers will canvass neighborhoods and ask residents separately if they’ve filled out the census and encourage them to do so.

Detroit is a predominantly black city, and Duggan said “the racial undercount is real.”

“People of color when the government comes to ask questions about your life are less likely to answer than Caucasians,” Duggan said.

“We need people they trust, who come from the neighborhoods and you need to go back and again … This is not going to be an easy thing.”

Adding to distrust among some critics are plans by U.S. Commerce Secretary Wilbur Ross to add a question about citizenship to the census questionnaire. The U.S. Supreme Court is expected by the end of June to rule on the legality of the question.

President Donald Trump repeatedly has voiced enthusiasm about the plan, but critics fear it will result in less participation from immigrants.

“People ask, ‘What is wrong with the United States knowing how many citizens there are?’” Arturo Vargas, CEO of the National Association of Latino Democratic Officials Educational Fund.

“There is nothing wrong with that. But the census already asks that question in the American Community Survey [an ongoing survey by the U.S. Census Bureau that relies on samples to gather detailed demographic information.] And samples lead to more accurate citizenship data than the long form.”

He said “every question has a consequence” and alleged that the question is part of a “political agenda to interfere with the Census Bureau’s operations … to lead to an undercount.”

Michigan, which now has 14 House seats, is expected to lose one after the next census.

The New York Times reported on Thursday that files on a hard drive of a deceased GOP strategist, Thomas B. Hofeller, show he wrote a study in 2015 “concluding that adding a citizenship question to the census would allow Republicans to draft even more extreme gerrymandered maps to stymie Democrats.”

Vargas also expressed fears about the “completeness and accuracy” of the census because “Congress did not appropriate resources for adequately plan, prepare and test” for the Census.

The Brennan Center for Justice reported that Congress has ordered the Bureau not to spend more than the $12.3 billion spent on the 2010 census, even though costs continue to rise.

As a result, the Census Bureau didn’t have enough money for a final field test last year of the upcoming count, Vargas said.

“The bureau doesn’t really know what will happen in 2020. Is [the system] going to work in rural Michigan?” he asked.

More information about community and statewide efforts to increase participation is available to becountedmi2020.com. 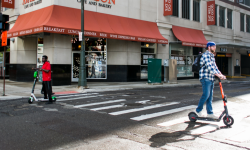 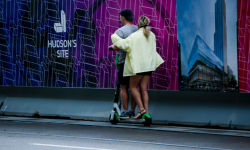 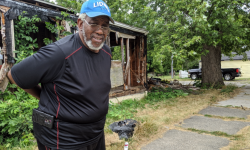