Detroit’s unemployment rate in May is the latest sign the city is on a different path of recovery amid the coronavirus pandemic compared to many other parts of Michigan.

Four in 10 working Detroiters remained laid-off from their jobs, according to monthly employment data by the U.S Bureau of Labor Statistics and an ongoing economic survey by the University of Michigan.

“The unemployment rate in the city of Detroit remains alarmingly high and has not changed very much in the past month,” said Jeffrey Morenoff, professor of public policy and sociology and director of the Population Studies Center at U-M’s Institute for Social Research. “Also, 56 percent of those not currently working believe it is very unlikely they will return to work,” in July, Morenoff said.

The city’s jobless rate rose to 39.2 percent in May, an increase from April’s 38.5 percent, according to the latest monthly data from the U.S. Bureau of Labor Statistics. Before the pandemic, the city’s unemployment rate was 9.8 percent.

Three U-M surveys attempting to track the financial impact on Detroiters during COVID-19 contend the city’s jobless rate is higher.

Detroit’s unemployment rate has been about 45 percent since April until at least early June, according to U-M’s Detroit Metro Area Communities Survey.  April was the first full month of the state’s stay-at-home orders. U-M has performed three Detroit surveys since late March, when the pandemic began.

The U-M surveys use a much larger sample of residents, about 1,100, than the monthly federal labor data, which relies on a sample of fewer than 100 Detroiters. The U-M surveys also attempt to track “gig workers,” meaning people such as ride-share drivers and various freelance employees who often have several jobs, more closely than federal monthly data.

Both federal data and the U-M surveys point to a city rebounding slower than most of the state and nation.

The U.S. employment rate in June was 11.1 percent, the Bureau of Labor Statistics said, and 13.3 percent in May.

The state of Michigan’s unemployment rate dropped  2.8 percentage points in May to 21.8 percent compared to April’s 23.6 percent, as some workers returned in the construction, transportation and utilities sectors, according to state and federal employment data.

Detroiters are more likely to work in industries such as schools and health services, manufacturing, dining and leisure like casinos; those sectors were severely curtailed by the virus, according to federal, state and city employment data.  And those who have kept their jobs are more likely to work in hands-on, front-line work that puts them at continual risk of exposure in grocery stores, public transportation, warehousing and health care.

So far, the number of Detroiters who say they have permanently lost their jobs is low, the U-M surveys have found.

Detroit may be also lagging in job recovery because of the impact COVID-19 has had on city residents, Wileden said.

The latest U-M survey gathered responses between May 28 and June 11.

Among the key findings of the latest U-M survey: 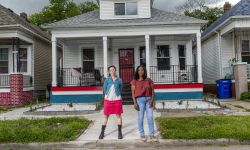 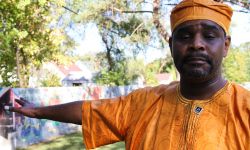