Wednesday morning, the second day of a conference that gathered hundreds of Michigan education officials in Detroit, began with a 6:30 a.m. workshop that taught women who manage school budgets how to dish out an open-handed slap.

And an effective kick.

Yes, school finance officials are learning self-defense. Call it a sign of the times.

The workshop was one of 200 sessions in the Michigan School Business Officials’ annual conference this week that brought 1,400 members to Cobo Center on Detroit’s downtown riverfront.

The conference, which concludes Thursday, was heavy on finance but also timely issues such as school shootings, the statewide teacher shortage and the rising costs of pensions.

Bridge Magazine’s parent organization, The Center for Michigan, also presented “Politics and Education in Michigan: 2018 Election Edition,” an interactive discussion sharing data on the state’s most pressing education issues, along with tools for engaging communities throughout the state on the major issues of the 2018 election cycle.

The conference was the latest stop in the Center For Michigan’s Truth Tour, a traveling newsroom that will engage residents statewide on critical issues during the 2018 election cycle. More than 100 stops are planned throughout the state in an effort to increase citizen engagement in the political process.

At each stop, the Center for Michigan and Bridge are asking residents about their deepest political and public policy concerns.

Here are a few takeaways from a day spent learning and talking with the state’s school bean counters:

Lesson #1:  Everybody can fight off an attack

Henry Reyna, a former police officer in Saginaw Township, showed the school officials parts of a video in which a man shot up a school board meeting in Panama City, Florida in 2010. In the video, a woman pops out of a door and tries to attack the gunman. He batted her away while board members sat in their seats, frozen in fear.

The gunman didn’t injure anyone with the bullets before he took his own life. But the video showed that it’s important for staff and students to be trained in self-defense and threat response, said Reyna, a security consultant who has trained people in groups from Girl Scout troops to private schools and businesses.

In school attacks, “those first few minutes belong to you,” Reyna said at a packed workshop called,  “Responding to Acts of Violence: How to Survive.”

Related: The status of 39 gun bills in the Michigan Legislature, including guns in schools 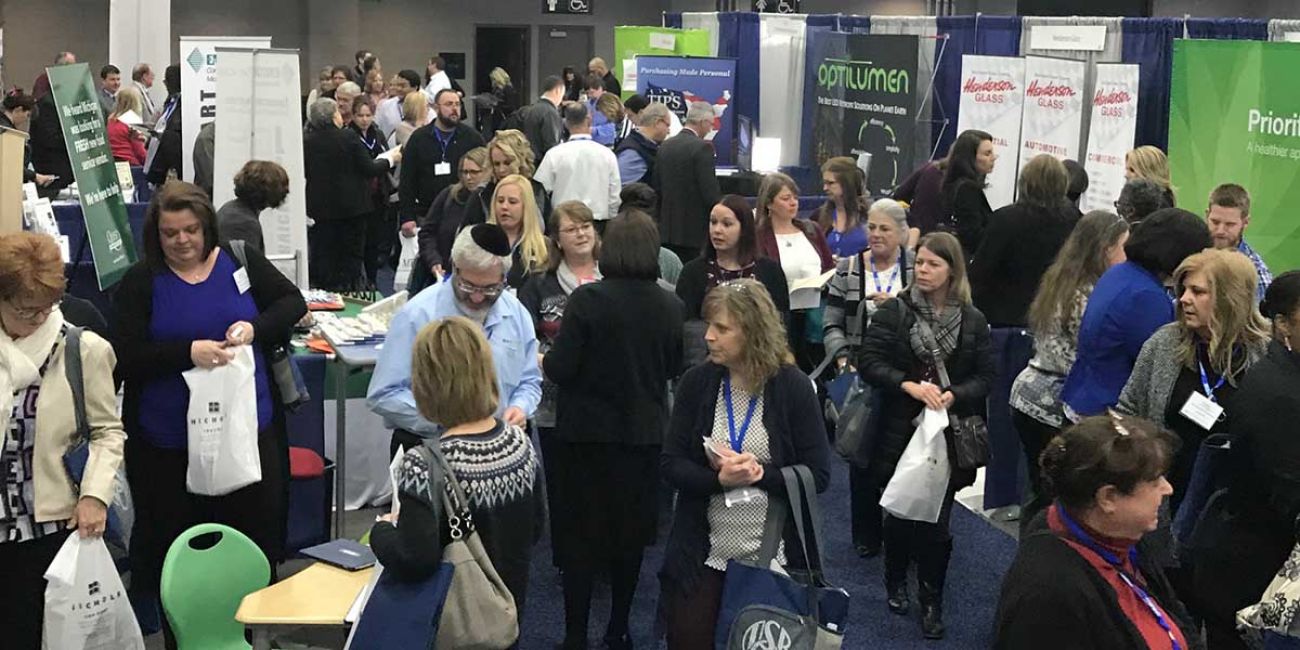 “No one else is going to be there to help. … The answer is we have to train the community.”

Reyna said that in the event of a school shooter or violent threat, make one or more moves:

Staff and students should also be trained how to barricade doors, Reyna said.

“I know this is scary,” he said. “This is what you need to know to survive.”

The ongoing negotiation in Lansing over next year’s budget is probably the most important legislative issue related to schools now as everyone waits to see if schools will get more funding.

But another crucial financial topic that went to the Senate Education Committee this week deals with the teacher shortage, said Christopher Glass, director of legislative affairs for West Michigan Talent Triangle, a collaboration of education and business officials in Kent, Muskegon and Ottawa counties that advocates for education policy.

Senate Bill 947, would allow retired teachers to come back - without losing their pensions - and teach subjects or take on positions where schools have a “critical shortage.” The current law expires July 1, but the bill would extend the law until 2021.

Lesson #3: Michigan school costs are going up, funding is flat

The number of school districts that have a deficit is going down. That’s good.

But the concern among every school district is that school costs such as utilities and healthcare are going up but current Michigan school funding remains below 2009 levels when adjusted for inflation, said Donald Sovey, President and CEO of School and Municipal Advisory Services, a Charlotte-based consultant who works with districts in or near deficit.

At the end of the 2017 school year, only 19 school districts were in a deficit, down from more more than twice that number five years prior. But too many of the state’s 550 school districts have less than 10 percent of their budget amount in reserves, or savings.

On average, school districts in Michigan have an 11.8 percent fund balance - or savings - in their general funds, state data show. The MSBO suggests 15 to 20 percent as a healthy fund balance.

Avoiding deficit, building a cash reserve and funding needed curriculum improvements all at the same time is every district’s battle, Sovey said.

“This is hard work and it’s important work,”  he said.

Truth Dog is in the house at the Michigan School Business Officials conference in Detroit! We held an education town hall this morning and will be in the vendor area today and tomorrow. If you're here, come say hello at booth 815! #mitruthtour #mitruthdog #edchat #miched