LANSING — Michiganders likely won’t see changes in their minimum wage or paid sick leave until at least February, according to a Friday court ruling over the state Legislature’s handling of citizen-backed initiatives in 2018.

More than a week after Court of Claims Judge Douglas Shapiro ordered Michigan businesses to increase minimum wage to $12 per hour and offer paid sick leave to workers, he delayed implementation of the changes on Friday while the case is under appeal.

In his initial July 19 opinion, Shapiro — appointed to by former Democratic Gov. Jennifer Granholm — found Michigan lawmakers violated the state Constitution in 2018 when they adopted citizen-driven initiatives on minimum wage and paid sick leave and weakened the language two months after.

The ballot measure would have raised the minimum wage from $10 in 2019 to $12 by 2022, but lawmakers changed the law so the minimum wouldn’t reach that rate until 2030. They also weakened a paid sick leave initiative that year, exempting small businesses with 50 or fewer workers from requiring paid sick leave.

His July 19 ruling is under appeal, and Shapiro wrote Friday that delaying the enforcement would cause “irreparable harm” to employees who would benefit from higher minimum wage and paid sick leave.

But considering “the ability of employers and the relevant state agencies to immediately accommodate the changes” to the state law, Shapiro halted enforcement for 205 days — the same length of time between the state’s adoption of the 2018 initiatives and the day they took effect in 2019.

However, the decision “leaves a teetering industry unsure of its future and incapable of making informed decisions to regain stability,” he said in a Friday statement.

Most of the state’s manufacturers already have raised wages to  $12 per hour and beyond over the past year as they — like employers in many industries — struggled to fill jobs, said John Walsh, president and CEO of the Michigan Manufacturers Association.

“That’s the job market and the sophistication of the work,” Walsh told Bridge Michigan.

Demand will continue to increase wages across the industry, he said.“We’re still looking for workers, and getting workers requires a good, quality wage,” said Walsh.

The looming court fight over the 2018 minimum wage proposal could also nullify Raise the Wage — a ballot initiative to establish a new state law and raise Michigan’s minimum wage to $15 an hour over five years, contended John Sellek, spokesperson for the business coalition Michigan Opportunity, which is working against the ballot measure.

The ballot drive turned in more than 610,000 signatures Tuesday, after missing the June 1 signature submission deadline to qualify for the November ballot. The group is now aiming for the 2024 ballot instead.

If Shapiro’s original ruling stands, it would invalidate the Raise the Wage proposal, which seeks to amend a law that would be repealed, Sellek argued.

“You can’t seek to alter laws that no longer exist, even in today’s insane political environment,” he said. 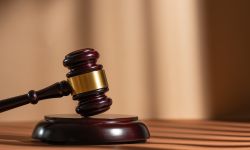 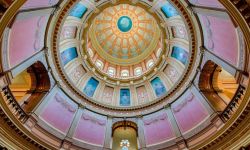 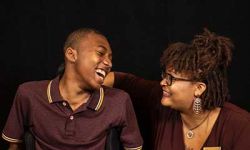