Michigan gas prices are soaring. Who’s to blame, when will it stabilize?

Business Watch
Michigan gas prices are soaring. Who’s to blame, when will it stabilize?

Michigan is joining the rest of the U.S. in watching gasoline prices soar, with the average price per gallon leaping 42 cents in a week, then passing $4 per gallon Tuesday across the state.

But solutions won’t come easily or soon for customers who find themselves paying well over $1 per gallon more compared to a year ago, as President Biden announced a U.S. ban on Russian oil.

The global oil market during the deepening conflict in and around Ukraine promises more volatility, and it's unclear how long that could last as the Russian oil ban further limits availability.

While at least one industry expert said prices in Michigan could stabilize by the end of the week, others say the war raises longer-term challenges for U.S. energy security. And Biden’s new ban is likely to further increase prices.

At the same time, U.S. oil production is still below 2019 levels despite the nation’s return to the roads as the pandemic enters its third year, raising questions on whether federal energy policy has helped drive increases and what actions can be undertaken to temper costs.

“We’re in uncharted territory. … and that uncertainty is expressed in higher energy prices,” said Mark Griffin, president of the Michigan Petroleum Association (MPA), which represents 400 businesses that operate 1,500 locations like gas stations and distributors in the state.

Previous gas price hikes following events like hurricanes have jolted Michigan’s market, Griffin said, but customers and the state’s fuel industry had some assurance that spikes would soon correct themselves. This time, he said, Russia’s attack on a neighbor and the threat of broader European battles is rebalancing the worldwide oil supply, with higher demand reaching every gas pump in the state.

“When I look at this situation, I don't know what that end point is,” Griffin told Bridge Michigan.

Michigan drivers are paying an average of $4.18 per gallon for regular unleaded as of midday Tuesday, about average across the U.S., with California the highest at $5.44 per gallon, according to AAA.

At the average price cited in Michigan Tuesday, motorists will pay about $63 for a 15-gallon tank of gasoline, marking an $11.55 increase from last year’s November peak.

National diesel prices are also nearing a record, GasBuddy economist Patrick DeHaan said Monday, calling it “the fuel of commerce in this country,” in a Facebook Live video. It stood at $4.75 per gallon Tuesday and is likely to break the record of $4.85 per gallon, he said.

DeHaan said he expects the rate of increase to slow this week, but stopped short of predicting how high prices will get: Many fear it could reach $5 a gallon or higher, but it's among the “tough questions to accurately answer” because of the still-unfolding oil fluctuations and military conflict, he said.

Yet while Michigan businesses and consumers feel the pinch, the market for oil  — the commodity used to make unleaded gas and diesel fuel — is global, said Paolo Pasquariello, a finance professor and economist at the Ross School of Business at the University of Michigan. That adds complexity to pricing and potential solutions. 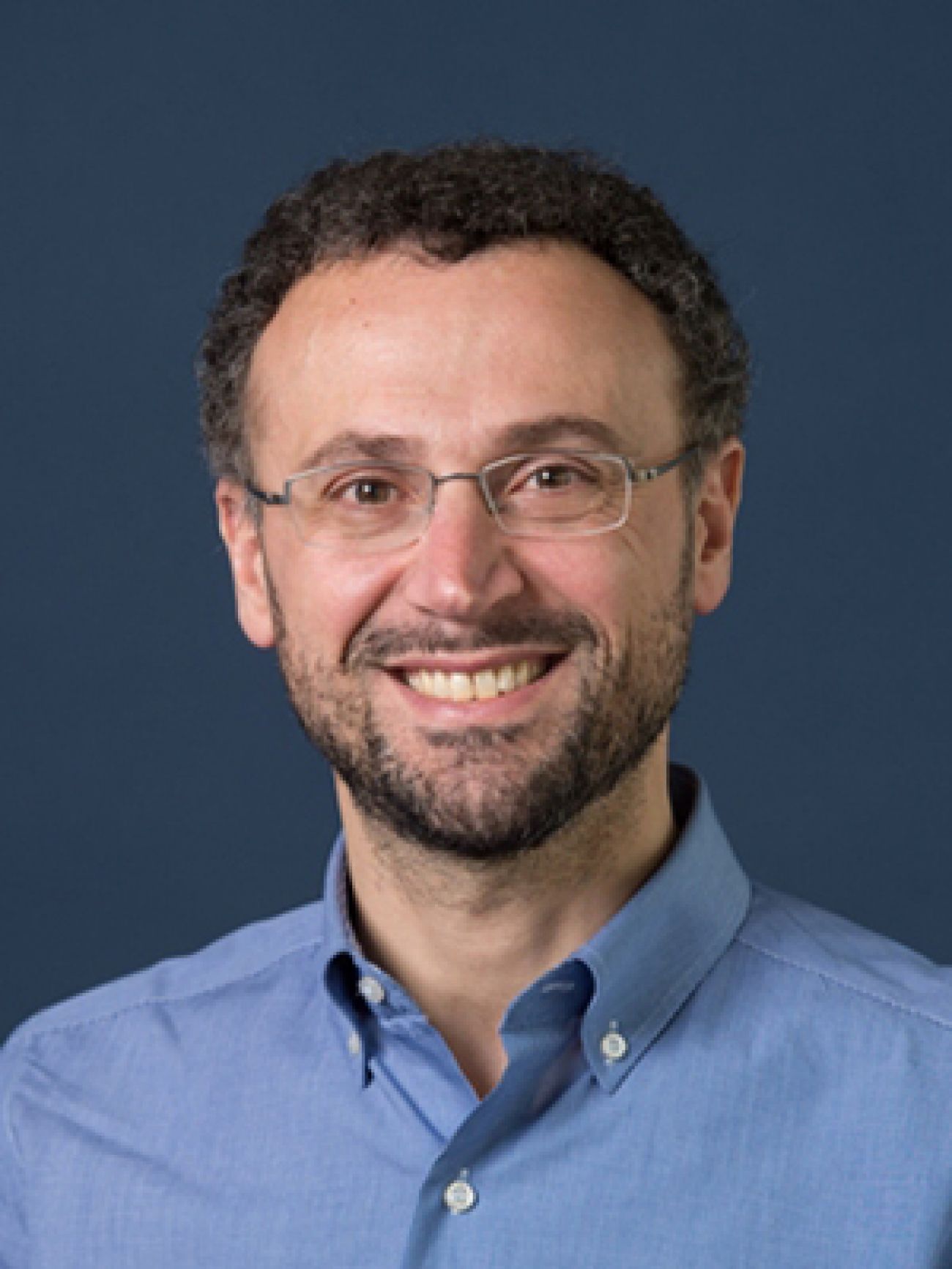 The U.S. produces 11.8 million barrels per day, but is also an importer and exporter to an estimated 174 nations. It brings in oil from Canada, Saudi Arabia and Russia. Fortunately for the U.S., it is far less reliant on Russian oil than our allies in Europe. Russia supplies about 8 percent of the oil that’s made into gasoline for vehicles across America, but captures roughly one-third of the oil market in Europe.

Since the Russian invasion, the price for a barrel of oil has leapt from $90 to $120-plus, as buyers avoid Russian production. Before Tuesday’s ban, Biden and U.S. allies made plans to release 60 million barrels of oil from strategic reserves, with 30 million barrels of that coming from U.S. reserves.

“Oil prices are searching now for the point where demand will go down,” said DeHaan of Gasbuddy, an app that provides real-time gas prices at U.S. service stations. His advice to U.S. consumers: “Americans need to band together to cut our fuel consumption.”

The Michigan Republican Party asked in a Tweet on Monday what Biden and Gov. Gretchen Whitmer, both Democrats, were doing “to bring Michiganders relief from this economic pain.”

The search for solutions has geopolitical implications far beyond the prices Americans must pay for gas. Biden’s ban on Russian imports has bipartisan support in Congress due to outrage over the Russian invasion that’s driven more than 2 million people from Ukraine as they seek to escape the violence.

But as the U.S. braces for its sanctions to start and other countries shun Russian oil even without sanctions, Pasquariello said price consequences from diminished global supply will reverberate in Michigan. Just after Biden’s move, crude oil jumped 6 percent.

“If the U.S. and other countries put an embargo on Russian oil, the worldwide supply of oil will shrink,“ said U-M’s Pasquariello. “So oil prices will go up.

“And every economy in the world will be affected. “

Whitmer, who is running for reelection in November, joined five other governors in sending a letter to Biden and congressional leaders, asking that they suspend the federal gas tax through the end of the year. On Monday,  James Craig, a Republican candidate for governor, called for the state to suspend its state gas tax collection of $27.2 cents per gallon while gas prices spike.

Whitmer spokesperson Kayle Hanson said reducing the federal gas tax — which stands at 18.4 cents per gallon — “will lower costs at the pump for millions of Michigan drivers who are facing escalating costs due to Putin’s horrific attacks on Ukraine.”

Griffin, of the petroleum industry, said tax holidays are complicated for retailers and may be difficult for state auditors to approve and track, though he said he would support a sales tax pause.

Meanwhile, calls for the U.S. to allow additional domestic oil production are not likely to result in lower gas prices anytime soon, since new permits for drilling fields, new equipment and new pipelines could take years to assemble, Pasquariello said.

Still, the U.S. Chamber of Commerce is endorsing four policy moves that would allow easier pipeline permitting in the U.S. and funding that could allow more exports.

The chamber also called for “accelerating development and deployment of technologies to decarbonize our economy” through renewable energy and battery technology, including electric vehicles.

“We need a more balanced conversation about how to have smart policies on climate while promoting energy resilience and national security,” the chamber said in a statement. “We must be able to do both.”

U.S. pipelines were at about 50 percent capacity at the end of 2021, and it’s unclear how quickly oil companies can boost volume. With higher demand in 2021 than in the first year of the COVID-19 pandemic, many oil producers in the last quarter reported increased profits as they limited their production.

In addition, Pasquariello said there’s no guarantee an increase in domestic production would increase U.S. supply.

“If you increase the overall supply, you can push the price down,” the U-M economist said. “But if global prices don't decline, and U.S. domestic supply increases, the domestic producers can sell oil abroad, not necessarily for American demand.”

Higher gas prices not only wallop drivers, but will likely impact other parts of Michigan’s economy.

DeHaan, the GasBuddy economist, said diesel fuel shortages have the potential “to affect everything from food to lumber,” including jet fuel for leisure flights and freight.

Gas stations are also hit by higher prices. Griffin of MPA said many are currently selling fuel below replacement costs, taking a loss in some cases in hopes customers will still shop in their convenience stores, where they make 30 percent of their profits.

But “they can’t afford to sell below cost very long and stay in business.”

Some stations, he added, have fleet contracts with local school districts or commercial trucks, and escalation clauses in the contracts may not keep pace with the rapid increases of the last month.

As Griffin considered implications for the future, he described himself as nervous.

On the horizon, another concern for Michigan energy prices beyond the war in Ukraine is the fate of the Enbridge Energy LIne 5 pipeline, which Whitmer ordered shut down but Enbridge is challenging in court.

Last week, an industry analysis concluded that closing the Straits of Mackinac to Line 5  could result in a 40-cent per gallon increase in the cost of gasoline in the region. Environmentalists dispute that, citing a report from February that said the impact could be negligible.

And looking ahead, businesses already struggling with inflation at 40-year highs could be affected further as people paying more for fuel have less money for discretionary spending, like dining and travel.

“Many of the things that are made in Michigan are sold all over the world,” said Pasquariello of U-M, noting that the automotive industry is at the top of that list.

However, Brian Calley, president and CEO of the Small Business Association of Michigan, told members on Monday that while gas prices will likely affect them, it’s possible the Federal Reserve could slow plans to raise interest rates while fuel prices set records. That could offset higher fuel costs.

“If they’re worried about the economy overheating, nothing will cool it down like sustained, high energy prices,” Calley said.

Pasquariello said one way state officials can alleviate higher prices for Michigan residents could be to explore a low-income gas credit, similar to pandemic relief measures, so that people who can’t afford to absorb the higher costs will find relief.

But on a broader level, he said, higher prices could be considered a show of support for Ukrainians if the U.S. can avoid turning to Russian oil to lower prices. The people there are fighting for their lives, Pasquariello noted.

“If you want to support Ukraine, then accept that the U.S. is fighting the war economically (and not) militarily,” he said. “And the consequences of that fight is that you'll have to pay.”