A second round of $300 in additional weekly jobless benefits should reach laid-off Michigan workers before the end of month, while the state continues to fix glitches in its unemployment system and investigate fraud.

Michigan has been approved for three more weeks of funding through the federal Lost Wages Assistance benefit program. Atop three weeks that have already been approved dating to Aug. 1, that brings additional benefits for the jobless to a total of $1,800.

The state will process the second wave of payments next week, and it will take about 10 business days to complete payments, said Jason Moon of the Michigan Unemployment Insurance Agency.

The money is the final round of federal assistance expected, unless Congress approves more coronavirus relief.

The first round of payments started processing the week after Labor Day, prompting many questions among recipients who didn’t see the retroactive $300 per week for as long as two weeks.

Some said they had difficulty accessing the unemployment system to ask questions.

“I have been waiting patiently to receive my $300 extra a week unemployment benefits,” Henry Garcia of Lansing said on Sept. 12.  “I see other people around my area getting their benefits but I have not received my benefits.”

Now, as those payments conclude, the state is trying to fix other problems in the system, which was overloaded starting in March as waves of residents filed jobless claims amid both temporary and permanent layoffs related to coronavirus.

Some unemployed workers who needed to update their information for new payments in the  Michigan Web Account Manager (MiWAM) system were unable to do so.

“Due to a technical error, around 70,000 claimants’ MiWAM accounts did not display the link to certify for benefits this week,” Moon said. “This issue has been corrected.”

Anyone who missed certifying on time now has the ability to complete the information late. Notifications should have been received by those affected, Moon added.

“This error was communicated to these claimants,” Moon said.

Meanwhile, Moon said, the new rounds of Lost Wages Assistance seems to be causing an increase in fraudulent claims, including in Michigan. That was a concern this summer, as at least 400,000 claimants had accounts or claims frozen during investigations.

“Another wave of claims have been flagged for identity verification to prevent payment,” Moon said. The number of people affected was not available.

“The higher supplemental benefit attracts additional criminal attention and agencies across the country remain under attack,” Moon said. “These cases have been flagged for identity verification to prevent payment.”

Several people in Michigan already have been charged with unemployment fraud this year, including a former contractor at UIA and a former employee.

The UIA has provided nearly $22 billion in unemployment benefits to more than 2.1 million unemployed workers. Another 17,392 state workers filed claims for benefits for the week ending Sept. 12, compared to 17,844 a week earlier.

Michigan’s unemployment rate was 8.7 percent in August, according to data released this week by the federal Bureau of Labor Statistics. That was unchanged since July.

Economists who watch the labor market say that number could be closer to 10.7 percent, once people who have stepped out of the labor force due to COVID-19 are considered. An estimated 251,000 fewer Michigan workers are now in the labor force.

There also were signs that recovery is slowing, as more temporary layoffs become permanent.

“Recalls of laid-off workers continued in Michigan in August, but at a slower pace than in the last few months,” said Jason Palmer, director of the Bureau of Labor Market Information and Strategic Initiatives. “Total payroll jobs rose by 55,000 in August, well below the average advance of 180,000 per month from May through July.” 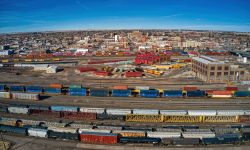 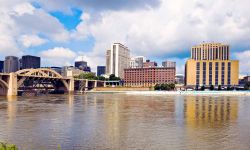