When Michigan unemployment, stimulus checks, and $600 CARES money will arrive

As Michigan logs its third straight week of record jobless claims, the surge coincides with new state and federal safety nets, offering hope for some replacement of evaporating paychecks.

Key points for those waiting for the money:

The cap on state unemployment is $362 per week, and the average payout is $325 per week. Normally, unemployment benefits are paid for up to 20 weeks, Michigan residents can now get 39 weeks, with the final 13 weeks guaranteed under the federal Coronavirus Aid, Relief, and Economic Security Act (CARES).

“The easiest and fastest way to file a claim is through the website,” with most cases clearing in 25 minutes, Moon said.

Be ready to re-certify every two weeks, though during the pandemic you won’t have to prove that you’re seeking a new job.

Registration continues online and by phone, with the state increasing unemployment phone bank staff and hours this week. Registering between 8 p.m. and 8 a.m. may be faster, while alleviating pressure on the overloaded system. Filing online is another pressure release, reserving the phone system for those without connectivity.

Jobless workers should file within 28 days of layoff. But if there is an issue - such as illness - the state may extend the timeline.

Details are still pending on how that will reach Michigan residents.

“We did receive guidance from the federal government early in the week,” Moon said. “We are incorporating that into our systems.”

Meanwhile,  traditional unemployment did not cover people in a variety of work situations. The CARES Act expands that, making it possible for contract workers, “gig” workers, freelancers and people who have exhausted state unemployment options to get payments. People whose jobs were interrupted due to COVID-19 also are eligible for the payouts, including those taking care of family members with the virus.

The state soon will announce when those displaced workers can apply for unemployment.

When will you see a payment? Word on when the CARES Act money will reach unemployed residents should be released this weekend, Moon said.

Many Americans can expect to receive up to $1,200 through the Internal Revenue Service. Couples could receive up to $2,400. Families with children will receive an additional $500 for each child under 17.

The payments will go to people with adjusted gross income up to $75,000 for individuals and up to $150,000 for married couples filing joint returns. Single filers with income exceeding $99,000 and joint filers above $198,000 in income with no children are not eligible, according to the U.S. Treasury. Social Security recipients and railroad retirees who are otherwise not required to file a tax return are also eligible, according to the IRS.

The government will find you to deliver the windfall, and it says nothing needs to be done to get the money. The IRS is using tax filing data and previously filed bank information to send the funds. A website will be established soon for people to set up direct deposit  if they normally opt to receive a check from the IRS. 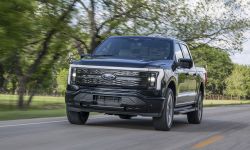