Their hopes, for once, were riding high on expectations of good news from a federal agency — the U.S. International Trade Commission — which seemed predestined to slap a heavy duty on imports of dried Turkish tart cherries which had flooded U.S. markets.

It was critical to northern Michigan growers, who produce about 70 percent of the nation’s tart cherries.

That morning, word that the ITC had rejected a U.S. Commerce Department preliminary finding in September that Turkey exports dried tart cherries at below production costs rocketed around the conference center. The ITC said in a press release it determined the U.S. industry “is not materially injured or threatened with material injury by reason of imports of dried tart cherries from Turkey that the U.S. Department of Commerce has determined are subsidized and sold in the United States at less than fair value.”

“We were expecting to be coming to a birthday party,” said Nels Veliquette, chief financial officer of Cherry Ke, an Antrim County-based consortium of businesses that grows, transports and processes tart cherries. “And it turned out to be a funeral that really took the wind out of the sails of the growers’ morale.”

The rationale for rejecting U.S. growers’ tariff request won’t be revealed until Feb. 18.

“Based on the public information, we thought we had a strong case,” said Elizabeth Drake, an attorney representing five cherry processors in Michigan and Utah who filed the challenge against Turkish imports. “We’ll have to review carefully before recommending a next step.”

Neither the Turkish government nor two major exporters of Turkish dried tart cherries, responded to Commerce Department requests for information. The petition, by the Dried Tart Cherry Trade Committee, accused the Turkish government of heavily subsidized its cherry industry, allowing Turkish exporters to sell dried cherries at prices below their fair value.

Veliquette, one of the five processors involved in the challenge, was not the only one stunned at the Grand Traverse Resort. So were other multigenerational growers, including Dorance Amos, who has 350 acres in tart cherries in orchards started by his grandfather.

“We’ve allowed this foreign thing to run us out of business. The cherries we produce in 2020, we’ll lose money. How do you talk to your banker about loans needed for annual operating costs when who don’t expect to turn a profit? That’s why the tariff was so big,” he said Tuesday, taking a break from a snowmobile trip across the Upper Peninsula.

This year, Amos said he’ll plant more soybeans and wheat on properties he owns in five townships in Grand Traverse and Antrim counties.

Amos said his family had found a piece of paper recording a deal his grandfather had made with Traverse City Cherry, a processor which is no longer in business, for 15 cents a pound in 1947 — about the same he’s been paid the past few years. His grandfather’s cost for spraying trees was $1,400 and his John Deere tractor cost $3,400. Last year, by contrast, Dorance Amos said he paid about $300,000 for spraying and a new John Deere costs about $70,000.

Another multigeneration cherry grower in the crowd at Grand Traverse resort was Rob Mangold, who also is the supervisor of Peninsula Township, which covers the Old Mission Peninsula that is home to several growers.

He’s used to ups and downs in the cherry business, but every year for the last three has been down, he said. On Old Mission Peninsula with a micro-climate well-suited to the burgeoning wine grape business, more and more tart cherry growers are diversifying, something Mangold has already done to some degree.

“And we’re all talking about hemp and waiting to see how that’s going to work,” he said.

Mollie Woods, executive director of the DeWitt-based Cherry Industry Administrative Board, which advocates for the tart cherry industry, said the news has shaken growers.

“We have growers who are going out of business and others who keep fighting,” she said. “To learn that we hadn’t prevailed was pretty depressing. Our growers really are on edge right now.”

From 2006 through 2018, the number of Michigan tart cherry farms declined from 540 to 380, with farms under 200 acres hit hardest. Most that remain are in six northwest Michigan counties from Manistee to Charlevoix.

One of Woods’ jobs is pressing the federal government to add more tart cherry products for nutritional programs for needy family, senior and school nutrition programs. She said she’s surveying the industry on that issue this week.

Veliquette said he knows the odds of successfully appealing the ITC’s decision to a federal appellate court in New York are slim.But he and others in the Michigan cherry industry say they hope to gain traction through a separate complaint to U.S. Customs that Turkish growers have been using Brazilian exporters to evade a half-cent duty imposed on imports of Turkish tart cherry juice by the U.S. government in 2018. It’s an accusation also made by U.S. Sen. 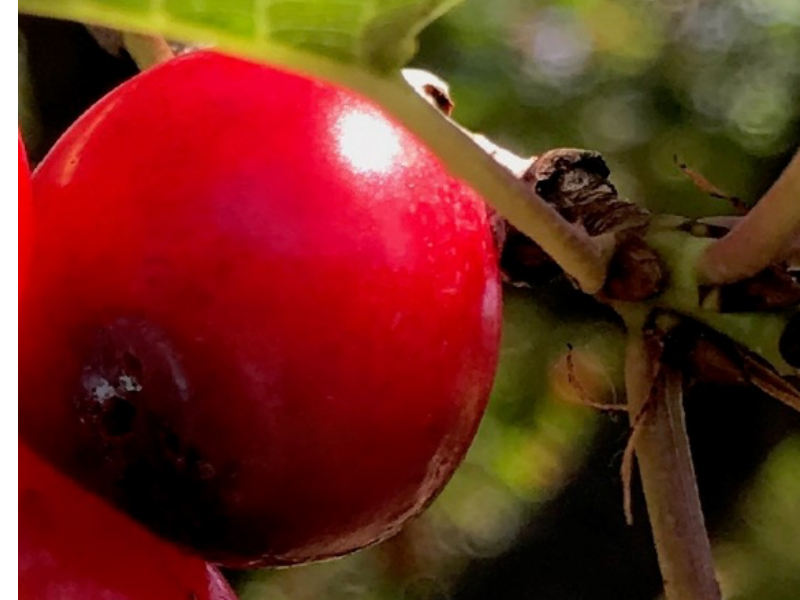 “Within 30 days, 350,000 liters of cherry juice began arriving at the Port of Miami from Brazil, evading customs duties,” Veliquette said. “It’s one thing for the industry, basically us, to file a lawsuit like we did. It another thing for [Turkish growers] to avoid paying Uncle Sam. Maybe that’ll get the government’s attention.”

Turkey lost its “developing nation” duty-free status when President Donald Trump signed a measure adding Turkey to a list of nations required to pay the half-cent duty on cherry juice in November 2018. But Brazil still had the special status and could avoid the duty.

“Anything we can do to help at this point. We need the USDA to get involved. The point is that we’re getting our lunch eaten by Turkey as our government watches,” he said.

Peters and fellow U.S. Sen. Debbie Stabenow, both Michigan Democrats, were harshly critical of the ITC’s decision on Turkey.

“Michigan cherry growers spent millions of dollars in an already difficult year to elevate this issue,” Peters said in a statement. “By making this stunning reversal, the ITC is undermining its own mission, disregarding the overwhelming evidence and is letting trade abusers off the hook.”

U.S. Rep. Jack Bergman, R-Watersmeet, who represents most of northern Michigan in Congress, also criticized the ruling in a statement, calling it “a terrible decision that puts Michigan growers at an extreme disadvantage.”

Prices are climbing and competition is fierce as traditionally slow areas of Michigan become real-estate hotspots. No longer geographically tied to their workplaces and enjoying low interest rates, buyers are sparking a ‘feeding frenzy’ in northern Michigan.

Michigan businesses struggled during COVID. Customers are coming to rescue.

Spending is up, even amid a pandemic. And many consumers are keeping money closer to home, saving a coffee shop near Saline and increasing traffic in downtowns.

Whitmer: Michigan could remain in COVID-19 state of emergency for months

Amid frustrations from some business owners about emergency orders, Gov. Gretchen Whitmer says she’s weighing case counts, vaccine development and other factors in determining how long the crisis will last.

It's ironic. Most cherry farmers are Trump supporters, judging by polls of farmers in general. Yet the people actually trying to help them are the state's Democratic senators, Stabenow and Peters. Bergman has done nothing beyond expressing sympathy. And neither Trump nor his Ag. Secretary, Perdue, have done anything at all.

I was thinking the same thing!

Maybe Trump et al. are for once FOR consumers, whom they shafted with their misguided tariff policies-:)

How about voting out all republicans!!

Detroit had so many development plans that have been reduced or stopped because of Trump's tariff wars and rising costs. So now when I think of how Trump tariffs are ruining our economy, from Traverse City to Detroit, Ariana Grande's song comes to mind: Thank you next! Michigan can't take four more years of this.

The decision makes total sense if you look at whatever hold Turkey's leader, Mr. Erdogan, has on Mr. Trump. Mr. Erdogan calls Mr. Trump and the US pulls out troops and abandons the Kurds the next day. I bet another phone call resulted in this this death knell to Michigan's cherry growers. I thought we were supposed to be making America great again rather than making Turkey great again. Silly me.

It's politics not economics.