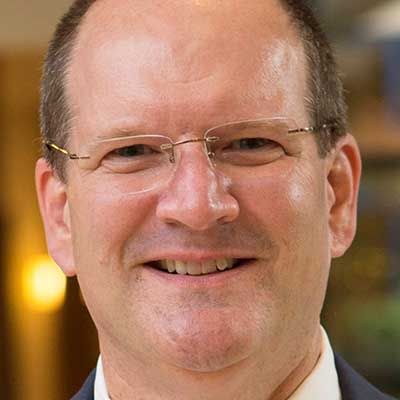 Eric Lupher is president of the Citizens Research Council of Michigan. (courtesy photo)

While Michigan’s public health infrastructure – its people and its institutions – is intensely focused on slowing the spread of COVID-19 and getting vaccinations in arms, it should be no surprise that the system is under stress and outcomes are not optimal.

Even before the pandemic, the state’s public health system had to face many challenges under-resourced. For years, Michigan has underfunded public health at the state and local levels. As the Citizens Research Council of Michigan pointed out in our August 2018 report, “An Ounce of Prevention: What Public Health Means for Michigan,” our state has long ranked near the bottom of the nation in state per-capita investment in public health.

In 2017, we were 7th lowest, at $13 per person, according to data compiled by Trust for America’s Health, behind states like Texas, Florida, Georgia and South Dakota. Half of the states spent more than $40 per person.

It’s not a new phenomenon. Since 2000, the number of state government employees engaged in public health services has been cut by about 40 percent. And the story isn’t much different at the county level. The state by law is supposed to fund 50 percent of local public health operations; actual funding has been closer to 30 percent to 40 percent in most years. Counties have little ability in their own budgets to make up the difference.

The impact on our vaccination efforts is obvious. People are frustrated about long waits and the wide differences from county to county in how to obtain a vaccine – and the state is struggling with compiling all the data that would be optimal about who has actually received the vaccine.

As we stated in the report: “Michigan, largely because of the social, economic, and physical condition of its communities, has higher than average prevalence of many chronic diseases like heart disease and diabetes. More Michiganders smoke and/or are obese than the na­tional average. Relatedly, Michigan has a higher rate of infant mortality and its residents have a shorter life expectancy at birth than the U.S. average. Viewed collectively, these broad strokes paint one strikingly clear picture: Michigan pays a price for not prioritizing and funding public health.”

“The insidious nature of this price is revealed in Northern Michigan’s “disability belt” and in the communities struggling with opioid addiction. The unfair character of this price is paid especially by low-income communities and communities of color where people live much shorter, sicker lives and watch infants perish at more than twice the rate of other com­munities. Michigan cannot afford to continue to spend massive amounts on health insurance policies and costly medical interventions while failing to invest in population-level health promotion and disease preven­tion, or, more generally, in social well-being.”

These public health failings mean fewer workers on the job, higher health insurance costs for all, and heartbreak for many.

There have been some bright spots. Additional federal aid has helped boost overall spending, but it comes with strings that limit state and local ability to fine tune their efforts to needs. Federal funding for public health has experienced declines.The Michigan Public Health Institute (MPHI), a non-profit agency set up by the Legislature in 1990, has attracted millions of dollars from foundations and the federal government to augment research and assist in efficiencies and innovation. MPHI is undoubtedly a valuable resource for our state, but it cannot take the place of an adequately funded state workforce and public health infrastructure.

Despite its critical importance, public health has rarely been top of mind for state and local government policymakers. At the end of the day, being in the bottom 10 of states in per resident state funding has its costs, in lives and quality of life. Improving our health status and becoming better prepared for the next public health crisis means we need to devote state-generated revenues to these activities.

Despite our herculean efforts to combat COVID-19 here in Michigan (and throughout the U.S.), we just weren’t adequately prepared to confront infectious diseases that are emerging in greater numbers and spreading more quickly than at any time in human history. Even when the current pandemic has subsided, the threat of new diseases (and viral variations of old ones)  requires a robust public health system and emergency planning and preparedness to manage.

We know it is difficult to prepare for a pandemic. We also know that ongoing epidemics of substance abuse, lead poisoning, violence, and obesity, among others, are complex problems with no easy solutions.  But these problems affect all of us; they impose immense social costs and contribute to everyday tragedies in Michigan – tragedies that can be alleviated by smart investment in our state and local public health systems.

We urge state and local officials to take a look at our report, consider their responsibilities to the state and their own constituents, and take steps to ensure our public health infrastructure is properly equipped to both protect and enhance the health and wellbeing of every citizen, even after the war on COVID-19 is eventually won.