Five years ago, developers and government officials in Ann Arbor launched a project to bring eco-friendly construction to the masses. It was a novel concept and very on brand for the progressive, affluent college town.

The idea was to have local government subsidize some up-front costs of green housing and reserve some units for lower-income residents; people who could never afford the solar panels, geothermal heat pumps and other expenses that ultimately lower energy bills while burning less fossil fuel. Luxury homeowners would live alongside families of modest income and people transitioning from homelessness, adjacent to 130 acres of wooded land.

In the years since, climate-friendly affordable housing development has become all-but-routine in Ann Arbor.

But a larger question remains: As more homeowners (and developers) recognize the need to eliminate fossil fuels that contribute to climate change, are projects like those adopted in places like Ann Arbor scalable to less resource-rich communities?

“It’s possible,” said Matthew Grocoff, whose Thrive Collaborative is co-developing the Ann Arbor project, called Veridian, with nonprofit Avalon Housing. But he and others said it requires an aligned vision among officials, developers and communities to pull it off.

“You need a different methodology of construction,” Grocoff said. “You need cooperation from the local authorities, from the planning commission, and you need to really push to make it happen.”

Because residential housing represents 21 percent of U.S. energy consumption, it is a focal point of efforts to decarbonize the economy — something experts say the world must do by 2050 to avoid the worst effects of climate change.

In 2014, the city became one of the nation’s first to publish a local climate action plan, and has since opened a sustainability office with staff and a budget to implement the plan. Voters have been quick to tax themselves to support both affordable housing and climate action.

Beyond the Veridian neighborhood, Ann Arbor has already completed several eco-conscious affordable housing developments, and city officials just announced plans for another 68 units of super-efficient, solar powered housing in the city’s downtown. They’ve instructed firms vying to develop yet another planned project to aim for a net zero-emissions — which means the home produces as much or more energy than it consumes.

Veridian’s developers plan to break ground this spring, with the first residents moving in as early as mid-2023. Thirty units will be reserved for people who would otherwise be chronically homeless, and another 20 for those making less than 60 percent of area median income (which amounts to $63,900 or less for a family of four). They’ll live alongside homeowners who will pay between $185,000 and $940,000 for one of 110 market-rate units.

Grocoff said the development team knew if their concept could work anywhere, it could work in Ann Arbor – a community with high incomes, a green ethos, and a constituency willing to part with some of the former in pursuit of the latter.

Washtenaw County commissioners had been considering a range of ideas to redevelop the site, which had housed a juvenile detention center. They rejected higher bids in favor of Veridian, and donated 4.7 acres for the neighborhood’s affordable units. 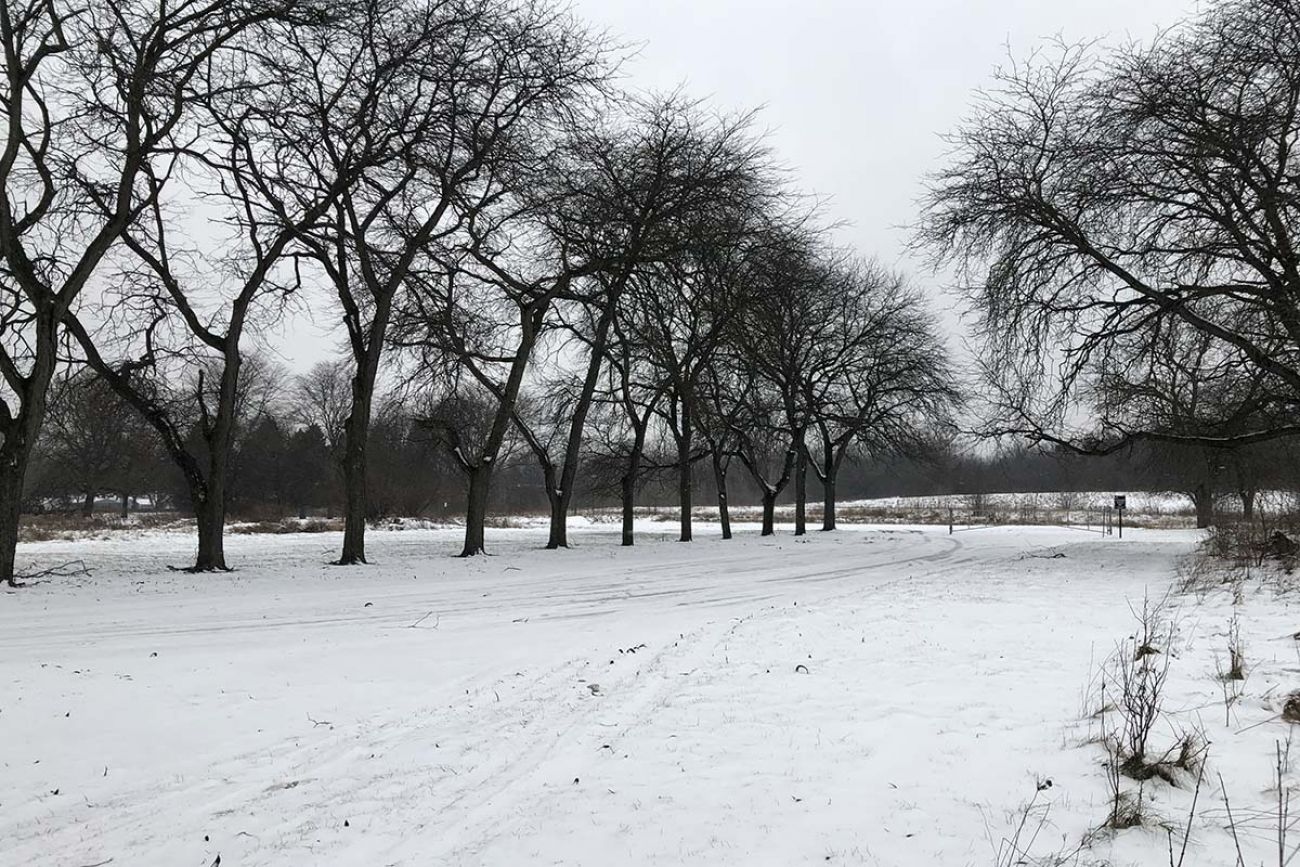 The former site of a Washtenaw County youth detention center, slated for redevelopment as a solar-powered neighborhood, remains vacant for now. Developers hope to break ground in the spring. The forthcoming development is one of several projects in Ann Arbor to develop climate-conscious affordable housing. (Bridge photo by Paula Gardner)

Hall acknowledged that’s a resource many communities don’t have — one that can mean the difference between pursuing eco-friendly housing that includes more expensive building materials and solar panels, and standard builds that cost less to design and build, but generally end up costing more in the long run on energy expenses.

While the economic case for climate-friendly housing has strengthened in recent years as homeowners recognize the longer-term savings, local officials and national experts told Bridge that projects like Veridian remain a tough sell for many communities.

“If you don't have somebody in your community, whether it's administration or council, or staff or the community itself pushing for it,” Hall said, “it's just not going to happen.”

And while Avalon is both developer and landlord at its projects, many developers don’t pay the utility bills at the properties they build, said Carty-Saxon, Avalon’s real estate development chief, leaving them with few incentives to invest in energy-efficiency.

Policy changes can help shift the debate. Carty-Saxon noted that affordable housing developers competing for limited public funding often score higher if they can keep construction costs down — a system that can dissuade green development.

Even with local subsidies and help navigating policy, getting to net zero is not yet guaranteed for the affordable housing portion of the Veridian development. Grocoff said that’s partly because of state-level policy barriers that limit the ways multi-family housing developments can use solar. But Carty-Saxon said building costs are a barrier, too.

For now, buildings at Veridian are being designed “solar-ready,” with all-electric appliances and no gas hookups. The plan, Carty-Saxon said, is to incorporate solar panels “when and if it’s available.”

Such barriers mean that, for now, projects like Veridian will likely remain confined to “progressive communities that tend to have climate offices,” said Amber Wood, director of the American Council for an Energy Efficient Economy’s buildings program.

But the logistical and cost barriers that discourage green development elsewhere are rapidly shrinking.

A 2019 analysis by the Rocky Mountain Institute found that zero-energy homes cost an average of 6 to 8 percent more than the average new home, but extra costs can be offset in the form of long-term energy savings, and the cost difference is diminishing over time.

“More and more communities are getting more comfortable talking about it,” Rigterink said.

“We believe that providing these scoring incentives will promote greener and healthier affordable housing throughout the state,” said Chad Benson, director of rental development for the state housing authority, in an emailed statement.

Other state and federal efforts are also building the case. The Michigan Public Service Coalition, for instance, has a workgroup dedicated to reducing energy waste, and an ongoing effort to revise Michigan’s building codes could make some energy-efficient features standard in all new construction.

At the federal level, the Biden administration has vowed to invest in energy-efficient affordable housing. The latest version of the Build Back Better bill includes $150 billion-worth of affordable housing provisions, though details remain scarce and it’s far from clear the bill will pass.

But Rigterink, of the Municipal League, said widespread adoption of green affordable housing will take more than incentives.

“To truly see some change,” she said, “it’s got to be a requirement.”

“The real challenge,” he said, “is making it possible everywhere.”