Federal regulators on Monday told a U.S. congressional committee that it didn’t conduct a financial review of Boyce Hydro before it acquired the long-plagued Edenville Dam because it was bought out of foreclosure.

Laws allow the Federal Energy Resources Commission to review finances of prospective dam owners. But the agency never did so for Boyce, which claimed for years it didn’t have money to fix the dam that failed in May.

That’s because the company bought the dam and three others near Midland in 2006 out of foreclosure, an “exception to … otherwise-applicable” laws mandating a review, FERC Chairman Neil Chatterjee wrote to the U.S. House Energy and Commerce committee.

“Nothing in the record at the time of the transfer cast doubt on Boyce Hydro’s ability to fulfill its regulatory and financial obligations,” Chatterjee wrote.

The dam was already out of compliance with federal regulations when Boyce acquired it, and over the next 12 years, FERC approved more than 10 plans to make repairs to increase capacity, Chatterjee wrote.

None was done before September 2018, when FERC revoked the license that allowed Boyce to sell electricity from the Edenville Dam.

Michael Pitt, an attorney who has filed one of several class-action lawsuits on behalf of flooding victims, told Bridge he is “shocked” FERC had not taken a critical look at Boyce Hydro.

“We are shocked by FERC’s revelations that it did not vet Boyce Hydro’s financial or competence to operate the Edenville Dam,” Pitt wrote in an email to Bridge. “We believe that FERC was negligent in licensing Boyce Hydro and it must be held accountable for its share in causing this disaster.”

Chatterjee’s letter came in response to questions from Congress, which asked how hard FERC had pushed to improve safety before the dam failed on May 19, triggering floods that caused an $200 million in damages to 2,500 buildings and forced the evacuation of more than 11,000 people in Midland, Gladwin and Saginaw counties.

Among the questions from House members is whether FERC had ever levied fines. It had not, Chatterjee wrote, because Boyce claimed it didn’t have the money to fix the dam’s capacity.

“Given this, staff did not believe that assessing penalties would be effective in bringing Boyce Hydro into compliance,” Chatterjee wrote in a letter to the committee.

Now, as property owners clean up, state and federal investigators — along with attorneys representing victims — are assessing how a dam failed after regulators had sounded the safety alarm for over two decades.

State and federal officials have convened a six-person team of experts to study the dam’s failure. The Michigan Senate on Tuesday is hosting three officials from FERC to testify about dam safety and a house subcommittee is having a meeting on the state’s dam safety program on Wednesday.

Congress sent state and FERC officials a list of questions on June 1. Last week, Michigan officials replied, outlining the state’s history with Boyce Hydro. It took over regulation of the dam after FERC revoked the license and became aware last fall that it may not have met Michigan’s dam safety criteria, which are half as stringent.

In his Monday letter, Chatterjee wrote the dam’s previous owner had been told in 1999 the Edenville Dam did not meet safety standards, a fact Boyce “should have been aware of” when it bought it and three others on the Tittabawassee River.

Boyce agreed to accept “all the terms and conditions” of the FERC license of the previous owners, Chatterjee said. That would have meant complying with the demand to expand capacity.

That never happened, he said.

“Boyce Hydro proposed, and Commission staff accepted, more than 10 different plans and schedules to build auxiliary spillways. However, after repeated deadlines missed by the licensee, as well as repeated extension requests, staff concluded that Boyce Hydro was not progressing in any meaningful way in addressing its compliance issues,” he wrote.

Bridge has reported that Boyce Hydro, created by the heirs to the founder of the Boy Scouts of America, originally bought the dams as a tax shelter to avoid a $600,000 tax penalty after selling property in Illinois.

Boyce has argued the dams did not generate enough profit to afford the repairs at Edenville, estimated at up to $10 million.

Court records have shown the dams generated $2 million in annual revenue against $1.2 million in expenses. Edenville generated half of those revenues.

The Sanford Dam, which is also owned by Boyce, also failed during the floods.

Should taxpayers foot the bill for restoring the Midland dams? 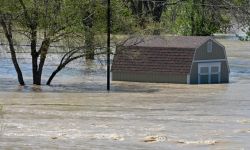 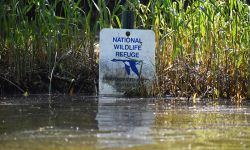 Michigan communities turn to wetlands to prevent damage during floods