Flint’s recovery begins with a carrot: How a unique program is healing the city.

Michigan Environment Watch
Flint’s recovery begins with a carrot: How a unique program is healing the city.

With a mix of philanthropic and government support, the nonprofit Fair Food Network has expanded its Double Up Food Bucks program to more than 250 farmers’ markets and grocery stores across Michigan, aiming to help low-income residents access healthier, often locally grown, food options.

FLINT — With the smells of freshly baked pizza, breads and barbeque wafting around him, Myron Bundy saw familiar faces from behind his produce stand.

“Hi, baby. How you doing today?" said Bundy, wearing a Detroit Lions cap, as one woman browsed some of the offerings: asparagus, brussels sprouts, potatoes, onions.

“Hi, ladies. Hi, fam,” he said to another group strolling by.

The chatter added to the din on a recent Saturday morning at the Michigan’s second largest farmers’ market. A fixture of downtown, the 7,652 square-foot Flint Farmers’ Market hosts more than 50 indoor vendors year-around, along with kitchen demonstrations and other events.

It’s a scene few outsiders would associate with Flint, which is poorer than any other U.S. city its size and still reeling from the 2014 water crisis. The food at this market — fresh, local and even organic, and therefore relatively expensive — might seem off limits to the 41 percent of city residents who live in poverty.

Yet lower-income residents are among those packing the market, which is playing an under-the-radar role in Flint’s recovery. Wracked by the water scandal that left children with elevated lead blood lead levels, the city has sought healing from the fruits and vegetables. Foundations and community leaders have sought to increase consumption of vitamin-rich foods that can lessen lead absorption in the body through a program that incentivizes healthy eating among public aid recipients.

“Double Up became a key part of the community’s recovery from the water crisis,” said Oran Hesterman president and CEO of the Fair Food Network, an Ann Arbor nonprofit that administers the program. “Because we knew that children and families exposed to the lead in the water needed more access to affordable fruits and vegetables.”

The early results show promise: Enrollment numbers soared to 40 percent of those who are eligible, allowing 11,300 residents to take home about $415,000 in extra fruits and vegetables over the last two years, according to the Michigan Department of Health and Human Services.

The extra purchases also mean more business for Michigan growers and vendors who sometimes struggle to expand their markets.

“The best word to use is a blessing — for our market, and I can imagine other markets, too,” said Karianne Martus, manager of the Flint Farmers’ Market. “It has literally saved people's farms and businesses, for sure.”

A Journal of Pediatrics study made public this week found blood lead levels in Flint children have declined since the water crisis to about 3 percent, and now mirror those in other Michigan communities. Study authors attributed the improvement to several public health efforts.

‘A better tasting and affordable carrot’

“If you want to get people to change their habits, you’ve got to use the carrot and the stick,” said Hesterman.

“Double Up has shown is that all you really need is a better tasting carrot — a better-tasting and affordable carrot is showing that people will make healthier choices if given the opportunity.”

The nonprofit piloted the concept at five Detroit farmers’ markets in 2009, and it has expanded to more than 250 farmers’ markets and grocery stores across Michigan. About 1 in 7 Michiganders lacked access to healthy foods in 2016, the U.S. Department of Agriculture estimates.

The program has also reached at least 20 other states and is seen as a national model.

About half of Double Up’s $5.5 million annual budget comes from the U.S. Department of Agriculture, Hesterman said, and the rest is split between philanthropic and state support. To date, Michigan has contributed nearly $3 million for Double Up in Flint and to export parts of its model elsewhere in the state.

The program has been a blessing to folks like Liberty C. Bell, who says she never expected she’d need government help to feed her children.

The 28-year-old was first in her family to attend college, and in 2012 earned a media arts and technology degree from Michigan State University, where she was heavily involved in campus life and won internships. Two years later, she was named Miss Flint, a highlight of her years competing in pageants. 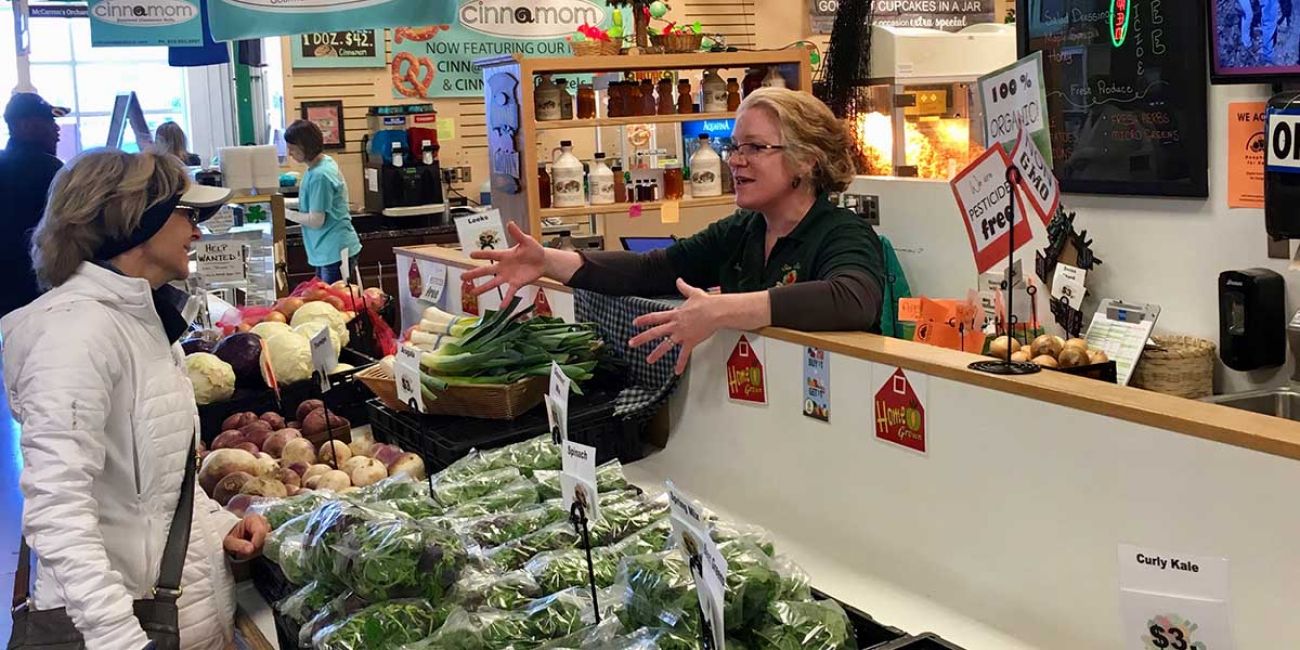 But cascading life circumstances — trouble finding steady work, her father’s layoff from the Flint Water Department and loss of his home, her cousin’s death in a police shooting — have left her family struggling to pay their bills.

For the past three years, Bell and her husband have used SNAP dollars to help feed their two kids — ages 1 and 2 — and three children her cousin left behind.

“I was embarrassed. I didn’t want to get on assistance when I was pregnant with my son,” she told Bridge.

She is one of about 1.3 Michigan residents that rely on SNAP benefits, a number that has fallen 23 percent since 2009, state figures show. Benefits vary but max out at $640 per month for a family of four in Michigan. Nationally, the average benefit for the same sized family is $456 per month –  or about $4 per person a day, according to the Washington D.C.-based Center on Budget and Policy Priorities.

Bell says her family receives $500 per month in SNAP benefits. But that money and income from her part-time work at a grocery store and selling aroma oils, only stretches so far.

If not for the Double Up program, she said, the family would likely be stuck with cheap, high-calorie food rich with high fructose corn syrup instead of the healthier options she can now afford.

In Michigan, participants earn Double Up credits when they make certain purchases with a Bridge Card, which acts like a debit card for SNAP benefits.

At most farmers’ markets, every $1 a family spends at the market with their Bridge Card, is matched, up to $20 per market day. It can be used to buy Michigan-grown fresh fruits and vegetables At grocery stores, matched dollars can be used on any fresh produce.

Double Up started in Flint in 2011, but it began offering more options in 2016 as residents from chain of government blunders that caused lead to leach into drinking water.

Flint residents can use Double Up dollars at any location in the city for additional foods that are rich in calcium, iron or Vitamin C, which slow lead absorption in the body. The expansion incentivizes purchases of milk as well as any fresh, frozen, or canned fruits and vegetables, including those grown outside of Michigan.

The program’s 40 percent participation rate in Flint is up from just 9 percent before the expansion, according to Department of Health and Human Services.

“It created a little bit of a boom for us, I would say,” said Martus, the farmers’ market manager. “It really came in at a time where it helped — not just the community, but the farmers as well.”

The Fair Food Network recently hired Bell as a part-time “Flint ambassador” to promote the program.

Health experts suggest Bell’s perspective is typical in families with little income: They would prefer to feed their kids healthy foods, if only they could afford it.

“It is, I think, a pervasive myth that people with low-incomes — people in general — don’t know about nutrition, don’t know what’s good for them,” said Dr. Alicia Cohen, a clinical lecturer at the University of Michigan Department of Family Medicine and Research Fellow at the Ann Arbor VA Medical Center. “That’s been disproven many, many times.”

A University of Washington study in 2011, for instance, concluded that “lower diet quality separates lower-income from more affluent Americans” and blamed not just food prices but also the amount of time it took to prepare healthy meals.

Cohen’s research suggests Double Up helps break down some barriers to healthy eating. 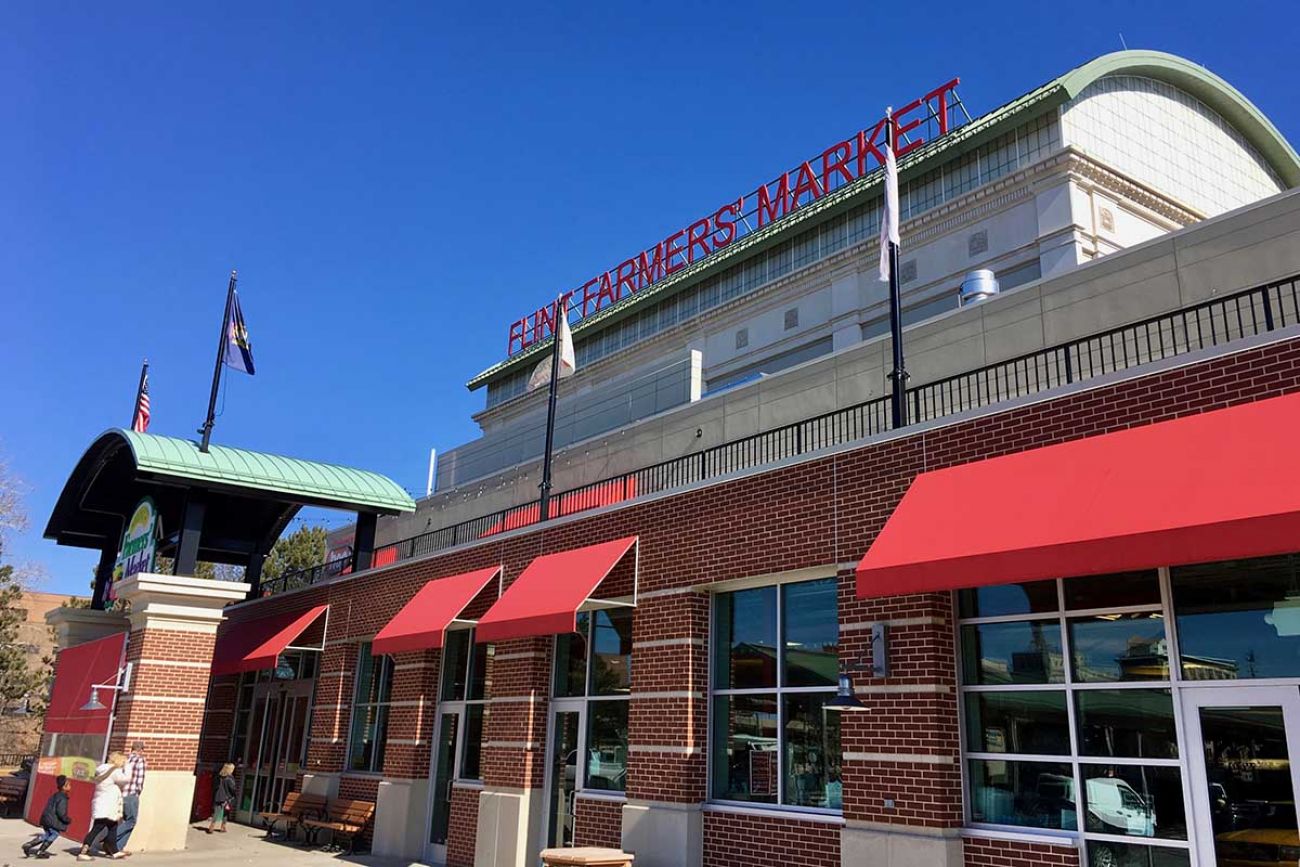 Her research includes interviews from residents who say they wanted to improve their own diets and keep their kids healthy. They generally knew which foods were healthy, Cohen said, and Double Up made them more affordable.

“People just gave these incredibly compelling stories over and over again,” she told Bridge. “Some people were literally giving quotes like ‘Double Up saved me’ and getting the incentive to spend on fruits and vegetables ‘felt like hitting the lottery.’”

The program also helps farmers. Farmers’ markets enrolled in Double UP sales increased their share of SNAP sales by more than 64 percent from 2010 to 2015, Michigan State University researchers wrote following a 2017 study of the program.

Statewide, that translated to an extra $240,000 over that period. Survey data showed most participating farmers — largely small operations — believed the program increased their income and customer base. 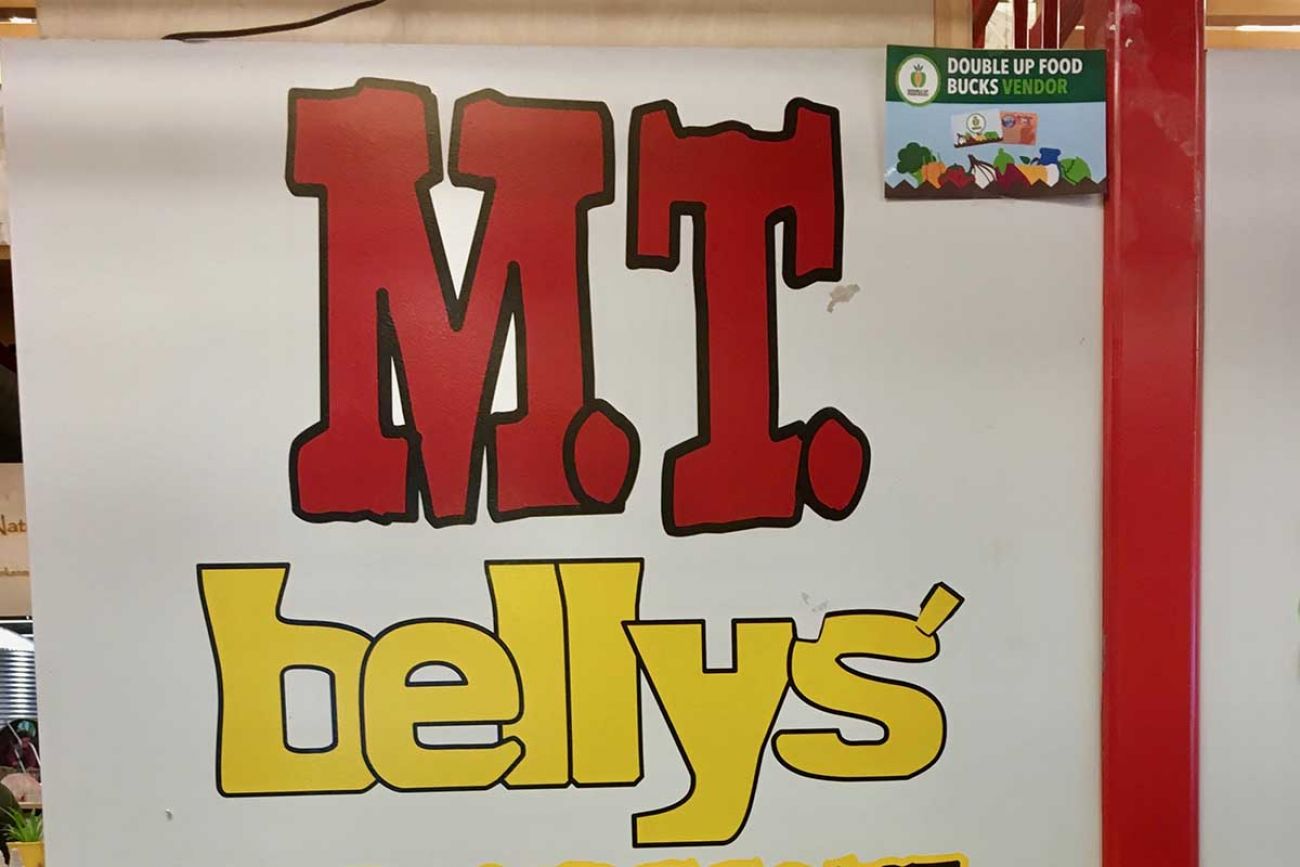 “It’s really helped us, because obviously those people that have to buy Michigan-grown stuff have to come back to us,” Jennifer Schlueter, a Sanilac County farmer, told Bridge as she sold fruits and vegetables along with maple syrup, eggs and honey at a Flint Farmers’ Market stand.

Erin Caudell — operations manager of the Flint Fresh Mobile Market and a grower of turnip greens, spinach, kale and other crops on a farm just outside of the city — said the program is clearly “a benefit over all.”

But her sales have dropped after the program began allowing Flint residents to buy items not grown in Michigan, bringing more competition.

Still, Caudell sees the wider benefits of the expansion.