Celebrated by author Ernest Hemingway, enshrined decades ago as Michigan’s state fish, the brook trout has been through some choppy political waters of late.

In 2017 — after persistent lobbying by Upper Peninsula anglers and sports groups — a state commission doubled the daily catch limit for brook trout in 33 streams that stretch more than a thousand miles throughout the U.P., from five fish per day to 10.

Then it was back down to five, when the state Natural Resources Commission in late 2018 inadvertently voted to remove those streams from a wide-ranging order covering several fisheries regulations. That vote was the apparent result of a clerical error buried in a 96-page document.

The NRC again returned to catch limit to 10 in April last year’s trout season, a vote it reaffirmed in November. That came despite opposition from groups like Michigan Trout Unlimited and against recommendations of Department of Natural Resources director Daniel Eichinger and staff. Trout Unlimited sued the NRC a couple weeks later, seeking to block the higher limit. Its concern: A higher limit could jeopardize longer-term brook trout populations.

Then, earlier in January, the NRC again reversed course and set the limit back at five. For those keeping score: That’s a head-spinning four changes in the brook trout catch limit since 2017.

Depending on who you talk to, the latest decision is either a victory for science and conservation – or a slap in the face of Yooper anglers. 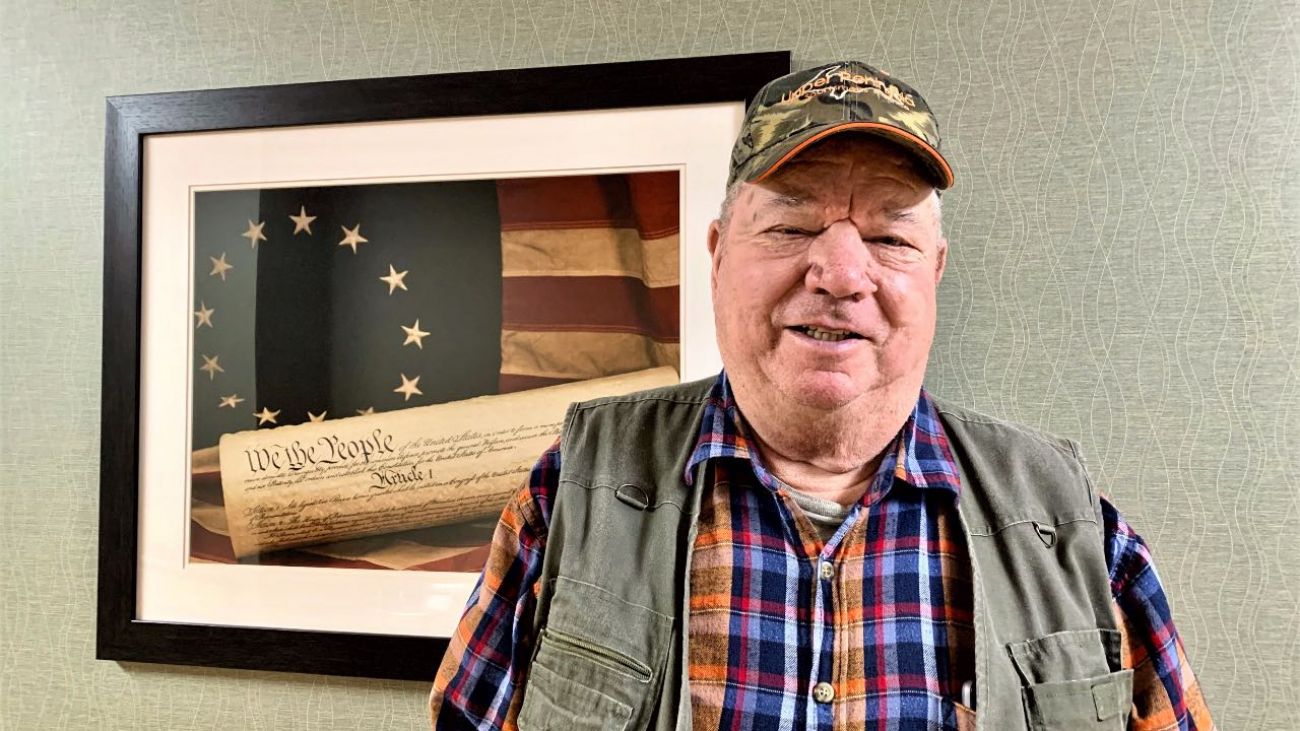 “What do I think about this? I’m not very happy at all,” said U.P. resident Tony Demboski, former chairman of the Upper Peninsula Sportsmen’s Alliance. The group for years advocated raising the daily brook trout limit to 10 on select U.P. streams, contending it would be good for anglers and tourism – and have little or no effect on trout population in those remote waters.

A veteran angler, Demboski said he fishes to eat. And as a practical matter, he says, brook trout tend to be small (those in streams tend to reach seven to nine inches long). So if you want a meal or two, he says, you need a bunch.

“If you go fishing, five little brook trout is hardly worth anything. If I sit down for breakfast, I would need at least three.”

Bryan Burroughs, executive director of Michigan Trout Unlimited, has a contrary view of the NRC decision.

“We are a conservation group first and foremost. We care about anglers. But this decision is wonderful for brook trout.”

The Jan. 9 NRC vote came after the commission emerged from executive session to discuss the Trout Unlimited lawsuit.

Burroughs cited the departure of former NRC Chairwoman Vicki Pontz of Portland – whose term expired in December – and Gov. Gretchen Whitmer’s appointment that month of Commissioner Anna Mitterling of Mason – as key factors in the commission’s most recent reversal. Pontz voted in November to back the 10-fish limit. Mitterling voted to reset the limit at five.

Commissioner Chris Tracy was among the two who voted to keep the limit at 10, along with former DNR Director Keith Creagh. Tracy told Bridge he’s not convinced there’s strong evidence that a higher limit is bad for the fish.

“I don’t know the science is super-strong one way or another,” he said. “I don’t know that there’s been an arduous study of any one stream to say exactly what the right number is. Why not five or 10? Why not one or zero?”

At the January meeting, Tracy said he was uncomfortable with the fact that the NRC vote to again reduce the catch limit came on the heels of a lawsuit against the commission.

What do I think about this? I’m not very happy at all. I think the U.P. got thumbed." — Upper Peninsula angler Tony Demboski

“The commission is sued a couple months ago. Our response to that in fairly short order is to cave to what the Trout Unlimited wants, which is to go back to five brook trout rather than 10,” he said.

But Mitterling, the new commission chairwoman, told Bridge the evidence does indeed support a lower limit.

“There just isn’t a strong scientific basis that supports keeping a limit of 10 for brook trout. There’s a risk there to the population which we don’t want.”

Trout is so beloved it became the state fish in 1965.

Then 23 years later, lawmakers bestowed that title solely on brook trout, a native to the cold, clean streams of the U.P. and northern Lower Peninsula. Many anglers prize the brook trout as much for the remote pristine home waters in which they swim as for the fish itself – which they often release to stream after reeling it in.

It’s also gained near-cult status among some anglers in the wake of Hemingway’s masterful depiction of U.P. trout fly fishing in his 1925 short story about a World War I veteran, “Big Two-Hearted River.” Scholars and anglers who know their geography agree the actual waterway depicted in the story is the U.P.’s Fox River.

In 2000, the NRC, which sets rules enforced by the DNR, set a daily catch limit of five brook trout for all of Michigan, including the U.P.’s 22,000 miles of small streams.

But in 2012, some NRC members began calling for higher brook trout limits across U.P. streams. Two U.P. commissioners who have since left the board — J.R. Richardson and John Matonich — were among the leading voices. Their calls prompted four years of DNR research at a cost of nearly $200,000.

The DNR study released in 2016 concluded that raising the limit to 10 brook trout “has potential to deplete local [populations]” of trout.

That study looked at seven pilot U.P. streams from 2013 through 2016 that were given a 10-trout limit. It found diminished numbers in the third or fourth year in most of the streams. 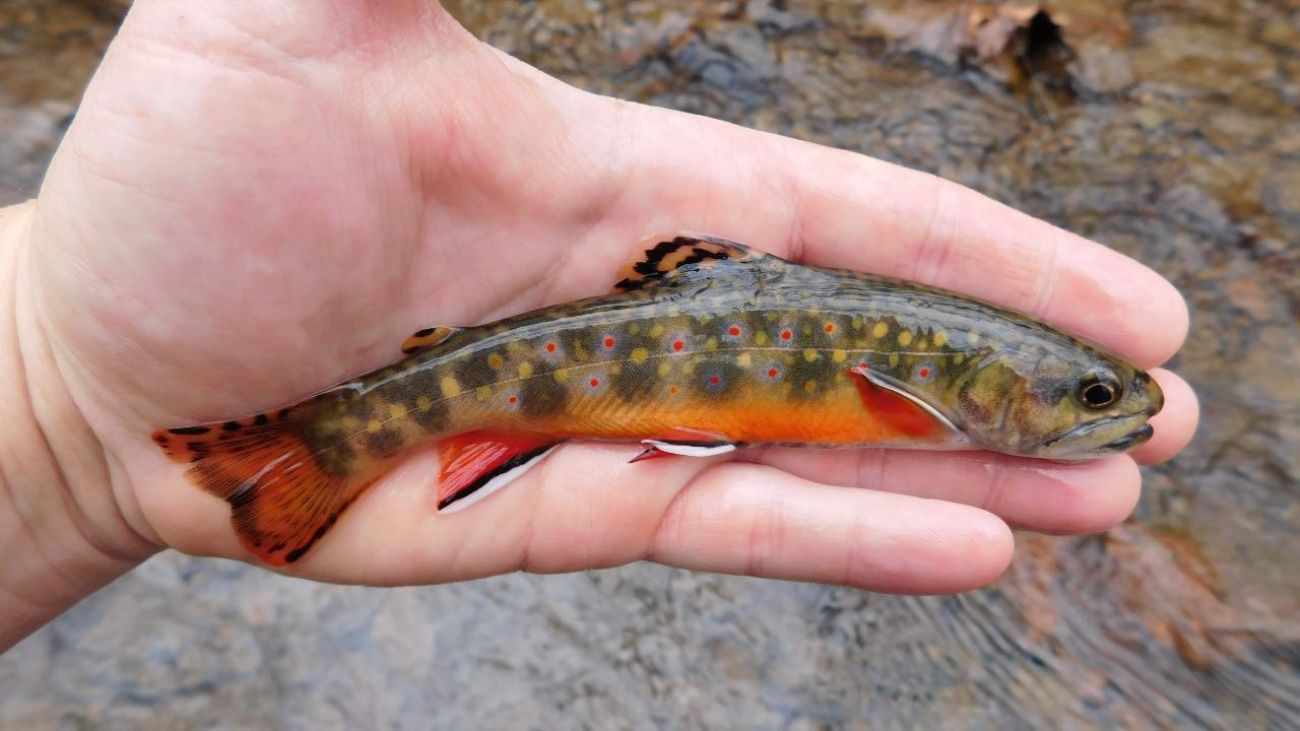 Dave Nyberg — the only U.P. resident on the commission — also voted to return the limit to five.

“The NRC has a mandate by the people of Michigan to make decisions based on sound science,” he told Bridge Magazine. “It was logical to me the best decision for the resource was not to increase the limit where we are seeing the population go down.”

Brad Petzke, owner of Marquette-based Rivers North Guide Service, has guided anglers for 20 years on fly fishing trips through the length and breadth of the U.P. In 2012, he said, he gathered a couple thousand signatures from Michigan residents opposed to the proposed 10-trout limit then under consideration.

So it’s no surprise Petzke said the NRC did the right thing by a fish prized by his customers, most of whom are catch-and-release anglers.

“Once a large amount of fish is kept out of spawning-age class fish, it limits the amount of adult brook trout in the river. You would see a definite crash in the population.”

He added: “The brook trout is one of Michigan’s only native trout. I have people who travel from all over the United States just to fish for brook trout in the U.P.

“Of all the species to protect, the brook trout is indeed number one for me and my customers.” 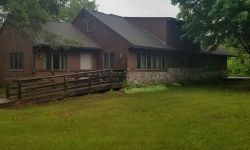 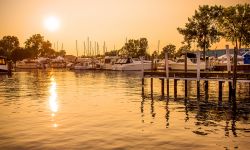 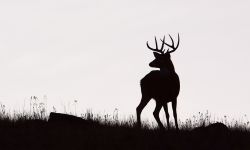