LANSING — A decade after PFAS chemicals were first discovered in Michigan’s waters, the state has approved rules dictating the highest levels of the contaminant allowed in drinking water systems.

It’s the first time in the state’s history it has set its own enforceable maximum contaminant levels that regulate chemicals in public water. Usually, that process is handled at the federal level. But the Environmental Protection Agency has been slow to move on setting a nationwide standard, and Democratic Gov. Gretchen Whitmer directed the state Department of Environment, Great Lakes and Energy last year to make state-level rules on an expedited timeline.

“This is very, very positive,” said Steve Sliver, director of the Michigan PFAS Action Response Team, which oversees PFAS response in the state.

The rules are “very science-based” and came together “absent anything happening at the federal level and doing it on an aggressive, accelerated time schedule,” Sliver said.

The new guidelines were approved Thursday by the Environmental Rules Review Committee, over the objection of industry officials, who said they were rushed.

“Our biggest concern at the outset and in retrospect is the rules’ firm and short timeline,” said John Dulmes, executive director of the Michigan Chemistry Council, which represents the chemical industry in the state.

This process “seemed highly unusual and, frankly, unreasonable given the complexity of the issue,” he added.

Laura Campbell of the Michigan Farm Bureau testified that while the group doesn't oppose the rules, the limits could have a major cost impact on rural areas and small municipalities that may have to adjust their water systems to comply with the rule. 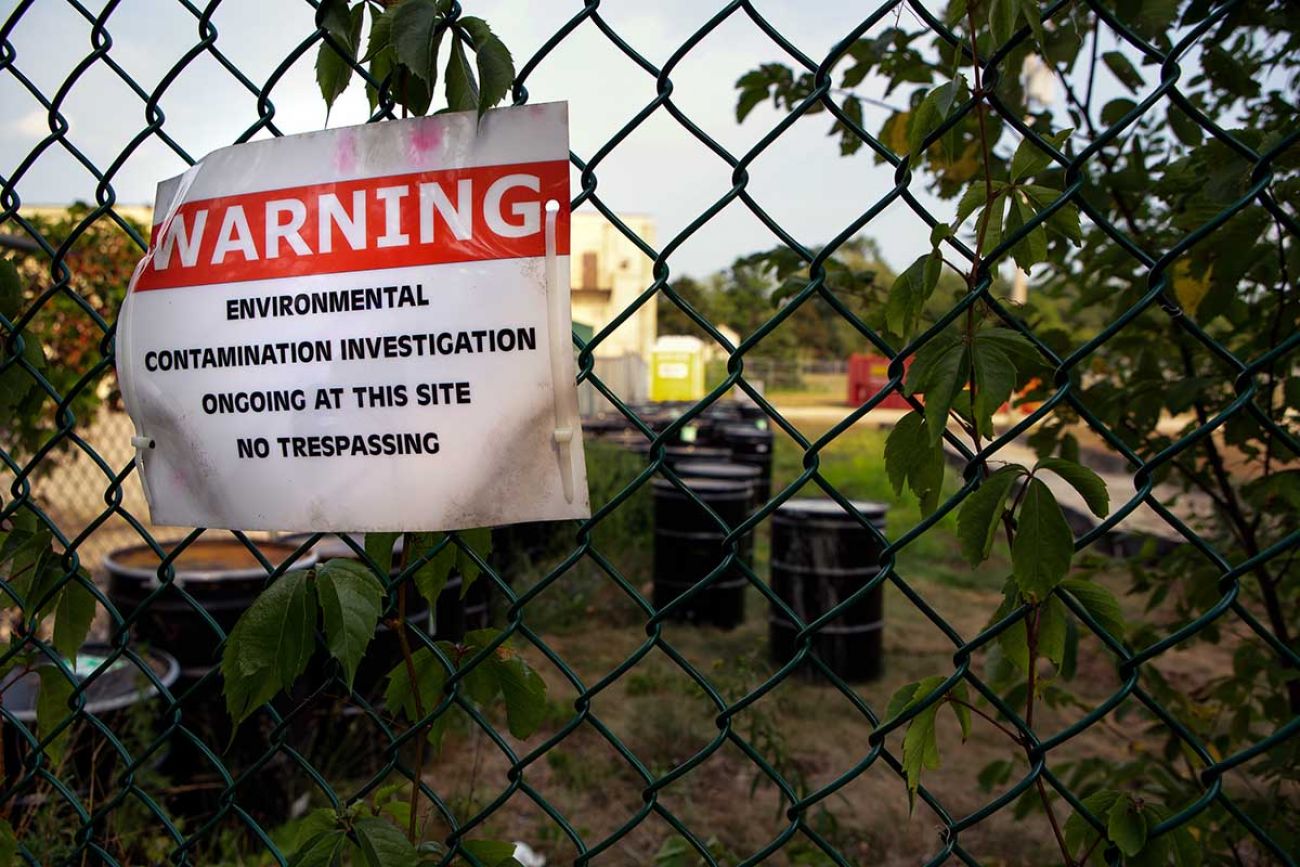 There are 162 known PFAS contamination sites in Michigan. In places where the U.S. military caused pollution, military officials have so far rejected community pleas to comply with Michigan’s PFAS cleanup standards. (Photo by J. Carl Ganter, Circle of Blue)

Known as PFAS, per- and polyfluoroalkyl substances are a family of more than 4,000 chemicals typically used to make products nonstick, waterproof or fire retardant. Known as “forever chemicals,” they don’t naturally break down over time and are known to increase the risk of cancer, immune disorders, infertility among women and thyroid disease.

The rules won’t go into effect until the rule-making process is complete around April. Once the rules are finalized, they’re expected to spur action to protect drinking water for the nearly 200 public drinking water systems and schools that have been found to have PFAS in the water.

Until now, the state has relied on the EPA guidance of 70 parts per trillion as a cap in drinking water, which is much higher than Michigan’s proposed limits.

The state’s rules would regulate seven types of the chemical:

Those numbers were recommended to the committee after a three-month review conducted last year by a group of scientists led by an epidemiology professor at Brown University, David Savitz.

The rules will apply to around 2,700 public water supplies across Michigan, according to state officials. Private wells — such as those contaminated with PFAS in west Michigan — will not be covered by the caps. About 1.9 million Michiganders are expected to have been exposed to PFAS in their drinking water at sites around the state.

The state received 3,400 public comments on the proposals, and more than three-quarters of those supported the new limits.

“We feel [these standards] are protective of public health,” said Eric Oswald, director of drinking water for the Department of Environment, Great Lakes and Energy.

“We didn’t see anything [in the public comments] that took us off the rules that we had.”

A handful of other states, including New Jersey, New Hampshire, Vermont and New York, have moved to implement enforceable, more stringent PFAS levels than the guidelines provided by EPA.

During Thursday’s meeting, several raised concerns that they hadn’t had enough time to review the public comments; although the state had 30 days to review them, the committee members had about a week.

“To wait for perfection in a moving science field” is not a good choice, said committee member Helen Taylor, state director of the Nature Conservancy. “It’s really about taking informed action. It’s never going to be perfect.”

The Environmental Rules Review Committee itself was formed in controversy.

Created by Republicans in 2018, it’s been dubbed a “polluter panel” by environmental advocates because it contains a significant number of industry and business representatives and has oversight over rulemaking.

Whitmer attempted to kill the committee last year, but was met with resistance from Republicans in the state Legislature. The Senate shot down her executive order for the first time since 1977 in an early power struggle between the Democratic governor and Republican-led Legislature.

Despite their frustrations with the panel itself, environmental advocates praised its decision Thursday afternoon.

“The proposed standards for PFAS are a significant step in the right direction toward tackling the PFAS crisis in Michigan and ensuring communities have safe, clean water to drink,” said Nick Occhipinti, government affairs director for the Michigan League of Conservation Voters, in a statement.

“While there is more work to be done to protect the water of our citizens, these standards will lay an important foundation.”