As a lifelong West Michigan resident and avid beach walker whose hometown draws its drinking water from Lake Michigan, Arthur Hirsch has always loved spending time along the Great Lakes.

That’s how he spotted something worrying in the water three summers ago.

Thousands of plastic pellets littered the beach’s sandy shore, just a small sampling of the 22 million pounds of plastic waste that enters the Great Lakes annually, much of it in the form of tiny “microplastics” small enough to be ingested or embedded in flesh.

Hirsch had discovered nurdles, tiny plastic pellets that are melted down to create products ranging from clothing to water bottles.

“I was pissed that this unknown sourced plastic material was polluting Lake Michigan and my beach environment," said Hirsch, an activist with the West Michigan Chapter of the Climate Reality Project.

So he started researching. Now, Hirsch spends his free time giving presentations on the growing plague of plastic pollution in the Great Lakes, a problem he said “will only get worse in the Great Lakes and worldwide.” 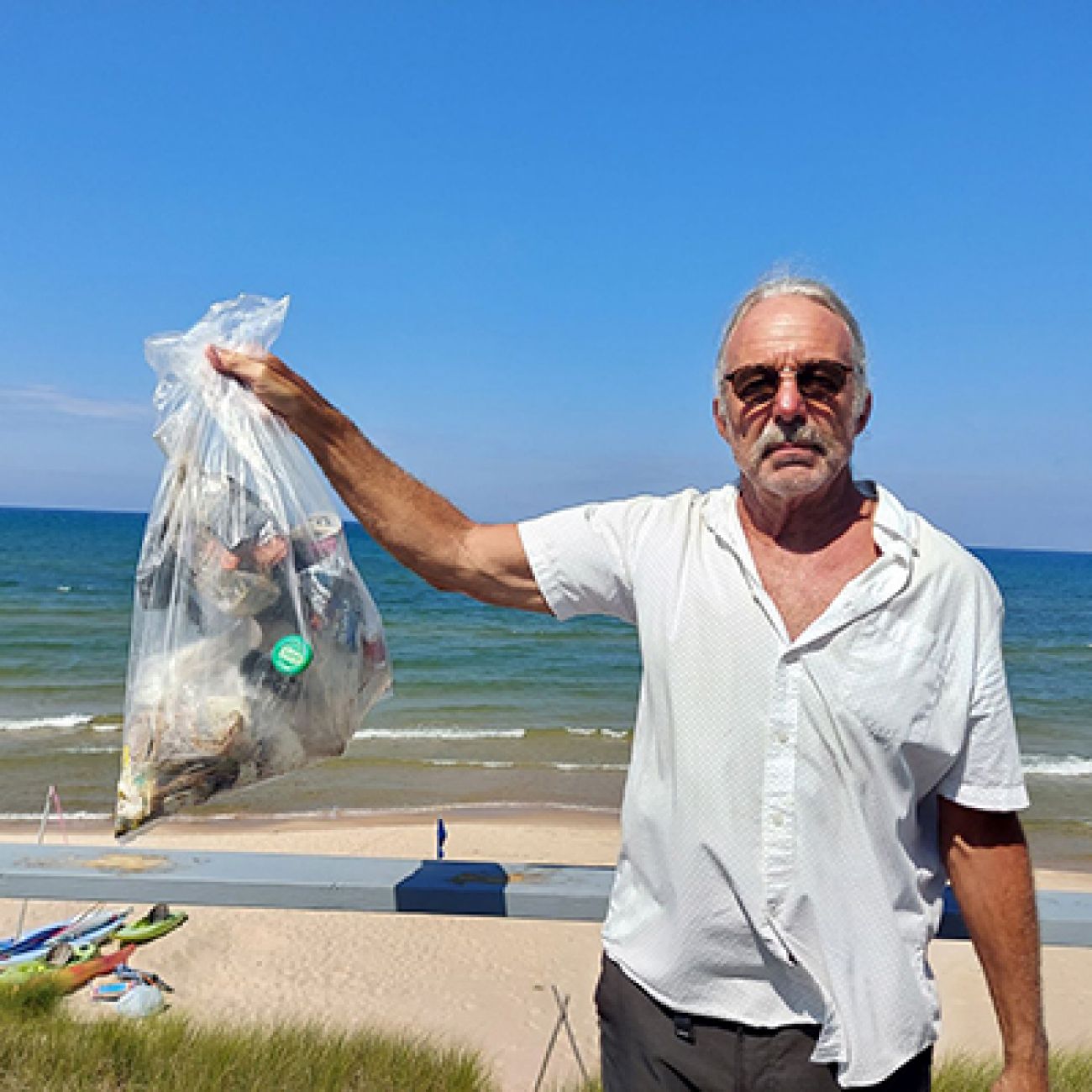 Art Hirsch stands with a bag of plastic collected from his local beach. First detected in the Great Lakes in 2013, microplastic pollution has become so widespread that plastic compounds have shown up in human breast milk and blood. (Photo courtesy of Art Hirsch)

As the problem becomes more evident along Michigan’s shorelines, researchers are racing to understand its effects on humans and wildlife, while state policymakers take incremental steps to act on a problem rooted in global supply chain dynamics.

Plastic waste is now so ubiquitous in the environment that it has turned up in human breast milk and blood. Research commissioned by the World Wildlife Fund found that widespread contamination in drinking water and food means some people may ingest a credit card-worth of microplastics every week.

Yet efforts to stem the flow of plastic waste remain almost nonexistent, said Sherri Mason, a Penn State Erie chemistry professor and plastic pollution researcher who was the first to identify microplastic pollution in the Great Lakes in 2013.

“There is money being funneled into research and cleanup endeavors and I'm very appreciative of all of it,” Mason said. “But that's not enough. If you see an overflowing bathtub, you need to turn off the tap, not clean up the bathtub.” 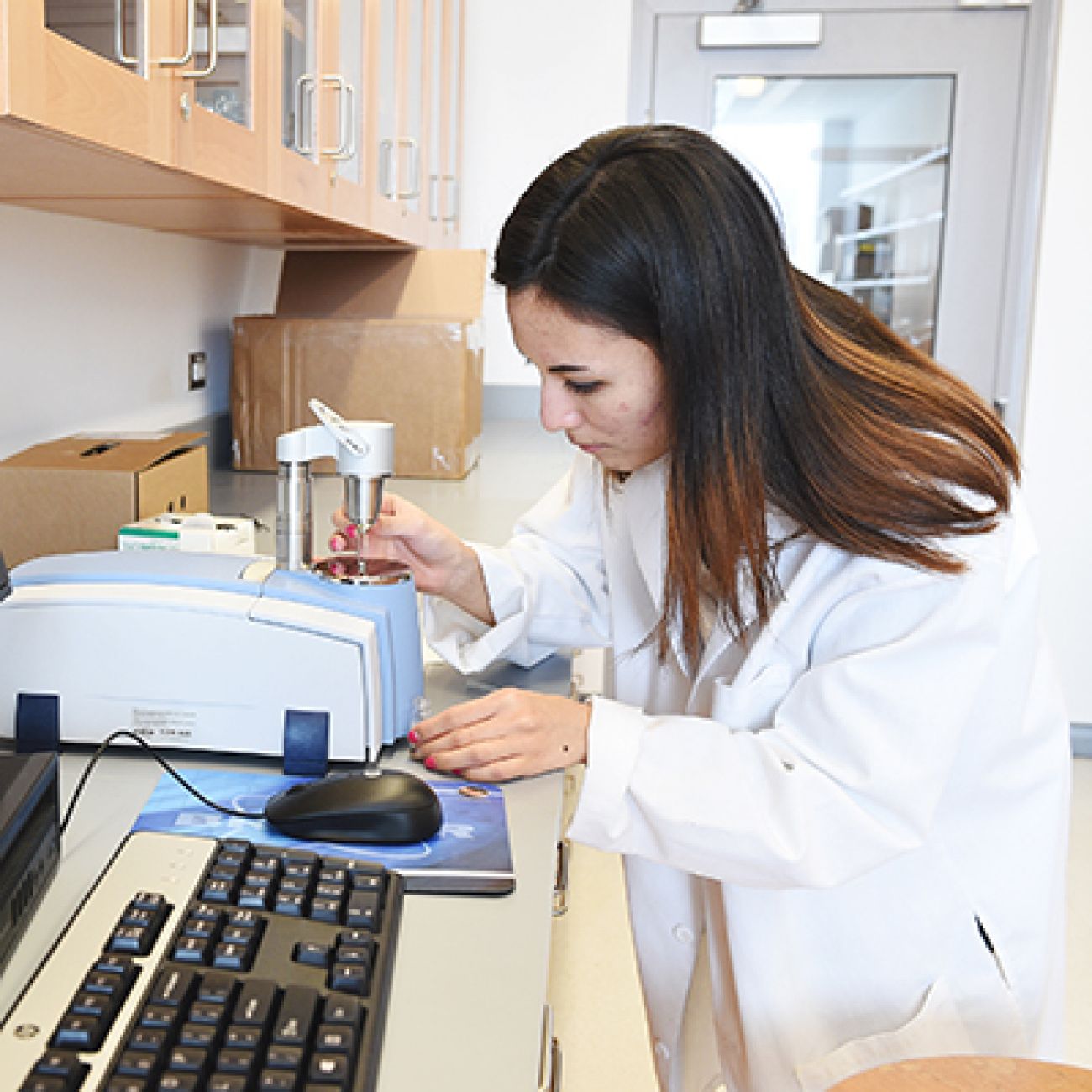 Researcher Joylyn Kovachev uses a device called an FTIR spectrometer to identify the polymer within a plastic particle in a lab at State University of New York at Fredonia. Exposure to microplastics can affect animals’ reproductivity, memory and learning. Now scientists are scrambling to study how plastic ingestion affects human health. (Photo courtesy of Sherri Mason)

Microplastics come from various sources, including litter like nurdles and water bottles, as well as wear-and-tear on the plastic products that seem ubiquitous in everyday life. Polyester fleece blankets and shirts release plastic into wastewater with every wash. Car tires emit a plastic dust as they wear against road surfaces.

Though scientists have been tracking microplastics in the ocean since the 1970s, their 2013 discovery in the Great Lakes raised a new alarm. The lakes provide drinking water for 40 million people in the U.S. and Canada, while supporting an entire food web that sustains commercial, tribal and recreational fishing economies.

They fear society is disregarding a major environmental and health hazard, said Rodrigo Fernandez-Valdivia, an assistant professor in the School of Medicine at Wayne State University who spoke at the meeting.

“At some point, this may overcome us, as humans,” Fernandez-Valdivia said. “We need to not finger-point at countries and regions, and recognize that this is a global problem.” 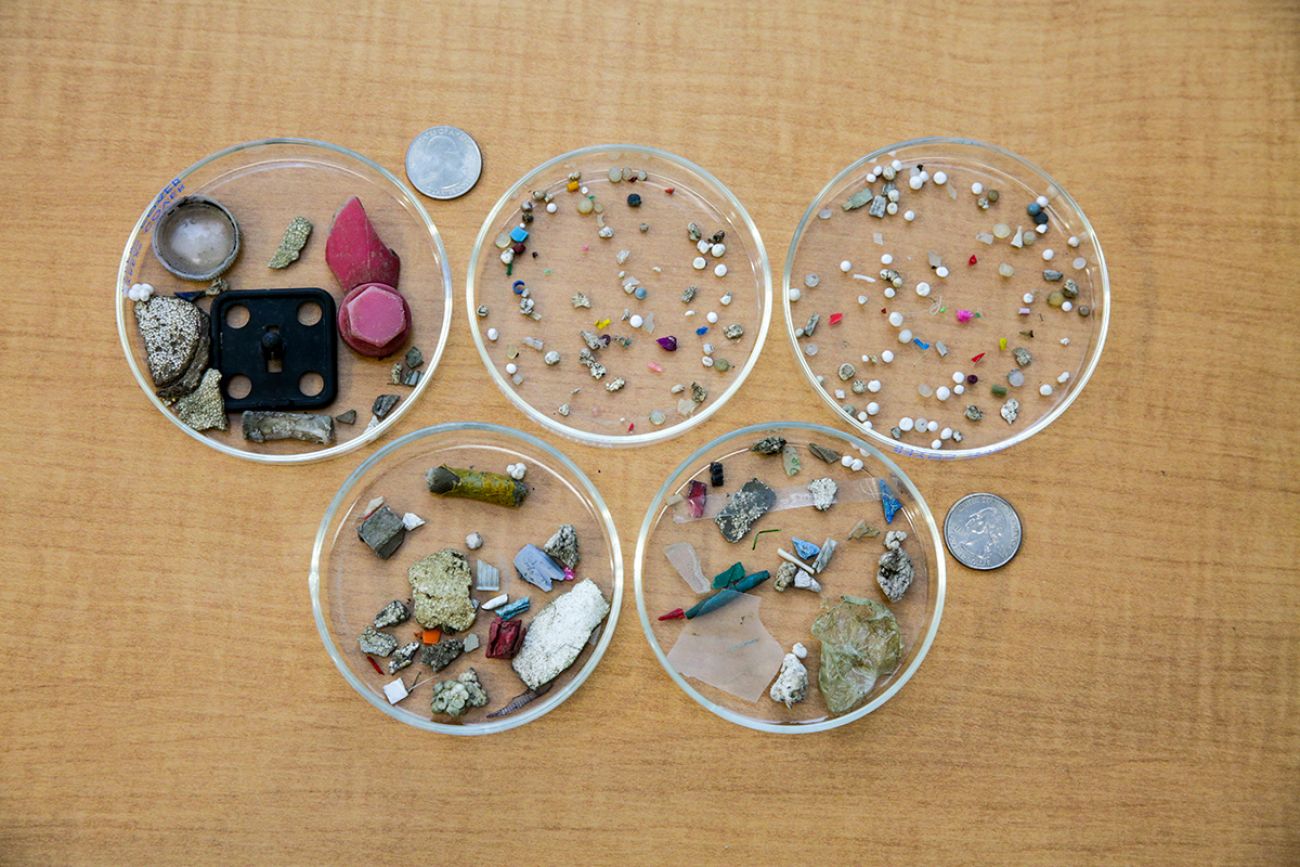 Despite support from the public, policies shaping microplastics have had little effect and are often not enough to curb the amount that enters the Great Lakes, activists say. (Photo courtesy of Sherri Mason)

Fernandez-Valdivia is part of a contingent of researchers in Michigan and nearby states studying how exposure to those compounds is affecting human health.

Evidence from research on animals is worrying.

Kennedy Bucci, an ecotoxicologist at the University of Toronto, found that fish larvae exposed to polyethylene, a polymer used in plastic bags and bottles, were smaller, lighter, and more likely to die.

“It was quite concerning,” Bucci said. “The eggs the females were laying had thinner egg shells, which meant the offspring were more likely to become deformed as they grew into larval fish.”

Mice that consumed microplastics showed impaired learning and memory behavior, breaking down a feature of the central nervous system known as the “blood-brain barrier” that is critical for keeping brains healthy.

“These compounds can have noxious effects on brain development and function,” Fernandez-Valdivia said.

Comparatively little is known about how microplastics affect human health. Research has shown they are capable of damaging cells, resulting in allergic reactions and cell death. Fernandez-Valdivia, whose research focuses on how environmental factors like plastic exposure can cause human cells to change, said microplastics could also affect male fertility and infant development.

“This isn’t going to be a one-generation type of problem,” he said. “It will be a multi-generational problem.”

Advocates say the best way to avert those risks is to eliminate plastic from supply chains.

Instead, society’s plastic dependence is only growing.

According to the Organisation for Economic Co-operation and Development, plastic waste globally is expected to triple by 2060. The COVID-19 pandemic supercharged that trend, prompting people to turn to single-use takeout containers and masks in an effort to avoid germs. And companies that have publicly pledged to curb their plastic waste, such as Coca-Cola, have sometimes failed to do so.

“We have people who say ‘We’re going to reduce the amount of plastics,’” Hirsch said. “But they’re so embedded in our society, plastics create jobs at this point. So that’s going to hurt the economy too. There is no easy solution.”

The Plastics Industry Association did not respond to multiple interview requests from Bridge Michigan.

“It’s a strong, nonpartisan issue that unites constituents,” Occhipinti said. “Something that they can talk about in a town hall or a coffee hour in a way that all heads are nodding.”

But so far, lawmakers have taken only marginal steps to rein in plastic waste. Most notably, Congress in 2015 passed legislation phasing out the sale of personal care products containing microbeads.

The move made headlines but did little to address the microplastics scourge: Microbeads in personal care and cosmetics products make up only up to 1.5 percent of all marine plastic debris, according to a 2016 report from the United Nations Environment Programme.

Efforts in Michigan have received even less traction.

Both efforts have stalled in a Legislature that has until this most recent election been controlled by Republicans, frustrating Pohutsky and Irwin on Michigan’s ability to pull off more ambitious reforms.

“This is going to have large-scale environmental impacts, because it’s showing up pretty much everywhere,” Pohutsky said. “We need to try and address this as aggressively as we can before it gets any worse.”

Irwin blames industry lobbyists who “run our legislature,” avoiding accountability for the pollution they create while profiting off plastic.

“I think it’s fundamentally ugly to let citizens eat the cost of this,” he said.

With comprehensive policies off the table for now, state environmental regulators say they’re focused on educating the public and policymakers about the dangers microplastics pose, while consumers and water plant operators are left searching for ways to strip away the compounds before they enter our taps.

It has created a cottage industry of filtration technologies, from special washing machine filters that keep fleece clothing fibers from escaping down the drain, to floating garbage cans that collect plastic shards in the Great Lakes.

But Occhipinti, of the Michigan conservation group, said most wastewater and drinking water plants still aren’t capable of filtering out the smallest plastic particles, leaving consumers at risk. And those technologies aren’t much use to the fish and wildlife that live in the lakes.

Absent new laws to keep plastic out of supply chains, Occhipinti said Michigan regulators could do more to crack down on littering — something that can be done without changing the law.

All of it leaves Mason, the scientist who first discovered the Great Lakes microplastics problem, feeling frustrated and angry.

“Ninety-five percent of all species that have existed on this planet have gone extinct, and we are working ourselves in that direction,” she said. “If humans want to still be here, then we need to grow up and act like it.”