Concerns about Michigan water quality continue to bubble up in the Great Lakes State.

From PFAS to lead, Line 5 to Nestlé, agricultural runoff to Asian carp, Michigan faces a host of expensive questions on how to best manage the state’s lakes, streams and water systems.

Residents also say they view the state’s natural and drinking waters as essential to the state’s economic prosperity, public health and way of life.

The findings emerged from The Center for Michigan’s “Your Water, Your Voice” public engagement campaign last fall. From September through November, the center gathered input from more than 3,100 residents who participated in a statewide poll, attended more than 20 town halls and solutions summits or responded to a Bridge reader survey.

A copy of the “Pure Waters” report will be delivered to every state-level elected official to amplify the sentiments of ordinary residents directly to state leaders.

Participants pointed to high-profile water contamination issues, including the Flint water crisis and an increasing number of water systems containing potentially harmful levels of per- and polyfluoroalkyl chemicals, a group of chemicals known as PFAS used in nonstick household products including Teflon that has been linked to serious health effects.

“How do I know what’s going on when I go to other places?” one resident asked at a town hall. “When I go out of town, I usually use bottled water because I don’t know what’s coming out of that tap. How can we have faith and trust when you’ve heard so many bad stories?”

With distrust in drinking water commonplace, public support for water testing and remediation was high. 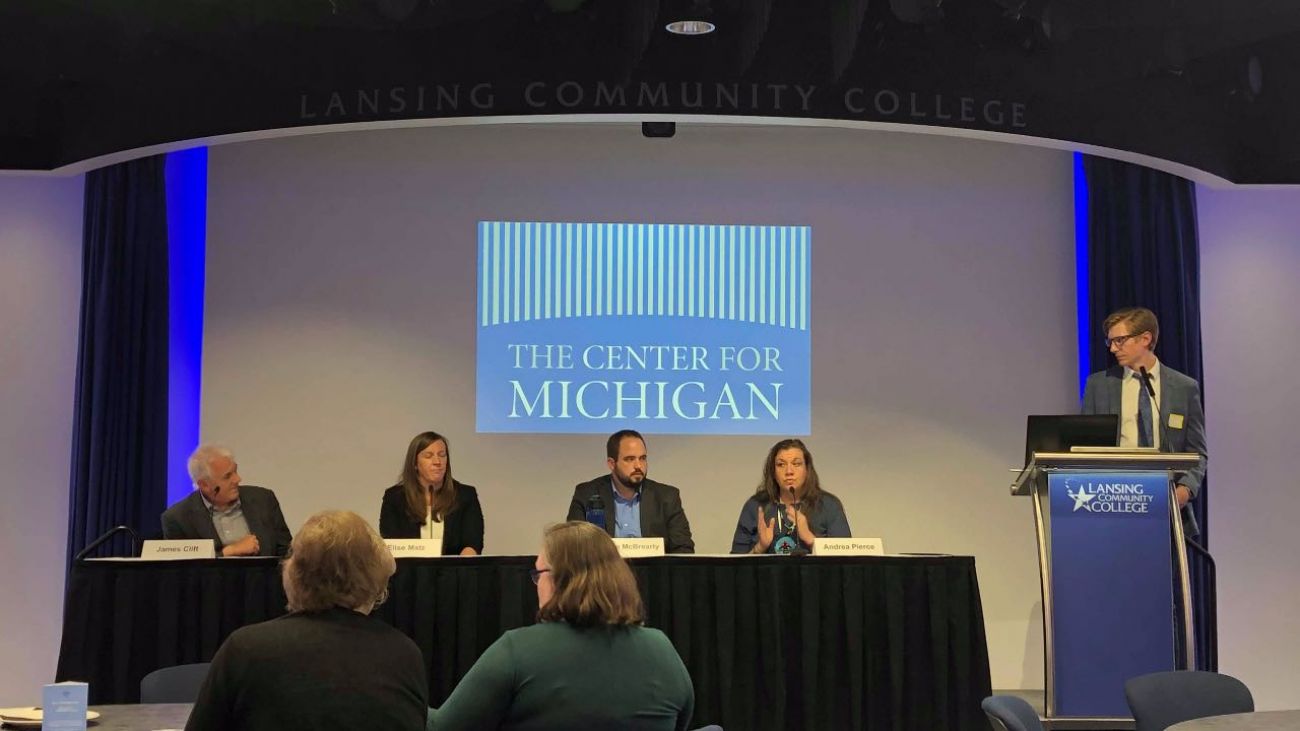 Nearly 7 in 10 residents in the survey say the Great Lakes are in good or great shape. Respondents had more skepticism about the quality of inland lakes and rivers — just over half said they are in good condition.

When it comes to protection of the state’s waterways, poll participants supported the state implementing tighter water quality regulations, including:

If tradeoffs must be made between environmental preservation and economic development, most Michiganders polled said they prioritized protecting water quality.

“We should be thinking about both the environment and the economy,” one resident said, “since a clean environment means a booming economy.”

Last year, the state adopted a law dictating that Michigan regulations cannot be more stringent than those set by the federal government, unless the state shows a “clear and convincing” need due to “exceptional circumstances.”

Three in 5 poll respondents said the state should repeal this law.

“We always hear from politicians about state’s rights— what we have as a state is unique,” one resident said. “With 80 percent of the [nation’s] freshwater, we should have stricter protections than other states to protect it.”

Michiganders also say they want the state’s crumbling infrastructure repaired but some worry about the costs.

In 2016, the state’s Infrastructure Commission identified a $1 billion annual funding gap for the state’s public water infrastructure. The quality of the state’s water systems, such as stormwater and drinking water pipes, received a C to D- grade from the American Society of Civil Engineers, depending on what part of the system is evaluated. Michigan’s roads scored a D-.

Nearly 9 in 10 residents polled said this gap should be fully funded. (Respondents were not asked if they were willing to pay higher taxes for this infrastructure work.)

“There is a cost of not doing things,” said one resident. “There is an economic cost for brain damage from lead in water. Pay now or pay later.”

Residents who opposed increased funding for water infrastructure want local or federal funds to cover infrastructure, or said the state could decrease costs over time by learning “good practices and bring these costs down over time.”

Some residents who opposed affordability programs said communities should address their own infrastructure needs without state involvement.

Six in 10 respondents support increased government oversight of private wells and septic tanks. Michigan is the only state in the nation without a unified septic code, and leaking septic tanks can contaminate surface water and wells with E. coli to the detriment of public and ecological health.

“If you don’t make people maintain these systems, they won’t,” said one conversation participant. “People will get sick. Increase regulations to keep everyone safe.”