A few dozen protestors began chanting at the Michigan House on Wednesday, demanding that lawmakers repeal a 1931 law that could ban abortion in the state. The protestors did not get their wish. (Bridge photo by Jonathan Oosting)
June 8, 2022
Jonathan Oosting (Email)
Michigan Government
Michigan abortion laws

LANSING — A few dozen abortion rights activists protested in the Michigan Capitol Wednesday, urging lawmakers to repeal a 1931 abortion ban in a demonstration that resulted in one arrest.

The young man, who later identified himself as Cameron Lee of Detroit, said he was charged with trespassing after protesting in the gallery of the Michigan House. Officers confirmed the arrest but did not immediately provide details.

Lee denied that he acted violently toward police but said he had been prepared for a potential arrest because he and other activists intentionally disrupted the proceedings in an attempt to make their voices heard. 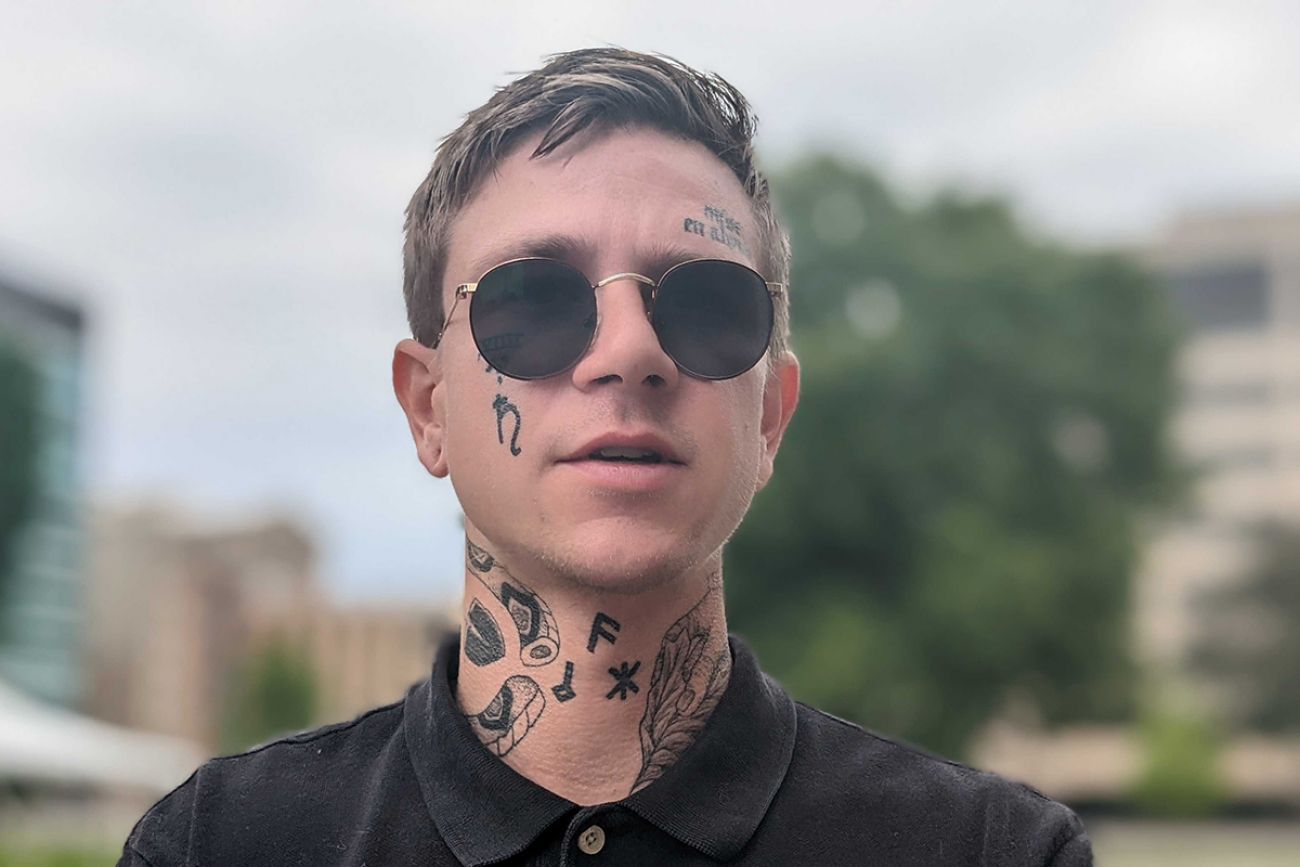 Cameron Lee says he was arrested on Wednesday during a protest at the Michigan House. (Bridge photo by Jonathan Oosting)

"It was a risk I was willing to take," he told reporters after police released him on a "appearance ticket" that will require him to attend a future court hearing. "We thought about it before. We had lawyers here and everything."

The group, The Michigan Coalition for Reproductive Liberation, is urging the Republican-led Legislature to scrap a decades-old law that would make abortion illegal in Michigan in the event Roe v. Wade is overturned by the U.S. Supreme Court, which could happen as soon as this month.

"We want to take it off the books," organizer Zora Monico of Detroit told Bridge Michigan. "That's the only way to protect ourselves."

The protest was "not nearly as aggressive" as it could have been given the threat to "bodily autonomy" the abortion ban represents, she said. "All we're doing is getting in their faces. They have the minority opinion. They're not acting as our legislative leaders."

Michigan has "one of the strictest abortion bans in the country," and "the only thing we're doing is getting in their faces," said Monico, referring to GOP legislators who have long opposed legal abortion.

Lawmakers were in the middle of a vote on self-serve alcohol dispenser legislation Wednesday afternoon when protesters interrupted the proceeding with chants of "hey hey, ho ho, abortion bans have got to go" and "two, four, six, eight you can't make us procreate."

State Rep. Pamela Hornberger, R-Chesterfield Township, warned protesters to maintain decorum and eventually directed the House sergeant at arms to clear the gallery, a process that led to the arrest.

State Rep. Beau LaFave, an Iron Mountain Republican who has promised to defend the "strongest pro-life law in the country” in court, said he supports the First Amendment right to free speech but believes more protesters should have been arrested Wednesday.

"They attempted to interrupt the proceedings of the House of Representatives. "They did. They should all be prosecuted to the full extent of the law,”  LaFave told Bridge Michigan after the House session.

Zori Martinez, a protester from Ypsilanti currently living in Detroit, left the Capitol discouraged by the response from legislators, who continued with floor votes on Wednesday afternoon after officers forced protesters out of the House gallery.

"I think that they heard, but I don't know if it was a message received," she said. "It kind of seems like we were bothering them, when they didn't really seem to care."