Once a year, Sen. Gary Peters and an entourage of leather-clad, bearded supporters ride motorcycles throughout Michigan.

It’s perhaps the flashiest thing about the first-term Democratic senator from Bloomfield Hills, who at a recent campaign stop, descended from his Harley and swapped out sunglasses for his wire-framed specs to tour a Lansing-area brewery.

Political consultants describe the 62-year-old as “low-key” and “studious” with “a neighborhood dad persona.”

In a political year packed with vitriol, some observers say Peters’ personality may appeal to weary moderates who crave stability and have had enough drama. But Peters’ big challenge may be that, despite decades in public office, he began his campaign not very well-known in Michigan, according to polls.

“Gary Peters is obviously an incumbent, and he won by a lot last time. So by our traditional models, he shouldn’t be all that threatened,” said Matt Grossmann, director of the Institute for Public Policy and Social Research at Michigan State University.

Peters is running in one of the tightest Senate races nationwide. National Republicans backing Peters’ opponent, businessman John James, see his seat as one of only two that could be flipped to their side in a year where they’re fighting to hold on to their 53-seat majority.

Peters announced Saturday he’s in self-quarantine until Oct. 14 “out of an abundance of caution” after being potentially exposed to the coronavirus, but testing negative for the illness.

He has consistently had a slight edge in the polls, but James has just as reliably outraised him. The race is on track to cost about $100 million in spending between the campaigns and outside groups, according to the Michigan Campaign Finance Network. 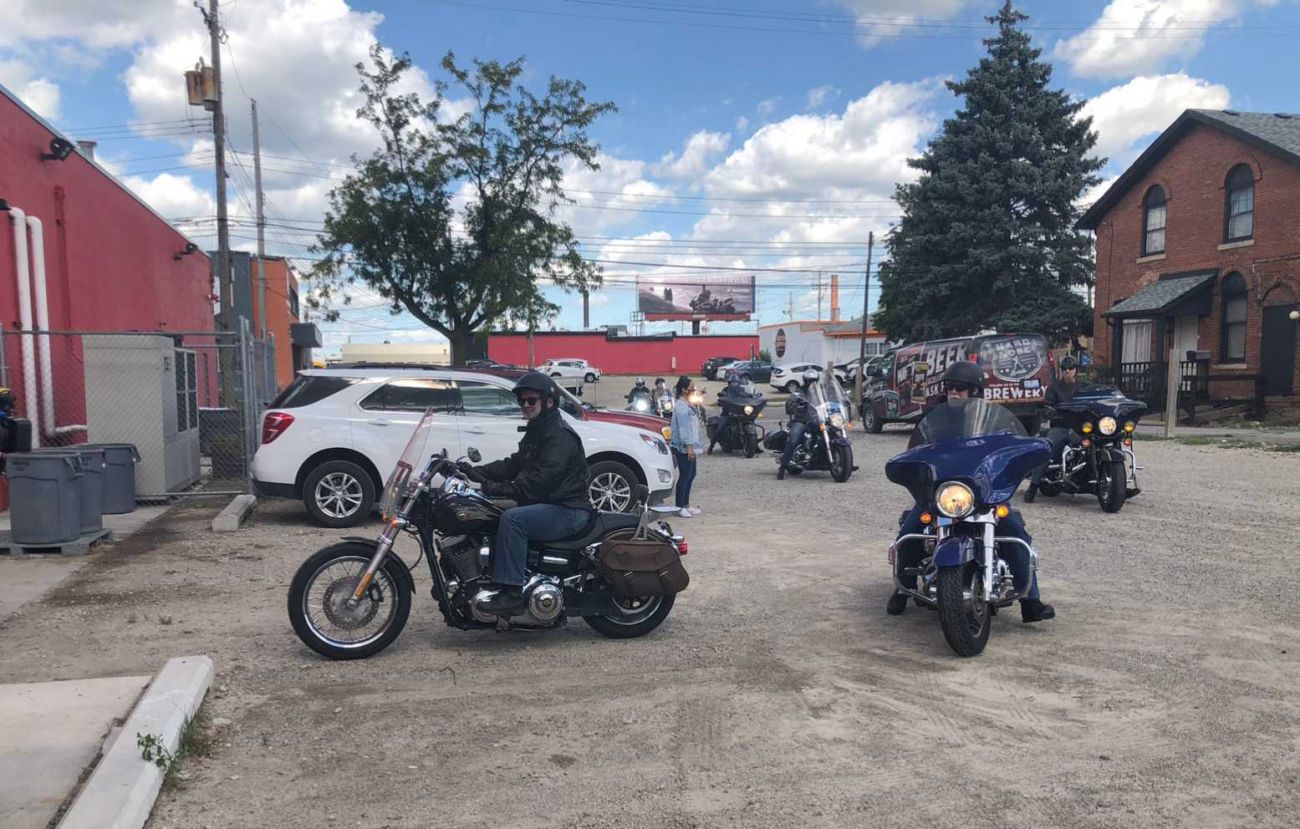 Republicans say Peters is a classic Washington pol who has spent decades in various offices and has few signature accomplishments, while Democrats tout him as an effective legislator who is able to work with Republicans.

He isn’t concerned that some may find him dull.

“It’s pretty clear that what voters want is someone who rolls up their sleeves and gets the work done,” Peters told Bridge Michigan in an interview.

Peters credits his parents with helping him become a Democrat. He grew up in Rochester Hills, where his father was a public school teacher and his mother worked as a nurses’ aide.

His mother rallied fellow workers to form a union because they were “underappreciated and underpaid,” Peters said. Management tried to split her off from organizers by offering her more pay, but she refused. She went on to be a union steward, Peters recalled.

“My parents instilled in me those values of hard work, of integrity, and also the fact that you’ve got to constantly stand up for your rights,” he said. “No one is going to give them to you — you’ve got to stand firm and make sure that justice prevails.”

When he headed to Alma College in 1976, he got involved with the local Democratic party and served as a precinct delegate. He went on to get an MBA from the University of Detroit in 1984 and a law degree from Wayne State University in 1989. He spent his early years as a financial adviser while he started a family.

In 1991, he was elected to the Rochester Hills City Council in Oakland County. He joined the state Senate in 1995, ran an unsuccessful campaign for attorney general in 2002, served as state lottery commissioner under former Gov. Jennifer Granholm until 2007, then did three stints in the U.S. House (2009-2015) before being elected to the U.S. Senate in 2014.

“He was a hard worker, even back then,” said Dianne Byrum, a fellow Democrat who spent eight years sitting cater-cornered from Peters in the state Senate and who now owns a public relations firm and serves as an Michigan State University trustee.

“Clearly, he was someone that was very serious about the job. He just had a real love for solving problems and tackling big issues.”

He joined the U.S. Navy Reserve and received his entry-level commission just a month before he hit the age deadline of 35, where he worked on construction projects such as roads, bridges and airstrips. After the 2001 terror attacks, he re-enlisted, extending his service to 10 years.

Peters says his experience in state and local government have instilled the importance of bipartisanship.

That’s been crucial for Peters, who has spent the majority of his tenure in D.C. in the minority party. Much of the legislation he touts came with a Republican co-sponsor, such as the MEGABYTE Act of 2016, which reportedly saved $450 million by requiring federal agencies to track spending and identify opportunities for information technologies savings — a bill Peters says was informed by his background in finance.

That hasn’t gone unnoticed in Washington, where the U.S. Chamber of Commerce gave him an award for bipartisanship and the Lugar Center ranked him the 12th most bipartisan senator. 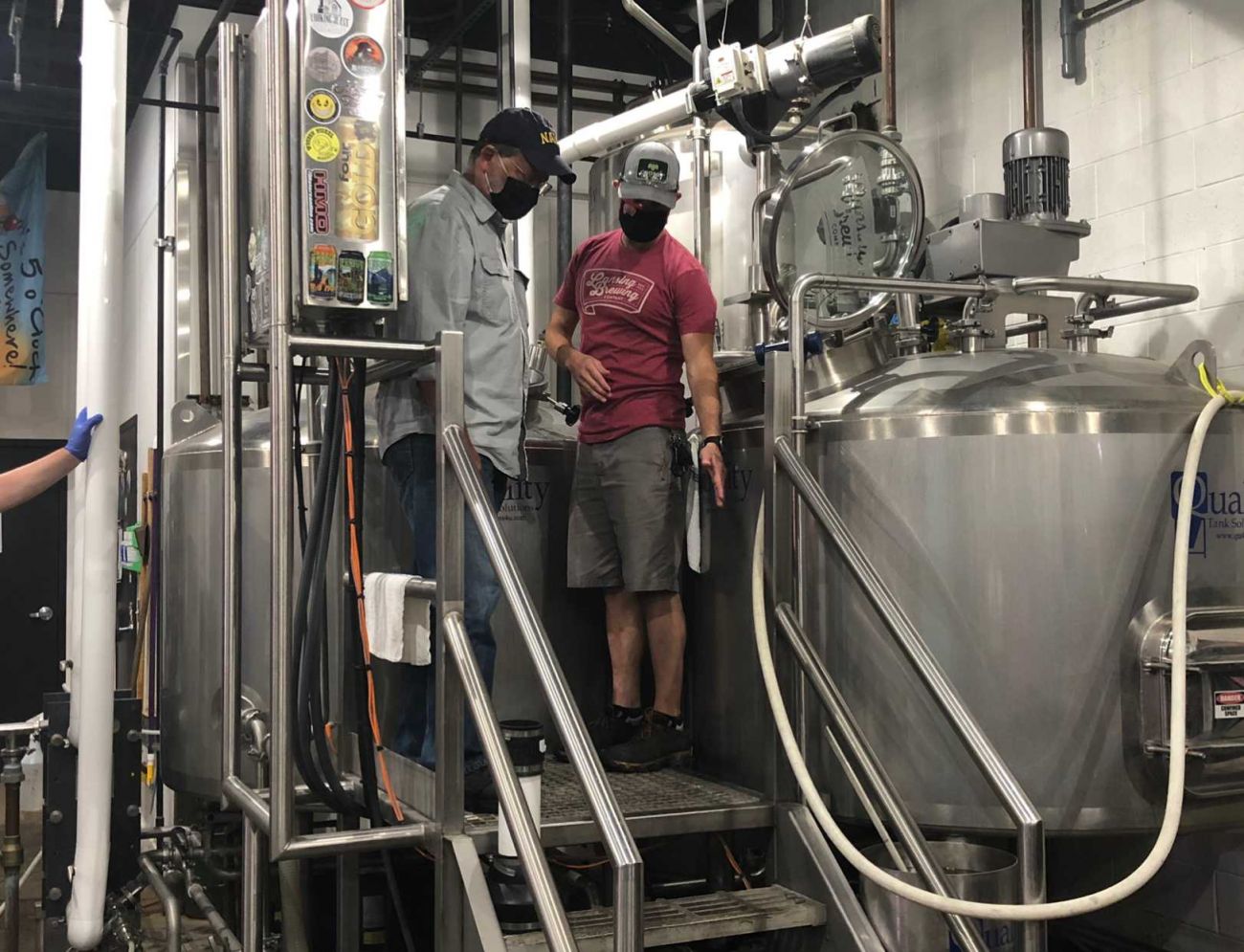 Peters’ campaign brags that no Democratic senator has gotten more bills signed into law under President Donald Trump, including a 2019 law to increase access to apprenticeship programs for veterans and their families and a 2017 law that supports training for small businesses to protect their intellectual property.

“I want to solve real problems and I want to work in a bipartisan way to get things done. And I have a demonstrated record of doing that,” Peters said.

He argues that “seniority really matters in the Senate” and points to his first term successes in the minority party as an indicator he stands to do bigger and better things if he’s re-elected.

If he’s re-elected, Peters said he wants to help guide the country through the COVID-19 crisis, reduce the country’s dependence on China and other countries for medical equipment and prescription drugs and help small businesses. He also wants to amend the CARES Act to direct more money to businesses in low-income communities and communities of color.

“We need another COVID package that helps some businesses who aren’t in a position to recover as quickly as others,” he said. “How do we help those businesses stay together so as we get our arms around the spread of the virus we can get the economy recovering as quickly as possible?”

One of his more high-profile fights in recent months has been to spearhead congressional inquiry on delays in the U.S. Postal Service. He led the first public grilling of Postmaster General Louis DeJoy after reports of policy changes surfaced.

Still, many political observers — even those who support and admire the senator — fear he’s in a tight spot this election.

“I think that he has done a lot and he means well, but his style is not that aggressive street-fighting politician which in some cases you have to be,” said Mario Morrow, a Democratic communications strategist based in Southfield.

“You’ve got to make sure people know who you are. And you have to be part of the controversy sometimes.”

That’s just not Peters’ style, he told Bridge. “It’s not about being flashy. It’s about having a record of getting things done.”

A battle for name recognition

While Peters defends his aversion to the limelight, Republicans are working to convince Michiganders their freshman senator is an “invisible,” do-nothing representative.

The James campaign released ads in August that claimed Peters “doesn’t show up for work,”  noting that he has missed 89 percent of meetings of a committee that he said would help him “work to hold China accountable,” though the panel does not create or approve of legislation.

The Peters campaign points to his attendance record in other committees — the more powerful Armed Services Committee; Commerce, Science and Transportation Committee; and the Homeland Security and Government Affairs Committee — and notes that he’s missed less than 1 percent of floor votes since joining the Senate in 2015.

Republicans also criticize what they see as a cozy relationship with the United Auto Workers, which has been the target of a corruption probe by the FBI that has led to 15 convictions for bribery, embezzlement and other crimes.

“The hard workers — my brother is one of them — who work for the UAW have given dues to the UAW. It’s pretty clear that there’s been some misuse of those funds in a criminal manner,” said Cox.

The UAW’s political action committee has given at least $52,000 to Peters’ candidate committees since 2008, including more than $10,000 this campaign cycle. The union has also given $1.25 million to Senate Majority PAC since 2014, which spent $3.5 million supporting Peters in his first run for Senate and $13.1 million to date this cycle supporting Peters and opposing James.

Peters, who has been endorsed by the state’s major labor unions including the UAW and the AFL-CIO, has said it’s “an honor to have the support of the thousands of Michiganders and members of organized labor who have made us all stronger and safer.”

Negative ads against Peters may be more successful because he’s not well known, said John Truscott, a Republican consultant and one of the founders of public relations firm Truscott-Rossman.

“With political ads, it doesn’t matter if they’re true or not — it’s does the impression stick?” he said.

Nearly 40 percent of Michigan voters hadn’t heard of Peters when he began his re-election campaign last year. That’s improved in the months since, and now polling indicates James and Peters are about equally well-known.

“Gary’s biggest weakness is he’s so serious. So how do you break through the clutter in this kind of environment?” said DiSano, the Democratic consultant. “People trust him, but on the other hand, sometimes it’s tough to break through.”

Peters has prevailed in many tight races, but he’s had help along the way because of his opponents.

He unseated incumbent Republican Rep. Joe Knollenberg in 2008, as part of a Democratic wave that flipped 21 House seats on the coattails of former President Barack Obama.

Peters joined the Senate by beating former Secretary of State Terri Lyn Land, a Republican lampooned by pundits as “invisible” and “embarrassing” after refusing to debate Peters and freezing at one of her first media appearances, declaring “I can’t do this.”

But while this race in general is drawing stunning amounts of money, Grossmann of MSU said Peters has still struggled this cycle to raise as much money as some other Democrats nationwide

“People just don’t seem to have that strong of feeling about Peters,” Grossman said.

Ultimately, though, many observers believe the race between James and Peters will hinge at the top of the ticket. And former Vice President Joe Biden is still leading Trump in Michigan polls.

No matter the outcome of the presidential race, Peters said he’ll still fight hard for Michigan.

“I’ve always been frustrated that all too often, what you see in government is people aren’t willing to work together and people tend to be hyper partisan,” Peters said, later adding, “I actually reach across the aisle to get things done.”

Editor’s note: This story was updated on Oct. 5, 2020, to reflect that the United Auto Workers union has donated more than $50,000 to Gary Peters' campaigns in the past 12 years. An earlier version misstated the total.