LANSING — Michigan Democratic Gov. Gretchen Whitmer and the Republican-led Legislature wrapped up a bitter nine-month budget fight in December, with a deal that restored more than half of her $1 billion in line-item vetoes but included no new money to fix the state’s roads.

A month later, they’re getting ready to do it all over again.

State budget officials met Friday in Lansing to agree on tax collection estimates to guide the 2021 budget process. It begins in February when Whitmer is expected to propose her spending plan, which the Legislature should complete by the end of June — provided the process does not again devolve into partisan divisions.

The good news for budget makers: The state collected slightly more taxes than anticipated last year because of a stronger-than-expected economy. And combined with unspent funds from Whitmer vetoes that were never restored, officials may have as much as $634 million in extra one-time money at their disposal.

The bad news: Economic growth is slowing, leading to sluggish revenue growth that may fail to exceed inflation. Without new funding streams, the Whitmer administration warns that prior tax cuts and funding diversions would limit the state’s ability to boost long-term investments in roads, schools or other high-need areas.

For taxpayers, that could mean another year of status quo. Whitmer is expected to push for new revenue again after lawmakers last year rejected her road funding proposal for a 45-cent fuel tax increase. She could outline a new roads proposal as soon as her State of the State address on Jan. 29.

“So I would expect to see a budget that reflects that – that we have to meet ongoing costs,” Kolb said.

Here are five things taxpayers should know heading into the new budget cycle:

Officials said Friday they expect taxes and fees will generate $11 billion this year for the state’s general fund, the main source of the discretionary money. That’s $274 million more than they projected, but a 1 percent decrease over last year.

“We’re seeing the economy continue to grow, albeit at a modest pace, and revenues are looking pretty flat,” said Michigan Treasurer Rachael Eubanks.

Michigan’s tax revenue increased last year, but most of the general fund gains were offset by recent legislative diversions, including $264 million dedicated toward roads under a 2015 law, $206 million in additional Homestead Property Tax Credits and a $69 million earmark to a fund for environmental cleanups.

The old road funding law, which also raised fuel taxes and registration fees to pay for repairs, requires the state to divert at least $468 million from the general fund this year and then $600 million annually in 2021 and beyond. Kolb said federal policy changes will also shift more costs onto the state for Medicaid and the Children’s Health Insurance Program.

The general fund is running a balance, but “we have these pressures that will eat up a ton of that money,” Kolb said. 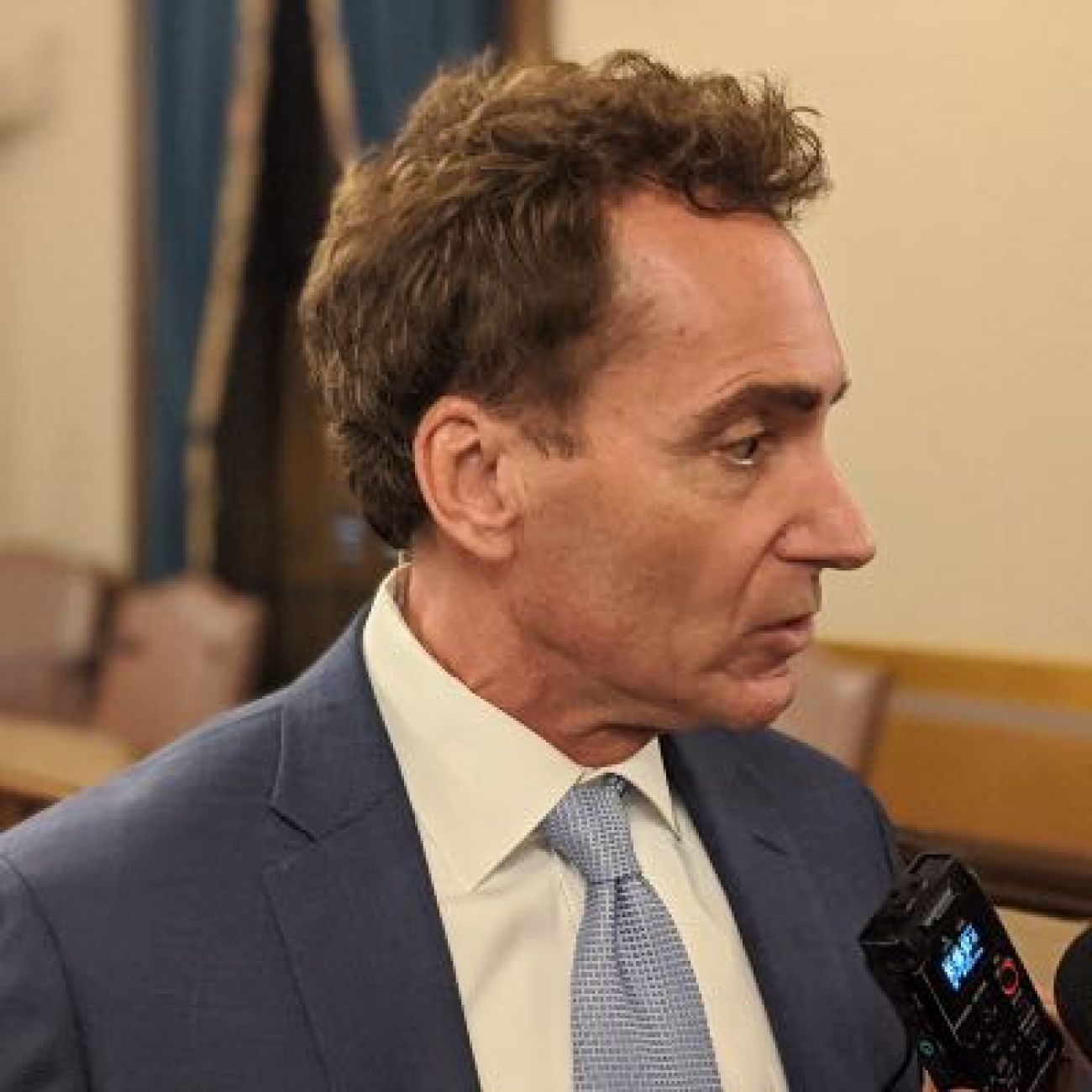 Despite a robust national economy, Michigan isn’t reaping the benefits in the form of business taxes. In fact, it’s collecting less than it did during the depths of the last recession.

“The bottom line is that previous legislation has earmarked potential money for other uses outside of the general fund, specifically for roads and tax credits,” said University of Michigan economist Gabe Ehrlich. “So that’s left the general fund mostly treading water in 2019 despite underlying growth.”

No longer a high-tax state

Policy shifts and other changes have significantly changed the tax burden in Michigan.

“Michigan has a reputation as a high-tax state, and I think that used to be true, but it’s changed a little bit,” Deputy State Treasurer Jeff Guilfoyle said Thursday at a separate Michigan Economic Forecast Forum in East Lansing.

That’s partly the result of policy shifts, including major business tax cuts approved by Snyder and the GOP-led Legislature in 2011.  But it’s also because Michigan has never taxed most services, which are an increasingly large part of the state’s economy.

In 2000, state and local taxes accounted for about 10.4 percent of personal income, compared to 9.1 percent today. That gap represents $6 billion state and local governments could otherwise be collecting, Guilfoyle said.

Sluggish personal income growth has also limited tax collections. Per capita income tax growth is up 77.6 percent nationally since 2000, compared to a 59.2 percent increase in Michigan.

Even with the same tax rates, Michigan would be generating another $5 billion in revenue each year if personal incomes here had risen at the same pace as the rest of the country.

“The combination of weak economic growth and falling tax effort is really squeezing the public sector,” Guilfoyle told business leaders a forum sponsored by the Michigan Bankers Association and the Michigan Chamber of Commerce.

“Whether you think that’s a good thing or a bad thing probably depends on your own personal views, but it does put a lot of pressure on budgets.” 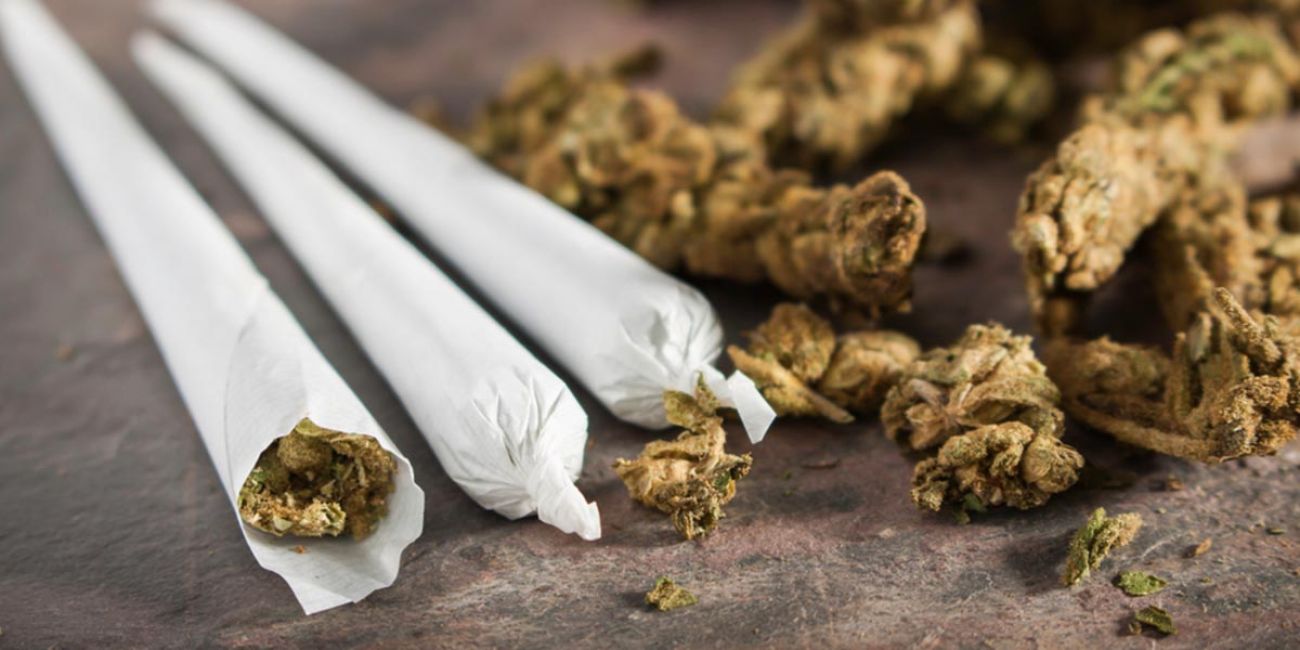 Taxes from legalized marijuana and online retailers won’t dig Michigan out of its budget doldrums.

Those taxes are largely responsible for an expected 2.7 percent increase in tax revenue that flows into the Michigan School Aid Fund, which is primarily used to fund K-12 districts. It is projected to be at $13.9 billion this year.

Michigan voters legalized recreational marijuana in 2018, but sales that began in December are off to a slow start because of licensing delays and opposition from local communities that opted out of the law.

Still, the Senate Fiscal Agency projects the state will collect $78 million in sales taxes from recreational marijuana sales by the time the fiscal year ends in October. Most of that, $57.2 million, will end up in the School Aid Fund. A portion of the 10 percent pot excise tax will also go to the schools fund, generating a projected $23.6 million this year.

By 2022, marijuana sales could generate $113 million in annual sales tax revenue, according to the Senate agency. Nearly $83 million of that would end up in the School Aid Fund, along with $53.9 million from the excise tax.

Even so, combined $132 million that could go to schools this year represents just a tiny fraction of the $13.9 billion in states tax revenue expect to go to the School Aid Fund from all sources.

Sales tax collections are also expected to increase because of a 2018 decision by the U.S. Supreme Court that made it easier for Michigan to collect out-of-state retailers such as Amazon.

That decision and recent changes in state law should help the state collect $292.5 million in additional sales tax revenue this year, including $214.5 million for the School Aid Fund, according to the Senate agency.

The economy is growing in Michigan, but “more slowly than the nation as a whole,” according to a Senate Fiscal Agency report.

And Michigan still hasn’t fully recovered from the Great Recession.

Michigan lost 859,133 jobs between the second quarter of 2000 and the third quarter of 2009, according to University of Michigan economists, who predict that by the end of 2022 the state will have recovered about 704,540 of those jobs, or about 82 percent.

By then, the state will still have 154,593 fewer jobs than it did at the start of the century.

The state’s economy remains tied to the automotive industry, and vehicle sales have begun to taper off since reaching record levels in 2016.

Michigan’s jobless rate averaged 4.1 percent in 2019, and he predicted the rate and should fall to 3.5 percent by 2022, a slightly more bullish projection than the 3.8 percent estimate from state officials.

The historic lows are partly attributable to a state workforce rate that remains much lower than it was at the start of the century.

In other words, fewer people are looking for jobs now, either because they gave up or took early retirement buyouts, so they are not counted as unemployed.

But those numbers are ticking up as more residents decide to return to a strong labor market.

For the first time in the history of recorded data, there were more jobs in Michigan than there were people seeking jobs in the second quarter of 2019, Ehrlich said.

“I wouldn’t say it speaks to a skills gap so much as it speaks to the fact that the labor market is really starting to finally recover from the Great Recession.”