Here’s what the Michigan redistricting panel discussed in secret

LANSING—  When the state’s redistricting panel met in secret this year, attorneys for the commission pleaded that the group didn’t need to keep current majority-minority districts or create new ones.

In the Oct. 27 closed-door meeting, which lasted about 90 minutes, the commission’s attorneys said reducing the percentage of Black voters in districts that have been predominantly Black would be in compliance with the Voting Rights Act.

“Your unpacking work was significant and never happened in the almost 200-year history of this state,” Bruce Adelson, the commission’s voting rights attorney, said in a recording released late Monday following a lawsuit from Bridge Michigan and other news sites.

He was referring to the commission’s work to reverse “packing” — the hyper-concentration of minorities in districts in order to reduce their political power.

Adelson claimed the commission could increase the clout of people of color — and allow them to elect candidates of their choice — by putting them in districts with minority populations of less than 50 percent.

The recording of the secret meeting, along with seven memos kept in private, were released nine hours after the Michigan Supreme Court ordered the commission to make them public.

The arguments aired during the private meeting — and contents of the memos — are essentially the same as statements made in public by Adelson and other members of the Michigan Independent Citizens Redistricting Commission.

But the commission claimed they were protected by attorney-client privilege and releasing them would make it difficult for the panel to receive unfettered advice from their lawyers in a process fraught with the potential for litigation.

The court disagreed, 4-3, in a suit brought by Bridge, The Detroit News, Detroit Free Press and Michigan Press Association against the panel, which was created by voters in 2018 to draw districts every 10 years and do so in a public, transparent fashion.

The high court said the redistricting panel violated the state Constitution when it met in private.

The panel’s 15 proposed state legislative and congressional maps have received significant pushback from Black voters in southeast Michigan and Flint, who have said the planned districts would disenfranchise them.

Currently, Michigan has 17 state legislative minority-majority districts, but under the proposed districts that number would be reduced to a handful.

Over the last few months, the commission has heard from hundreds of Michigan residents, and advocacy groups such as the union group Michigan AFL-CIO, who have said the maps would hurt Black voters.

But Adelson told commissioners that the information from those groups and the commission were “infused with either misinformation or lack of information.”

“You have advocacy people and I respect their passion, I respect their lived experience,” Pastula said. “But what they're doing is advocating for the commission not to follow the law and it's our job, as unpopular as it is, to try to keep you on track with the law and advise you as best we can.”

Commissioner Cynthia Orton, a Republican, told the panel many of the people commenting on the majority-minority districts had an “agenda.”

“I think many of the — many, many, many of the comments that we heard, while they were saying that it was a (Voting Rights Act) issue, it's a partisan issue,” Orton said. “And we need to be able to spot that and weed that out and not fall for that.”

Besides the recording of the closed-door meeting, the commission also released seven memos the panel had kept private.

Although they advance no new arguments, the memos give more insight into the advice given by the commission’s attorneys regarding a range of issues, including the Voting Rights Act, population deviations, and the renumbering of the new political districts.

One of the memos is a 30-page history of racism and segregation in Michigan.

In another memo, written by Adelson and discussed in the closed-door meeting, the attorney writes that the Voting Rights Act does not require the creation of any majority-minority districts, nor does it require any state to have a certain number of these districts.

“Instead, the Supreme Court states that the VRA only requires that a compact and politically cohesive minority group, for example, Black voters in Detroit, have the opportunity to elect their candidates of choice, NOT that these voters must live in majority Black districts,” Adelson wrote.

The panel is expected to start voting on the adoption of the new state House, state Senate and congressional maps on Dec. 28. 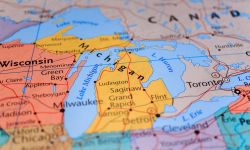 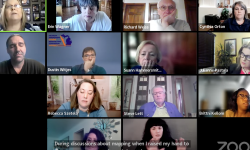 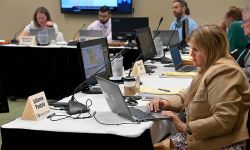