Federal judgeships have lifetime terms and enormous power. Judicial nominees are ultimately confirmed by the U.S. Senate, but being selected as a nominee can be a less than transparent process. (Shutterstock)
May 27, 2021
Sergio Martínez-Beltrán
Michigan Government

LANSING — A secret group of lawyers and political donors has an outsized influence in determining appointments to federal courts in Michigan — and some say that’s hurt the diversity of the bench.

Michigan has two vacancies in the federal courts, and a judicial advisory committee is tasked with screening applications for Sens. Debbie Stabenow and Gary Peters, both Democrats. They then recommend candidates to President Joe Biden, who nominates them for consideration before the U.S. Senate.

The process is often less than transparent — according to researchers, six Democratic U.S. senators and most Republican senators don’t use an application process or committee to recommend lawyers for judgeships, relying instead on interest groups or their own circles to find candidates.

Most Democrats use committees to select applicants, though, and Hispanic advocates are urging Stabenow and Peters to follow the lead of 17 Democrats and two independent senators who publish the names and backgrounds of their advisory committee members.

“There are some judges who will never get a fair shake (in Michigan), because the makeup of the committee is one of the biggest reasons,” said Sandra O’Brien, who became the first Latina woman elected to statewide office in 2012 when she was elected to the Wayne State University Board of Governors. She left the board last year. 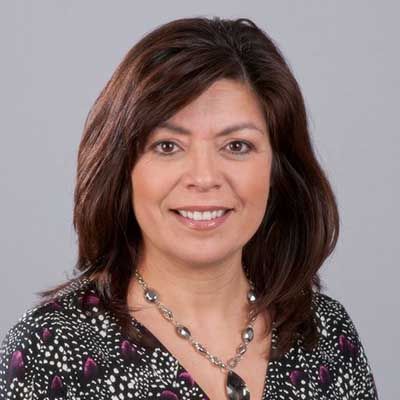 O’Brien, an Oakland County attorney, is among the advocates who are upset that a Hispanic judge hasn’t served on Michigan’s federal courts since George La Plata, an appointee of Republican President Ronald Reagan, who served from 1985 to 1996.

Robyn Bryan, press secretary for Stabenow, would not release the names  of committee members, but said the 32-member panel is composed of “distinguished attorneys” who have helped diversify the ranks of federal judges in Michigan.

“The senators understand that some individuals are disgruntled because of rumors that their favorite candidate did not proceed in the process, but the facts do not support the theory that private confidential input to the senators leads to a lack of diverse judges on the federal bench,” Bryan wrote in an email to Bridge Michigan.

Does the process work?

In Ohio, 10 percent of federal judges are Black, while Indiana has one Black judge, and Wisconsin’s federal bench is all white. None of those states has a Hispanic federal judge.

Illinois has four Black judges, two Hispanic ones and one Asian American out of 31 judges.

Advocates say Peters and Stabenow can do better.

O’Brien served on the committee in 2013 that recommended three white judges (including two women) and one Black woman to four vacancies in Michigan’s eastern district.

Because the committee is composed of “high-dollar donors and politically connected members,” diverse candidates often don’t make it past the screening process, O’Brien said.

“And typically, for Latinos in Michigan who are almost politically invisible, that doesn’t bode well for us,” said O’Brien, who was ousted by the Democratic Party last year from her position at Wayne State following several controversies. 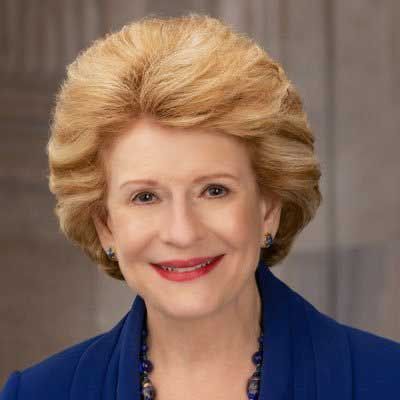 U.S. Sen. Debbie Stabenow, a Democrat, says she has made efforts to diversify both judgeships and a committee that screens applicants for appointments. (Courtesy photo)

Since 2010, nine judges have been appointed to Michigan’s western and eastern district courts. They include three white men, two white women, two Black women, one Black man and one Chaldean-American woman.

One of the white women judges, Judith E. Levy, is gay.

The process “has not worked for our community,” said Jane Garcia, the vice chair of the Latin Americans for Social and Economic Development, Inc. in Detroit.

Michigan has about 500,000 Hispanic residents, or 5 percent of the population, and advocates have pressed Stabenow and Biden to nominate Third Circuit Chief Judge Pro Tem Patricia Perez Fresard, who has served as a judge in Wayne County since 1999.

“Having a selection committee that has been in place for over 30 years, with mostly the same members, that have not chosen one Hispanic during that time, is very telling,” Garcia wrote Biden on March 26.

‘The gates of justice’

Judgeships are important because they wield so much power: District courts hear cases that involve federal lawsuits and criminal charges in cases as diverse as abortion, terrorism, tax fraud and human trafficking.

As such, courts should reflect the communities they serve, said Aaron Taylor, the executive director of AccessLex Institute Center for Legal Education Excellence, a Pennsylvania nonprofit that works to improve access to law school.

“Judges are really kind of standing at the gates of justice and injustice,” Taylor said. “Given the role they have in our society, the bench should reflect the people that come before them to air their grievances.”

Asked about the committee that sifts through applicants, Peters’ office referred a reporter to a news release about the process, while Stabenow’s spokesperson, Bryan, said all members must sign a confidentiality agreement.

Committee members are split into two groups to evaluate candidates for each vacancy, but senators may ask for other input.

Bryan said 44 percent of the 32-member committee are women and 44 percent are people of color, an improvement from when O’Brien served on the panel. At the time, she said most were white.

Bridge reached out to 16 known committee members. Eleven didn’t return requests for calls, while five declined to comment, citing the confidentiality of the committee.

It doesn’t have to be secretive

Other senators have made the process far more open.

Emma Steiner, a political researcher based in D.C., wrote a paper last year for the left-leaning People’s Policy Project think tank that examined the processes Democratic senators use to nominate federal judges.

She found that out of 45 Democratic senators who have made judicial recommendations, 37 have used a committee. But 18 senators have committees that shield members’ identities, including Stabenow and Peters.

“These are all lifetime appointments that we're talking about, and these judges make decisions that shape the lives of thousands of people,” Steiner told Bridge Michigan. “It's something that will come to affect you, decades down the line.”

Republican senators, on the other hand, tend to nominate candidates that in many instances have been recruited by groups such as the Federalist Society, a powerful network of conservative lawyers.

Logan Dancey, an associate professor of government at Wesleyan University in Connecticut who has studied the nominating process, said improving transparency “might also play a role in potentially giving people a greater sense of how the process works and also giving potential nominees some insight into the process.”

Jonathan Kinloch, the chair of the 13th Congressional District Democratic Party in southeast Michigan, said the public deserves to know more about how judges are selected.

“It’s like the sausage-making of democracy,” said Kinloch, who is also a Wayne County commissioner from Detroit. “It’s important to know who is in the ear of the senators.”

O’Brien, the former committee member, said appointments of recent people of color to Michigan judgeships should not be cause for “popping the champagne bottles” and more work remains.

“The difficulty that I have with our Democratic leadership (is) ... they're so desperate for our votes and for our assistance, but when they make it … we, Latinos especially, are an afterthought,” said O’Brien.

In 2019, a study by the progressive think tank Center for American Progress found that “more than 70 percent of all district courts have no Hispanic judges serving on them.”

The Eastern District Court, which is based in Detroit but has offices in Ann Arbor, Bay City, Flint and Port Huron, has 15 white judges and five Black judges — including Chief Judge Denise Page Hood.

(Out of 25 judges between both districts, eight are senior judges, meaning they are semi-retired and their caseload is reduced.)

As a whole, the legal profession has had issues with diversity for years.

According to the American Bar Association, as of January 2020, 5 percent of all lawyers in the U.S. are Black, “the same percentage as 10 years ago.” Meanwhile, 5 percent of lawyers are Hispanic, and 2 percent are Asian.

Nationwide, 13 percent of the country is Black, 19 percent is Hispanic and 6 percent has Asian ancestry, according to the U.S. Census.

Taylor, with AccessLex, told Bridge Michigan the cost of law school — $85,000 to $150,000 in total tuition over three years — is one obstacle. Isolation and lack of peers or mentors are another.

According to an analysis by AccessLex in 2018, “those identifying as American Indian, Asian, Black, Hispanic, Native Hawaiian, and two or more races—are disproportionately represented among students who do not persist beyond the first year.”

“The entire pipeline itself is not necessarily designed to be inclusive,” Taylor said.

That has an impact on the whole judicial system, Taylor added, since the judges decide the rights of everyday people, including underrepresented communities who tend to be overrepresented in the country’s prisons.