Joe Biden’s path to victory in Michigan: Win every county in primary (MAP)

Biden in Detroit on Monday (Bridge photo by Jonathan Oosting)

In an election that saw turnout surge by nearly a third, Biden won big in metro Detroit — but also won the rural counties and those with younger college-aged voters that backed the Vermont senator in 2016.

Statewide, Biden beat Sanders 52.8 percent to 36.5 percent, with the remainder of the votes from absentee ballots for candidates who have dropped out of the race.

The victory was propelled by big increases in turnout perhaps caused by no-reason absentee voting that the state adopted in 2018. In Oakland, Macomb, Kent and Washtenaw counties, turnout grew by over 40 percent.

Biden’s wins were across all parts of the state, in urban, working class, rural and suburban counties.

Four years ago, for instance, when Sanders upset Hillary Clinton in the Democratic primary, he won Luce County in the Upper Peninsula by 62 percent to 36 percent. On Tuesday, Biden won the county 57 percent to 33 percent.

Biden scored his biggest wins in large suburban counties. In Oakland County, where voters in 2018 flipped several Republican-held state legislative seats, Biden got 56 percent of the vote and won by more than 55,000 votes.

With his stunning 2016 win that shocked Clinton’s camp and the Democratic establishment, Sanders won 22 Michigan counties with at least 60 percent of the vote.

The highest he got in any of those this year was 44.6 percent in Isabella County, the home of Central Michigan University.

Sanders beat former Clinton in Kent (62 percent to 37 percent) and Washtenaw (55 percent to 44 percent) counties in 2016 but lost each on Tuesday, though narrowly.

The only potential wrinkle for Biden may be among African-American voters. He won Detroit but by a smaller margin than Clinton, and turnout in the counties with larger African-American populations — Wayne, Genesee, Saginaw, Muskegon — did not increase as much as it did elsewhere.

It was up only 6 percent in Genesee and 15 percent in Wayne County, well below the statewide increase of 31 percent.

Still, Biden won big without much of a get-out-the-vote effort and only one day of campaign visits, compared to five for Sanders.

The breadth of victory was almost inconceivable two weeks ago, before Super Tuesday and when Biden had lost caucuses and primaries in Iowa, New Hampshire and Nevada.

Unofficial results also showed Biden winning a majority of votes in each of the state's 14 congressional districts, which is  key to determining how many pledged delegates he receives.

Overall, 125 delegates were up for grabs and the Michigan Democratic Party awards them proportionally based on vote margins statewide and within congressional districts, which are weighted based on Democratic turnout in the 2016 and 2018 general elections. 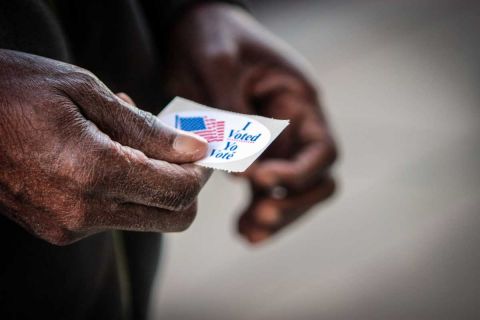 Michigan primary 2020: What you need to know, where to vote, absentee rules

It’s almost Election Day, and a lot has changed since the last major election. Here’s how to vote in the presidential primary. 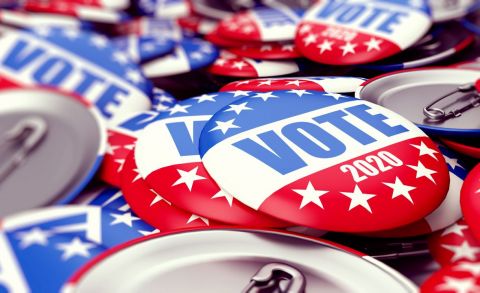 Primary day is finally here. Joe Biden got into a testy exchange with a construction worker in Detroit about the Second Amendment, while Bernie Sanders stops by metro Detroit polling places. 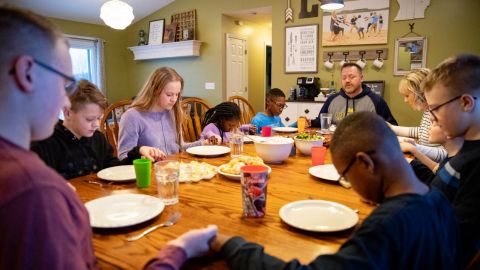 A Michigan family goes to Canada for insulin. Will a drug import law help?

Bills in Lansing would legalize the sale of discounted Canadian drugs to Michigan. But the measures face a host of obstacles, not least from Canadians worried about protecting their own supplies.

It's wild to watch liberal Michigan lock arms in a suicide pact with the man who helped destroy this state with NAFTA and now can't finish his sentences. Good luck y'all, hope you're excited for another failed campaign centered around a terrible candidate with decades of baggage and no policies.

Bones,
Through out my life, politics/elections have been about picking the lesser of disappointing choices. The bumbling old guy was the lesser of the two choices in this election.
Sanders politics maybe so extreme that many who wouldn't have voted in this election could have decided better vote for Biden and bury Sanders with their votes rather than risk his being on the ballot in the fall.

Kinda funny I came here looking for the Bernie babies whining and the first comment is from one of the. What they don't understand is he is the wrong person to be championing big picture ideas. They also do not understand the meaning of revolution and socialism. Maybe someday all of America will agree that social programs are different than socialism. Lastly the saddest fact about Bernie voters, you can't count on there loyalty. Bernie is a back stabber. Look what he said about Whitmer after she endorsed Biden. Bernie and his followers play the victim real well.

I’m with you Bones, I voted for Bernie also and there's no way I'll support that senile corporatist schill come November! You should know that you can not trust the Democrats, they're bought and paid for!

Matt,
How could you vote for Bernie, at least with Joe he will need a long experience VP that knows how to manipulate the politics/government agencies, and Joe needs someone to coach him on how to avoid being held accountable for illegal actions while in office. Joe needs someone to balance the Democrat ticket and feed the establishment wing of the Party.
Joe is the best opportunity to give Hillary a path to the Presidency, the 25th Amendment. Listen to Joe on the stump and how many time to need to be reminded he is running for the Presidency not the Senate, which state he is in, who is his wife. You can't doubt Hillary and the 'deep state' could use that to elevate her to the Presidency.
A vote for Joe is a vote for Hillary. A vote for Bernie is simply a vote for a brokered convention and Bloomberg, or Booker, or de Blasio or another east coast establishment Democrat.