LANSING — Michigan's patchwork response to the COVID-19 pandemic is rapidly fraying, as a series of local health officials are rescinding school mask orders amid widespread confusion over state rules.

Marquette, Ottawa, Washtenaw and Kent county health departments decided this week to keep their mask mandates, while three others are debating whether to continue student quarantine orders within the budget that Whitmer deemed unconstitutional and unenforceable.

The rescinded orders affect roughly 44,000 public school students, or 5.5 percent of all 787,000 students who were covered by mask mandates. Fifteen local health departments had issued mandates and about 30 other school districts enacted them.

Whitmer sought to control the fallout Thursday by dispatching attorneys from her office to speak with local health officials who have implemented mask mandates she supports.

"As the governor has made clear, the budget provisions that attempt to prohibit these policies clearly violate the state constitution. The state of Michigan will continue to provide funding to local health departments that implement universal mask policies or quarantine protocols in schools to keep students safe so they can learn in person."

But prior promises from Whitmer have done little to calm the nerves of health officials in areas like Allegan County, who cited the GOP threat to withhold funding as they rescinded an otherwise “effective” policy.

The decision was "not made lightly” and has “challenged us ethically, professionally and personally,” health officer Angelique Joynes said in a statement. “But we cannot risk our essential local public health service funding.”

The GOP language proposed to bar local health departments from issuing or enforcing mask mandates for individuals under the age of 18. Any health department with a mask mandate in place on Friday, Oct. 1, would lose state funding unless the order was supported by their county board of commissioners, which is unlikely in many conservative and rural parts of the state.

The governor declared the language an unconstitutional attempt to craft policy in a spending bill, and a spokesperson called the provisions "dangerous" and "anti-health."

That means county health departments should not worry about their funding because Whitmer controls the departments that will send it to them, said Steven Liedel, an attorney who served as chief legal counsel to former Gov. Jennifer Granholm.

Governors routinely nix policy proposals that lawmakers tuck into spending bills because doing so is unconstitutional, he said. Whitmer’s position is “well supported under existing precedent and prior actions of prior governors,” Liedel told Bridge Michigan.

But that’s not enough reassurance for some local public health officials.

“We felt our hand was forced into making the decision we did,” said Gillian Conrad, communications officers for the Berrien County Health Department.

The county rescinded its order Wednesday after Whitmer signed the budget. Conrad said the mandate had helped cut COVID cases and quarantines among students and staff by half.

“It’s a precarious position,” said Kerry Ott, spokesperson for the LMAS Health Department, which covers four counties in the Upper Peninsula.  “If we don’t have the money and the staffing, we can’t do anything. We can’t protect the health of the public in any way.”

John Sellek, a political strategist, said the responsibility to eliminate the confusion of the budget language is “squarely on Gov. Whitmer’s shoulders.”

“What (municipalities) are seeing is a message from Lansing that says ‘Hey, don't worry, you don't have to follow this,’ but then they're the ones left with the meetings filled with raging constituents, and potentially having to foot the bill, and the headaches of litigation,” said Sellek, who worked for former Attorney General Bill Schuette, a Republican..

Amid the finger-pointing, local health agencies told Bridge they are seeking a legal ruling from a judge or attorney general to clear up the issue. But a spokesperson for Michigan Attorney General Dana Nessel said her office has yet to receive one.

The squabbling comes amid increased pressure on local public health officials who, in the absence of a statewide policy, have been thrust in the middle of an increasingly political and cultural fight.

“It’s crazy. It's unprofessional,” said Dr. Howard Markel, a former pediatrician and director of the University of Michigan's Center for the History of Medicine. “I wish these people, if they pull this kind of nonsense — will just go home.”

“If I could give advice to the county official: Be brave, and please do the right thing by your constituents. And if they do try to lower your funding, rest assured, you'll have many colleagues including myself behind you to fight tooth and nail because that's ridiculous.”

But small departments may not be able to withstand such threats, said Marcia Mansaray, deputy health administrator at the Ottawa County Department of Public Health. Though Ottawa decided to keep its school mask mandate, neighboring Allegan did not — splitting at least one school district so that some students are masked and others don’t have to be, she said.

“I sympathize with them,” she said, referring both to local school districts and other county health departments who felt they had to rescind orders.

Smaller departments “are less likely to have in-house corporate counsel to guide them in these issues or defend them,” she said. “They have a lot more to think about.”

It was perhaps inevitable that the pressure ultimately would lead to funding threats, said Dr. Bobby Mukkamala, a Flint ear, nose, and throat doctor and chair of the American Medical Association.

“The precedent has been set. Every public health challenge in our lifetime will immediately default to this conversation about public health risk versus personal freedom,” Mukkumala said.

There is plenty of blame to go around for the “unnecessary” and “avoidable” fiasco, said Peter Spadafore, deputy executive director of the Michigan Association of Superintendents and Administrators.

“Getting this language into the budget is where it went wrong,” he said. “There was an overwhelming (bipartisan) vote in the legislature to include this language knowing it would cause confusion.”

Christine Greig, a former Democratic leader in the Michigan House, told Bridge the language should have not made it in the budget in the first place.

She said that although she fully supports the governor’s decision to declare the bans unenforceable, she understands the concerns from health officials.

“If I were a local government official, I would like more direction from the state,” Greig said. “It’s a difficult situation.”

“It’s our hope that the governor wouldn’t contemplate ignoring parts of a budget that passed with bipartisan support,” Senate GOP spokesperson Abby Mitch told Bridge. “That said, it is up to the individual locals to decide if they want to follow the governor’s legal advice before a court rules on it.”

Whitmer is far from the first governor to declare policy provisions in the state budget unconstitutional and unenforceable. It’s a routine practice that often goes unnoticed.

Former Gov. Rick Snyder, for instance, nixed provisions that would have cut funding for public universities that offered domestic benefits to same-sex partners and prohibited the state from contracting with Planned Parenthood for non-abortion services.

The Michigan Constitution requires governors to "faithfully execute" the constitution, which means they actually have a responsibility to declare unconstitutional provisions unenforceable, said Liedel, who was legal counsel to Granholm.

“The problem is the communication,” said Robert McCann, executive director of the K12 Alliance of Michigan, a school advocacy organization.

“Just because the governor puts out a signing statement saying it’s not enforceable doesn’t mean everyone sees that,” he said.

“I’m hearing from superintendents saying they are getting calls and having people show up at board meetings holding up (news) stories and saying there can’t be mask mandates.”

McCann said schools “have been told for months” to work with local health departments to create mask policies. The language in the budget gives at least the appearance that, now, a month into the school year, the state is stepping in to issue a statewide no-mandate policy.

“All we’ve asked for throughout this pandemic is clear and consistent guidance from health experts on how we can keep students safe in schools,” he said. “Instead, here we are with … health departments backing off of science because of political confusion.

“This is in no one’s best interest.”

Editor's note: An earlier version of this story and headline contained the incorrect number of students impacted by the rule changes. The headline and story were changed at 8:51  p.m. Sept. 30 to correct the error. 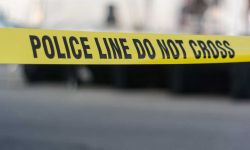 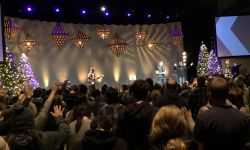 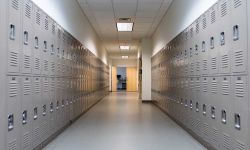