LANSING — Crime victims could have a better chance at receiving compensation from Michigan after legislation to expand support advanced this week in the Senate.

House Bills 4674-75 are part of the Safer Michigan Act, which would increase the amount of money people can be awarded and extend the time people have to file a compensation claim.

The action follows years of complaints about Michigan’s $20 million Crime Victim Compensation fund, which provides reimbursement for out-of-pocket costs such as medical or funeral expenses, counseling and lost earnings.

Among other things, the bills would increase the maximum award for victims to $45,000 from $500. All 50 states have similar programs, but advocates say Michigan’s is particularly cumbersome.

“It is challenging for victims to get the support that they deserve,” said Rep. Bronna Kahle, R-Adrian, a bill sponsor. “The support they need is already there for them but there’s just a ton of red tape right now that they have to get through to access it.”

A Senate committee advanced the bills Monday. On Thursday, a national group — Crime Survivors for Safety and Justice — plans a demonstration in Lansing in support of the legislation.

Among other issues, Michigan’s program requires victims to file compensation claims within 48 hours — which isn’t always practical for someone in the throes of trauma, said Shari Ware, who runs a nonprofit Still Standing of Wayne County that advocates for victims of domestic violence.

“Counseling can help you stabilize but mental health issues can have long-term impacts that require (psychological counseling),” Ware said. “These bills will allow victims to access the resources available to them and eliminate the red tape that is a barrier to a lot of the victims that apply for compensation.”

The legislation would extend the filing deadline to one year and allow claims to be made online, removes language that required prosecutions to be complete before granting help and increases to $8,000 from $5,000 the maximum award for funeral expenses.

“It’s money that the people of Michigan should have access to,” Kahle said. “There is more than enough money to do this. The issue is that it’s just not getting to the people who need it.”

The money would have hired 14 victim advocates statewide for the Michigan State Police who would have informed victims of their rights, provided social welfare referrals and guided them through the process of applying for compensation.

House Subcommittee Chair Rep. Tommy Brann, R-Linden, said the cut to Whitmer’s victim advocate proposal isn’t a “final deal” and that he will take a closer look at it.

The Senate will propose its own amendment to Whitmer’s allocations. Brann said the House has other priorities, like police recruitment.

“We just didn’t have the money, we only had a certain amount to spend,” Brann said. “Not saying that it’s a bad program, but there are so many other good programs too.”

While changes are likely to the state’s compensation program, other parts of the Safer Michigan Act failed in the House.

Bills 4670-73 would have established a program for incarcerated people where they can complete rehabilitation programs to earn credit for parole or a lesser sentence. Such programs provide education and job training to prepare people for life after their release from prison.

According to a report from the Alliance for Safety and Justice, a nonprofit that lobbies for criminal justice reform, 35 states provide some form of productivity credits. People convicted of murder, sex offenses and human trafficking would not be eligible for the program.

Rep. Tyrone Carter, D-Detroit, who sponsored the productivity credit bills, said Michigan is one of the only states that doesn’t have a provision reducing an incarcerated person’s sentence for good behavior. Carter said that’s partially because of the state’s Truth in Sentencing law.

Truth in Sentencing is a law which requires people convicted of a crime and incarcerated in a Michigan prison to serve their full minimum sentence by eliminating disciplinary credits, good time and corrections centers for certain offenders.

Under the law, such incarcerated people have to serve their minimum sentence to be considered for parole.

Prisoners in Michigan serve longer sentences than in any other state, according to a Pew Study.

“There was a lot of pushback (to the productivity credits),” Carter said. “It was probably a political move. It’s an election year and everybody wants to act like they’re tough on crime.”

“But the reality about punishment is it’s supposed to be swift and corrective, not lingering and punitive, and if you give somebody incentives to do better than you can change their behavior.” 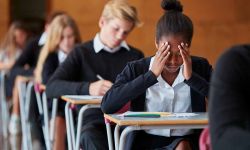 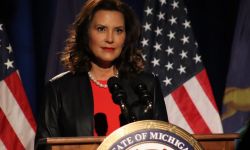