Michigan is known as having one of the least transparent state governments in the nation. A new package of reform proposals would keep state officials’ financial holdings secret from the public in most instances. (ehrlif / Shutterstock.com)
April 27, 2021
Ted Roelofs
Michigan Government
Mike Shirkey

Michigan remains one of only two states that don’t require state lawmakers to disclose their financial interests, a lack of transparency that makes it difficult to know if legislators are supporting bills that personally benefit them.

So it was significant when state legislative leaders recently touted bipartisan ethics reform measures they insist will hold members to account.

“We must do better and hold ourselves to a higher standard,” GOP House Speaker Jason Wentworth said in a statement last week. The bill package will “make our entire system more open, honest and accountable to the people we serve.”

The financial information lawmakers would be required to submit is not available to the public. Instead, according to the bill, it would be handed over to a secretive legislative committee; secretive because the information would be exempt from the state’s Open Meetings Act and Freedom of Information Act which makes government information open to the public.

The public would only learn of a current lawmaker’s financial holdings if the committee determines a member has violated ethical conflict-of-interest standards. Members’ financial records otherwise can only be disclosed to the public upon request after they leave office, under the legislation.

“I would say this is the best attempt to maintain the status quo, under the appearance of reform,” said Simon Schuster, executive director of the Michigan Campaign Finance Network, a Lansing nonprofit political finance watchdog organization.

Schuster likened the bill to “a black box. We don’t know what this committee’s powers or rules are, or what are the requirements of legislators.”

By contrast, in Wisconsin and dozens of other states, public officials and candidates for state office must file statements that are open to public inspection and list financial information such as their employers, investments, real estate and creditors.

The newly created and bipartisan ethics oversight committee would be selected by majority and minority leaders in both chambers, and granted authority to investigate ethical complaints lodged against lawmakers.

But Schuster noted that the bill allows the House Speaker and Senate Majority Leader to remove a committee member “for any reason.” Currently, Republicans control both the House and Senate, which means GOP leaders theoretically could remove committee members appointed by Democratic minority leaders.

“That taints the process,” Schuster said. “If they don’t like the direction the committee is going, those individuals can be removed.”

In other measures introduced in the House, state officials including the governor, lieutenant governor, attorney general, state treasurer, and those on the governing boards of Michigan’s public universities must also disclose financial information to the existing state of board of ethics. But that disclosure, too, is to be kept confidential and exempt from FOIA.

In an interview with Bridge Michigan Thursday, LaGrand disparaged the private way in which financial information would be submitted under the current proposal as “a farce” that leaves the public unprotected from self-dealing lawmakers.

The bill package is tie-barred to a measure introduced in January which, if passed, would require House and Senate members to abstain from voting on a matter “if the member has knowledge that he or she has a personal or professional interest in the bill or measure.”

On an appearance Friday on the political news show “Off the Record”, LaGrand agreed with a questioner that the watered-down version of financial disclosure is a concession “to appease” GOP Senate Majority Leader Mike Shirkey, who has resisted full public disclosure of lawmaker finance. Any reform measure that clears the House likely would need Shirkey’s nod of approval to pass the Senate. 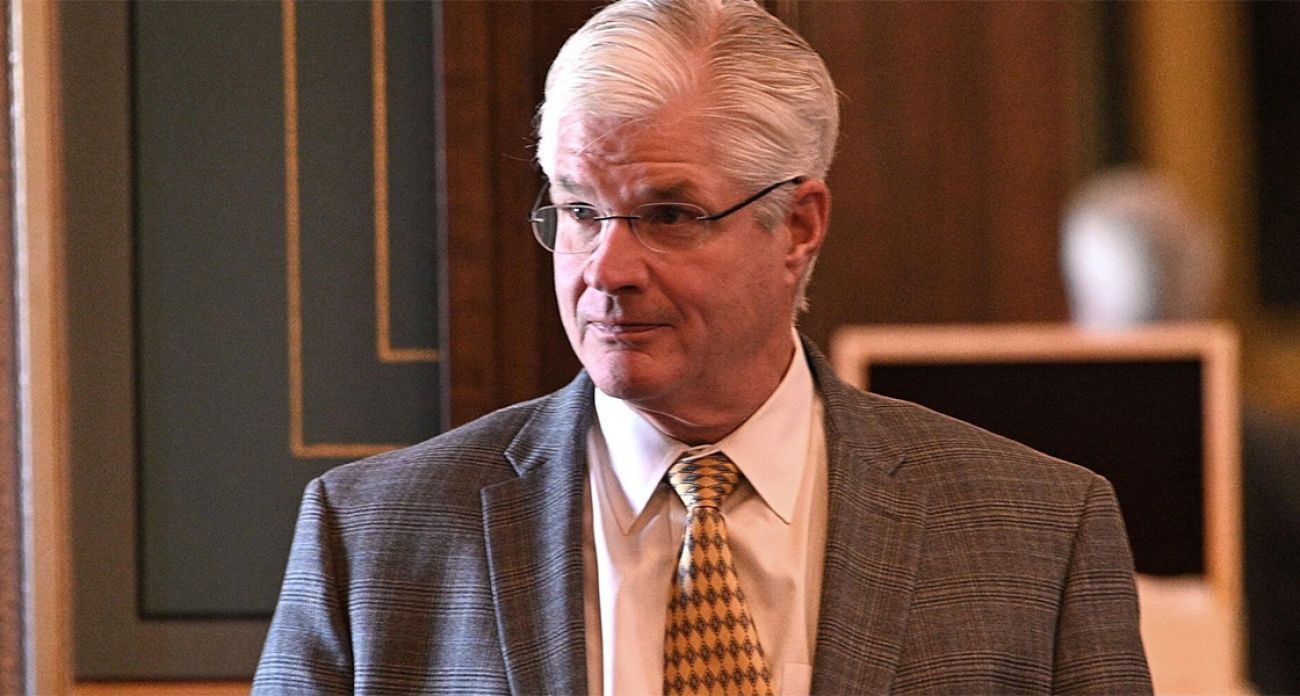 House bills purporting to impose more financial accountability on lawmakers were said to be watered down to gain the support of Senate Majority Leader Mike Shirkey, R-Clarklake, who has been wary of financial disclosure laws. (Bridge file photo)

Shirkey expressed his wariness of financial transparency recently to the editorial board at the Detroit News: "I've been a little reluctant to embrace financial disclosures and so that has been crafted in a way that I think we can live with because I didn't want that to get into your hands while people are serving and just give people a hard time over what their personal financial statements are.”

Asked by Bridge about any role by Shirkey in financial disclosure legislation, his spokesperson Abby Walls said: “You’d have to talk to the House of the particulars of that plan and what they’re looking to achieve with that bill. In general, Senator Shirkey is supportive of making government more accountable to the people of Michigan.”

“Basically, the heart of the disclosures is to stop conflicts of interest. This compromise makes it work. It gets Michigan's government away from self-reporting and an honor system to a stronger requirement with actual oversight. But it also removes that concern over politicization and ensures the reform will do its job without unnecessarily creating new avenues for partisan politics.”

Despite the lack of public transparency, the proposals earned praise from Voters Not Politicians, the nonprofit group whose mission is to make government more accountable to the public, which joined in a press release issued by political leaders.

“These bills won’t solve all of the problems in Lansing, but they will be an important first step to put us on the right track to ensure our politicians are accountable to us,” Nancy Wang, the group’s executive director, said in the release.

Wang did not respond to multiple interview requests from Bridge Michigan on the financial interest bill.

House Democratic Leader Donna Lasinski likewise lauded the measures in the same statement.  “These reforms represent meaningful, if incremental, steps that will help restore citizens’ faith in our government by increasing transparency and demanding high ethical standards from public servants.”

Lasinki, too, did not respond to an inquiry from Bridge.

Whitmer has also drawn criticism for approving confidential separation agreements and failing to follow through on a campaign pledge to make her office subject to the state Freedom of Information Act if lawmakers did not.

In the meantime, Michigan carries the dubious distinction of ranking dead last among states in a 2015 national study of state ethics and transparency, according to the Center for Public Integrity, fa nonprofit government watchdog organization.

Its failing grade was based in part on poor public access to government information, weak ethics enforcement and lack of a requirement that legislators disclose their assets.

It is one of only two states that fully exempts the governor’s office and Legislature from public records requests, another public disclosure shield lending to its ethics grade of ‘F’.

A separate, long-debated transparency package introduced in the House in March, would end that distinction by extending FOIA to the executive branch and creating a new Legislative Open Records Act.

That plan is backed by groups including the Michigan Press Association, Voters Not Politicians and the American Civil Liberties Union.

But Secretary of State Jocelyn Benson and others say the legislation does not go far enough because, among other problems, it would not allow residents to sue the Legislature if a request is denied, would allow legislators to destroy some communications before they become public and would shield all internal documents within political party caucuses in the House and Senate.

Steve Delie, executive director of the Michigan Coalition for Open Government, a nonprofit group that advocates for open government, considers that measure flawed as well.

“It’s not what I would have wanted, but’s better than what we have,” he told Bridge. (Disclosure: Bridge Michigan has a seat on the MICOG board of directors.)

Delie sees the proposed ethics committee oversight of legislator assets the same way ─ incremental, but at least a start.

“Is it as transparent as full disclosure? No. There’s no bones about it, by not having more financial disclosure, the public is not going to be able to hold their lawmakers accountable.

“But what we have now is nothing. This is better than nothing.”