Mushrooms and other psychedelics gain foothold in Michigan. What to know.

Michigan Government
Mushrooms and other psychedelics gain foothold in Michigan. What to know.

Think magic mushrooms are a relic of the counterculture 1960’s and 70’s? Think again.

Hazel Park recently became the third city in Michigan to decriminalize psychedelic plants and psilocybin mushrooms, as advocates collect signatures for a ballot measure that would do the same statewide.

Scientists and wellness companies around the world are studying the therapeutic benefits of psychedelic plants and fungi to treat inflammation, addiction, depression and anxiety, as pressure builds on the federal government to loosen research guidelines.

Under federal law, they remain, for now, illegal. But psychotherapists and entrepreneurs in the field of psychedelic medicine say the Food and Drug Administration could grant approval for MDMA, a form of ecstasy, in 2023 followed by psilocybin, the psychedelic ingredient in magic mushrooms, a year or two later.

Fourteen cities nationwide have passed similar legislation allowing people to cultivate, use and distribute the psychedelics. Oregon is the only state to decriminalize entheogenic drugs for medicinal purposes. Michigan, which legalized recreational marijuana in 2018, may be next.

Moss Herberholz, a graduate student and president of the Student Association for Psychedelic Studies at the University of Michigan, said statewide decriminalization is important because it reduces the risk people will face significant legal consequences for using entheogens.

“It’s really important to legalize these substances in a medical setting but also to decriminalize them because that eliminates or reduces the costs that are associated with people using these drugs,” Herberholz said. “People are going to use psychedelics for therapeutic intentions or not and if they’re caught right now they could be sent to prison or fined.”

“Psychedelics are not a panacea. Health and safety considerations are very important in relation to any use of a substance.”

Here’s what you need to know about the psychedelic plants and mushrooms, and why they are getting a closer look from scientists, policy experts and lawmakers.

What are entheogenic plants and fungi?

Entheogenic organisms, such as psilocybin mushrooms, ayahuasca, peyote and mescaline, have psychoactive chemicals that alter people’s moods and thoughts.

They were traditionally taken by indigenous people to invoke visual and spiritual experiences during religious rituals. It’s not certain when humans first started taking psychedelics, but there are records of them being used for spiritual rituals in ancient civilizations.

“We’re talking about plants or fungi that have been known about and used since time immemorial among traditional indigenous peoples in various parts of North, South, and Central America,” said Kenneth Tupper, an adjunct public health professor at the University of British Columbia.

Tupper, who has studied the uses and effects of psychedelics since 1999, told Bridge Michigan that indigenous people use entheogens for a variety of reasons that are intertwined with healing and spirituality.

Where in Michigan can I use entheogenic plants and mushrooms without getting arrested?

Ann Arbor, Detroit and Hazel Park City have all decriminalized the adult use of entheogenic plants.

Ann Arbor kicked off the decriminalization movement in September 2020 when it declared it would no longer arrest people for entheogenic plants and fungi “that can benefit psychological and physical wellness, support and enhance religious and spiritual practices, and can reestablish human’s inalienable and direct relationship to nature.”

Washtenaw County, which includes Ann Arbor, decriminalized its use in January 2021, with 61 percent of Detroit voters approving similar legislation in November. 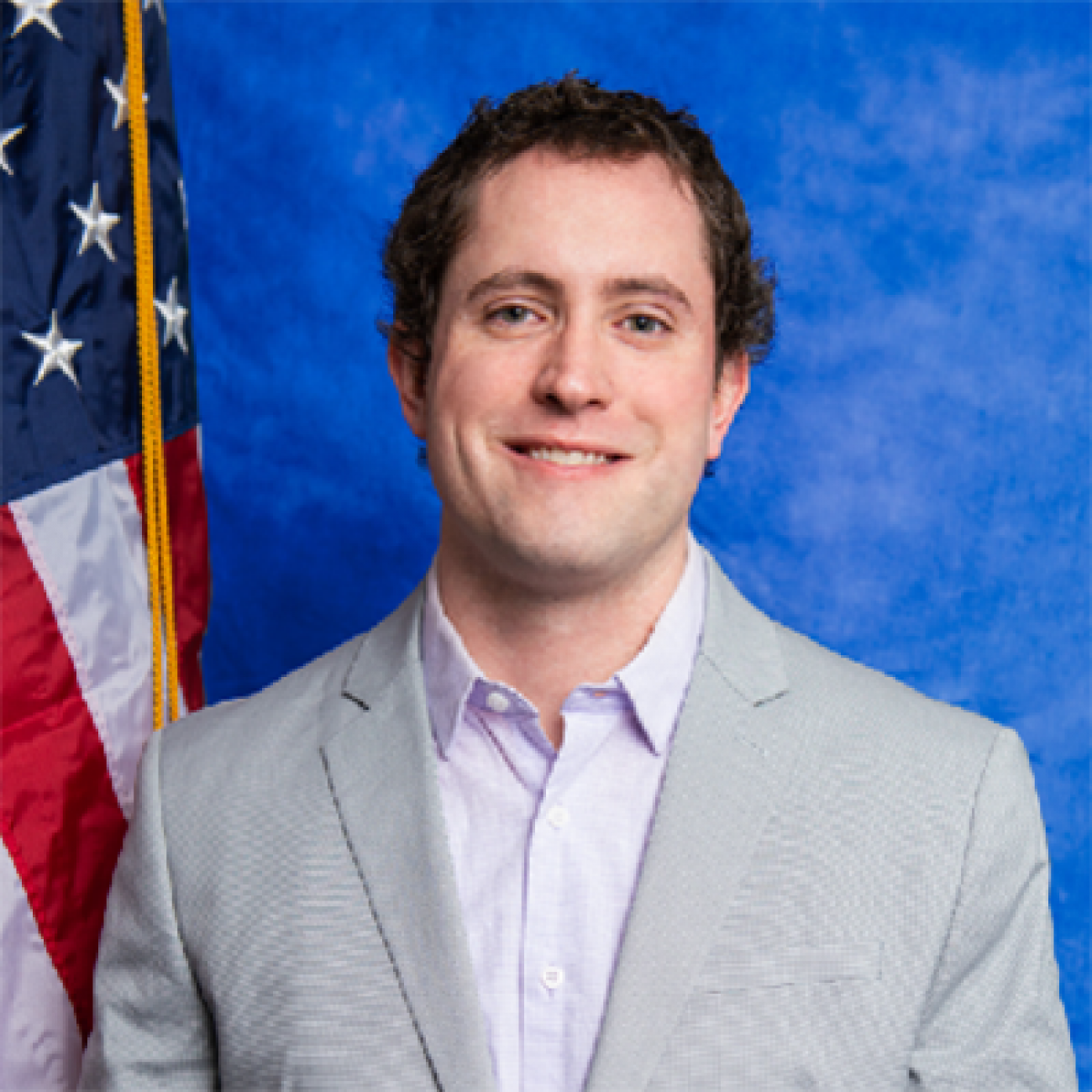 Hazel Park City Council member Luke Londo, who has used mushrooms to treat depression, said he anticipated the effort to decriminalize psychedelics would be controversial, but “everybody was on board.” (Courtesy Hazel Park)

“I was under the impression this was a controversial, divisive issue but I was wrong,” Londo said. “Everybody I talked to — business owners, stakeholders, residents — everybody was on board.”

Londo is not just a proponent of entheogenic plants and mushrooms, he’s a consumer of them as well. He said he started using psilocybin in 2008 to treat his depression and acute anxiety.

“It was important to me not to let my personal beliefs overshadow my responsibility to residents,” Londo said. “We made sure to hear from the public and make an informed decision.”

What’s the difference between legalization and decriminalization?

Legalization occurs when a drug is made legal under federal or state law. Decriminalization does not make a drug legal, but it means the legal system will no longer investigate or arrest people for using that drug.

It’s highly unlikely someone will get arrested for using entheogens if their city has decriminalized it, according to Hazel Park City Manager Ed Klobuchar.

Klobuchar said no one in his jurisdiction is interested in taking law enforcement action against residents using entheogenic substances for anxiety, depression or other ailments or for spiritual practices.

“Someone taking a small dose of these substances can have a degree of confidence that enforcement action isn’t going to be taken against them,” Klobuchar said.

Klobuchar said people can get arrested for possessing or distributing the substances to minors, driving under the influence of them, or causing a public disturbance because of them.

“You can’t start your own (commercial) growing facility for these plants or mushrooms,” Klobuchar said.

Will entheogens be decriminalized across Michigan?

Whether Michigan decriminalizes entheogens could soon be up to voters or possibly the legislature.

Myc Williams, co-director of Decriminalize Nature Michigan, is petitioning for statewide decriminalization as part of the ballot committee Michigan Initiative for Community Healing. The effort seeks to decriminalize entheogenic plants and mushrooms as well as reduce the maximum penalty for non-prescribed drugs from a felony to a misdemeanor.

Williams said he started using entheogenic substances in his 15-year recovery from addictive drugs. He’s said the dosage he takes helped him overcome and move forward from childhood trauma.

“We recognize this is a drug policy issue and that it only affects a select group of people whereas the racist war on drugs is harming many people,” Williams said. “All drugs outside of entheogens would not be decriminalized, but they would no longer be felonies in our state for possession and use.”

“By potentially decriminalizing it, you may run in the avenue of not receiving certain federal funds,” Lloyd said. “That is always the thing that states face if they choose to decriminalize something like this.”

A reappraisal of entheogens

U.S. laws classify entheogenic plants and magic mushrooms as Schedule I drugs, banned because they are considered to have no medical use and pose a high risk for abuse. However, recent studies show that psychedelics can be harmless and even beneficial when taken in combination with therapy.

Psychedelics made their way to Western society in 1938 when Swiss chemist Albert Hofmann started experimenting with LSD, a synthetic chemical made from a substance found in ergot, a fungus. In 1960, the pharmaceutical company Hofmann worked for sent psychedelics to Harvard psychologist Timothy Leary.

By the early 1970s, psychedelics were massively popular among young people which triggered a backlash from the FDA. The federal government outlawed the use of psychedelics and shut down all research related to them.

In 1971, the Journal of the American Medical Association warned that repeatedly using psychedelics would result in permanent personality deterioration. However, future research would show those fears were exaggerated.

Such studies prompted the FDA to approve several psychedelic study programs such as the Johns Hopkins Center for Psychedelic & Consciousness Research, which has shown there are medical benefits to taking entheogenic substances. In 2000, John Hopkins obtained regulatory approval to research psychedelics and six years later the center published its first study on the safety and positive impacts of psilocybin, which is found in magic mushrooms.

Since then, John Hopkins researchers have published more than 60 studies demonstrating the therapeutic benefits that safe doses of psychedelics can have on people suffering from depression, Alzheimer’s disease and addiction, with encouraging studies also recently published in The New England Journal of Medicine (on psilocybin for depression) and the journal Nature Medicine (on MDMA, also known as ecstacy, for severe PTSD).

How do entheogens help people?

According to research from the National Library of Medicine, psychedelic drugs can be used to treat illnesses such as depression, addiction, anxiety and posttraumatic stress disorder. However, a direct link between these drugs and treating the illness is lacking.

Even so, Tupper said, what is known is that using psychedelic drugs while undergoing psychoactive therapy has helped people overcome their mental illnesses and trauma.

In Canada, the government allows qualified patients to use entheogenic drugs for therapeutic and medicinal purposes.

The psychotherapy process is broken into three phases: preparation, treatment and integration, according to Holly Bennett, spokesperson for TheraPsil, a nonprofit that helps Canadians access psilocybin-assisted psychotherapy.

Bennett said the preparatory stage is used to gauge what issues may come up during treatment and to build trust. Treatment begins once the patient is comfortable, and in the presence of two psychotherapy sitters.

That might include having patients journal their thoughts on treatment and noticing shifts in their views or habits.

What are the risks of taking entheogens?

Apart from the spiritual or therapeutic use of entheogens, typical users tend to be younger, often fairly educated and are seeking to broaden their cognitive experiences.

Generally, the health risks in taking entheogenic plants and mushrooms are relatively low. According to a 2018 National Health Statistics Report on 2013 hospitalization data, about 600 of 87,000 emergency department visits involving substance use involved hallucinogens.

There are no documented cases of fatalities as a result of overdosing on psilocybin mushrooms or entheogenic plants, according to the American Addiction Centers. There are also no reports of physical dependence on these drugs. But, like marijuana or alcohol, the use of substances like mushrooms can cloud judgment, which carries its own risks.

These substances also can be dangerous when mixed with other drugs. Tupper said psychedelics are “powerful tools and like any tool, they can have a positive or negative effect depending on who is using them.”